Kamen Rider, aka Masked Rider, is a long-running Japanese Tokusatsu series. It’s the one with buggy looking guys on motorcycles. Kamen Rider 555, or alternatively, Kamen Rider Faiz, was the 13th installment In the franchise, originally airing from 2003 to 2004.

Faiz was somewhat unique in the Kamen Rider franchise in that the show featured transforming Mecha. With all those motorcycles, it’s surprising that it took so long to make few of them turn into robots. I’m glad they did.

The Auto Vajin was our protagonist’s ride and fighting companion. Bandai released this deluxe set when the show aired, and has subsequently released a couple versions of the Auto Vajin in the SIC and Figuarts series. The new ones are more refined, but the original holds a special place in my heart. I remember lusting after pictures of the AV and Side Basharr on Toybox DX way back when. With the explosion of the internet and eBay, my horizons were being broadened into an awareness of all kinds of cool stuff. 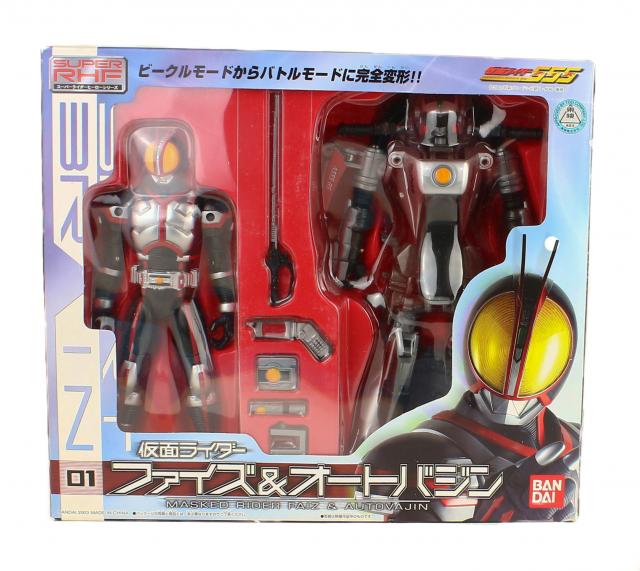 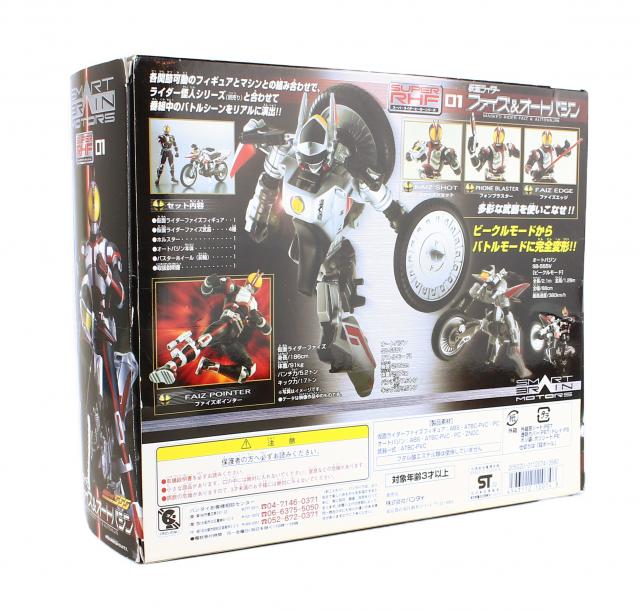 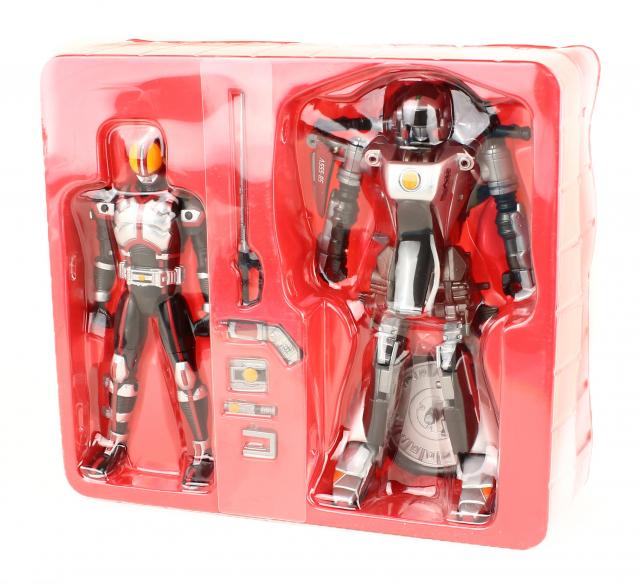 This set is a solid example of early-aught Bandai design: sturdy construction, involved but not overly complex transformation, selective use of die cast metal, some tampo printing. In retrospect, ridiculously nice for a mass market toy. 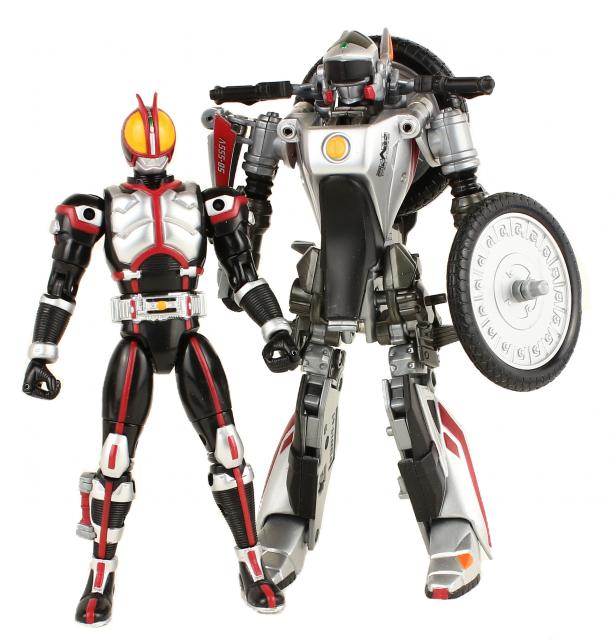 The figure is fine, if undistinguished. It does everything you'd want. It has fiddly little accessories. 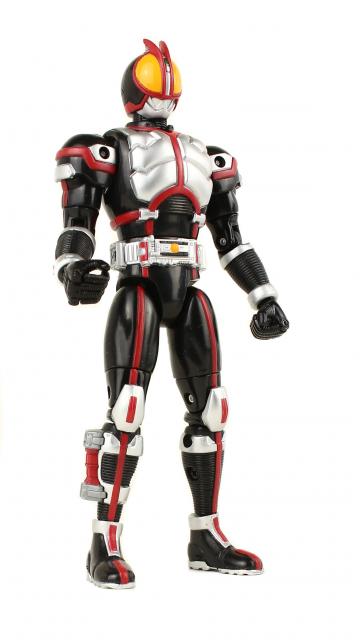 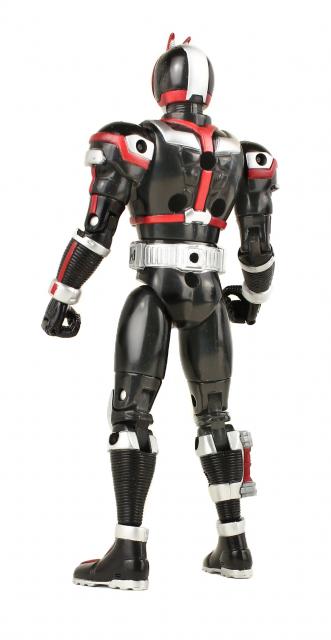 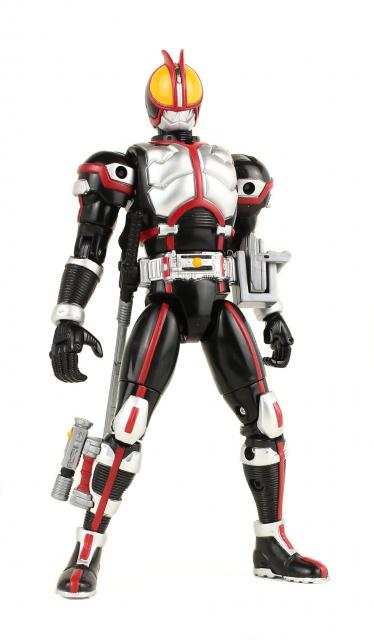 The star of the show is the Auto Vajin, of course. He is a delight. Transforming motorcycle mecha are notoriously tough to get right, and this design is comparatively elegant. Intricate but not maddening, balanced between the goofy simplicity of Cy-kill and the labyrinthine excesses of the Mospeada Ride Armor. It's fun, is what I'm saying, and it transforms from a motorcycle into a robot. 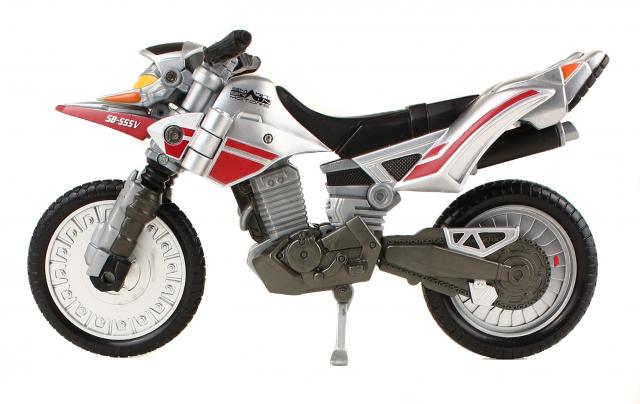 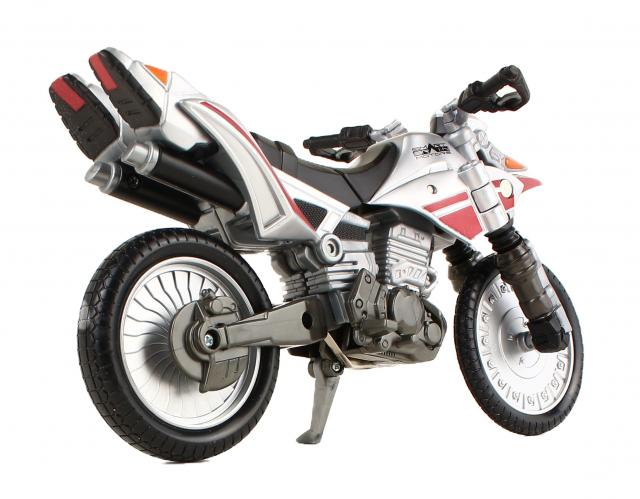 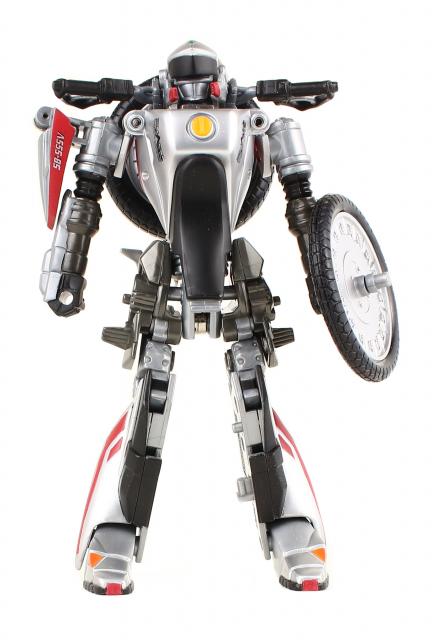 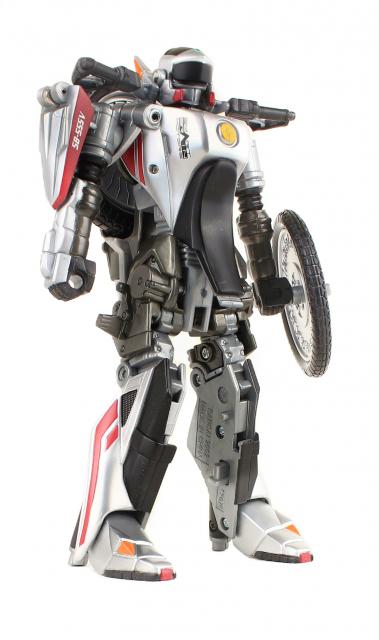 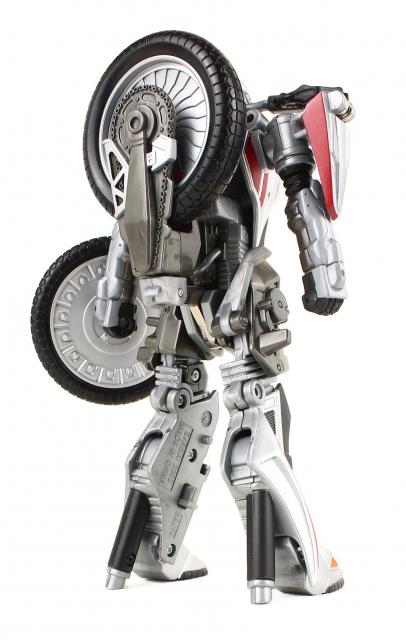 It’s very pretty and convincing in both modes. The motorcycle has a lean dirtbike-like aesthetic and looks nothing like a crumpled up robot. There's a kickstand. Die cast is used in the swingarm which connects the rear wheel, and at the connector for the front mudguard. Just enough to provide strength and heft. It it does simple things well, like allowing for the figure to actually sit on the motorcycle without twenty minutes of fiddling. The wheels are hard plastic and roll just fine. 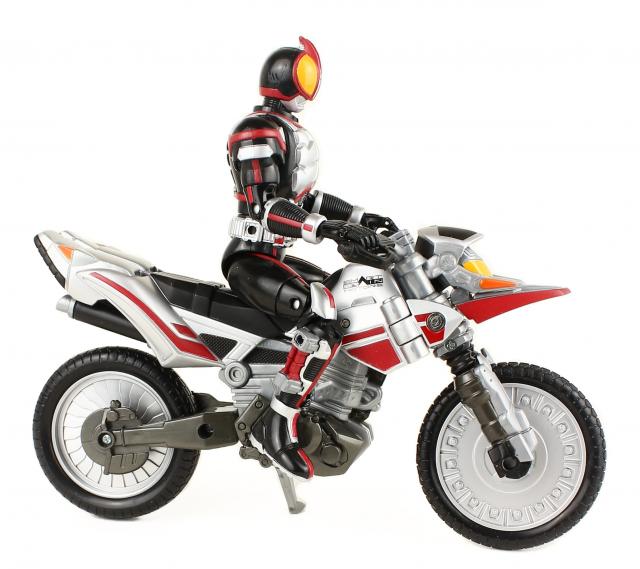 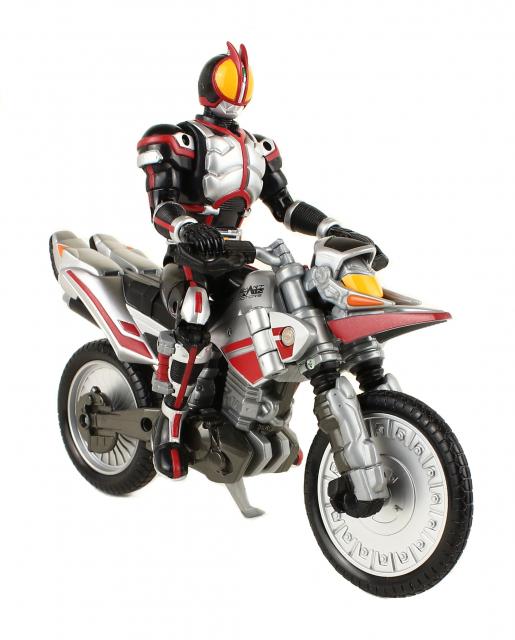 Articulation is not great, but respectable for the era. The figure has a lot of joints, but the AV is a brick. Arms rotate at the shoulder, knees bend but there’s no use posing it really. I'll spare you an awkward photo of it's arms outstretched and kind of squatting. Here's a nice picture of detail instead. 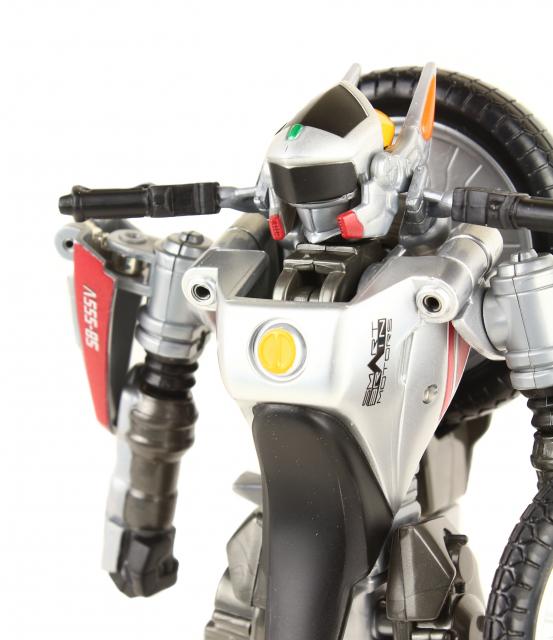 Weird to think that this thing is 15 years old. It felt very fresh then. It’s aged well.