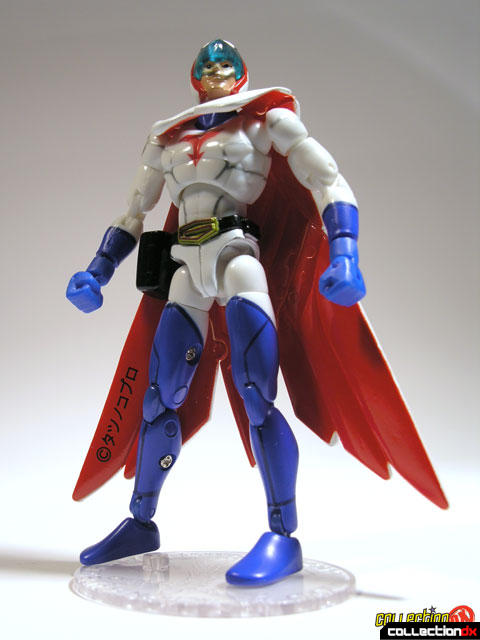 I picked up this guy during my visit to Tokyo in 2003. Yes, I am just getting around to reviewing it now. He was bought at the Toys R Us in Odaiba, right off the shelf. It was a good feeling to buy a Japanese toy in a Japanese toy store.

Gachaman is technically part of the Microman line, although he has little in common with other Micromen. It uses a newer body style and does not have the traditional chromed head. 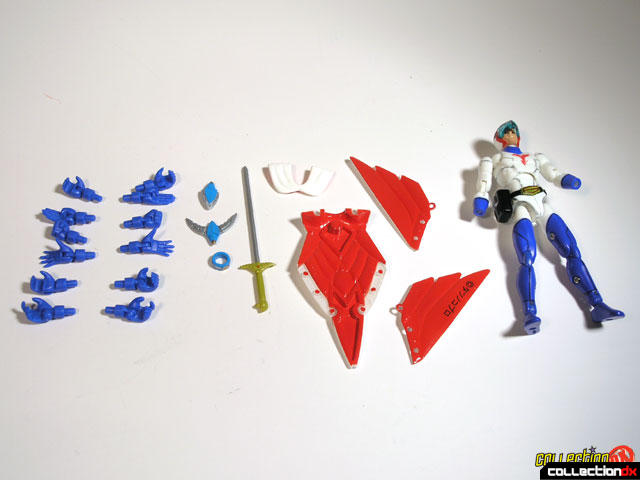 It comes with tons of accessories, including variant hands, a sword, 2 birdarangs, communicator watch and a cape, which comes in several parts. One notable omission is a stand. The stand shown in this review is from Acrodita, one of the Microman Acroyer Ladies.

The figure is insanely articulated, like most Microman. At 4" inches tall, it has more points of articulation than most 12" figures. It can stand pretty well on its own, but having a stand is helpful. 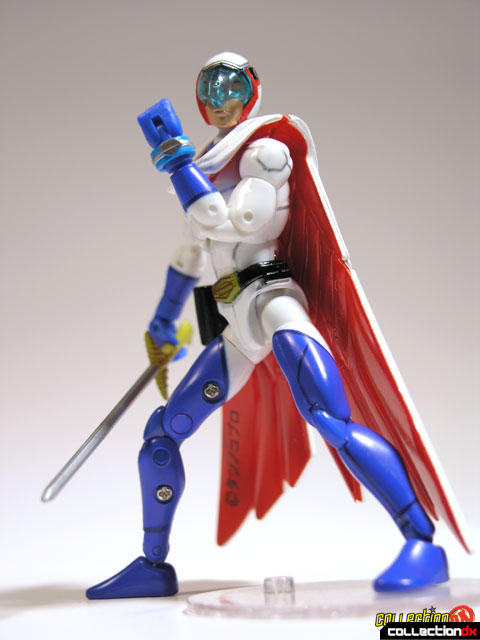 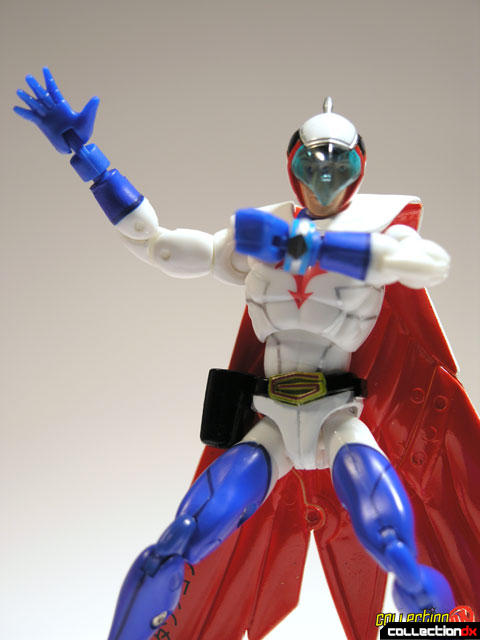 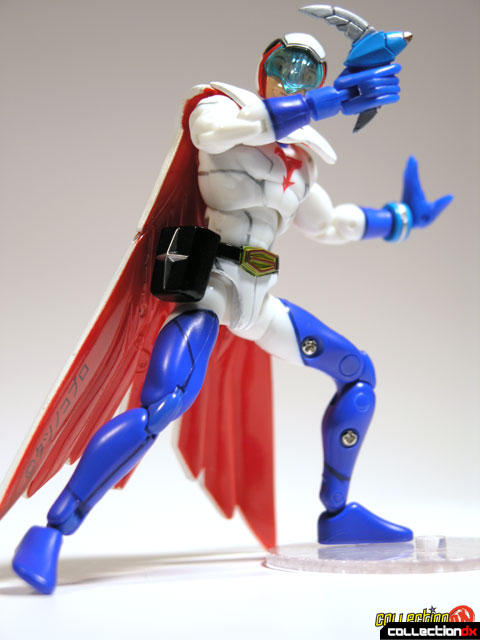 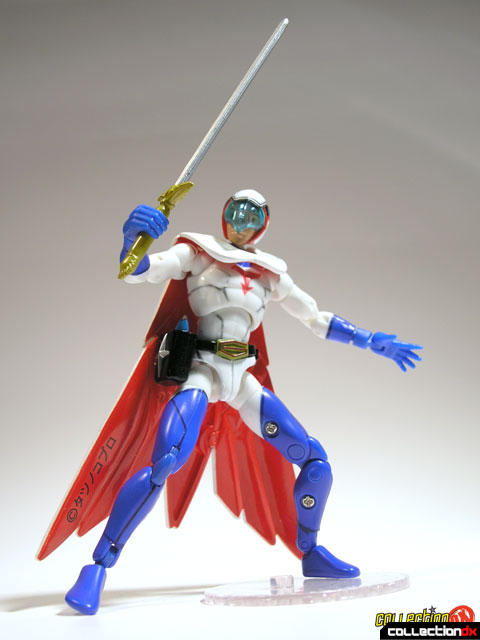 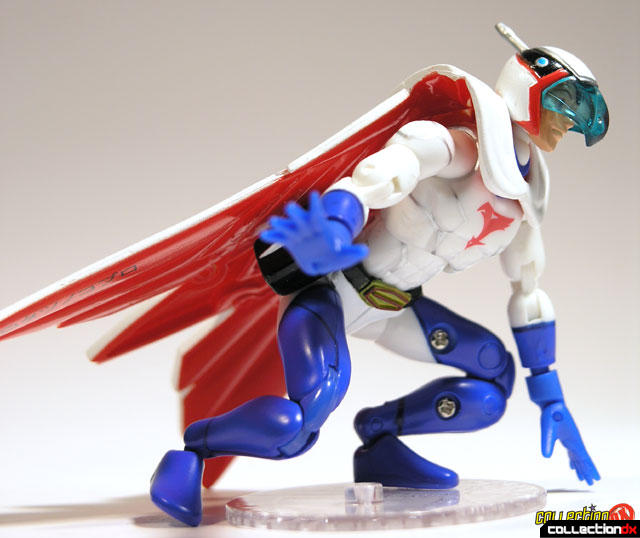 So what's not to like? I few things, but nothing major. The first issue I have is with the cape. The main part of the cape plugs into a hole in the figure back, then the neck part plugs into that. The tips of the cape have to snap on as well. Unfortunately, none of these connections are secure, so the cape falls apart at the slightest touch. Also, when I first got this toy in 2003, I was able to swap out the fists with ease. Now, 2 years later, I cannot push the fists in all the way once replaced. I don't know why.

Diamond Comic Distributors brought these to the USA in 2003, and they were pretty inexpensive - around $7 bucks. That's not a lot for a pretty good figure. I wouldn't have paid to have it imported, but if you see one cheap, go for it.