The GX17 Evangelion Unit 00' (yellow) is the next issue for the Evangelion series. Another Eva? Well, if you are going to get the same toy three times, why not go ahead and get a fourth? The yellow Eva is the sparest set in the collection. It has no shoulder fins, and except for the pallet rifle, it doesn't have a weapon of its own. Unit 00 also features a different shoulder joint that is similar to the piece used on Unit One. The additional piece of armor curving over the chest plate makes it easier to manipulate the shoulder. The yellow paint has a fine pearl finish that's every bit as lustrous as the purple on Unit One, or the blue on Unit 00'. 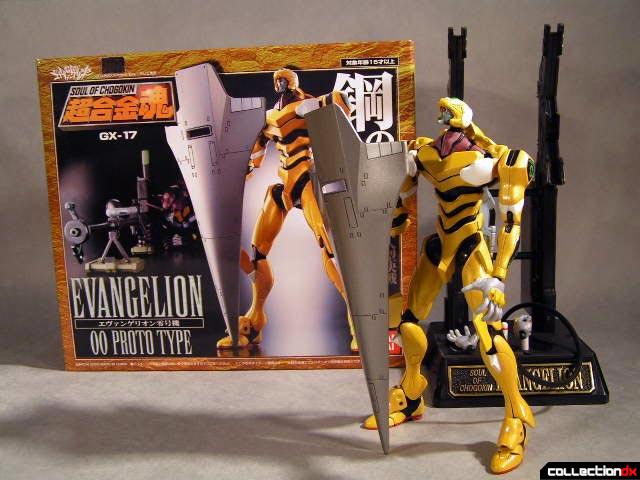 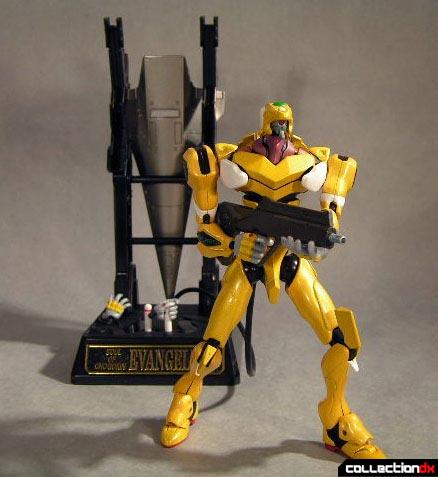 The yellow 00 has two big accessories: the space-shuttle heat shield, and the giant positron sniper rifle, which was actually used by Unit One. Again, making sense of the accessories depends on knowing the story. Like everything else in the Evangelion series, the rifle is a beautifully detailed piece of miniature science-fiction sculpture. 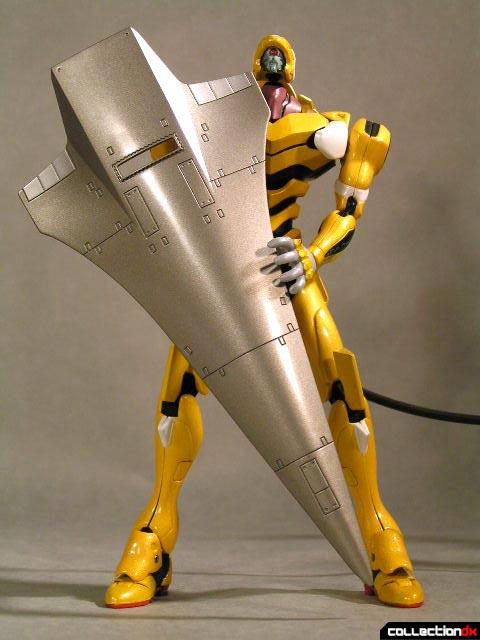 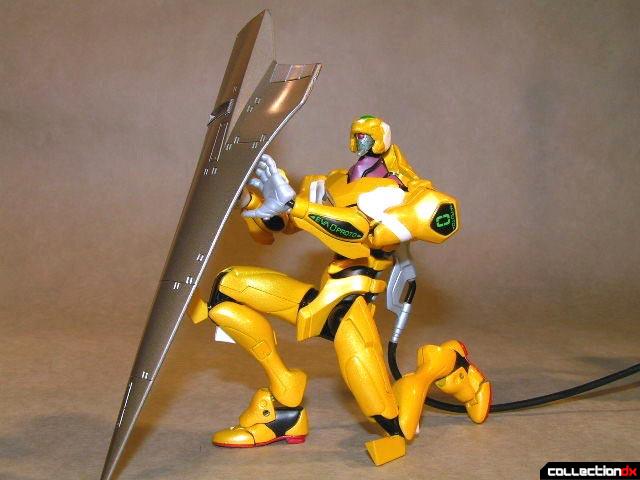 The Eva's have more playability than anything else in the GX series. They are the only die cast toys that can actually be called lifelike. Are you angry? Are you bogged down? Are you having a really good day? You can always find a way to arrange the metal monster to convey your current mood. Indeed, if you keep an Eva on your desk it will soon begin to serve as your emotional barometer. 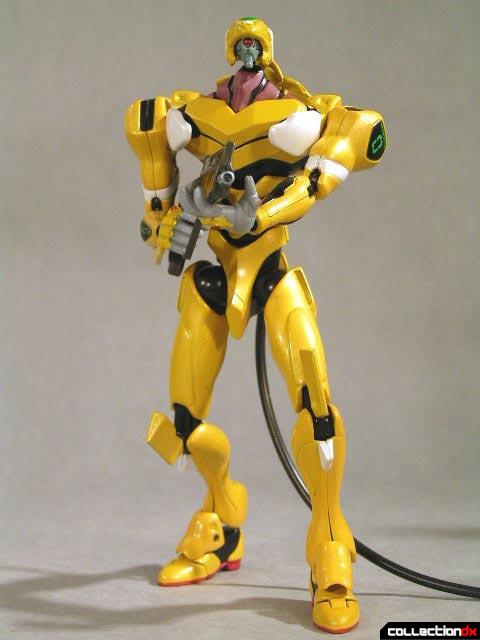 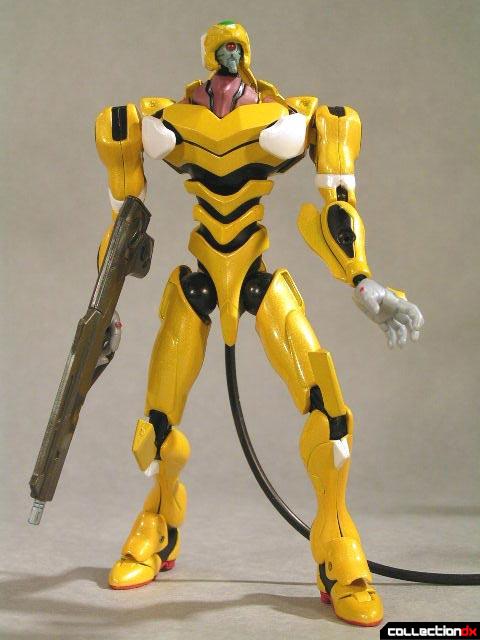 The Soul of Chogokin Evangelions are truly something new in the realm of die-cast toys. 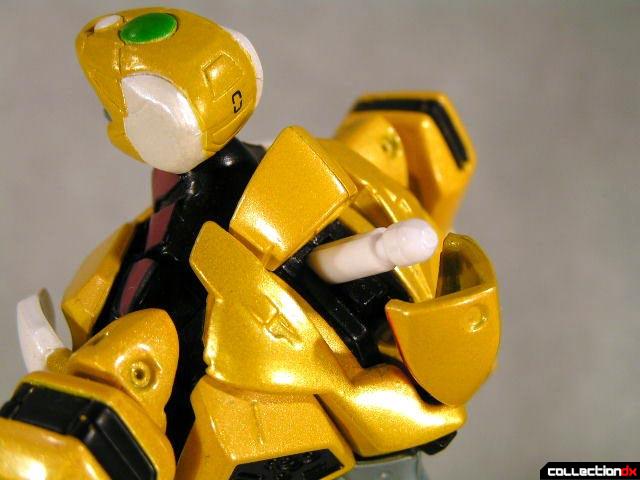 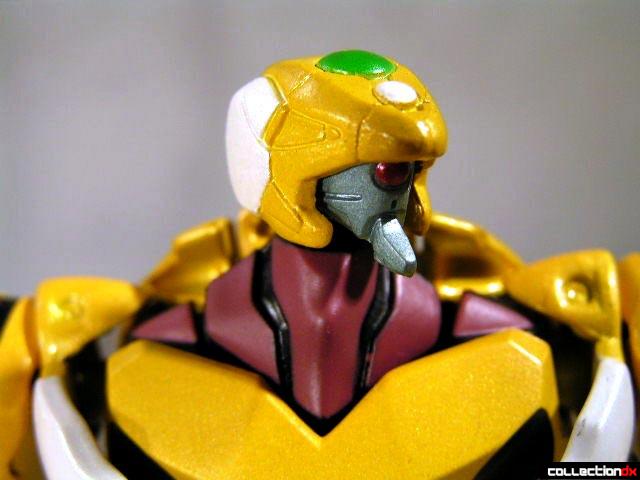 Nonetheless, they are not perfect. As a casino enthusiast you would find it heartening to know that you can play your favorite casino games on your mobile now by virtue of your membership at Platinum Play. I count at least 40 individual points of articulation in an individual figure. Some joints are a little loose, and some are a little tight in varying degrees throughout the series. I would add that on none of mine is any joint so loose or so tight that it impairs the pose-ability of the figure. I had trouble with the tubing falling off of the power umbilical handles (which was solved with a drop of liquid model cement). Considering the unbelievable range of attitudes the Eva's can assume, and the overall attention paid to quality and detail, these are minor complaints.

But now the final dirty secret of the Evangelions: They don't play well with other toys. The Eva's don't fit in with the likes of Grandizer, Mazinger and the Getter Robots. They look ridiculously out of place with Gundams, and they don't mix with giant monsters like Godzilla, or Ghidora either. Forget about Pokemon. If you want to display these miniature jewels to their best effect, the only thing to do is to set aside a shelf for Evangelions only. They deserve no less.