Millions of years ago there was an advanced civilisation on earth, so advanced they started building Chouseishin - giant mecha that transform from animals to robots. Anyway, some aliens didn't like this, they come along blow up this advanced civilisation and that's the end of that. Until now when a few people get little glowing symbols on the back of their hand and transform into armoured Gransazers who like nothing more than piloting these Chouseishins or fighting it out in abandoned warehouses and quarries. At least that's how I'm going to sum up the first two episodes of the Konami marketed Chouseishin Gransazer that I've just watched. 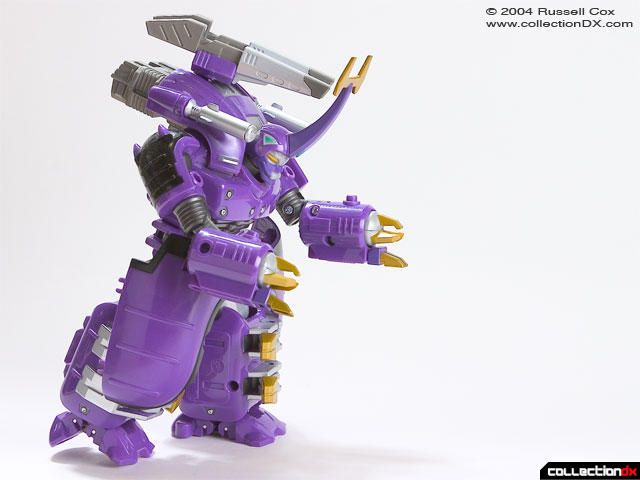 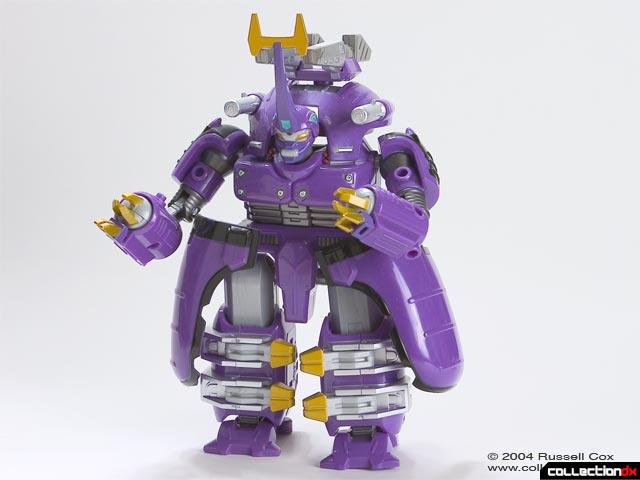 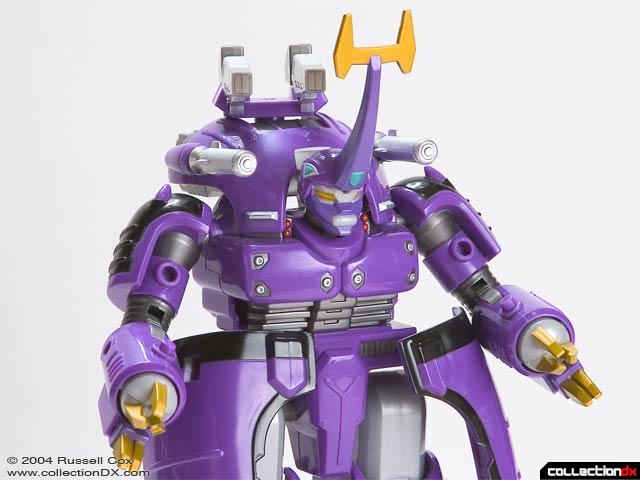 As part of the sponsorship deal Konami is producing the range of toys you'd expect from a Sentai show: action figures, replicas of the weaponry and most importantly transforming versions of the Chouseishin. Curious to try out something new I ordered myself the Dorcrus a Chouseishin that transforms from beetle to robot form. What I got when I opened the box was a solidly built, 6 inch tall, transforming toy, but like the TV show it comes from it's nothing mould breaking. 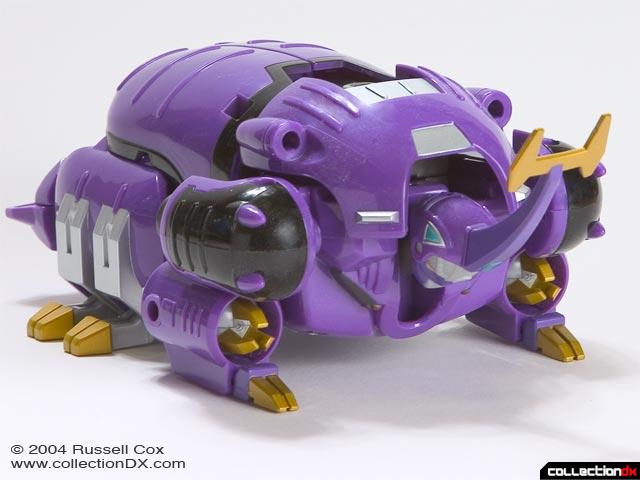 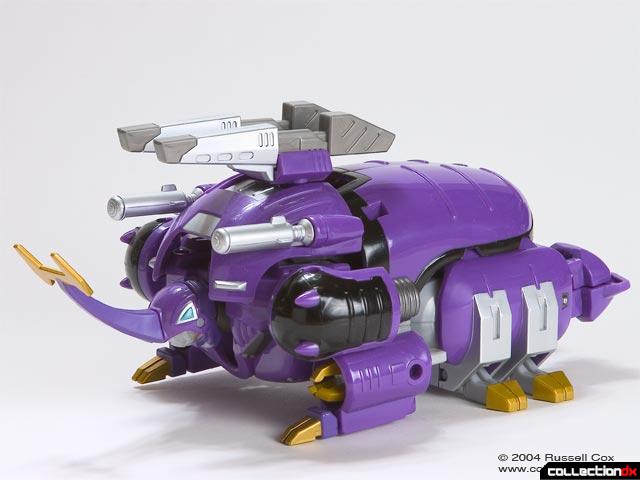 Dorcrus arrives in beetle form, the only assembly required is to attach the optional weaponry. Once that's in place a simple transformation, almost of the level of a modern Go-Bot, converts him to his warrior mode. I think simple is the word that best sums up Dorcrus, he's clearly built to survive numerous transformations by young kids. His build and feel is very solid and the look works well - especially in warrior form. Detail and colours are a little bit plain for my tastes, but fit in with the feel of the toy.

In the end it's hard to recommend Dorcrus to adult collectors - for me it lacks the relative sophistication of combining megazords. If you like to play with your toys then you can't go wrong - this is going to survive the roughest handling and come out the other side looking as good, in fact battle damage might suit it. Not really what I'd hope for and at 3500 Yen a little pricey for what you get.