Black Ham Gear is the first enemy robot release in the Megahouses ROBONIMAL vinyl series. The first release was the legendary Panda Z. 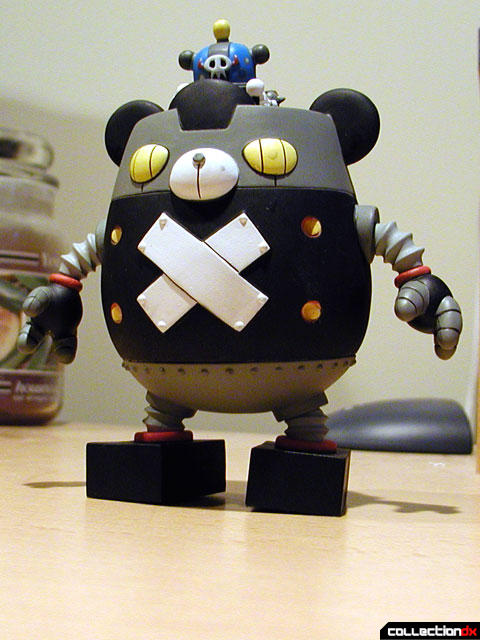 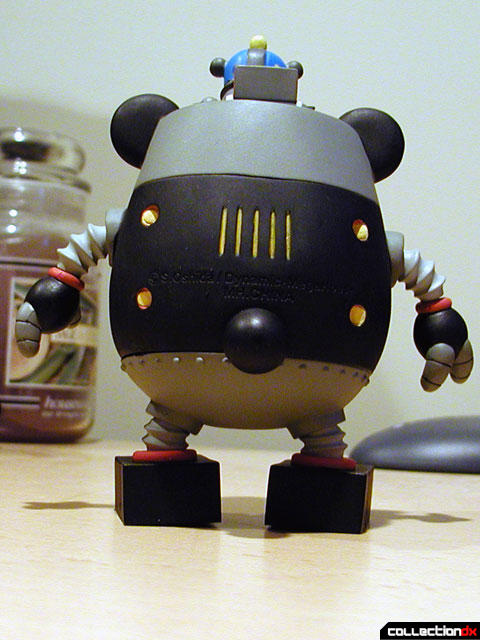 Black Ham Gear is piloted by the evil Dr. Jangarly, a robotic mouse, with a see-through mechanical head. (the toy does not have this feature, although it would have been VERY cool.) 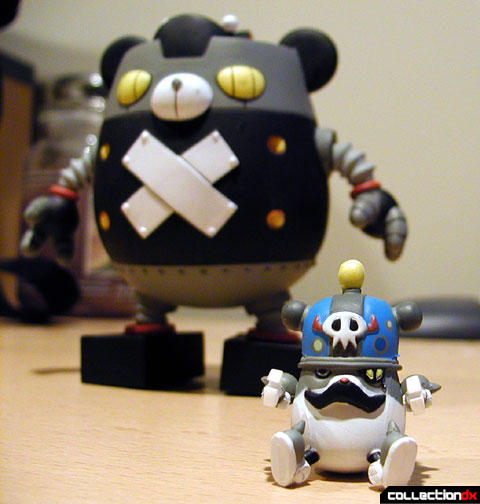 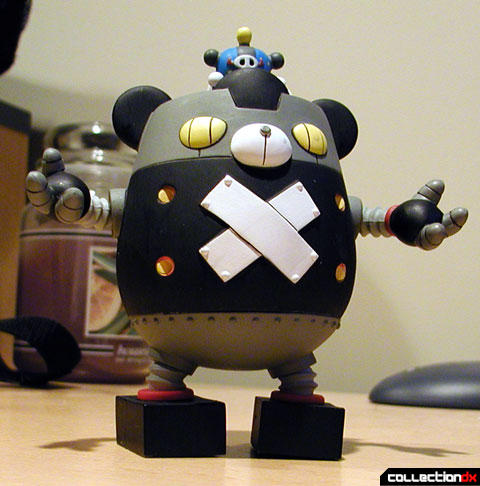 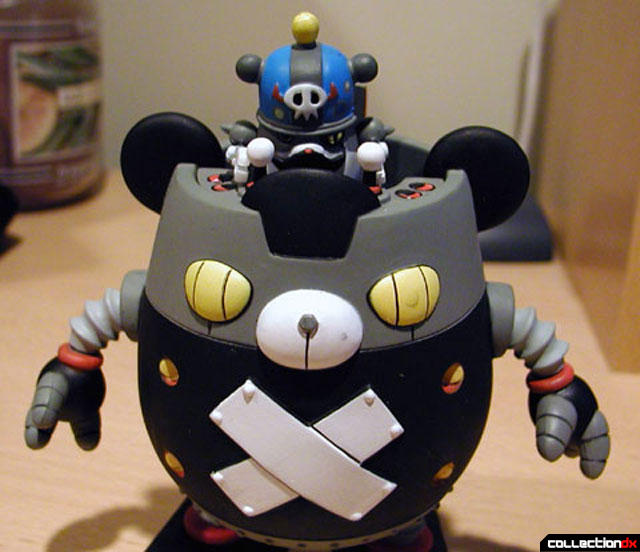 Black Ham Gear is either a mouse or a hamster. He is considerably shorter than Panda Z, who will totally kick his ass. Dr. Jangarly can be removed from the cockpit, and features articulated arms. Black Ham Gear is articulated at the shoulders, wrists and legs. He has full paint detail in the cockpit, and even the thrusters under the feet are detailed. 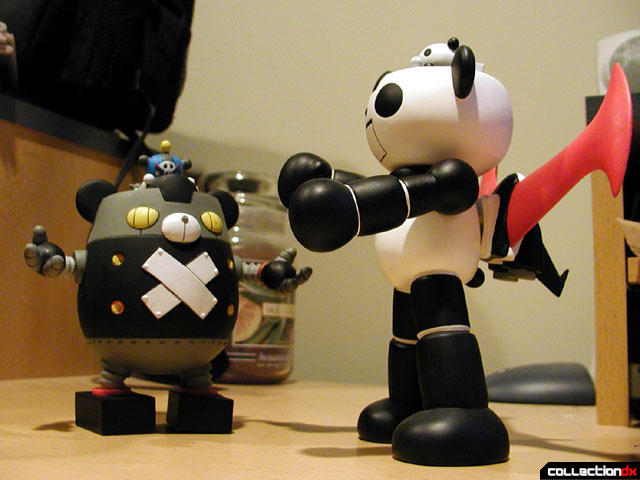 He has a funky, steam-punk feel, but he lacks the innocent charm of Panda Z. Still, if you have a fetish for robotic animal kikaiju, Black Ham Gear is for you.