In 2002 NECA released a 12" figure of Vincent Price in their line of "Reel Toys", as he appeared in the 1963 film from A.I.P. and directed by Roger Corman. Starring alongside Price in this film were legendary horror stars Boris Karloff and Peter Lorre, but unfortunately those two did not get their own toys. Actually, this figure comes with a small Raven accessory so I guess you could say that Lorre did get released, since he was changed into a raven by Karloff's character!

When this figure first came out, I wasn't buying any of the 12" monster toys on the market and even when I started to, it wasn't a priority. Now, I love Vincent Price, but a wizard in a furry robe just has to take a back seat to actual monsters. It just has to be that way. But I put it on my Amazon wish list and it found it's way into my collection this past Christmas.

So, now that I finally have it, do I like it? Yeah, but not quite as much as the Sideshow 12" monsters. The likeness of Vincent Price is really spot on and the costume seems well made, but the paint could have been better. The tip of the nose on mine chipped off just from brushing against the cellophane window of the box (before I even opened it) and I just noticed that when I took his hat off, there were black marks left on his forehead. 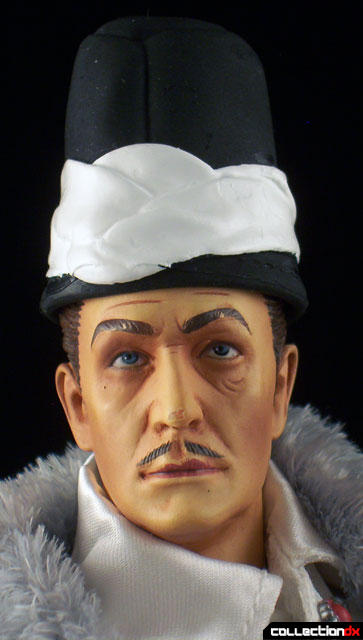 One thing that I'm sort of divided on is the hands. Unlike the Sideshow figures, this toy's hands are actually made of a flexible rubber that allows you to pose the fingers however you choose. But the material looks sort of funny to me. I think I would have loved something like this on the Sideshow figures since many of those have accessories that they should be able to hold (but often can't). 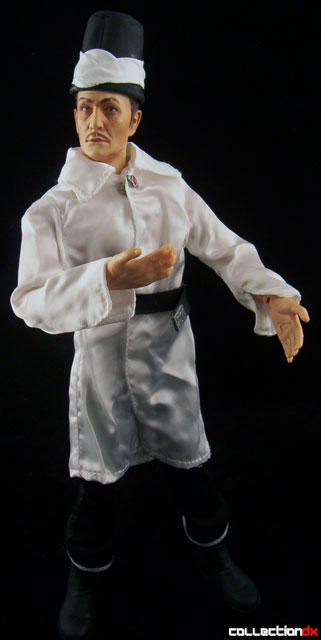 The only accessory included with the toy is a small plastic Raven, cast entirely in black with spots of red in the eyes. Mine actually has a spot of red on the back and on the chest too, though. 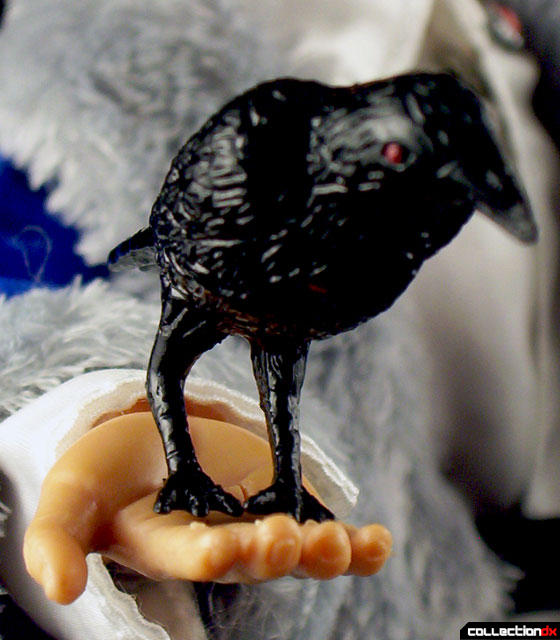 As mentioned before, the toy comes in a box with a cellophane front, but no outer lid this time around. But if you want to display this with your other 12" monster figure boxes, just flip it around. The back side features art from the movie. This Vincent Price figure is nice to have, but not a must own, in my opinion. At least not right away. Get all the monsters first, then come back for this one. It was limited to 5,000 pieces, but can still be had for about retail on Ebay. 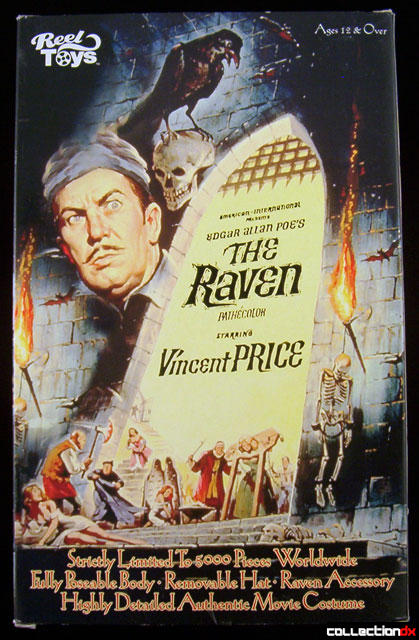 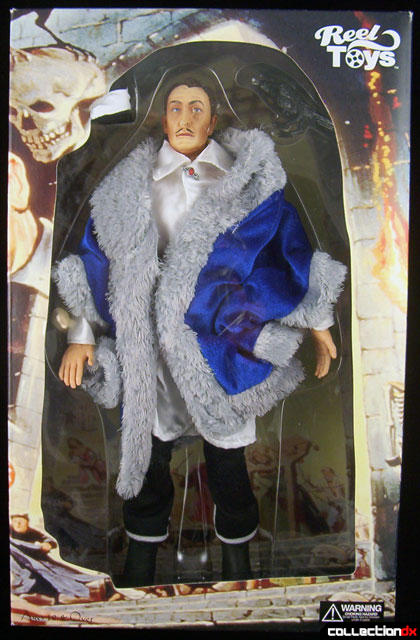 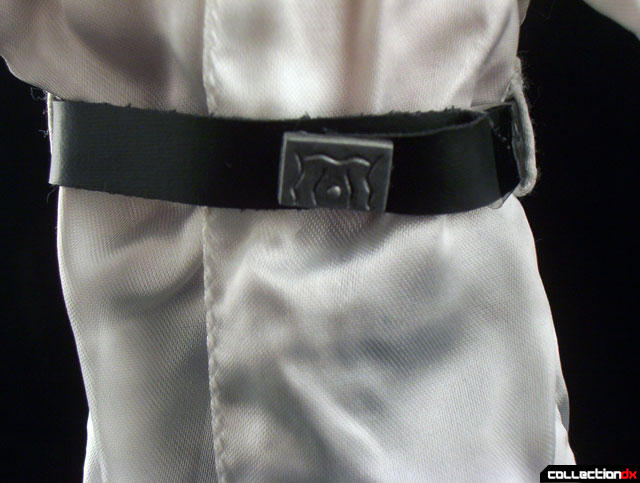 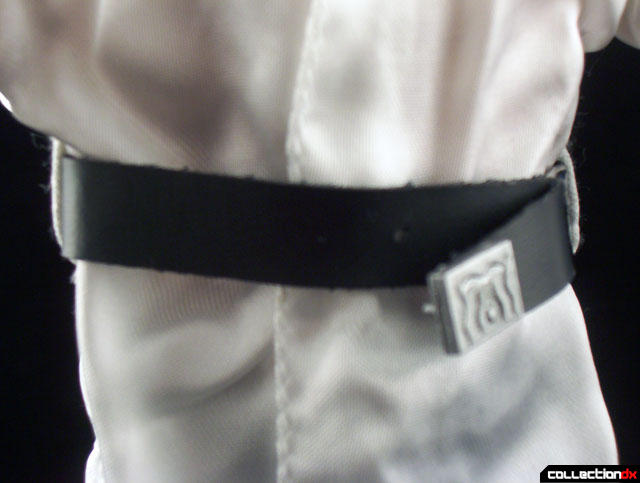 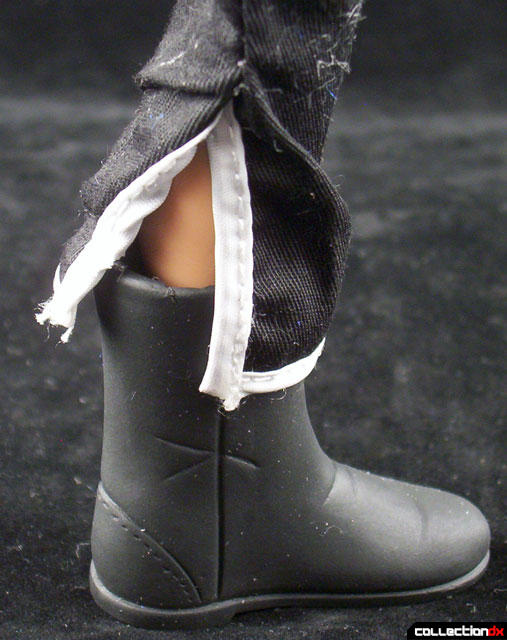 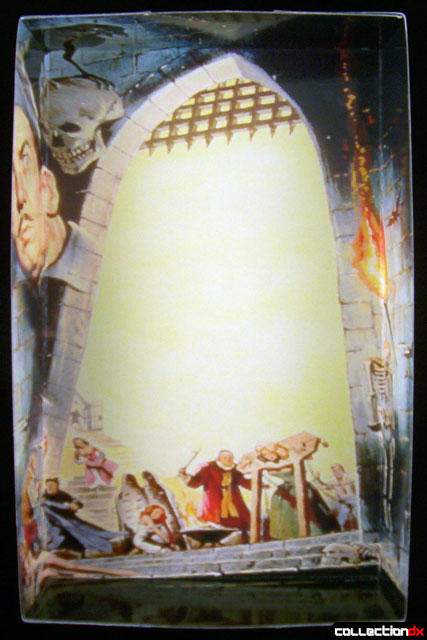 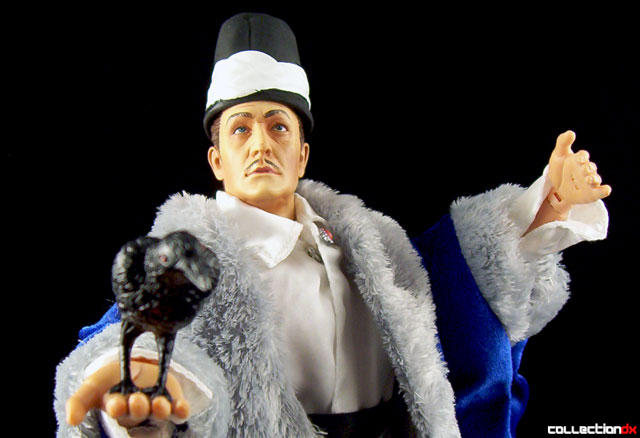 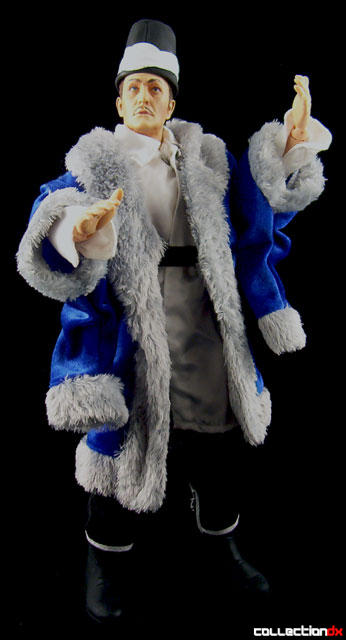 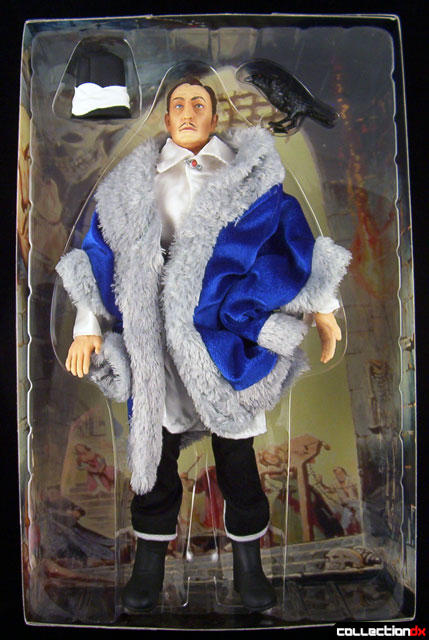 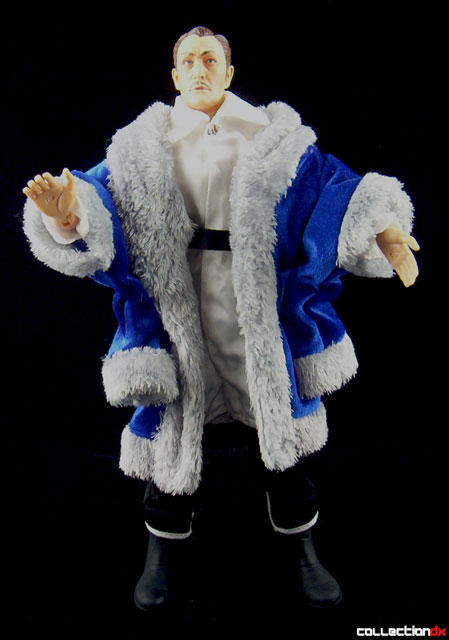 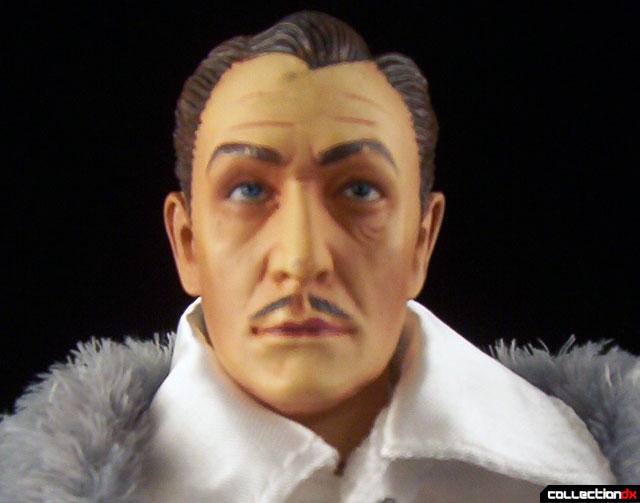 I just watched this movie last week on the Comet channel. It was pretty good considering it's age. It also stars a young Jack Nicholson! And all 3 women in this film were gorgeously voluptuous. I liked the premise of how it loosely adapted Poe's The Raven while integrating a story of rival sorcerers. I wouldn't mind if a modern remake was made that utilized the cutting edge special effects of today.