Overload is a chunky boi. 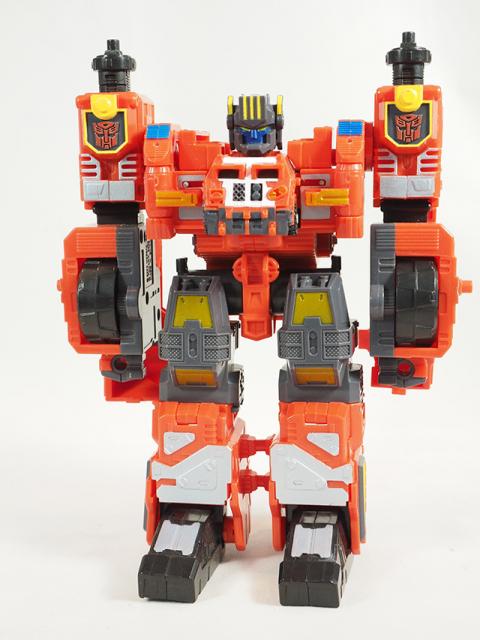 Overload is actually two robots - the smaller one is called Rollout, but when combined with his trailer, he becomes Overload. As a stand-alone toy, he's not great. He feels light and hollow, has an interesting transformation. But where this toy shines is how he acts as power-ups to Optimus Prime.

First up is Rollout, he's a little firetruck, only a few inches tall. Bigger than a minicon, but just. He's got great paint detail on his head, despite his size. 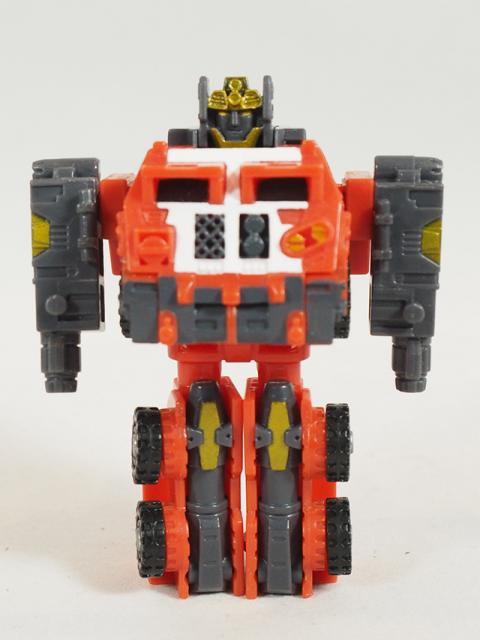 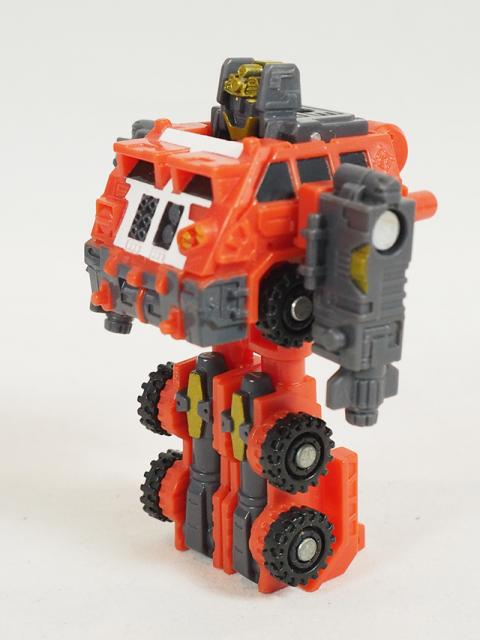 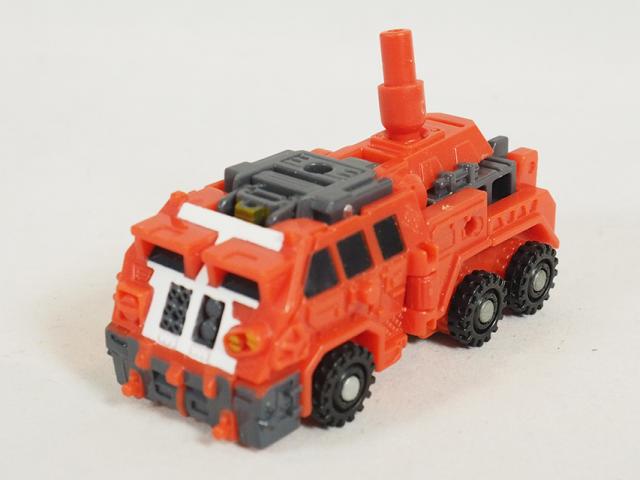 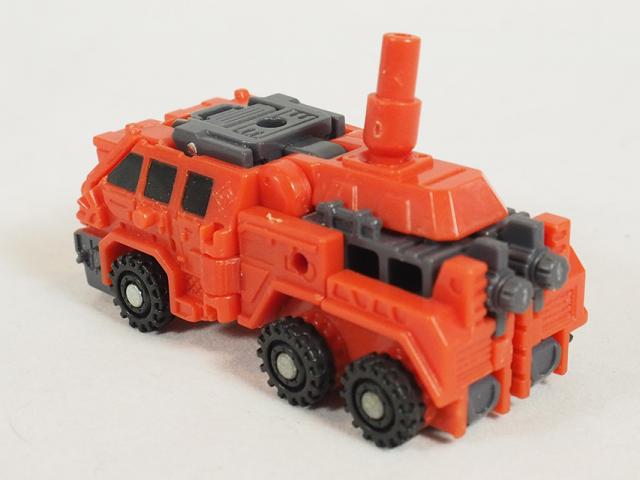 This little guy pulls this giant trailer. It's rather silly looking. 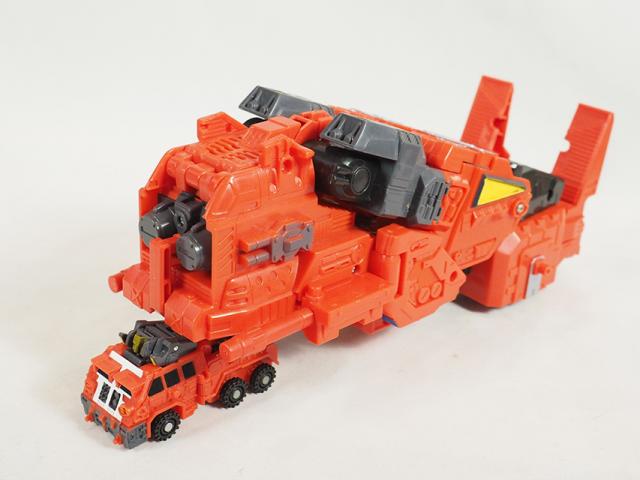 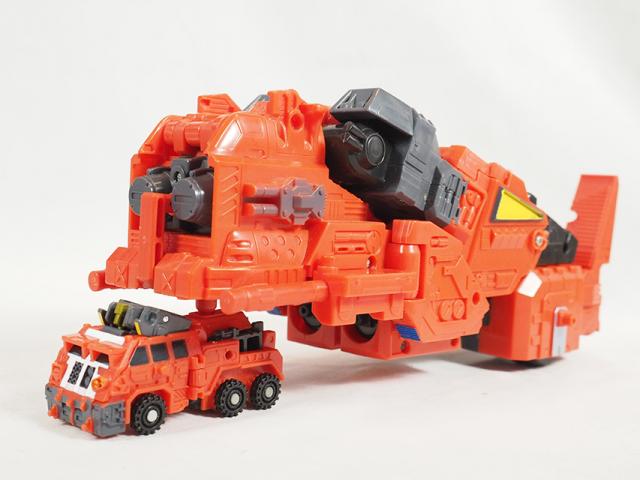 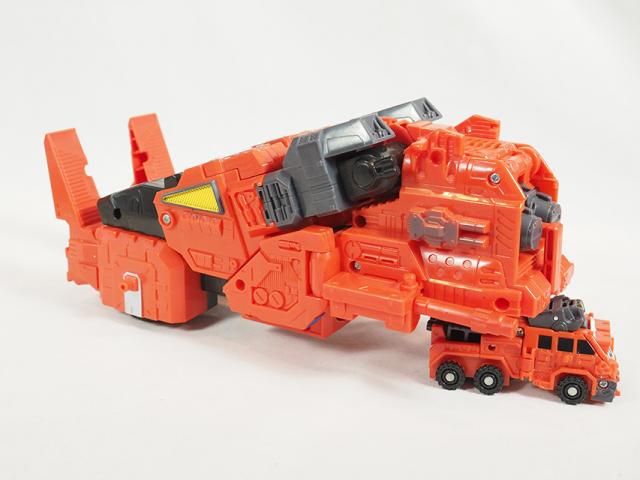 Do the transformation and flip up the top of Rollout to reveal the head, then dock it at the top to form Overload. 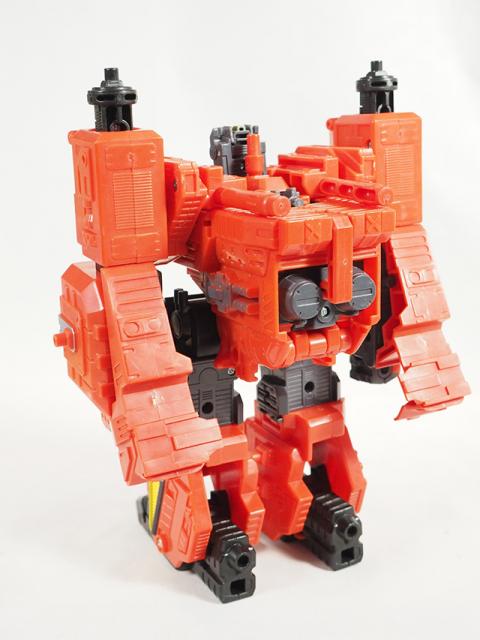 He's quite the brick in this mode, but Overload's strength is not in his robot mode. There are quite a few mini-con ports all over the figure, I counted six. 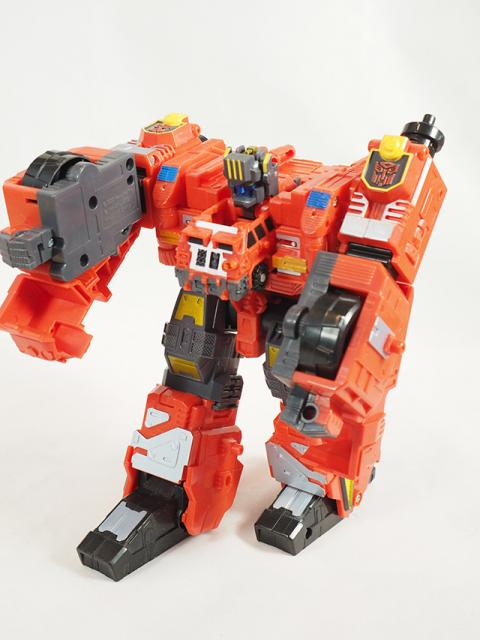 He's just sort of ugly, and the plastic feels like lesser quality than Prime. There's a small bit that broke off on the legs of mine, try not to look at it. Transformers plastic normally does not shatter like this though. 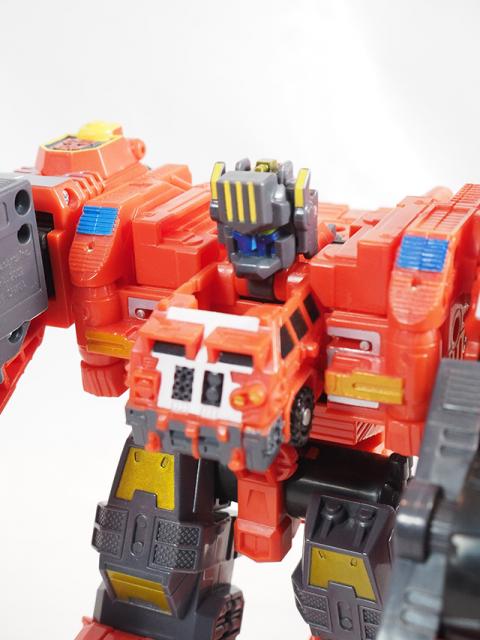 Overload can also become a trailer to Optimus Prime. If you add Jetfire into the mix, Overload acts as a carrier for him, but we'll see that when we review Jetfire. The trailer can be directly mounted to the cab of Prime, or attached to the back of Prime's trailer. 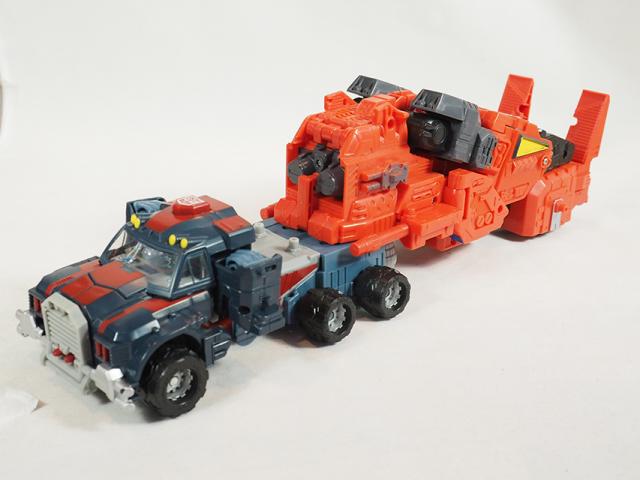 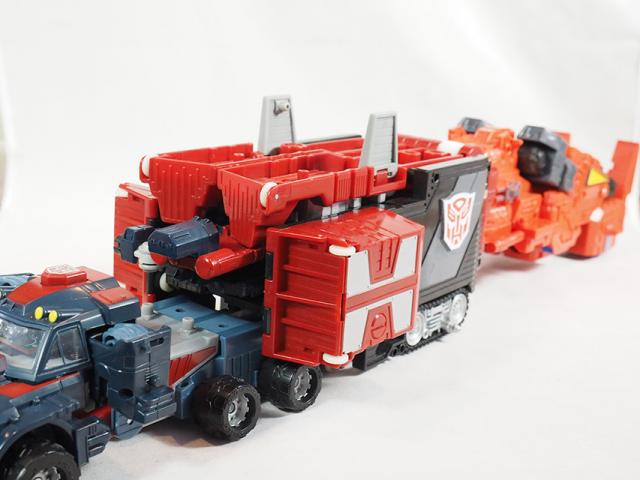 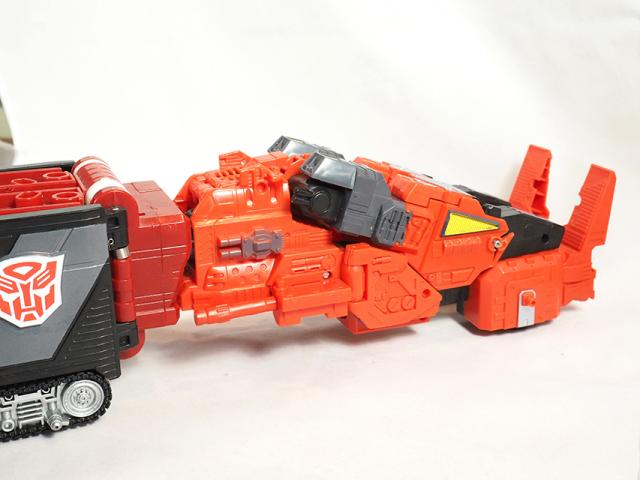 If you unfold the trailer into base mode, Overload can be mounted onto it as additional cannons. 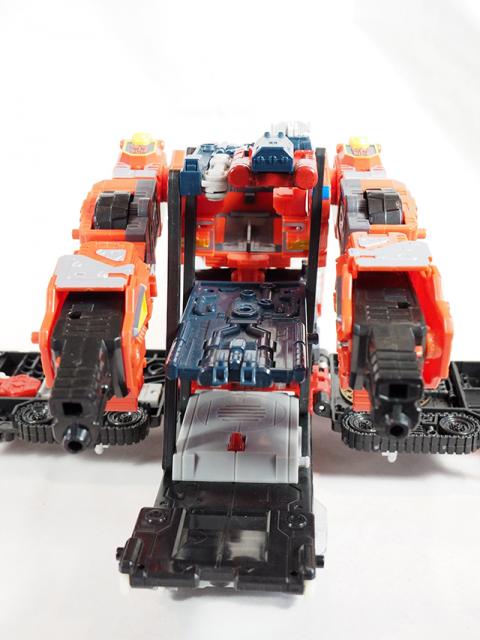 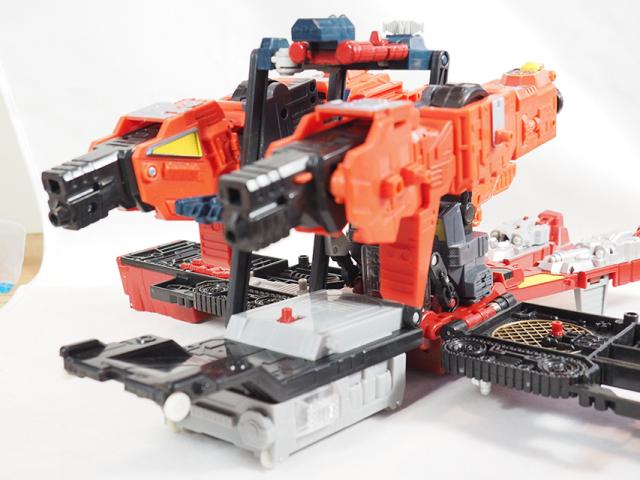 Overload can also be combined with Optimus Prime to act as shoulder-mounted cannons. Rollout can transform into a weapon for Optimus as well. 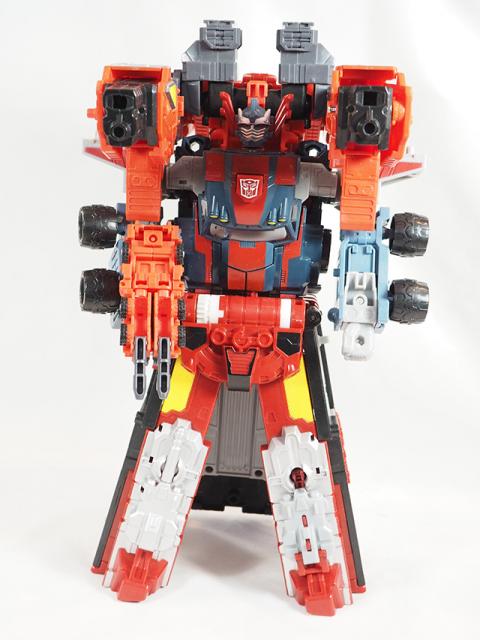 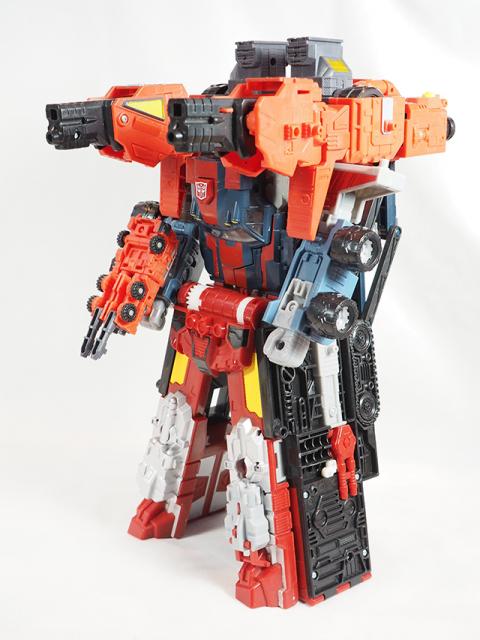 You may recall me complaining about the gap left behind Prime when in this mode. Well, Overload fills in that gap. 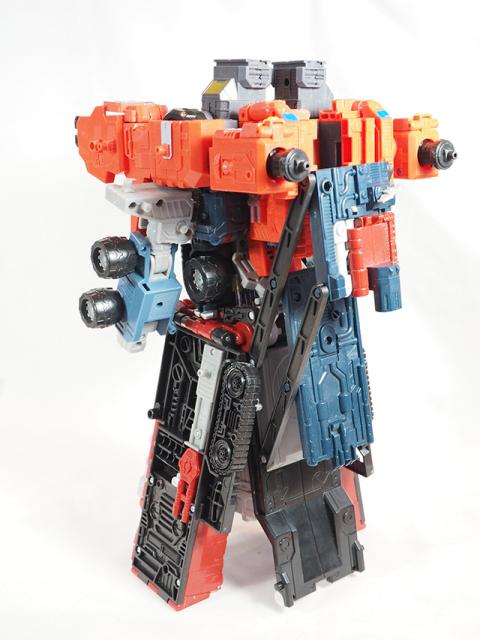