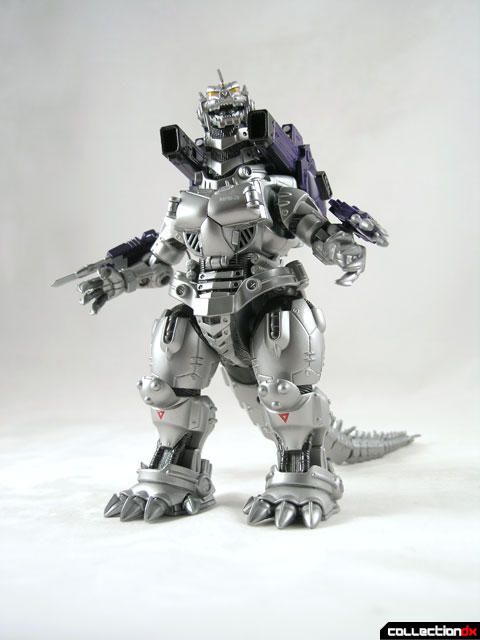 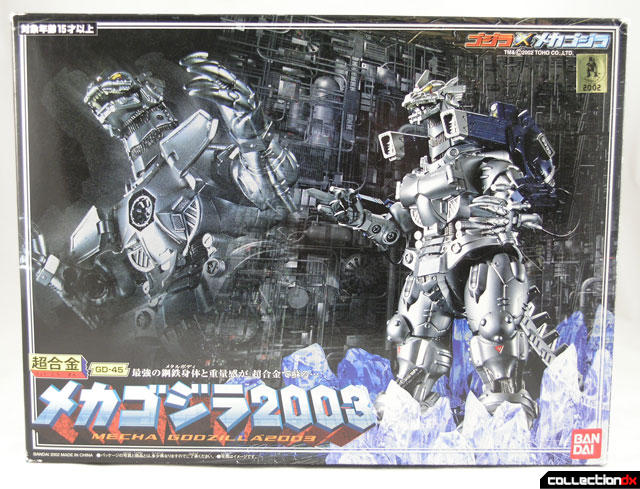 This toy has a lot of great things going for it, and I think if you are a Godzilla fan at all, you should pick it up. First off, the toy has a decent amount of metal. It has a nice weight, and deservedly earns the Chogokin name. It stands about 17 cm tall (about 6.5”) 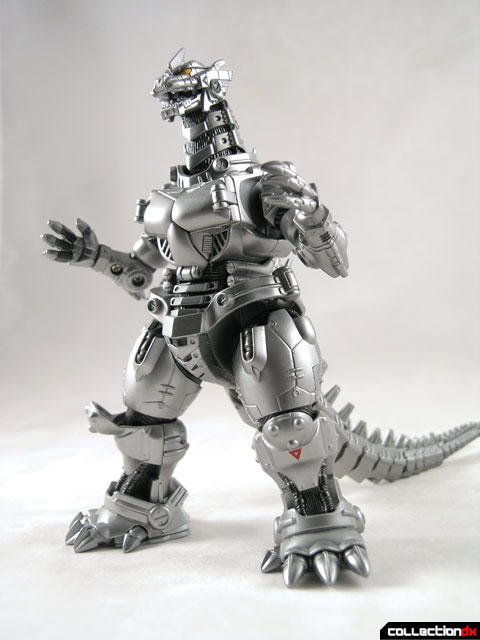 Articulation is not bad, but kind of limited by the design of the character. Sure, there are lots of joints, but they just don’t go far. The neck looks like it could have had more joints, but is pretty static. Mechagodzilla’s Jaw opens; the head turns and moves up and down. Arms and legs have your standard detented joints, and there is no waist joint. The tail has a small bit of movement with only 3 joints. 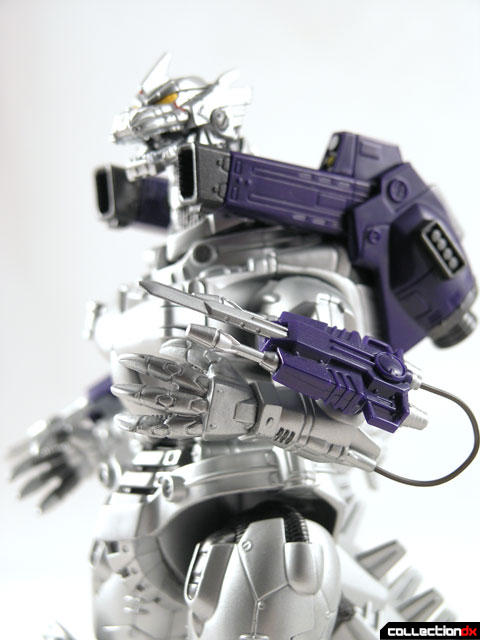 As far as gimmicks go, there are a few, but this toy is mainly about looks. First, the chest opens up to reveal the Absolute Zero Cannon, Mechagodzilla’s ultimate weapon. The large back pack gives Mechagodzilla added firepower. With the backpack on, it is called “Heavy armed type” (重武装型) and with it removed it is called “High mobile type” (高機動型). Some of the back spikes have to be removed to attach the backpack. The arm weapons are removable, and need to be assembled out of the box. The blades can be removed, and the hoses can be detached.. 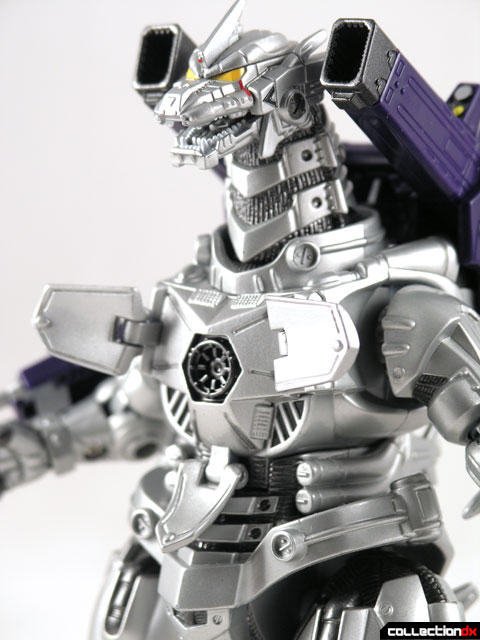 The only thing I really don’t like about the toy is the tail spikes – they have to be attached when you first take it out of the box, and they have a tendency to fall out. Otherwise, great toy! 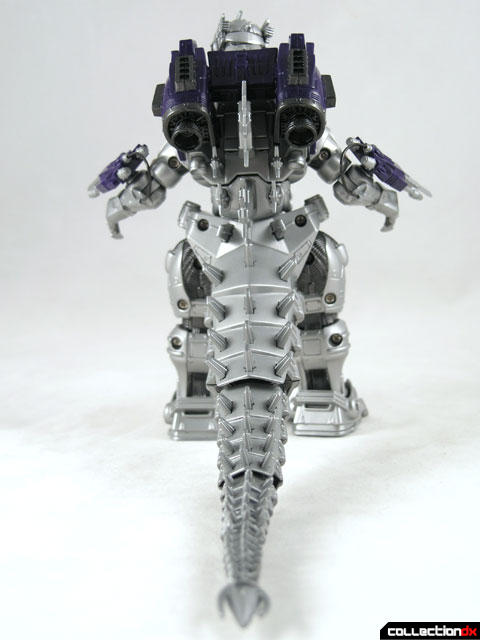 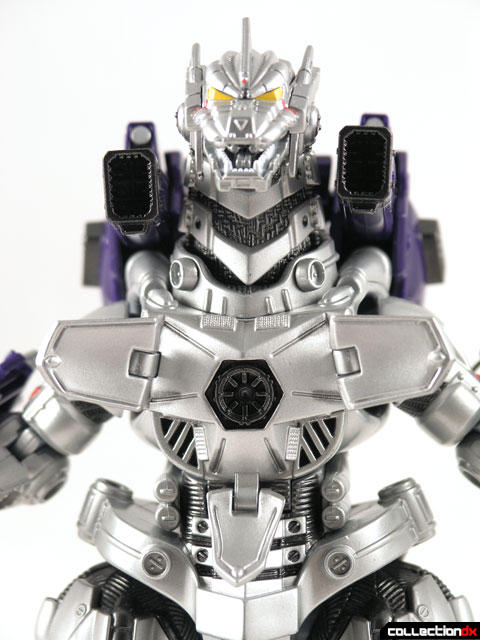