Believe it or not, this is actually a damn cool toy. It's something I never would have bought on its own merit, but it happened to pick up one in a lot I got off of ebay.

This is the Lunar Wolf Battlized Warrior from Power Rangers Wild Force. It's your standard 12" action figure, with reasonable articulation and a cloth outfit. What makes this figure stand out from your average 12" Power Ranger figure is the robotic Lunar Wolf. 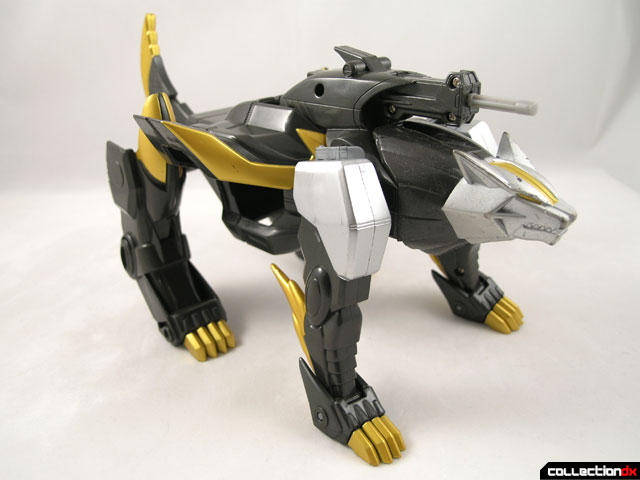 The wolf looks pretty cool on its own, with articulated limbs and a firing cannon. I think my missiles are missing tips, but I'm not sure.

You can take the wolf apart and re-configure it to become battle armor ("Battlized") for the figure. It really looks quite stunning when it is all together. I especially love how the legs combine with the firing mechanism to become a futuristic bow. 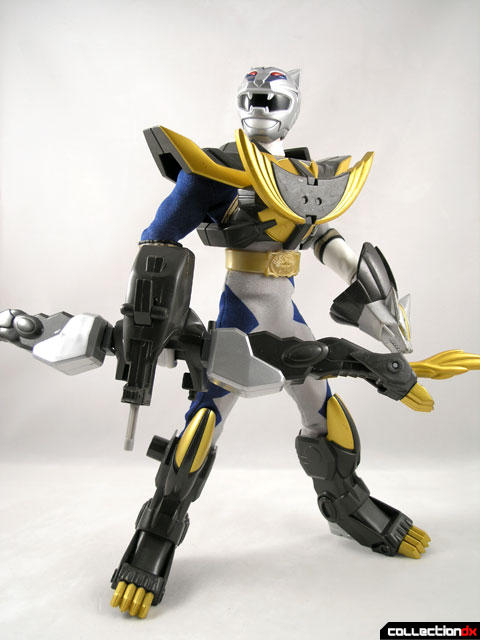 One problem I had though was with the hands. You really have to force the weapons into them, and the force can result in the hands actually dislodging from the arms, and cracking the arms in the process.

The Lunar Wolf Battlized Warrior is a very cool figure that did not get a lot of credit. Being a robot fan, I tend to overlook the other offerings in Bandai America's product lines, but this one will make me take a second look.