Kikaida is one of 3 figures from the SIC line that Bandai America incorporated into their short-lived "Studioworks" series.

Kikaida stands about 7" tall, and is made of hard plastic. The brass-colored accents are metal, and it gives the toy a solid feel. He comes with a good amount of accessories, including: 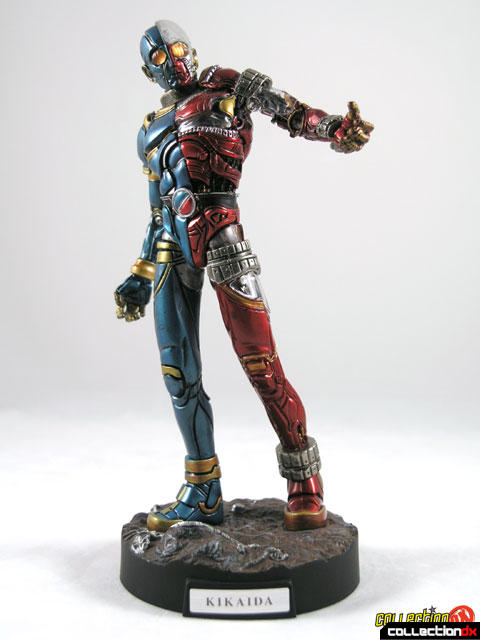 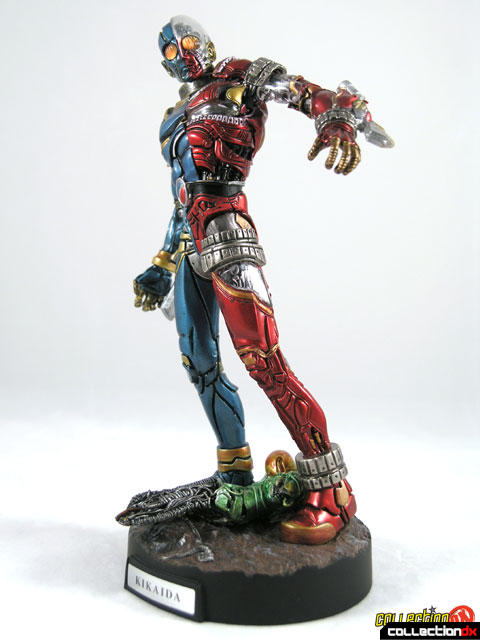 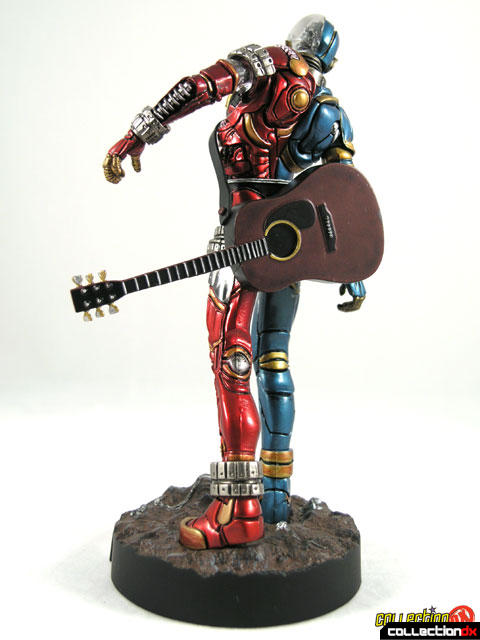 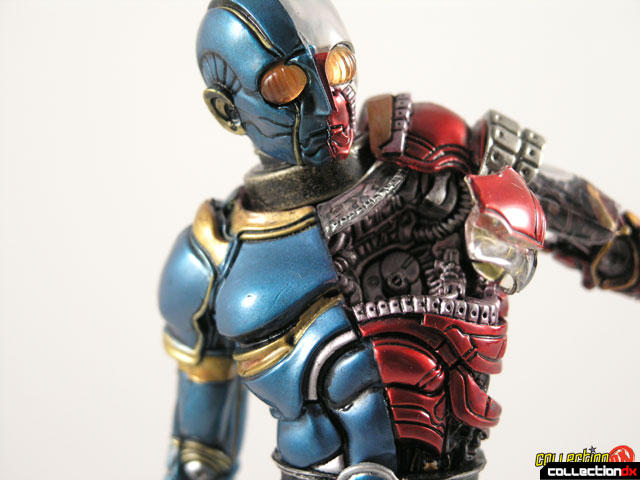 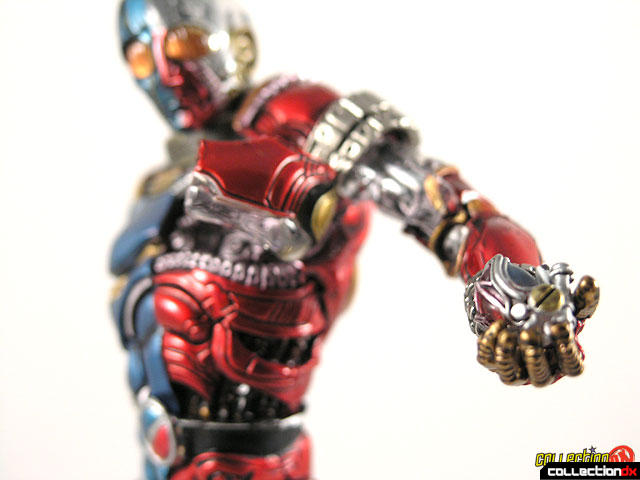 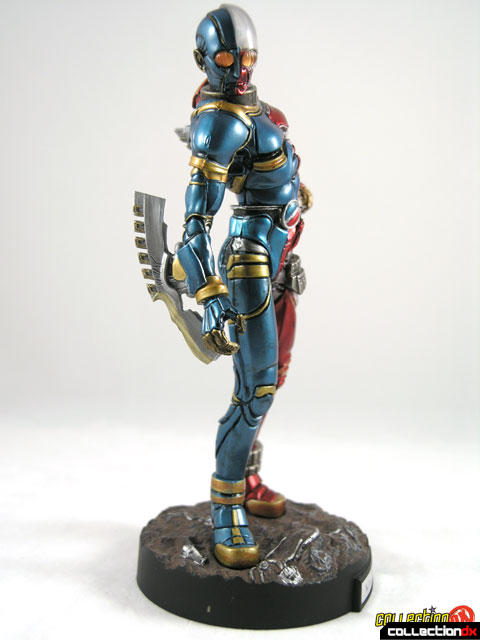 Kikaida is articulated at the neck, shoulders, wrists, waist, hips and feet. The joints don't actually do much, leaving Kikaida pretty much a fixed-pose figure. You can open up Kikaida's chest to reveal a removable blue and red heart. Arm blade weapons attach to the forearms, and his guitar straps across his back. The figure attaches to the base via pegs that fit into the feet.

While the sculpt is fantastic, it doesn't do much but look pretty. Since I have no knowledge of the Kikaida character, I don't have the emotional attachment that I would need to justify keeping a fixed pose character.

Bandai's Studioworks line was canceled after only three entries. They really put a lot of effort into the packaging and presentation, but the high price point and obscurity of the character didn't drive enough sales. I wonder how the line would have fared if they had started with the later, more poseable SIC toys.