Today I will be reviewing Hasbro's 2002 ROTJ release of the Imperial Shuttle. This particular release was an exclusive only available through F.A.O. Schwarz toy stores.

To start off with, the box is just plain huge! It is an almost a perfect 24" cube, give or take a few inches. The box has a great photo of the actual toy set in a diorama of the Death Star's landing bay. What really makes this diorama cool is all the 3 3/4" action figures lined up next to the ship with the Emperor and Darth Vader exiting the vessel. 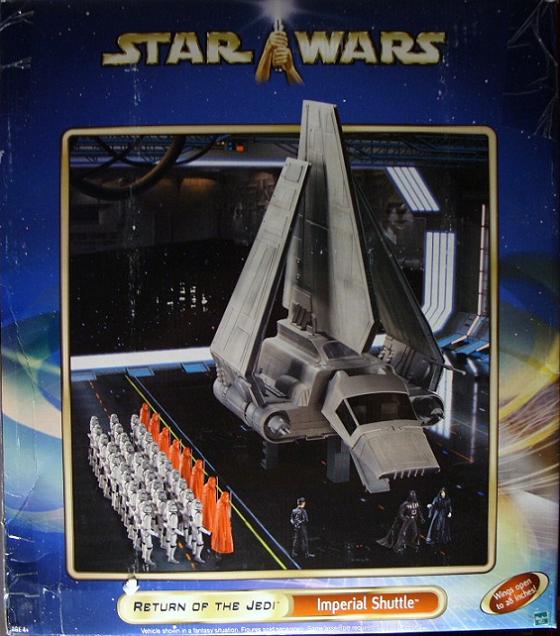 The ship requires some minor assembly once removed from the box. The ship is made a precision fit high-quality plastic making assembly a snap, taking only a few moments. Once the ship is assembled you are rewarded with a huge an imposing toy, towering at almost 22" tall with its landing gear down and wings up. 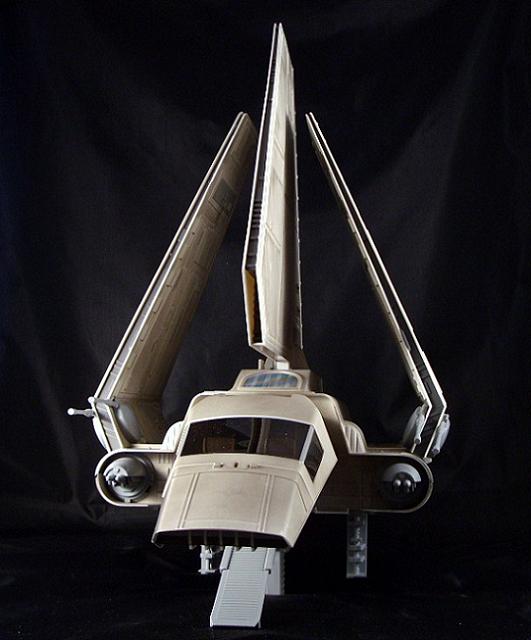 The Imperial Shuttle is highly armed with cannons located at both ends of the ship. Along with being armed to the teeth this ship features some truly realistic weathering. If the guns and weathering detail weren't enough, this toy also has a few surprises. Check out the landing gear, notice the front center looks like a trigger/handle? Well, it is, and you need this handle to steadily hold this very heavy toy. The trigger, when pressed, lowers the side wings. Other features shown are the extendable boarding ramp and realistic rear thrusters. Just check out the next 4 photos to see what I mean. 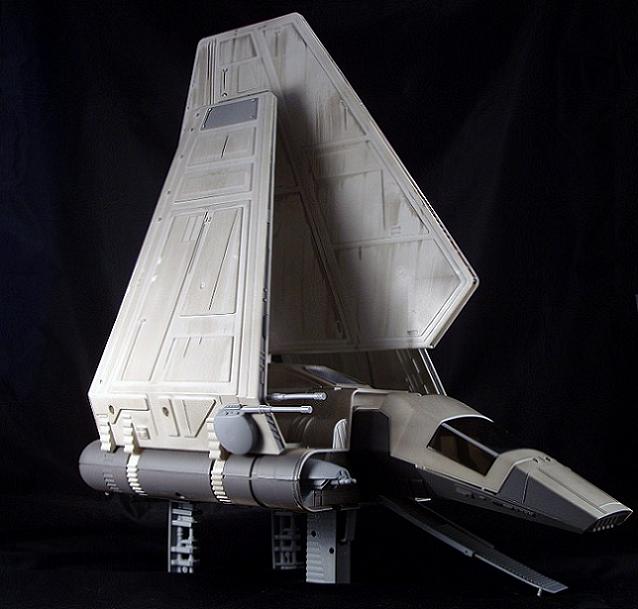 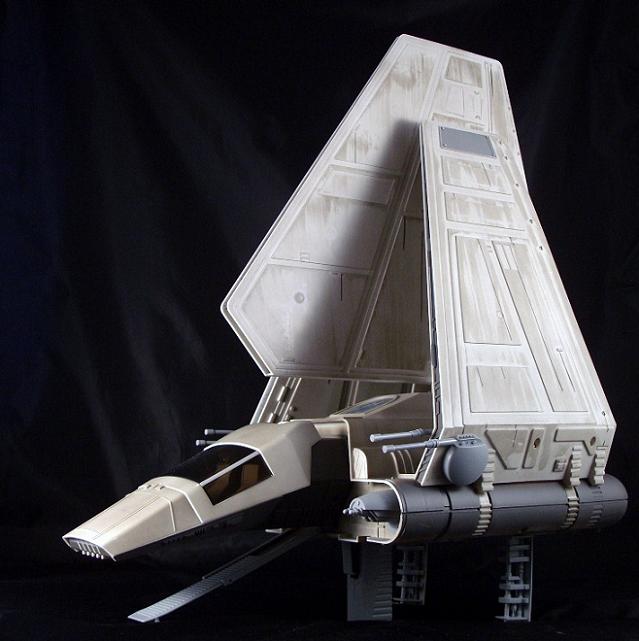 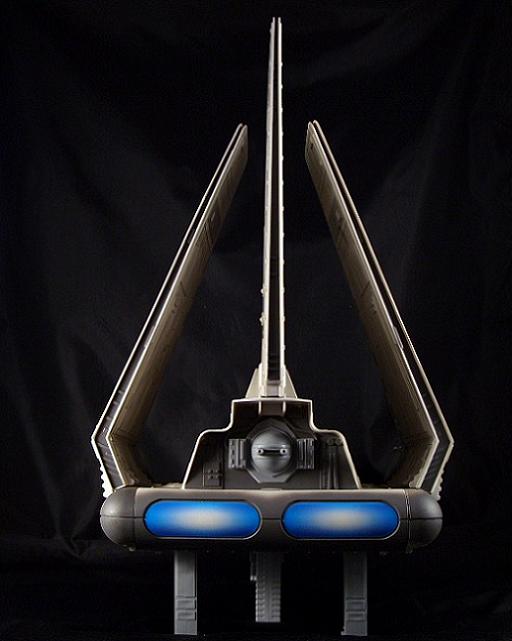 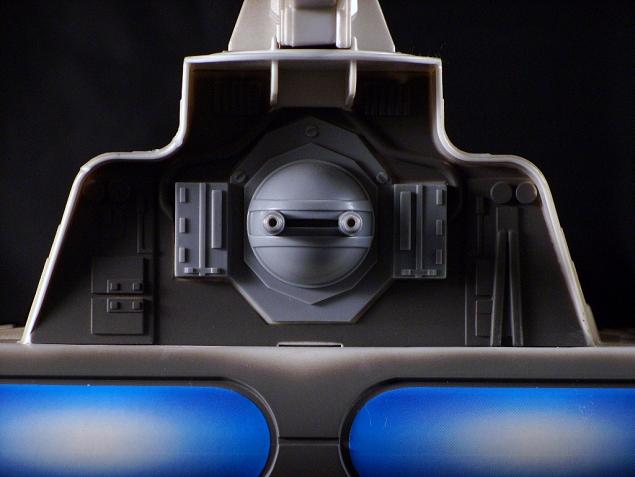 These next 3 photos are my favorites! When the wings are extended they are a whopping 30" from side to side and the height of the ship grows to 26". Man, this thing is HUGE! It's easily one of the largest action figure vehicle toys I've ever owned. 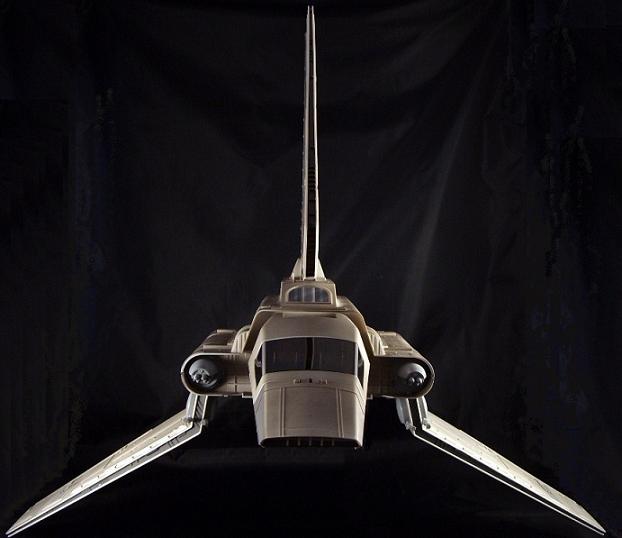 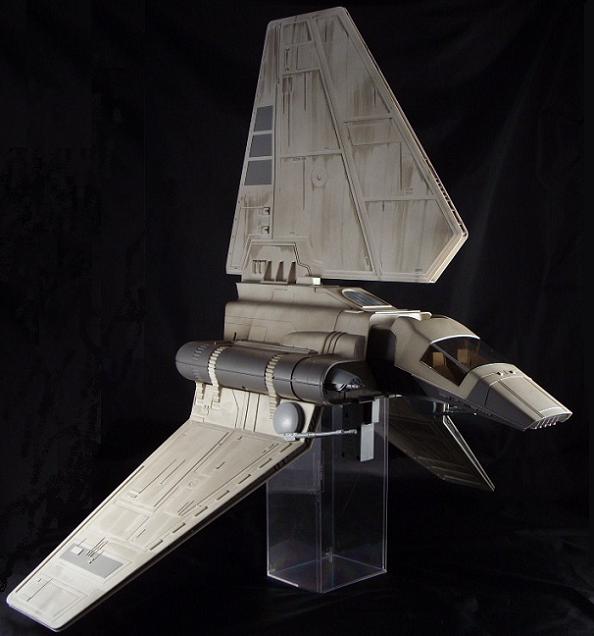 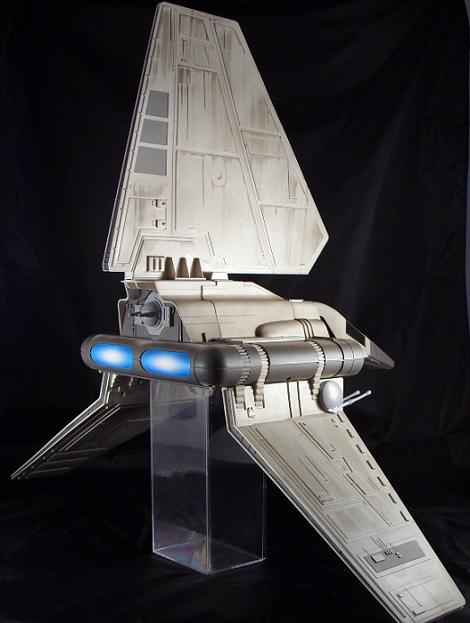 The last 2 photos show the cozy detailed cockpit and the spacious passenger cabin. The cockpit is accessed by simply flipping forward the windshield hatch and the cabin is accessed via removing a side panel. 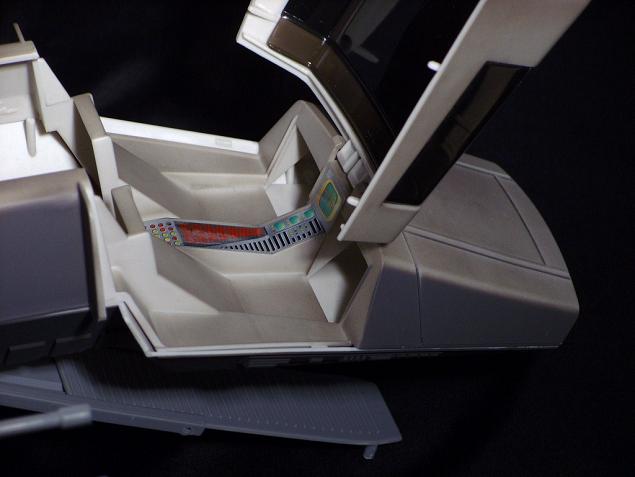 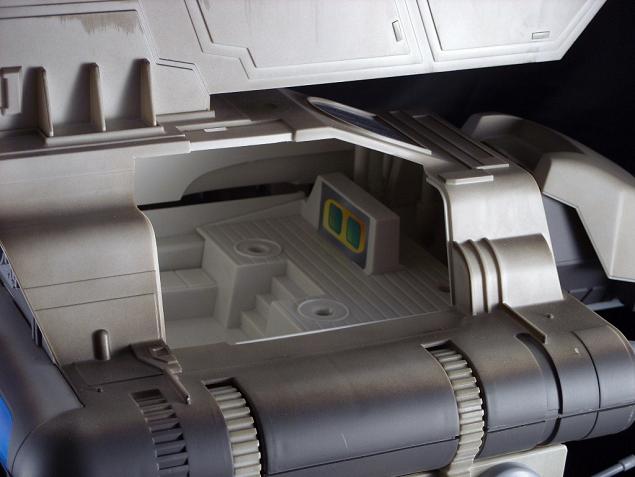 In conclusion, I love this ship! The ship has been released several times and is still readily available on eBay. If you are a Star Wars fan and have the space.... Get this awesome ship!

I remember playing with my brothers imperial shuttle when I was like 5...thing was massive, nothing like playing with a toy that's taller than you. I take it that they removed the electronic sound feature out of the reissue? Unless my memory is totally gone I remember a battery compartment under the engines that powered the usual kenner buzzing motor laser gun "sound"...

You are correct sir! Yup they did remove the electronics. However, with this imposing vehicle it really doesn't make a difference. The ship is awesome with or without electronics.