Hakaida is one of 3 figures from the SIC line that Bandai America incorporated into their short-lived "Studioworks" series. 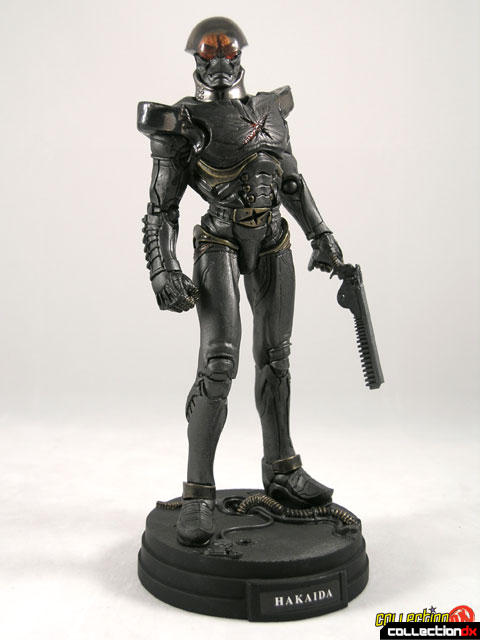 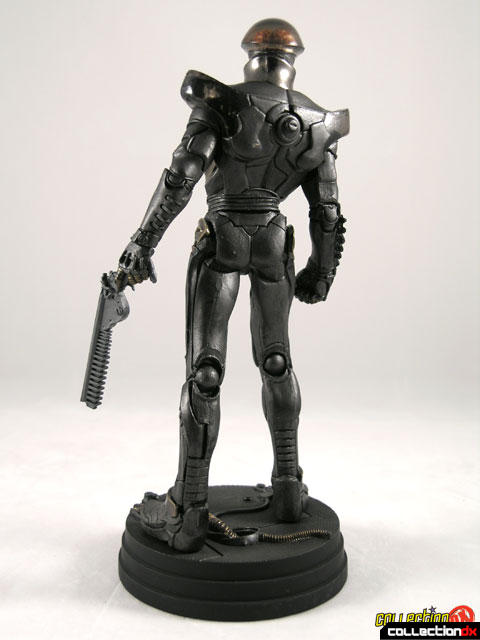 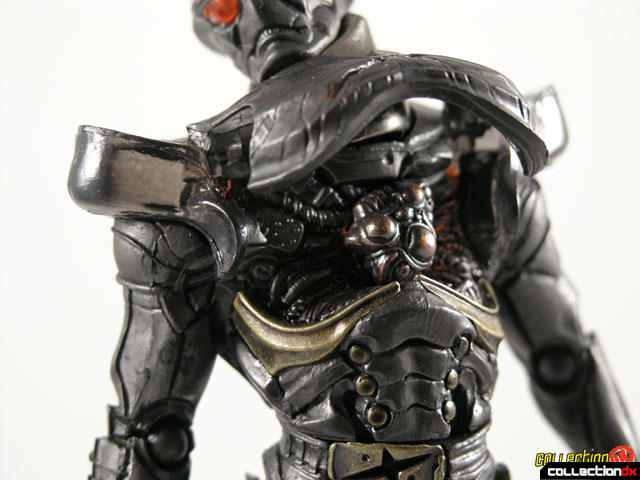 Hakaida stands about 6" tall, and is made of hard plastic. The brass-colored accents are metal, and it gives the toy a solid feel. He comes with a good amount of accessories, including:

The clear brain in the canister can be exchanged with the brain in Hakaida's head by removing the clear dome. The shotgun can be stored on his leg by opening a hidden panel and pressing it into the grooves. The cape is rubber, and just drapes over the shoulder. Hakaida sands on the base via pegs that insert into the feet. 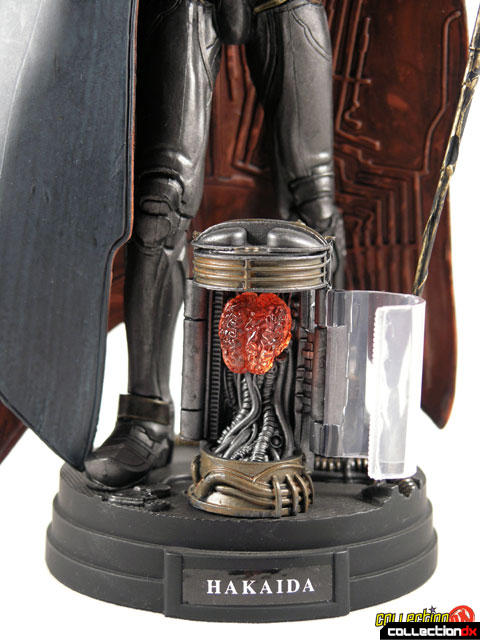 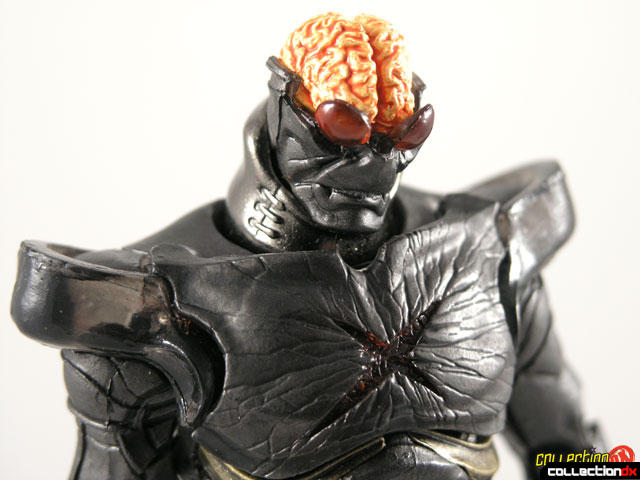 Articulation is limited to the neck, shoulders, wrists and waist. There is also a hidden chest compartment that opens up to reveal Hakaida's heart.

While the sculpt is fantastic, it doesn't do much but look pretty. Since I have no knowledge of the Hakaida character, I don't have the emotional attachment that I would need to justify keeping a fixed pose character. 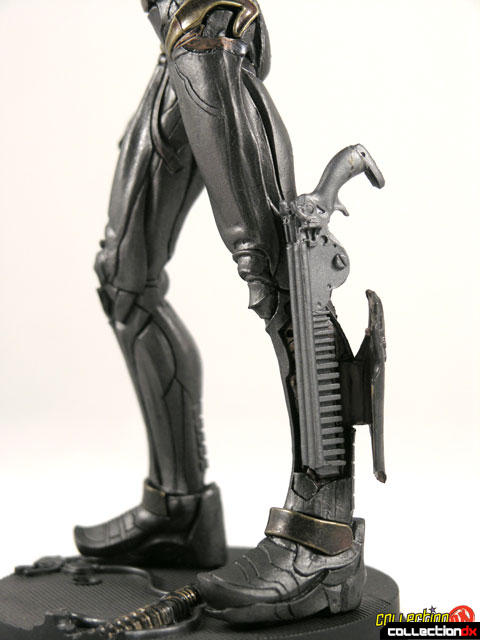 Bandai's Studioworks line was cancelled after only three entries. They really put a lot of effort into the packaging and presentation, but the high price point and obscurity of the character didn't drive enough sales. I wonder how the line would have fared if they had started with the later, more poseable SIC toys.

The only real exposure to Android Kikaider aside from the Anime is the 1995 Film of Hakaider "Mechanical Violator Hakaider". That was AWESOME IMHO ^.^

It's a shame the line ended so early, I would've love to have this on my desk in my bedroom along side my Other figures