M1 and Club Daikaiju combined to release three non-Japanese giant monsters as part of their "Great Monsters of the Movies" series. (Besides Gorgo, there was also Reptilicus and Rat Bat Spider.) Gorgo is from the 1961 British film of the same name.

Interestingly, there was no consistency among the three releases in terms of packaging. While the Rat Bat Spider came in a box and Reptilicus loose with a tag, Gorgo comes in the more commonly used bag and header card. 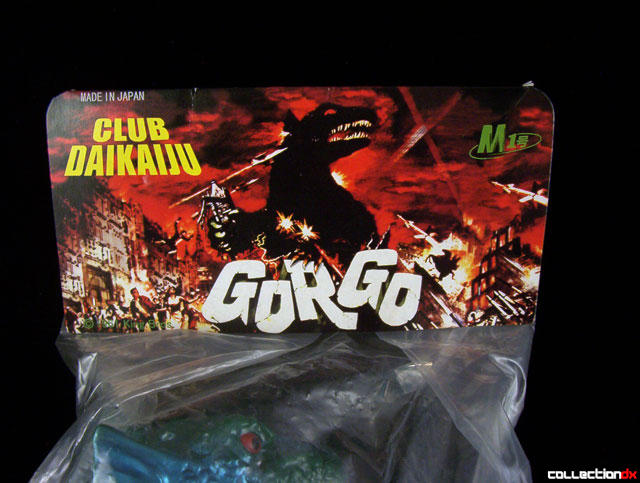 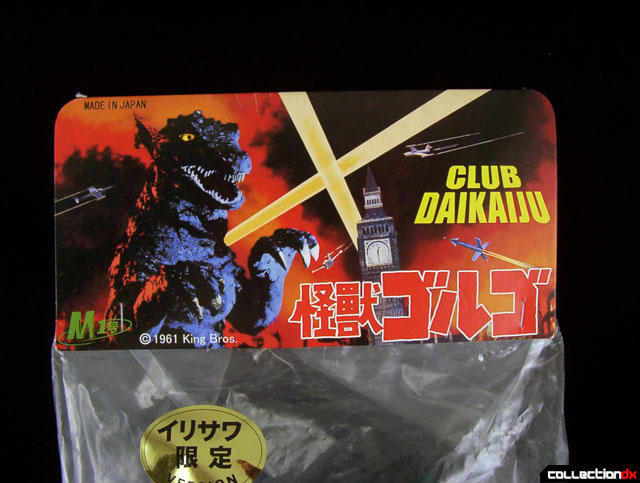 The figure itself is beautifully sculpted in green vinyl and accented with metallic blue and silver spray. It stands 10" tall and is articulated at the hips, shoulders and tail. Unfortunately, though, you cannot turn the head at all. 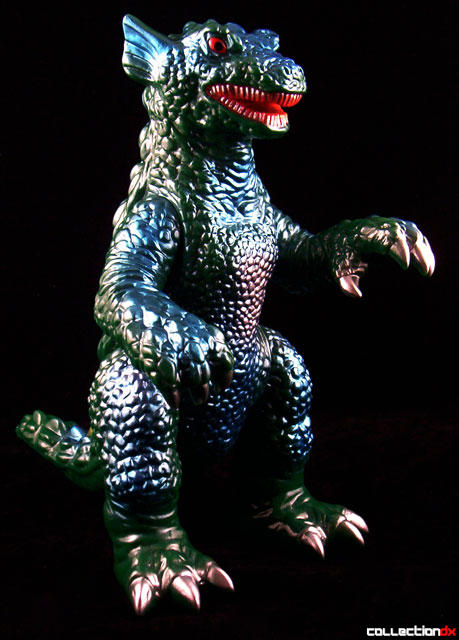 In the movie, British scientists find a giant monster and bring it back to the UK. But it turns out that this "giant" monster is just a baby! Mama Gorgo comes for her child and reeks havoc in the process. And as an added bonus, this toy comes with a mini vinyl of the child Gorgo. Using the same vinyl and paint, the baby version has just one joint at the waist. 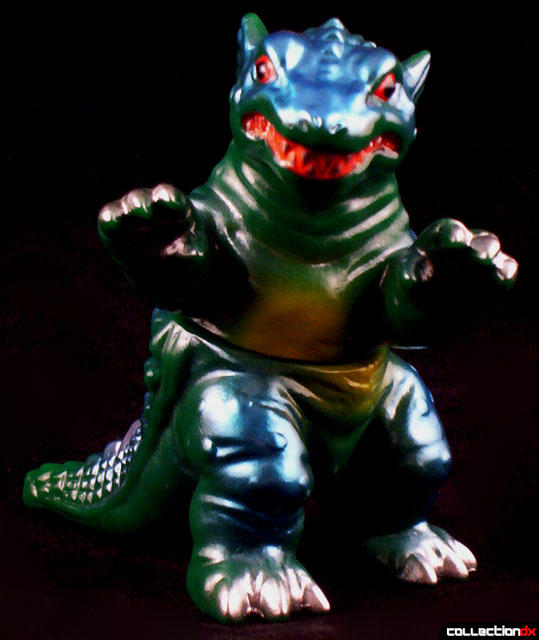 The Gorgo reviewed here is the "Irasawa" exclusive, but Gorgo was also released through Super7 Magazine in a blue spray, in unpainted beige and blue painted beige variations as well as green with gold spray instead of silver. 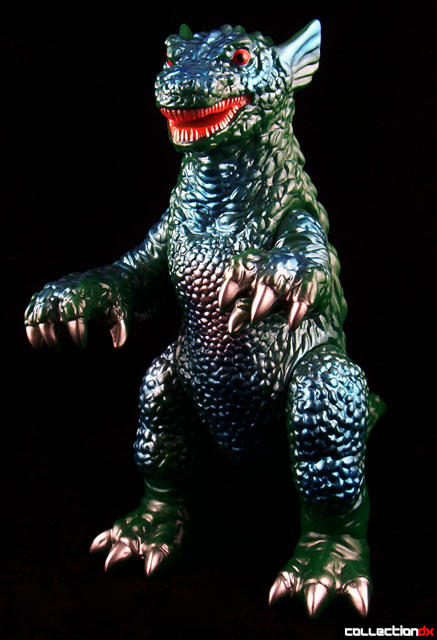 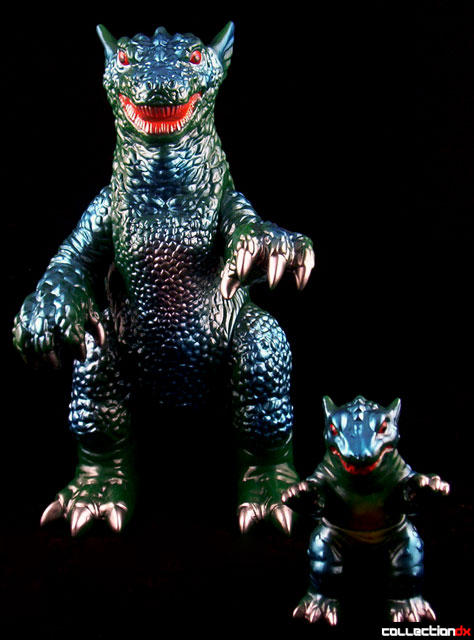 6 comments posted
Reptilicus and the Rat-Bat

Reptilicus and the Rat-Bat both had the same packaging in the USA: a folding card around their necks, fastened with glittery elastic string. It was only for the Irisawa release that a box was made for the Rat-Bat. The Gorgo header was produced because Irisawa requested it as well.

Also, the reason there is no folding card for Gorgo is because the Reptilicus and Rat-Bat tags were produced at the same time; Jim wasn't entirely happy with the results from the US printer (a lot of bad tags were discarded). The Japanese printer did a much more consistent job with the Rat-Bat box. By the time Gorgo came around and Irisawa was asking for a header card, he just let the Japanese printer handle it because he knew there would be no quality issues.

Now you know. And knowing is half the battle.

Any particular reason there's no glow version of Gorgo & son while there are multiple glows of Reptilicus and the Rat Bat Spider? Just wondering...

And, of course, also pining for a glow Gorgo...

And also wondering whether my constant harping on about glowies is getting annoying to everyone... ;)

Believe me, I've been letting him know that the world needs a glow Gorgo since day one. It might happen some time in the future.

...for the clarification. I've got two Rat-Bats (the red and the "Neighborhood" versions) and both came in the box. I could have sworn I'd seen another one in a box as well. But I will defer to your more intimate knowledge.

As much as I'd be happy to see a glow Gorgo out there, a whole new character would be dynamite. :)

And whaddaya mean "new character" instead of a glow Gorgo!? What's this "new" anyway??? Izzat, like, NOT old or something!? Crazy talk!

Haha, sorry about that. I know I read that review when you posted it, but when I linked to it, I just looked your profile and copied the link location without clicking it. I forgot you had the box as well.