Normally I don't go in for repaints. I tend to see them as a shameless ploy to try to milk a few more bucks out of an existing mold.

I never would have picked up the GX-06m set had it not been at the 2005 Summit. As a matter of fact, I was talking to Jerilock earlier in the day, saying how I had seen one and passed on it.

Well, I saw it, and it was actually really cool, so I made a trade for it. I am glad I did. Come to find out this is a really great toy, and different enough from the original to warrant purchasing.

The toy is the same as the GX-06 in almost every way. The first difference is the color, and we will get to that, but the other main difference is the inclusion of the Command Machine, a small white jet, flown by Michiru Saotome. I don't recommend purchasing the set just for this item alone, but it is pretty cool.

The Getter Robo Training Machines set is called that for a reason. In the original anime, there were monochrome light purple versions of the getter machines used as training or prototypes. This version is meant to represent those, but in their true colors, as chrome doesn't translate well in 70s animation style.

All the metal parts of this toy are coated in a chrome finish. This chrome looks more like mercury, with a dark tint to it. All the soft plastic parts are painted or molded in matte silver, giving the toy a nice contrast. Purple and black details bring the design together. You really have to see this thing to believe it. It is so shiny. You have to handle it with white gloves to avoid getting fingerprints all over it. In fact, it was tricky taking pictures of it and not getting me in the reflection.

The specific details of Getter Robo and all the cool accessories will be featured in a review of the regular GX-06. Until then, just sit back and reflect at the beauty of the GX-06M Training Machines. 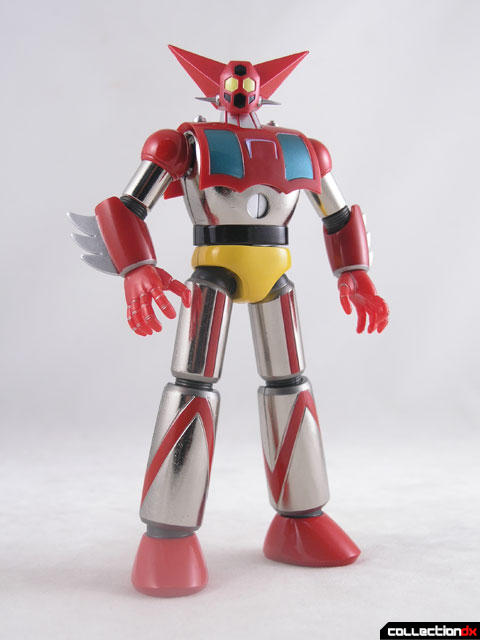 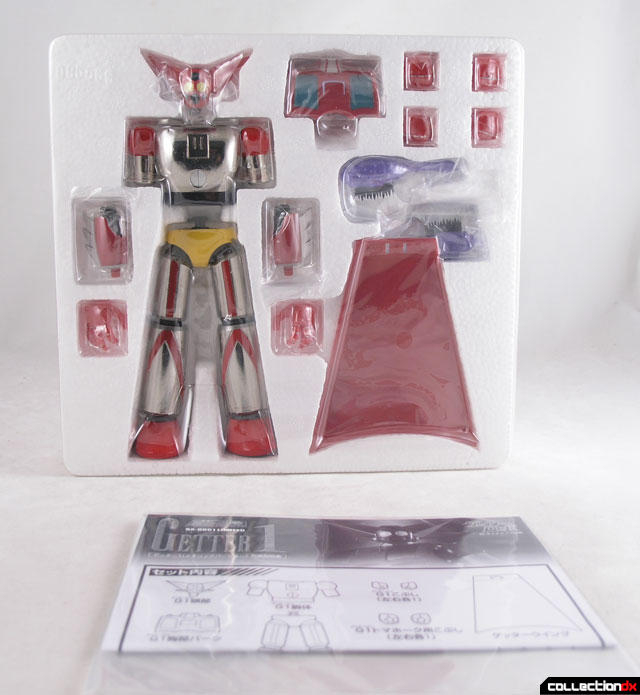 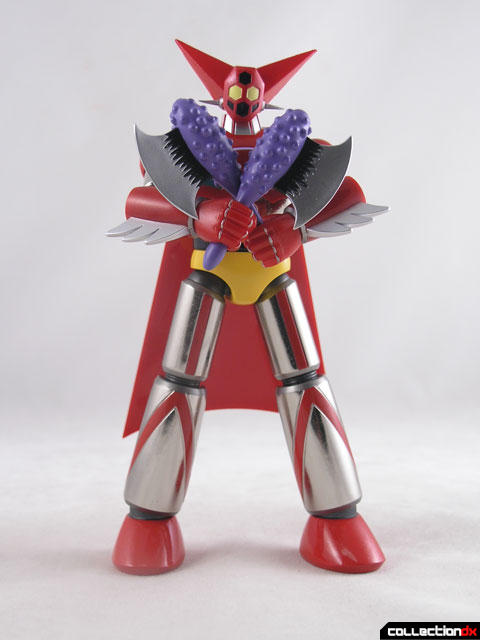 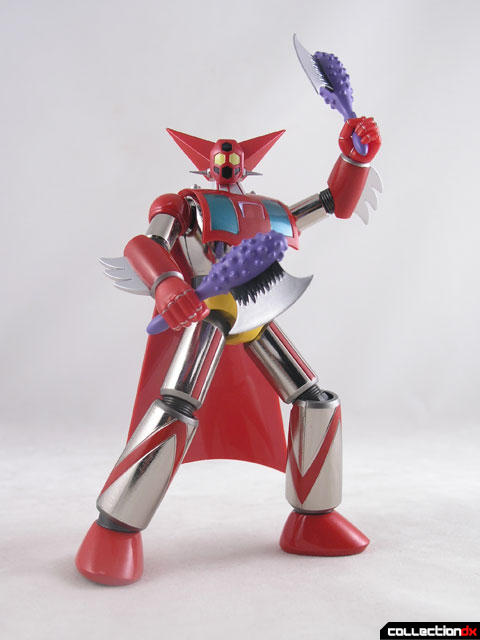 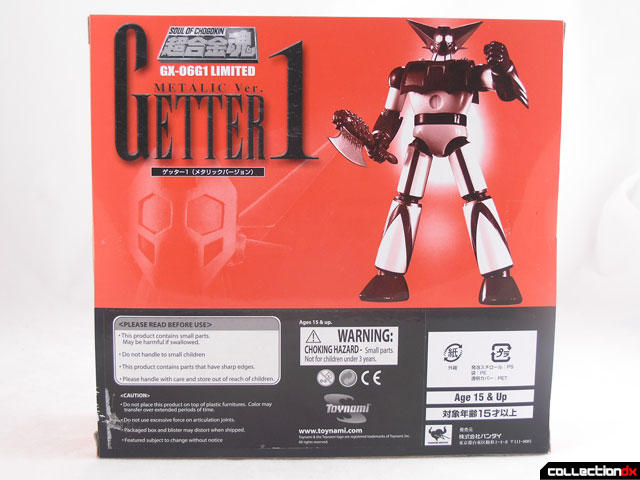 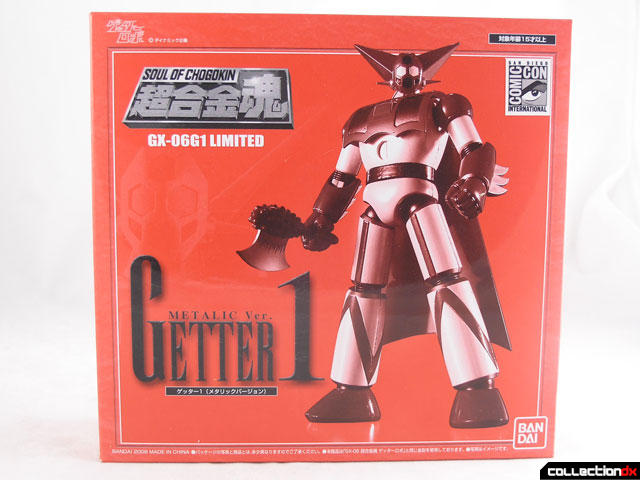 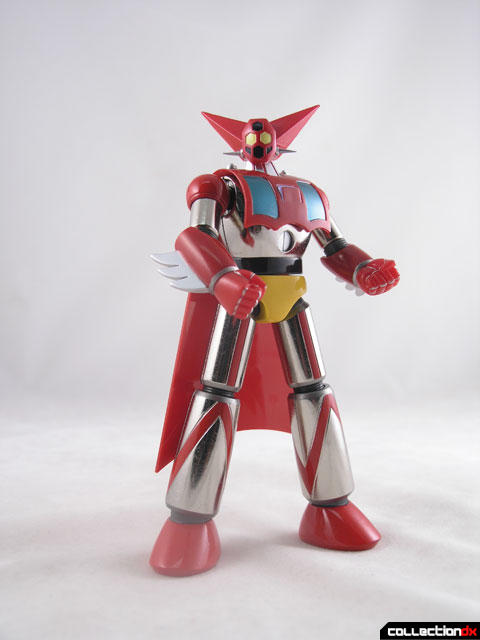 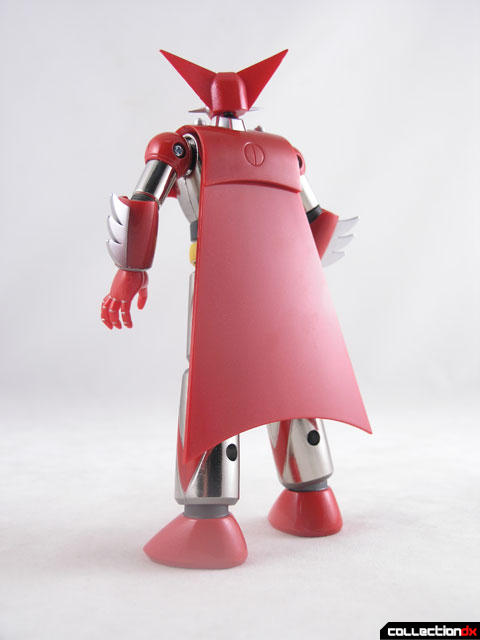 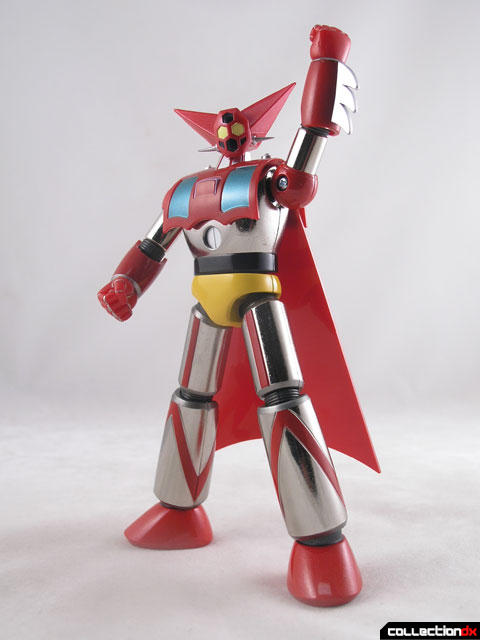 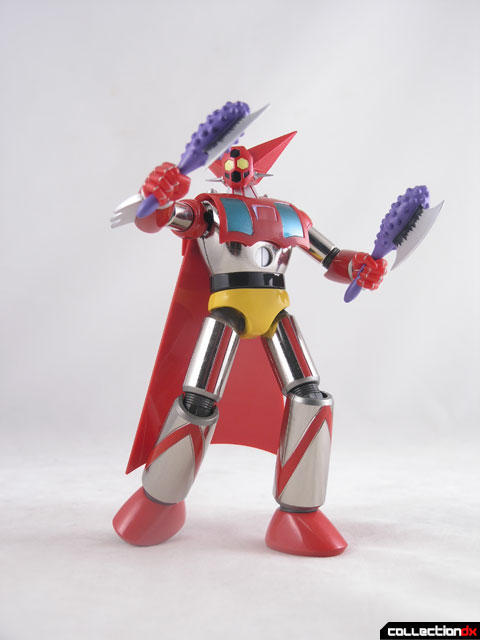 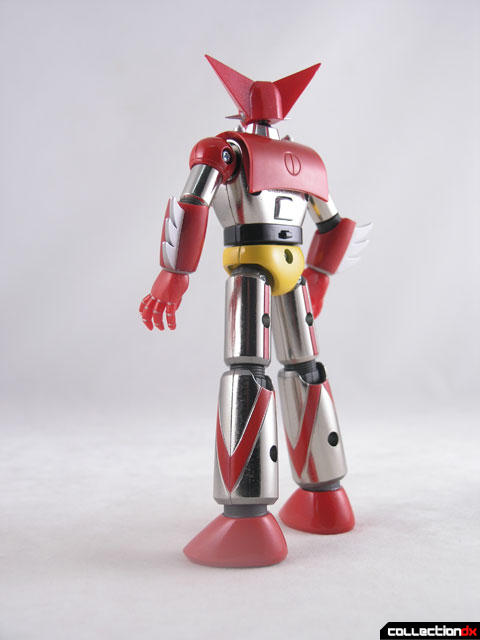 I Own a GX06M and love it, does great things looks great only one problem, chrome finish on plastic parts gets minor flaws over time. Never played with, just displayed but got minor cloudy spots on plastic chrome. Nothing major just annoying to a perfectionist. I have found Chrome finish always harder to keep pristine than paint....this Chogokin is all Chrome...nuff said.

...and then we never did see a review of the regular GX-06 in the end.