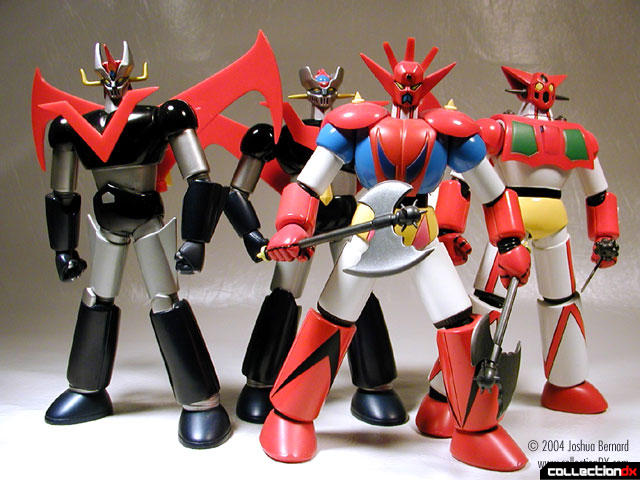 Getter Dragon is a fantastic sculpt and features an anime accurate paint job (as opposed to the metallic finish of the Soul of Chogokin version). He comes with 2 Getter tomahawks, but unfortunately, no cape. 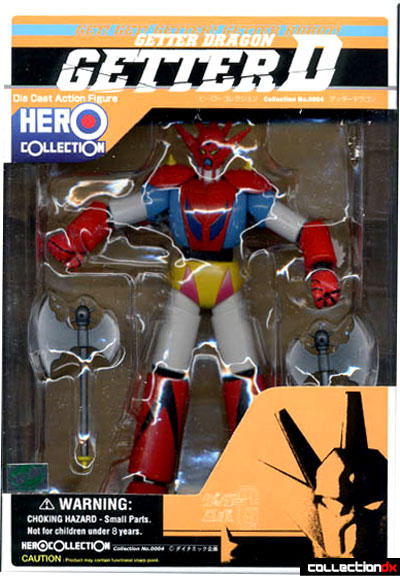 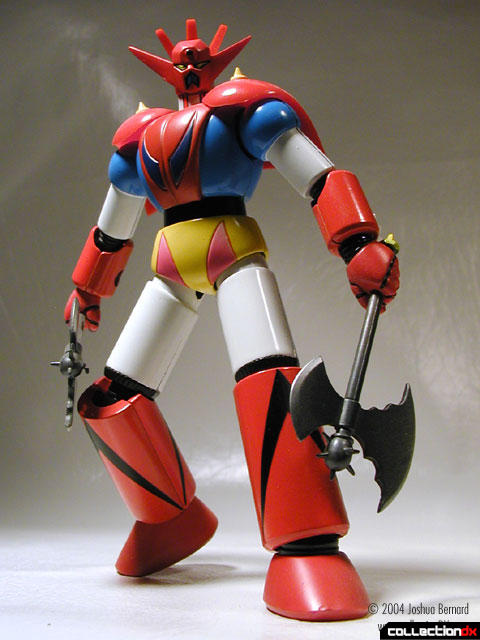 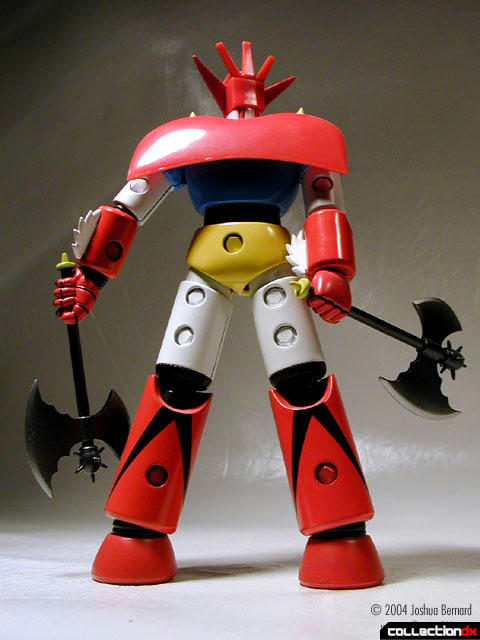 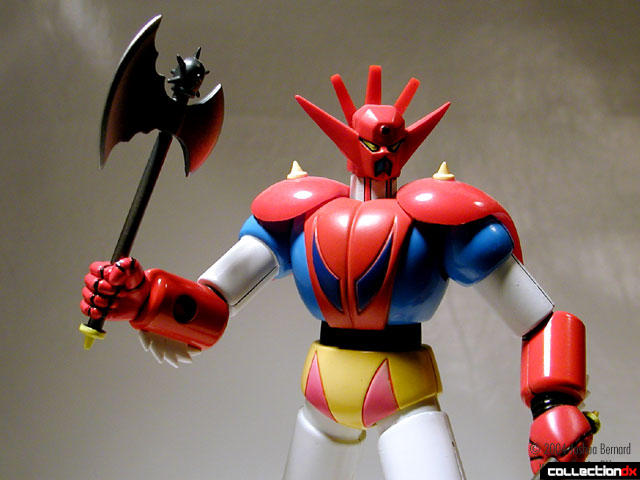 The Hero Collection toys originally retailed for ¥4800 in Japan, but they were imported to the states by Diamond Comics Distributors for a substantially lower price later on.