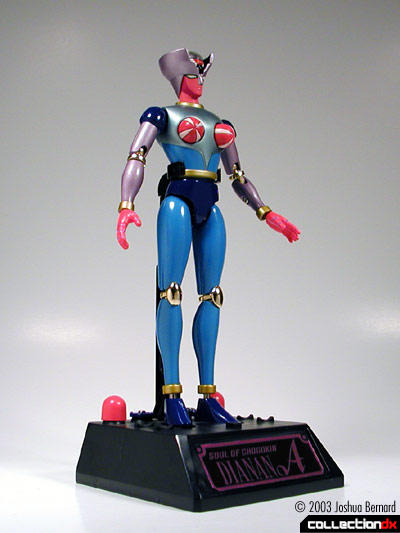 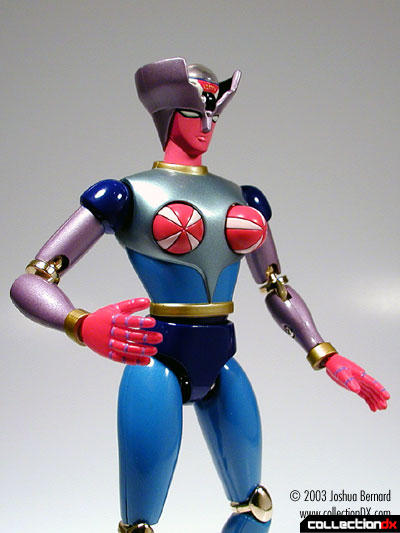 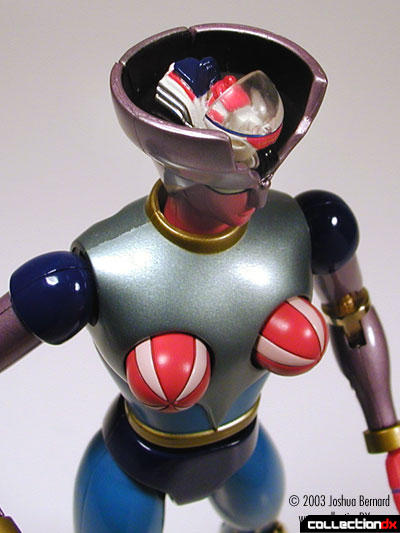 Dianan A is the 11th entry in the Soul of Chogokin line. I have no idea why it is called Dianan A instead of Diana A. The toy features 2 open and 2 closed hands, 3 sets of missiles, 1 Scarlet Mobile (The motorcycle in her head), and a display stand. Dianan A securely clips in to her stand to avoid unpleasant shelf dives. 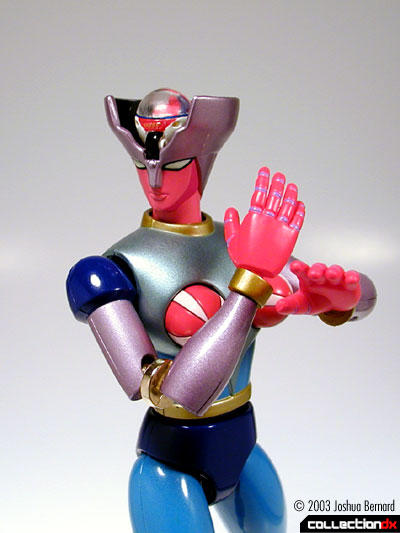 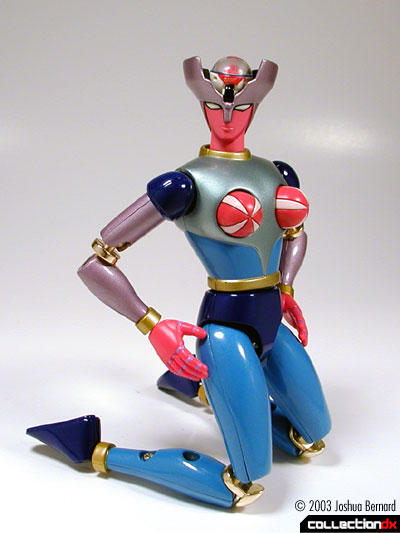 Like all the SOC ladies, Dianan A is almost entirely diecast, and can be placed into a wide variety of poses. A very nice figure, and affordable at 3800¥ when it was released in 2002. 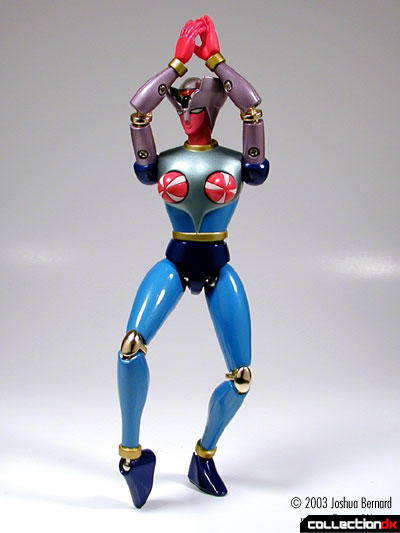 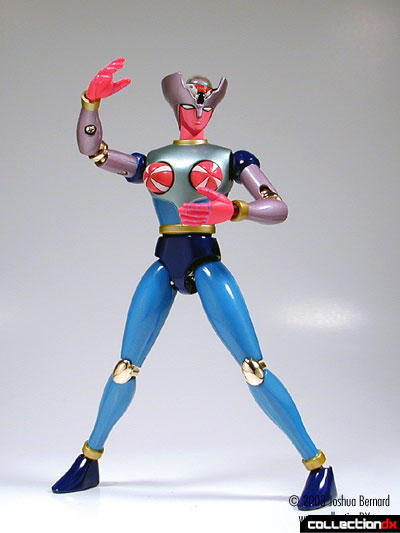