Bijinda was originally released in Japan as part of the Super Imaginative Chogokin (SIC) line. 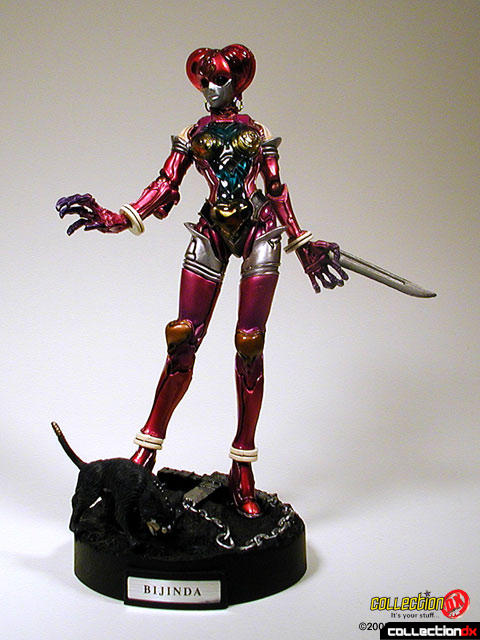 She comes from the series Kikaider, a modern reworking of the classic Tokusatsu (live-action) show.

Bijinda is part of the Bandai Studioworks line, a highly detailed and exquisitely packaged series aimed at collectors. The box features double fold-out covers with Velcro. You could almost enjoy this figure the same without ever taking it out. 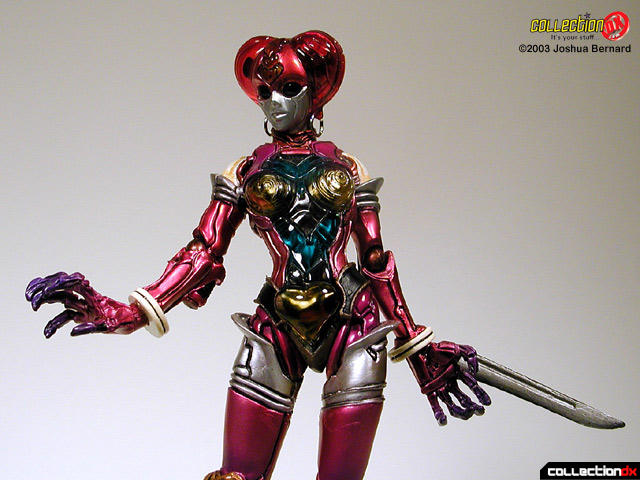 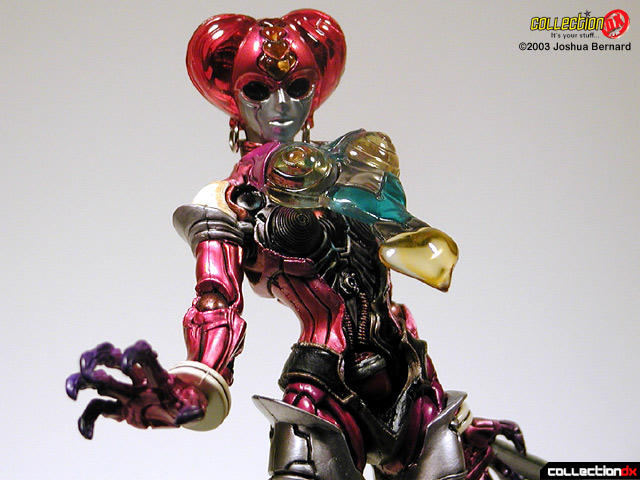 The 7-inch figure features limited articulation, but an insane amount of detail. It is one of the best sculpts I have ever seen. There is a small amount of metal in the figure, just enough for Bandai to slap the chogokin label on it. It has tons of features, including: 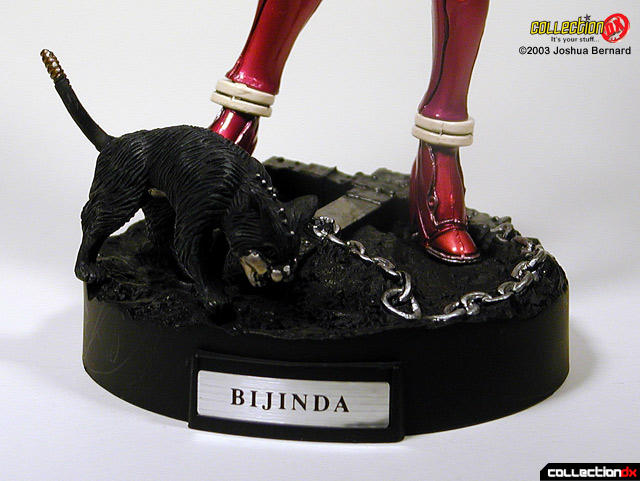 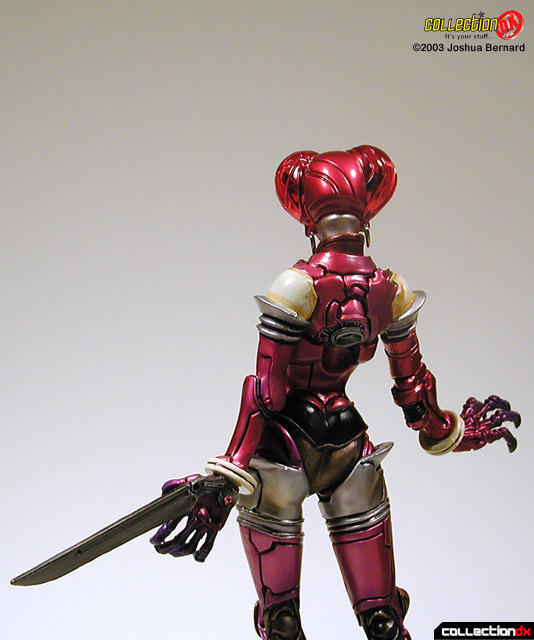 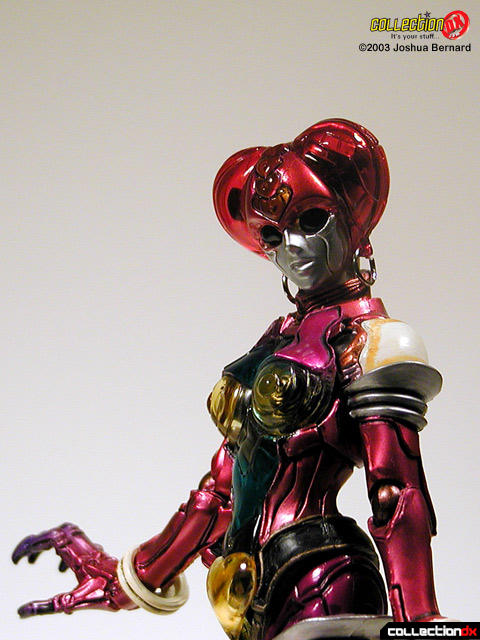