If you are a collector, then undoubtedly there have been instances in your life when you've made a purchase, not because you wanted the item, but simply because you were buying other things from the same seller and it was cheap enough that you said "Sure, just throw it in". Such was the case for me with this toy rendition of "Frankenstein" (フランケンシュタイン) from Marmit's Vinyl Paradise line. This paint spray was released exclusively at the 2001 San Diego Comicon, alongside his rival Baragon, whom he battled in Toho's aptly named "Frankenstein Versus Baragon" in 1965.

Of course, as so often happens with me, this toy that I didn't intend to buy turned out to be one of my favorites of the lot. In pictures, it had just struck me as some simple caveman-like toy with nothing very interesting about it. But in person, I was really impressed with the subtleties of the sculpt and paint job. The sunken, droopy eyes. The overbite with the slight fangs on the ends. The hunch of the right shoulders. The way the brown of the hair contrasts with the green of the loincloth. All add up to make the figure more impressive than expected. Furthermore, there aren't too many characters like this in the pantheon of vinyl kaiju. He's both monster and human, which makes him stand out on your shelf. 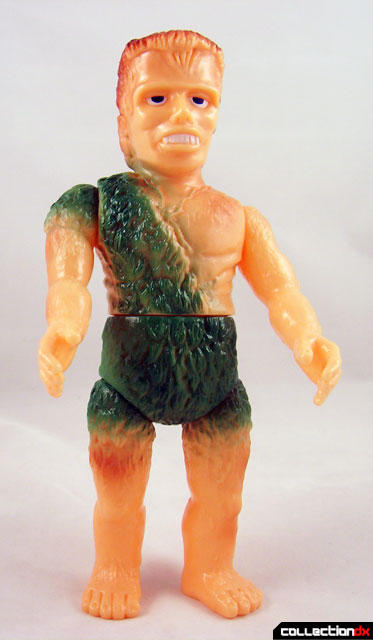 I guess the only thing I could complain about is that the paint spray seems a bit incomplete. Parts of the hair and cloth are still the flesh tone of the skin. Some might not like that there is no articulation at the neck (only the shoulders, hips and waist), but this doesn't bother me for some reason. 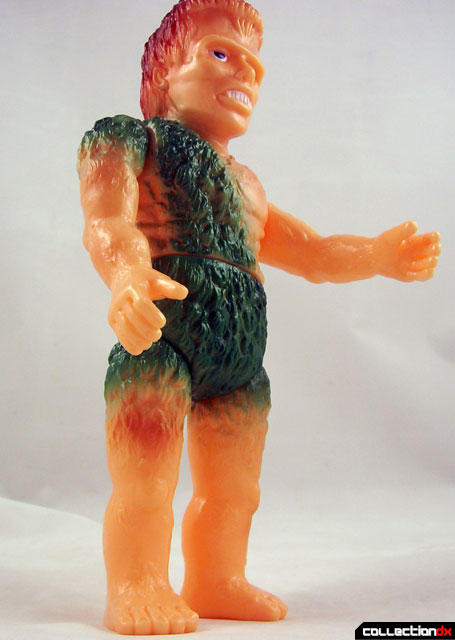 Not too much else to say about this toy. It's slightly more than 9" tall and, though this version was released in 2001, the sculpt has "Marmit 1998" molded into the bottom of the foot. It was sold in a bag with a header card. 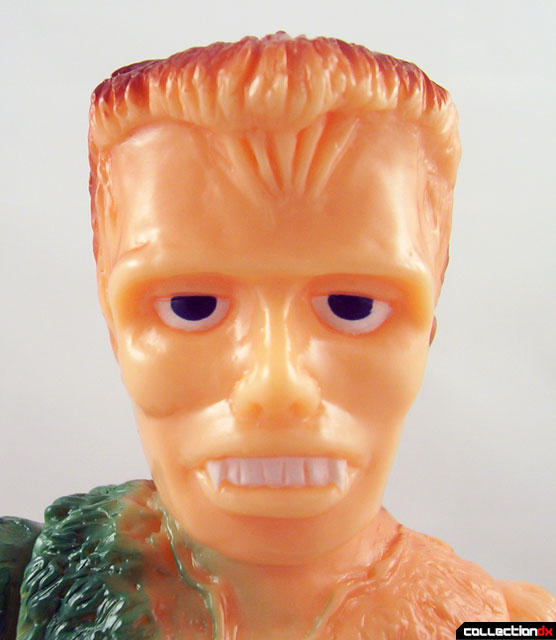 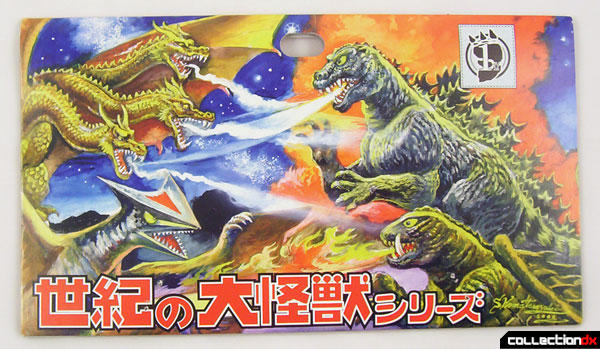 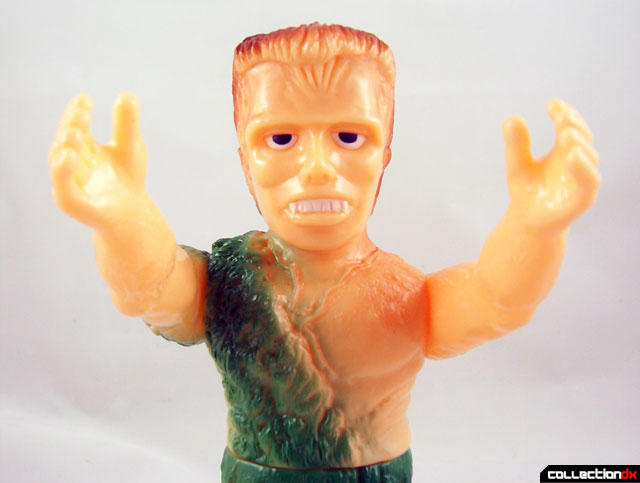 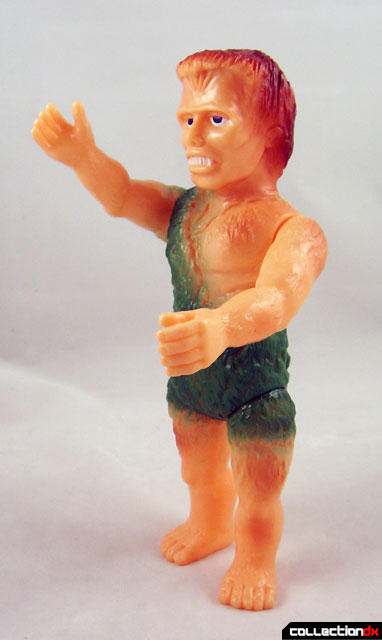 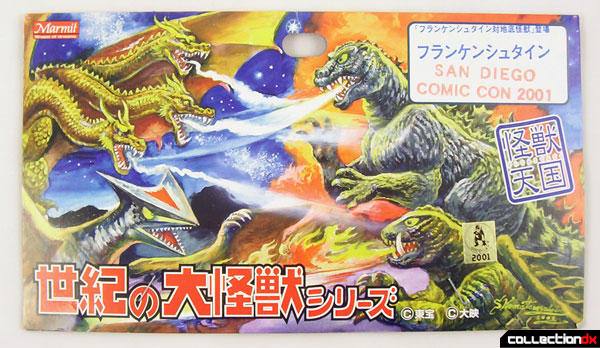 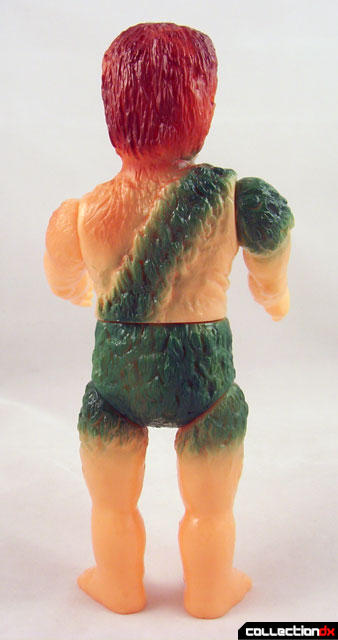