This VF-1A Hikaru Type comes from the Movie within a movie “Macross: Do You Remember Love”, released in 1984. This Valkyrie belongs to the main character and hero of the Macross saga, pilot Hikaru Ichijyo.

This toy was the first “regular” Valkyrie released in Yamato’s 1/60 scale line of transforming Valkyries. There was some outrage at the release of these figures due to the non-perfect transformation mechanism of the toy, but we’ll discuss that later.

At 1/60 scale, the VF-1A was significantly smaller than the Bandai and Takatoku Valkyries we had come to know and love. The Yamato toy featured improved proportions, more flexibility, and loads of accessories. The toy was mostly made of plastic, with the lower legs being made of diecast metal.

The Valkyrie can transform into all three modes: fighter, gerwalk and battroid. 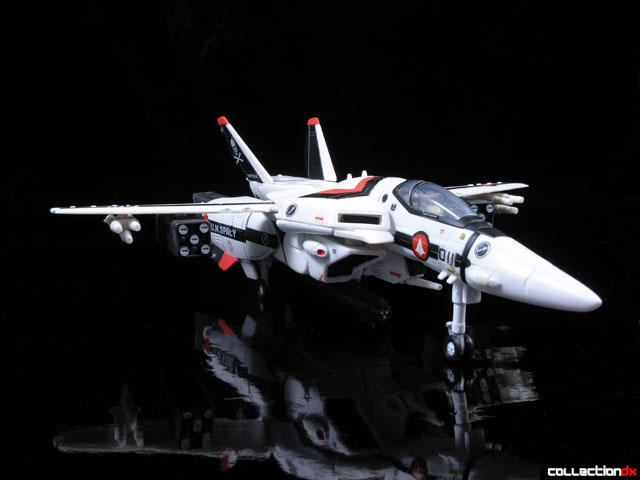 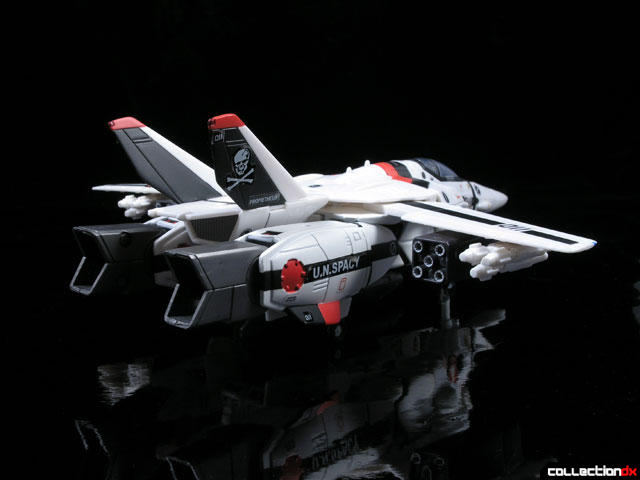 In fighter mode, the toy features working landing gear with rolling wheels, wings that sweep back and forth, detailed cockpit, gun stowage beneath the rear fuselage and an assortment of missile batteries that could be attached to the wings. The fighter mode is incredibly detailed and appears to be anime accurate. I am sure some anime purists may say that a vent is too big here or there, but for the most part, it looks great. 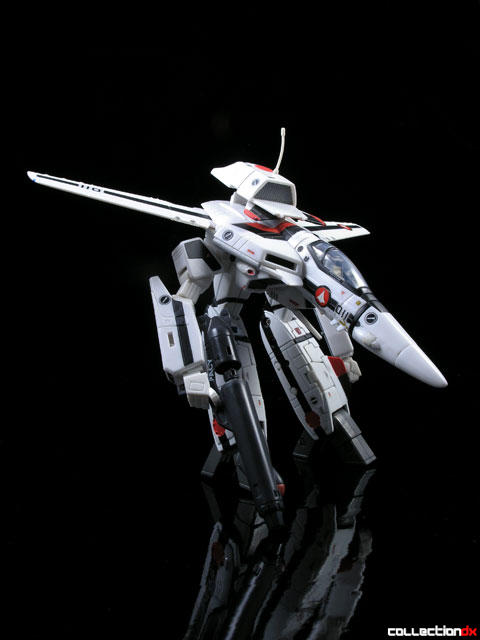 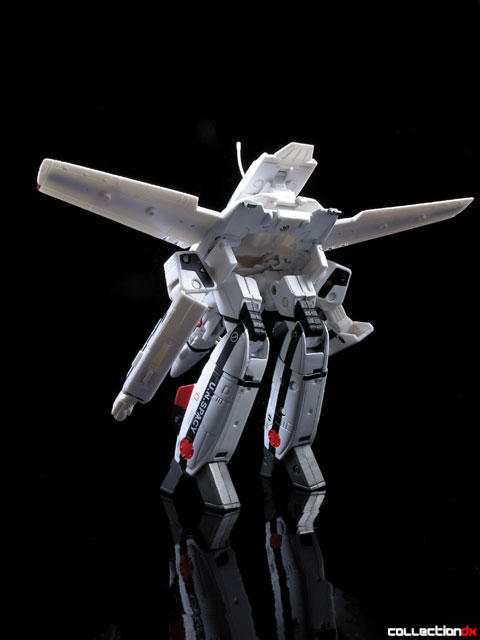 Gerwalk mode is easily achieved by removing the legs, pulling the arms out and around and then re-attaching the legs. The legs are held on by a unique system that enables the hips to lock onto the fuselage. In this mode the rear fins and assembly can be folded up and an antenna can be attached. 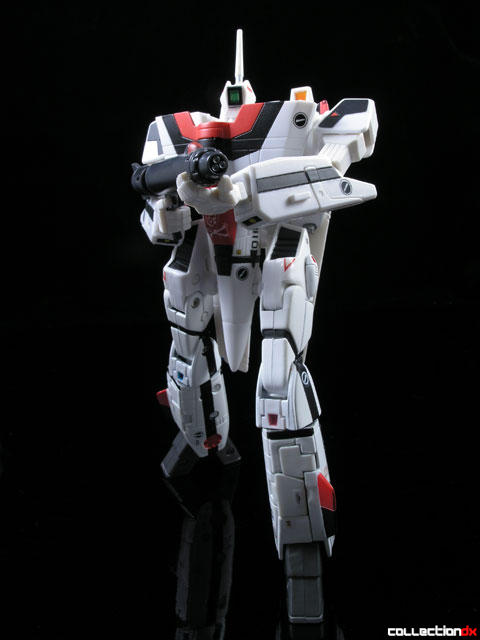 Battroid mode is the star of the show here, but also the greatest issue of contention. It is here that the transformation gets tricky, and things must be assembled just right to make it all work. 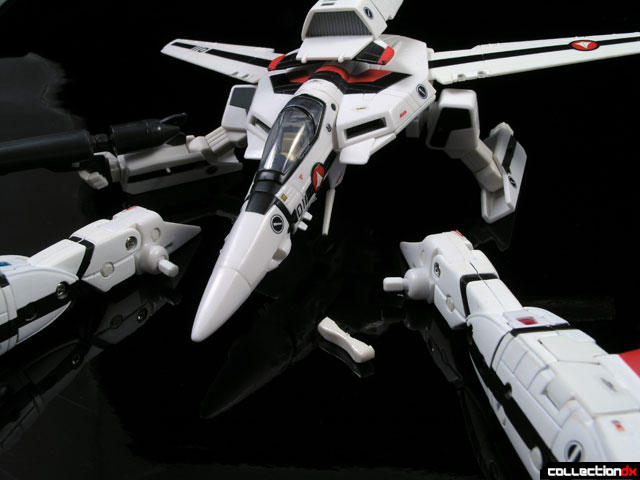 The main things that fans bitched about were the leg connection assembly. Unlike traditional Valkyries who used a less-accurate swing bar mechanism, the Yamato Valkyrie used a removable leg system. To attach the legs, you needed to push out a small peg in the nose cone and insert the hip pegs into the hole. While this creates a more anime accurate look with a wider degree of motion, you now have a part that might get lost, and you lose the anime accurate transformation. No longer is it “perfect Transformation”. The rest of the transformation is similar if you ever had one of the vintage versions, but with some subtle differences. It is best to check the manual before transforming, just to be on the safe side.

The Battroid mode has a level of detail and articulation in a transforming Valkyrie that was unprecedented. It was very poseable, with over 23 points of articulation. In Battroid mode you can swap out the canopy with a heat shield as is shown in the anime. 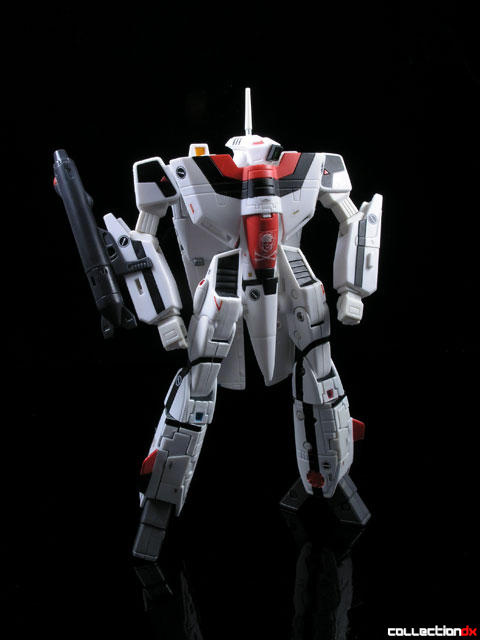 The gun pod is nicely done, and can fit securely into the gun-holding hand. When not in use, it can be stored on the forearm by way of a removable panel.

The toy came with a ton of accessories packed inside a beautiful box: 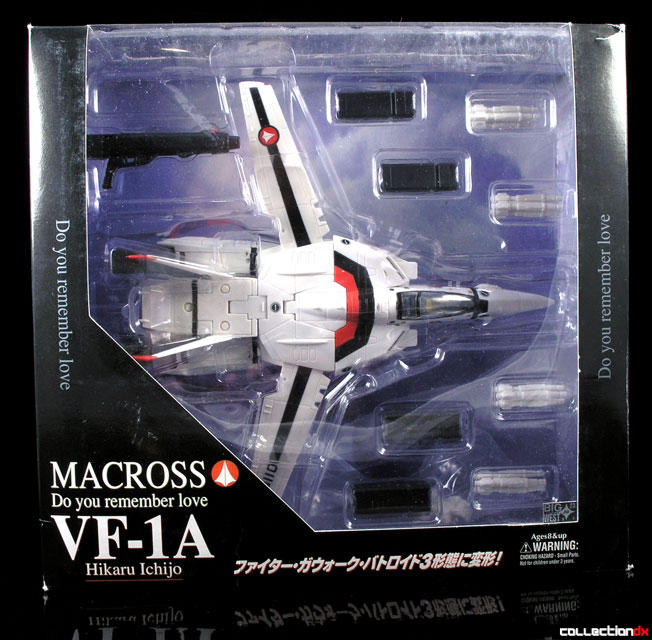 The toy has a few minor flaws. Whether or not you call the leg swapping flaws is up to you, for the purpose of this review, I am not going to hold it against this toy. What I do have a problem with though is the weight of the legs. When you pick this toy up, the legs do not hold their pose and they “clink” together. Also, the landing gear is a pain to pry out of the small bays that they are in.

This isn’t a bad toy. Actually, it’s a really great display model, but I have a hard time calling it a toy. If you like your toys anime-accurate and hyper detailed, then this thing is for you.

If you are like me however, you might find that this toy lacks… soul. It just doesn’t feel like something a kid would play with. I know that is not the criteria that all toys are judged by these days, but when you are taking a stab at making a Macross Valkyrie, it is pretty hard to beat out the classic Bandai / Takatoku design. I guess it all comes down to what you appreciate in a toy. For me, I value the feel of an older, less articulated toy than the hyper-realistic designs like this. 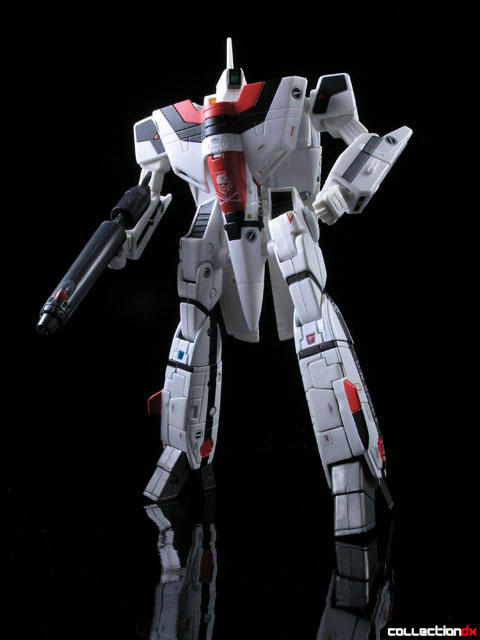 It kind of takes the “fun” out of it, if you know what I mean. Don’t get me wrong, I like this toy well enough, but If given the choice, it’s the classic toys all the way.

Even with the transformation issues I still like them.