After a ten-year gap in producing Macross toys, Bandai returned in 1995 to make new transforming valkyries from Macross7, the direct successor to the original Macross series.

Fans expecting the sturdy heft of the original 1/55 valkyries were sorely disappointed at these largely plastic toys. Bandai released four Valks in this line, plus a few chrome recolors, and then they got back out of the game as soon as they got back in. Considering all the great mecha in Macross 7, their toy line was a half-hearted attempt.

Perhaps in hopes of rectifying that, Bandai re-released two of the valkyries in 2001 with new packaging and slight alterations.

As this is a reissue, we are mainly going to talk about the differences from the original which was reviewed here.

First off, this was packaged in fighter mode as opposed to Battroid mode. 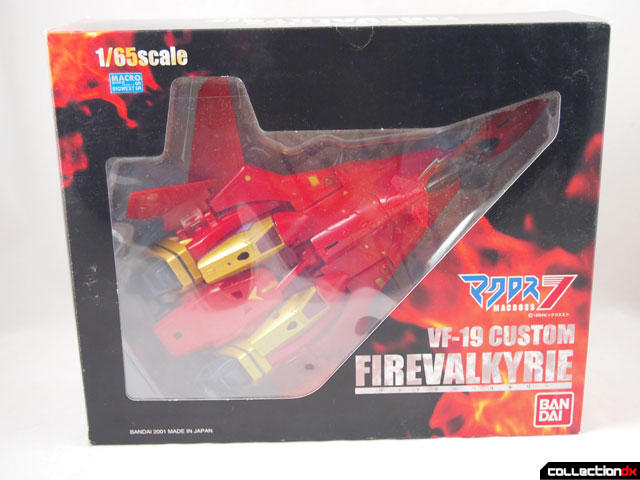 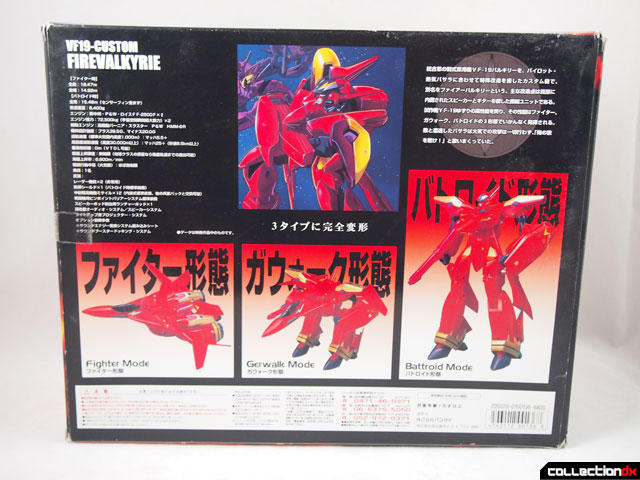 The construction remains very toy-like, which to me is actually a good thing. I love that this is a "perfect" transformation with no parts swapping. If anything, this version seems a bit tighter and better put together than the original. 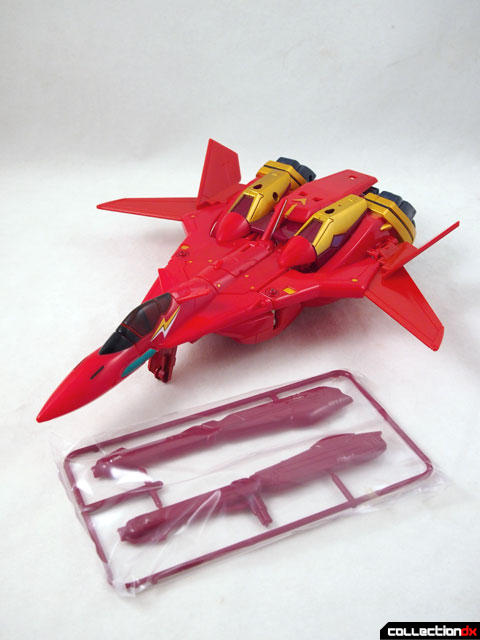 The fighter mode is not at all accurate, but once again - kids toy. The fact that I can hand this to a 6 year old without fear is saying something. 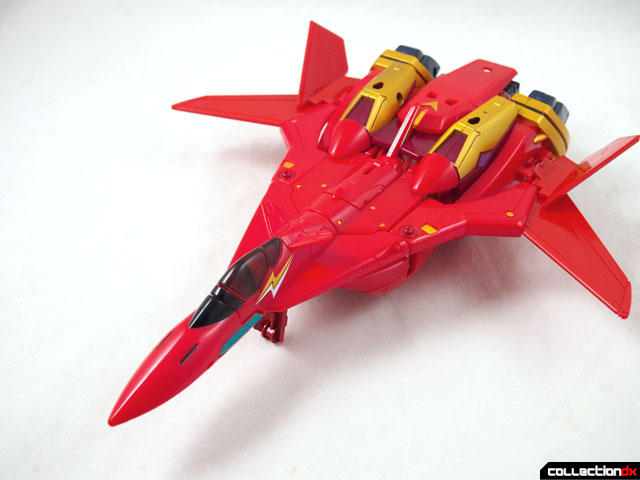 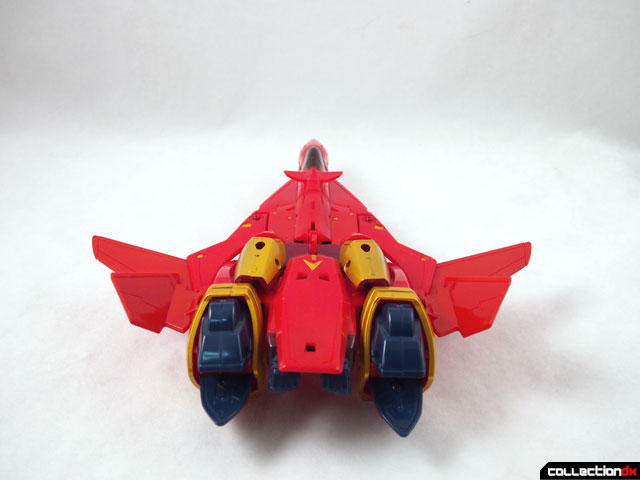 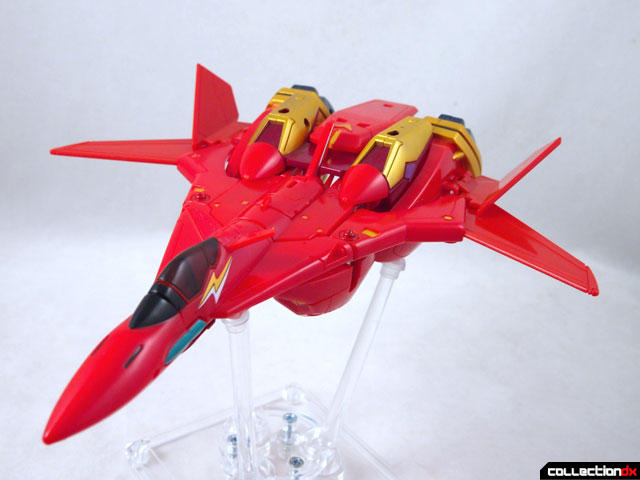 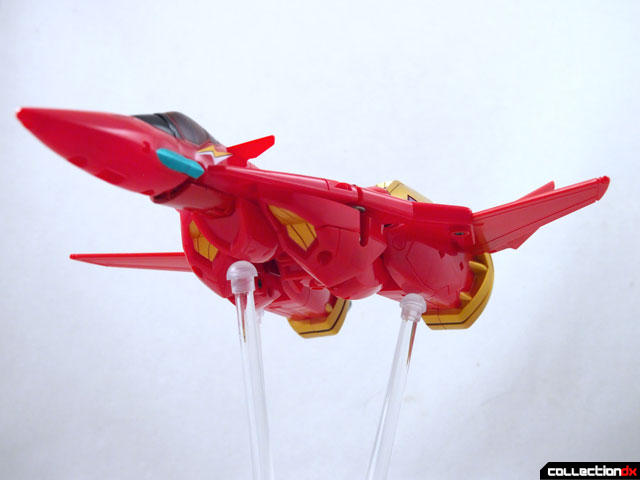 I still dislike how you can't retract the hands in fighter mode. 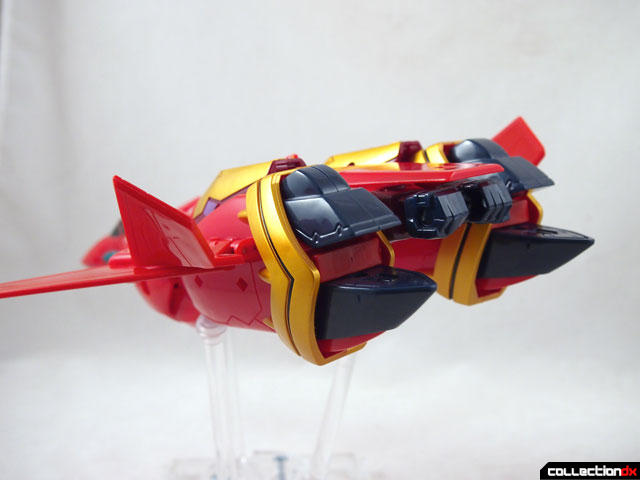 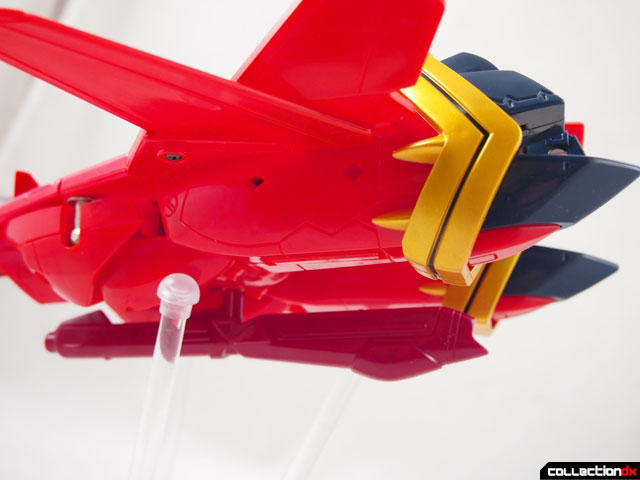 Gerwalk mode is passable considering the target market. Not a lot going on here, and very simple to do. 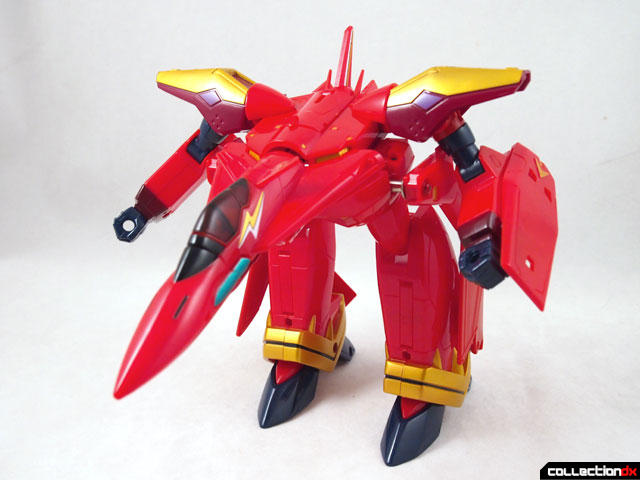 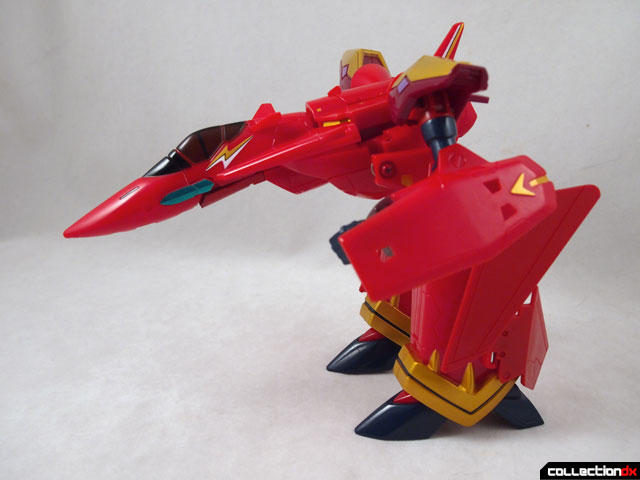 Fill-in panels for gaps in the legs? That sh*t's for wimps. 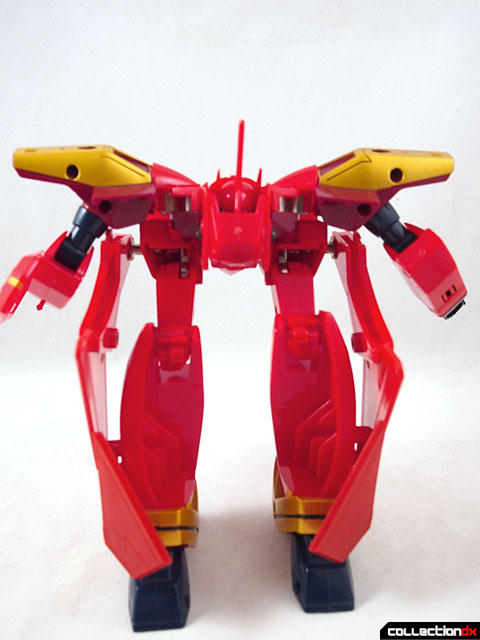 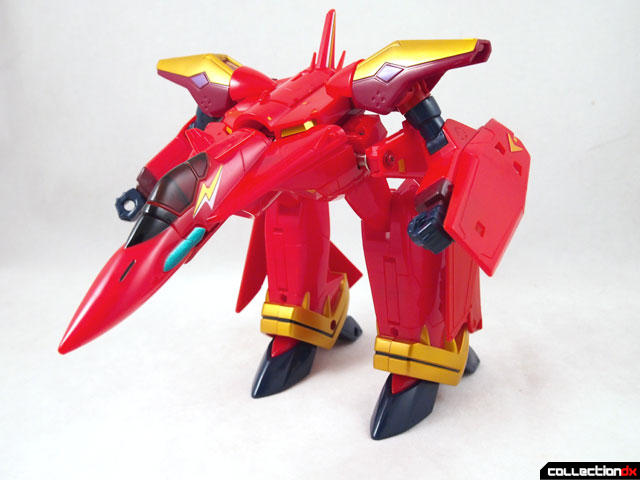 Battroid mode is also a bit out of proportion, but I still like it. 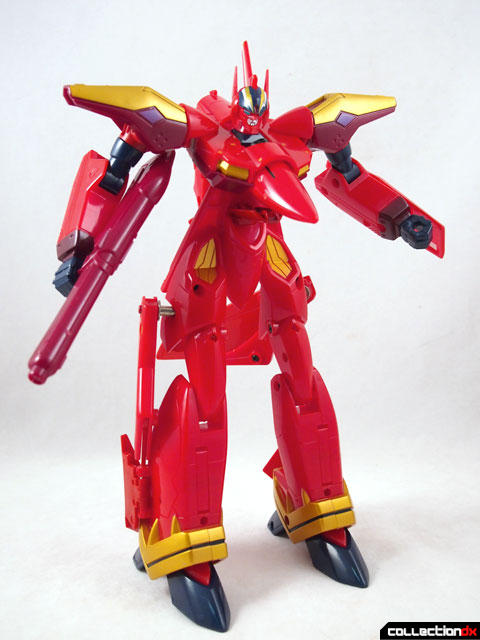 You can actually get some decent poses out of it. 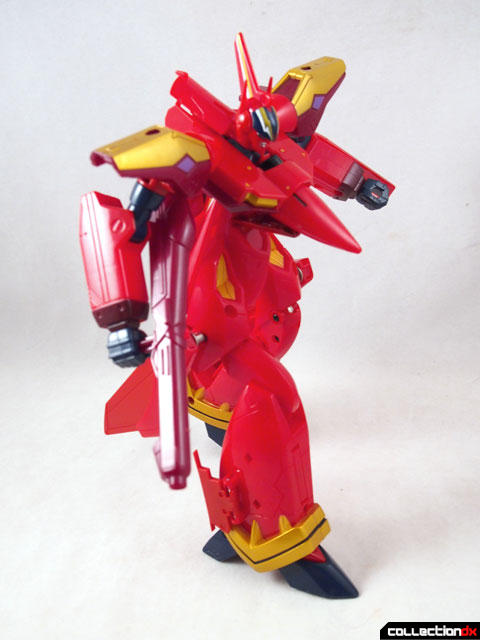 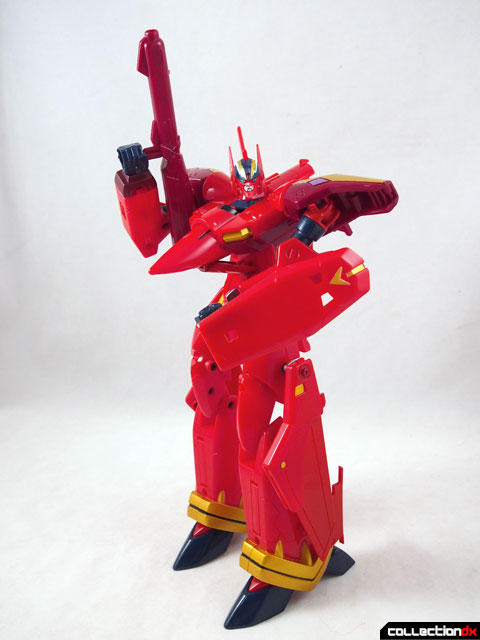 The main differences between this one and the original is the paint. In this version, the details that were previously stickers are now painted on, giving it a much more sleek look. 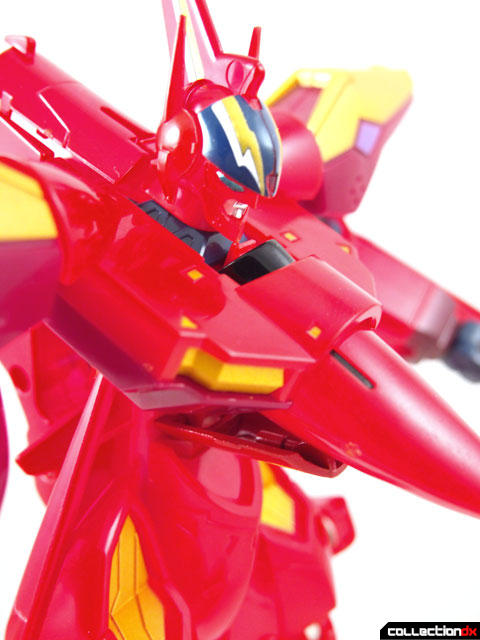 Granted, this thing just does not compare to the newer offerings by Yamato and Bandai. 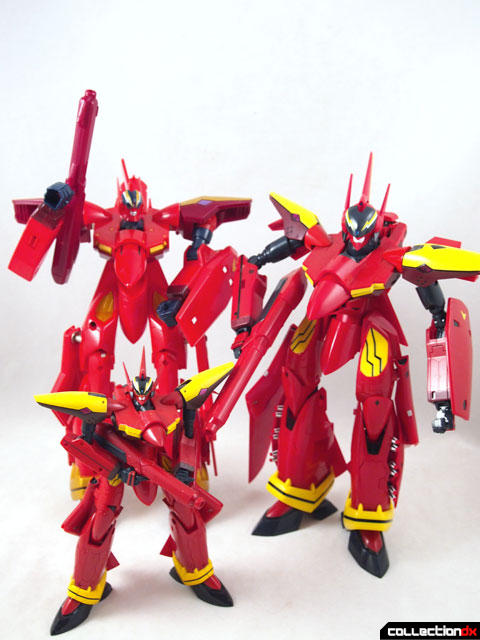 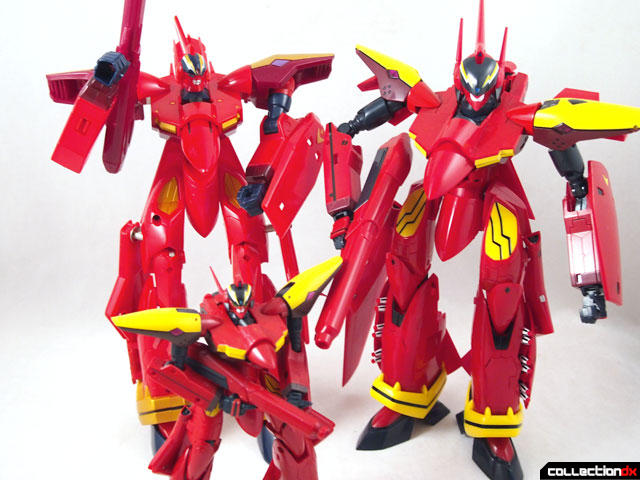 Those are better in almost every way. But for a time this was the only option if you wanted a pre-assembled VF-19 toy. Until the new one's existed, I thought this guy was pretty great. I have a fondness for it's resemblance to an actual toy, which I fear is something we may never see again in a Valkyrie. 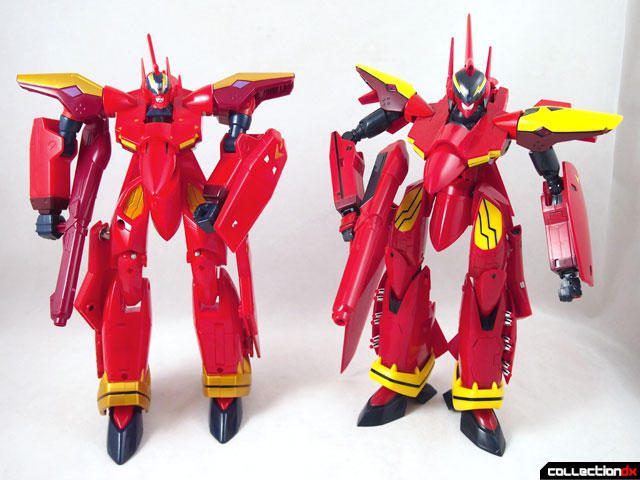 1 comment posted
I would also love it if there

I would also love it if there were toy versions of the newer Valks that I could actually afford and wouldn't be scared of playing with. Since Macross isn't big here and there's not a lot of kids in Japan, it probably won't happen. Nice review, short and to the point!