This toy is the second Frankenstein Monster released in Sideshow's line of 8" action figures. (They would release 7 different 12" figures, not including Silver Screen Editions!). It is my favorite of the two 8" versions. This version is from the 1935 underrated classic "Son of Frankenstein" starring Boris Karloff, Bela Lugosi, and Basil Rathbone. The first was from the original "Frankenstein" movie and even though Boris Karloff portrayed the monster in both films, Sideshow Collectibles, to their credit, did not take the easy road and reuse the mold from the original on this toy. All the parts are specific to this toy. 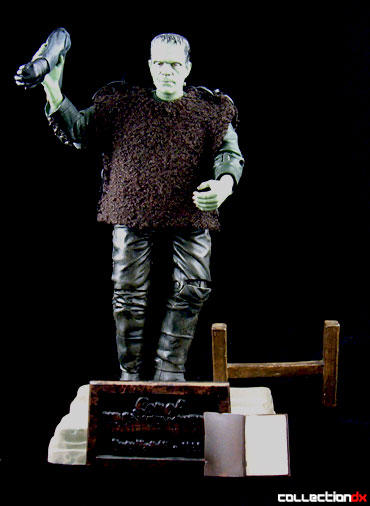 There are 10 points of articulation on this one (knees, hips, waist, elbows, wrists and neck) and the green paint is slightly lighter than on the original. The lighter color looks better in my opinion since it gives the character a more lifeless look. Additionally, the eyes look more sunken in on this one which helps as well.

The Monster here wears a fur vest and comes with an open fairy tale book. The standard base with an engraved nameplate is included and the base has the top of a wooden ladder protruding up from the back. I'd like this feature more if it wasn't sticking out to the side as well, where you can plainly see it is not a full sized ladder. It sort of shatters the illusion for me. Of course, the best part of the toy is that it comes with the arm that the Monster tore off of the constable in the movie! (For those more familiar with Mel Brooks' "Young Frankenstein" than the classic movies, first, shame on you, second, this is where the Constable with the wooden arm joke comes from.) 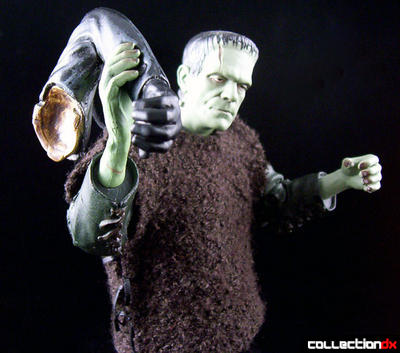 The Son Of Frankenstein was released in the 4th series of 8" Universal Monster figures and was also released in a black and white Silver Screen Edition. 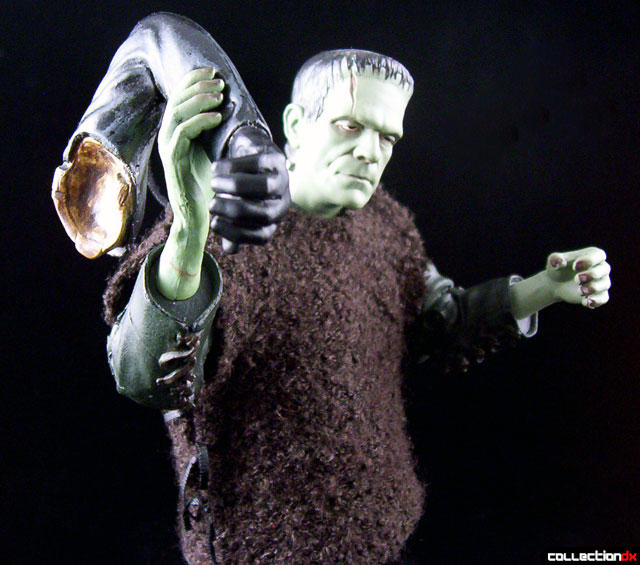 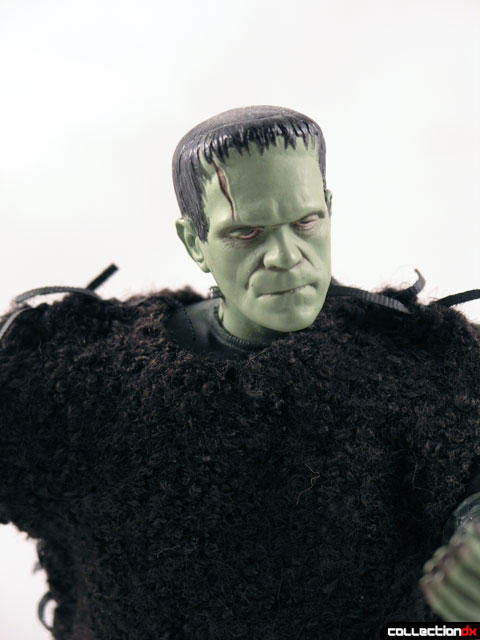 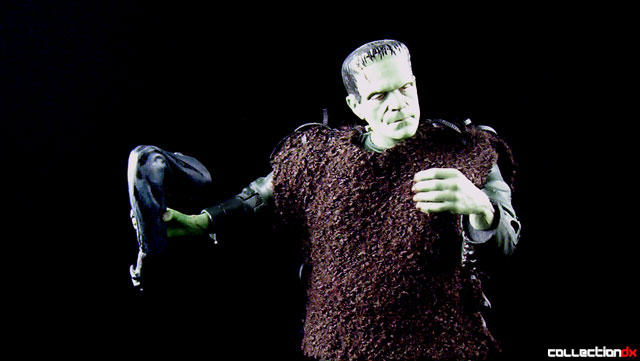 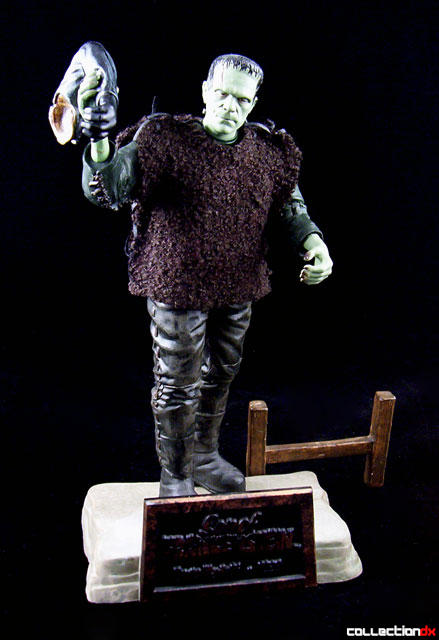 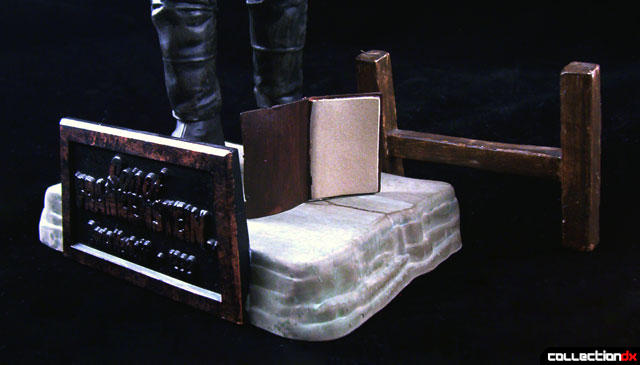