Prowl is the US version of Mach Alert, from the Transformers 2000 "Car Robots" series. Prowl was also the name of the original G1 police car, with a similar paint job. 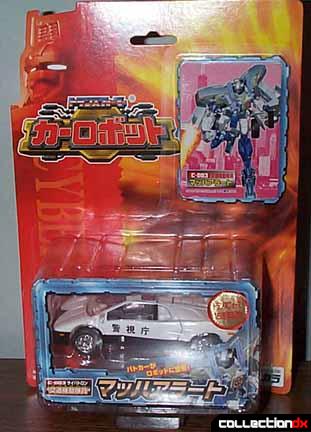 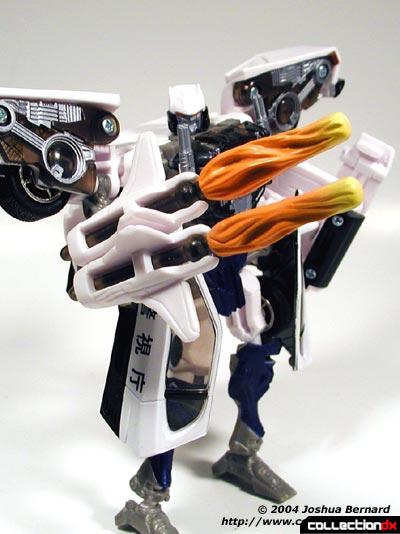 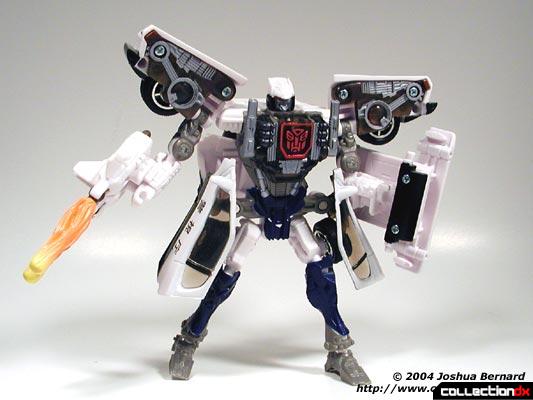 Prowl's transition from Mach Alert went pretty smoothly. The only things changed were the addition of the Autobot logo to the hood, and the coloring of the missiles.

Prowl is easest of the three car brothers to transform. The boosters are removeable from the back and become weapons in robot mode. The legs fold in to become seats. A couple of twists and turns and you're done.

In robot mode, Prowl has a fantastic amount of articulation, rivaling the prior Beast Wars toys.

Prowl rocks. Get him while you can. 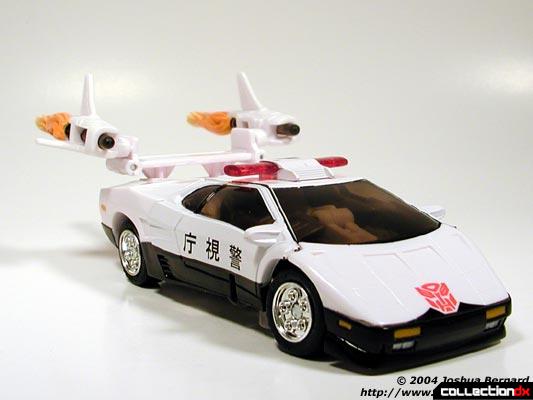 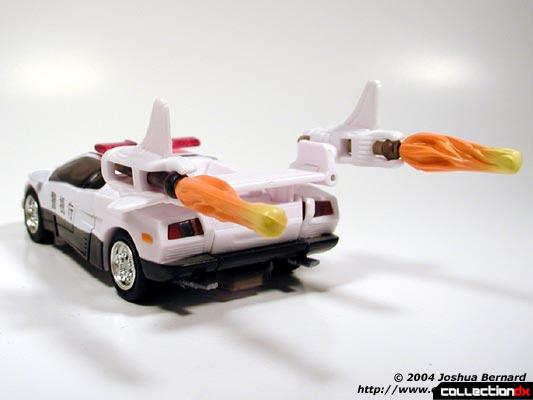