Maria comes to us from series two of Mezco's Silent Screamers Line of action figures. Sculpted by Randy Bowen, Maria is a modern interpretation of the classic robot from the 1926 Sci-fi film, Metropolis. 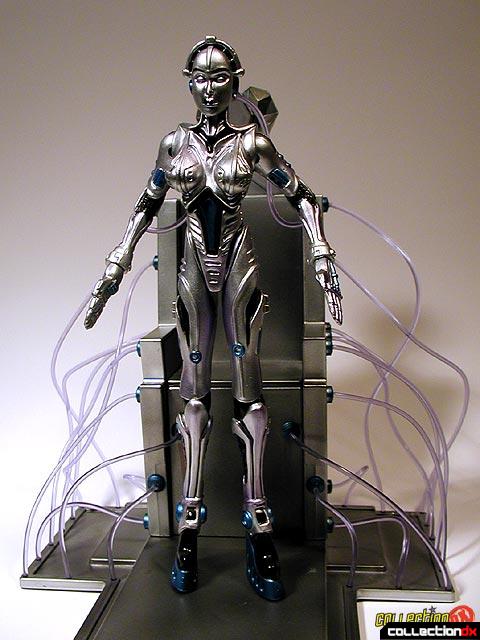 Although the sculpt is beautiful and highly detailed, something is just off about it. Perhaps it's how her legs are spread when sitting in her chair, or maybe it's her enormous robotic chest... It just seems against the spirit of the original design. Where the original Maria design was a classy example of art deco, this version is more like bad 80s pop art. 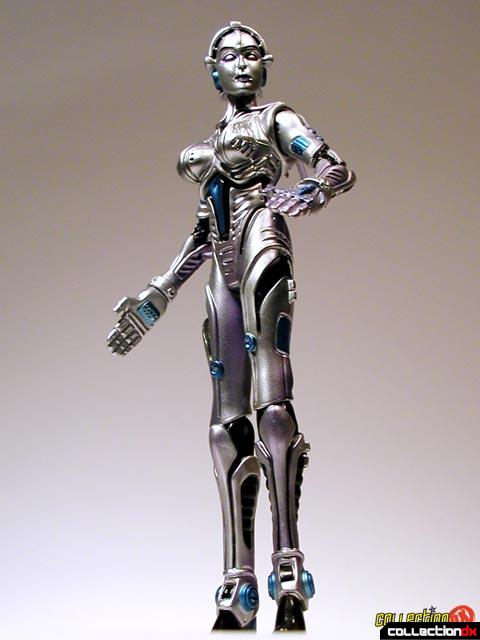 Not that there's anything really wrong with that.

Maria is about 7" tall, curvaceous, and not as articulated as she should be. You've got joints at the shoulders, hips and knees, but not in obvious places like the elbows or ankles. This would be a very cool figure if they had gone the extra mile and put decent articulation in. 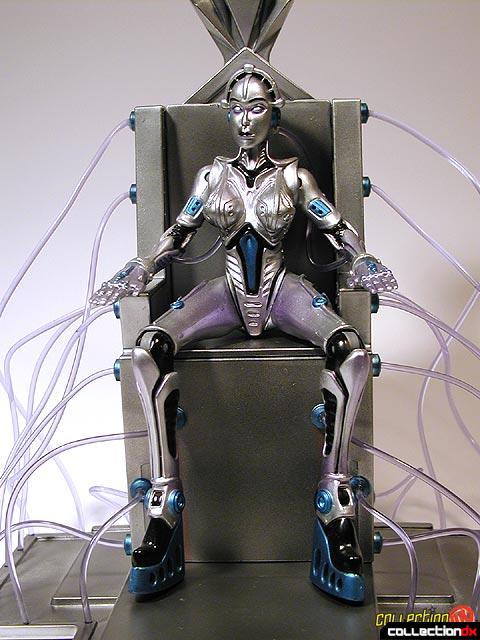 The paint and finish are breathtaking. The translucent tubes on the back of the head add a nice touch. However the design is more Hajime Sorayama than Fritz Lang. 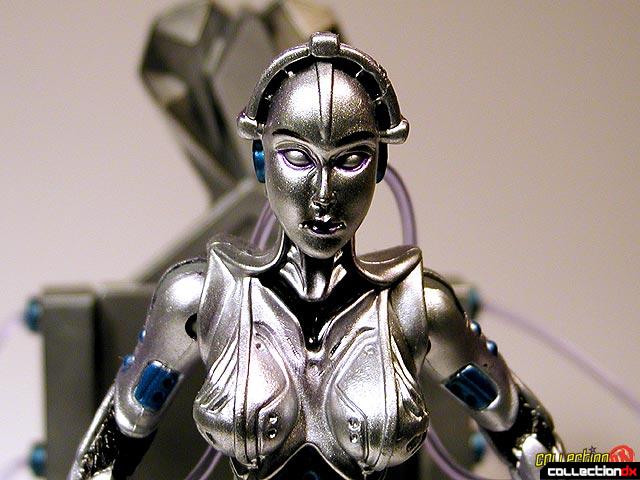 The base is really something special. You have to assemble it once out of the package, but once you get the pieces locked into place and the tubes connected.. amazing. Too bad Maria does not like to sit in it. She tends to slide out. Simple pegs on the feet would have solved this. 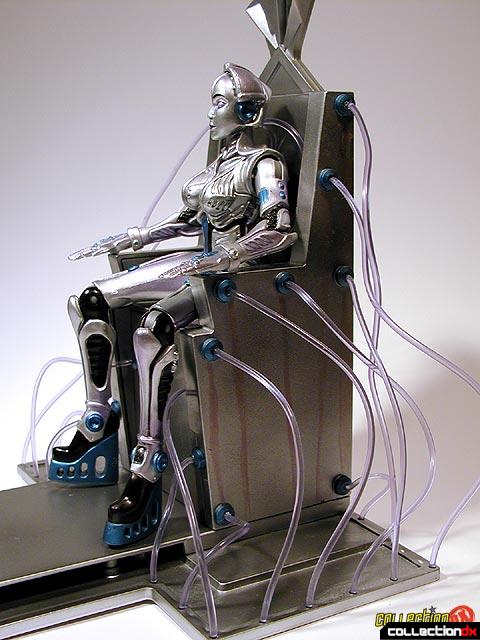 Maria is a classic example of a company being too concerned about the look of a toy and not whether or not it IS a good toy. Some simple improvements would have turned this mediocre toy into an amazing toy.