I have to admit, I was saving the best for last. The DX Web Knight Garyun is my absolute favorite Web Diver toy, and one of the best toys in my collection. If you get only one toy from this line, get this one. 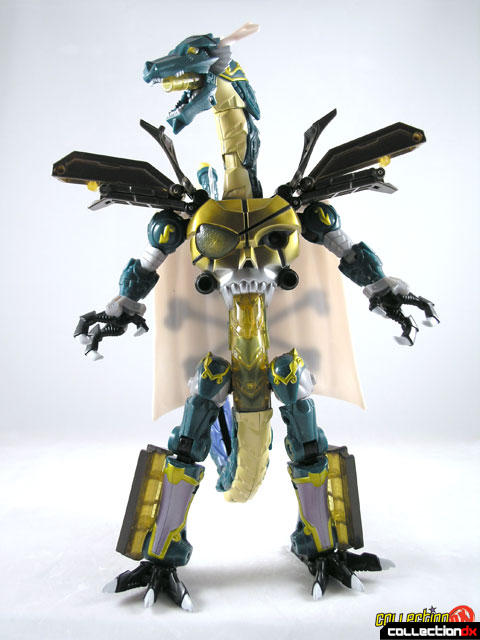 Garyun (a play on Galleon, a type of sailing ship from the 15 and 16 centuries), is a pirate ship that transforms into a dragon. That in itself is enough to make it one of my favorite toys ever. But it is actually a great toy on its own. 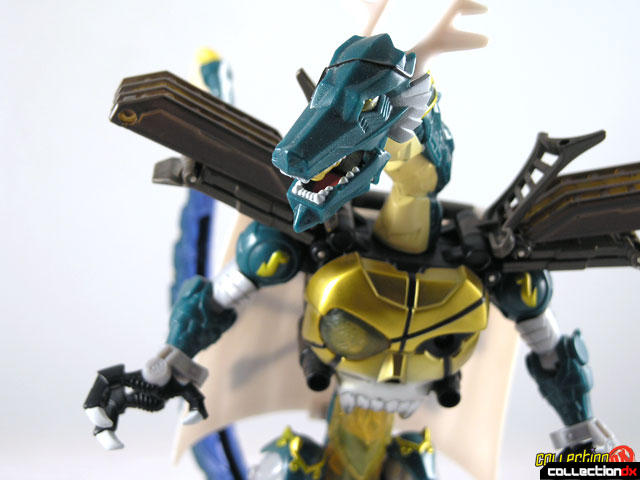 In Ship Mode, Garyun is about 8" long and 8" tall. The base of the ship has 4 yellow legs that extend to provide added stability. There are 2 translucent yellow missiles that fire from the front and each small black cannon actually moves. 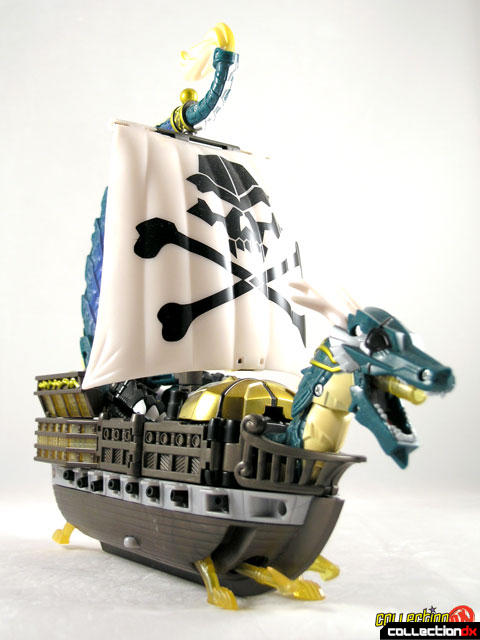 Transforming to dragon mode is simple, with the entire base of the ship becoming a shield. The final dragon form of Garyun is tall and very evil looking. The arms and legs are fully articulated. This thing even has articulated toes and hands! You can grab the shield or the sword weapon, although the shield tends to be too heavy to grasp securely. 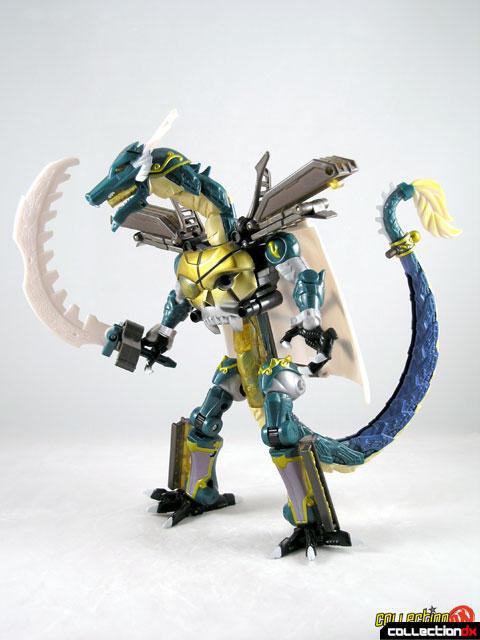 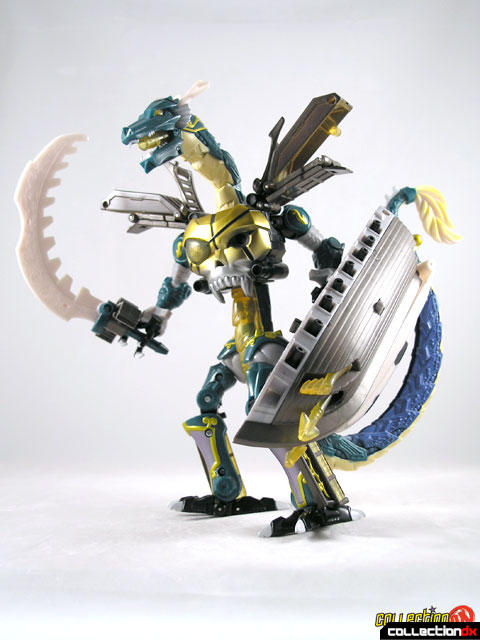 Garyun's head and neck are extremely poseable, aided by several joints, including an articulated lower jaw. Press the button on his back, and the skull, eyes and mouth of Garyun light up! 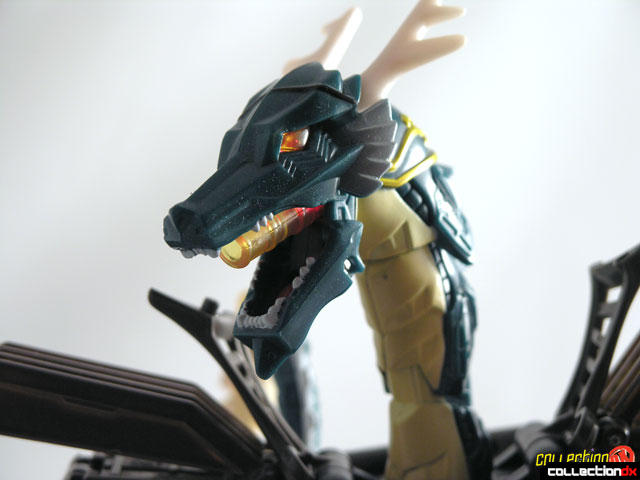 Garuyn can also combine with the DX Web Knight Gradion in two ways. First, you can detach the skull from the chest of Garyun and attach it to the front of Gradion. A target scope folds out of the skull. There is also a sort of docking mode where the entire Garyun toy connects to the front of Gradion. These changes are reflected in the video game when Gradion is plugged in to the television set. See the Gradion review for more information about the Web Diver game component. 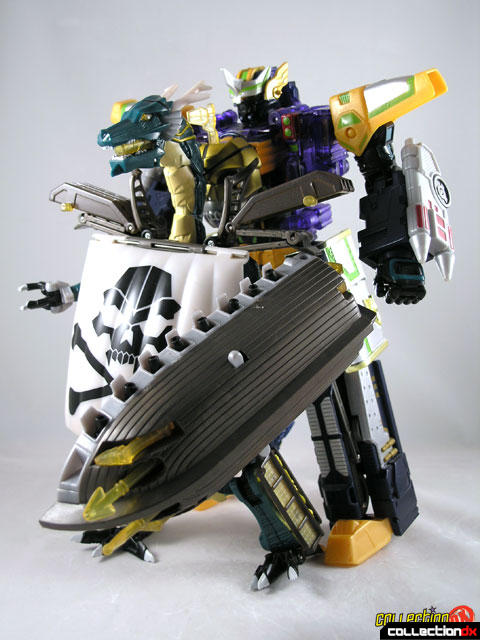 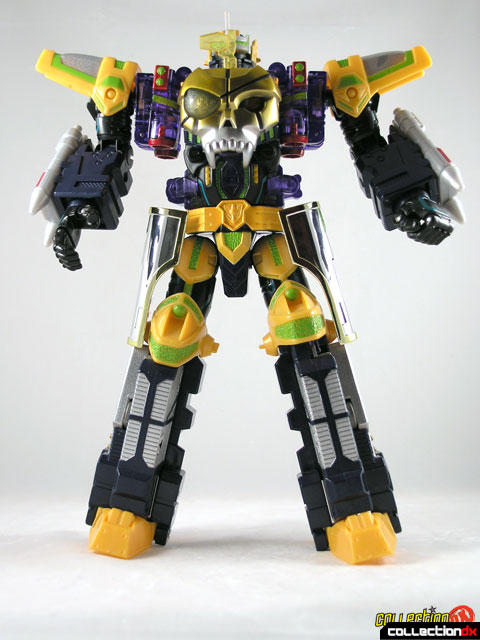 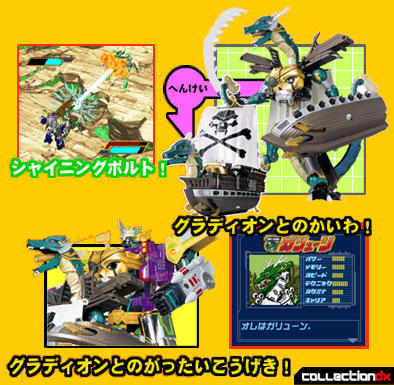 I just love this toy (if you couldn't tell). I would recommend it to anyone, even if you don't care for the rest of the Web Diver line.