The full name of this toy is Master Action DX GaoFighGar Final Fusion Box. It's a big plastic transforming robot toy. It was made by Yujin, better known for their cheap gashapon and SRDX girlie figures.

I have to be honest - I have no idea what GaoGaiGar is about, or what role GaoFighGar plays in the series. From what I understand about the show, it is mainly a giant toy commercial aimed at younger audiences.

From the Diamond Comics press release:

GaoGaiGar was one of the most popular Super Robot shows in Japan during its decade-long run. It had gritty storylines, likable characters, and flamboyant mecha, appealing to the child-like nature of all its fans. With the show's strong fan-base, and the amount of collectors of Super Robot action figures, it seems only natural that they have some cool collectibles to honor the show and boost their collections.

Imported from Japan, the fully poseable and transformable GaoFaiGar Deluxe Transforming Figure is made up of five different vehicles! When the five vehicles - Phantom Gao, Stealth Gao III (the back wing attaches onto GoaFaiGar's back and measures 13" long), Liner Gao III (with parting shoulders), Drill Gao II (ground vehicle), and the GaoFar (a smaller, humanoid robot) - join together, they form the 12" tall GaoFaiGar! Scheduled to ship in February 2003, this classic concept with modern appeal is a Super Robot collector's dream-come-true! 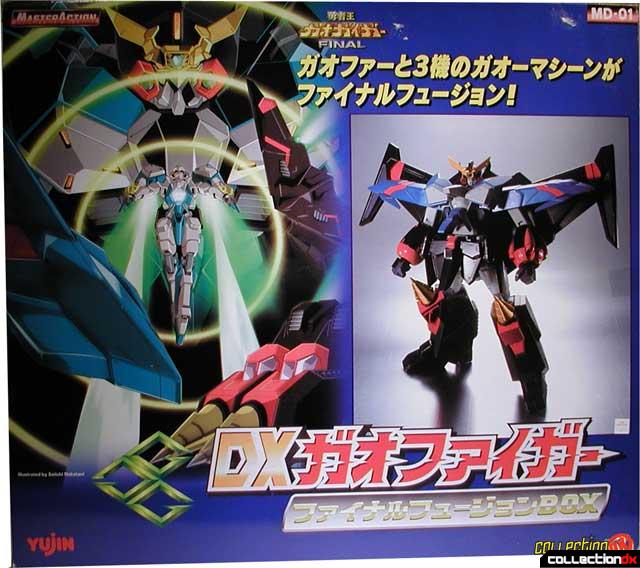 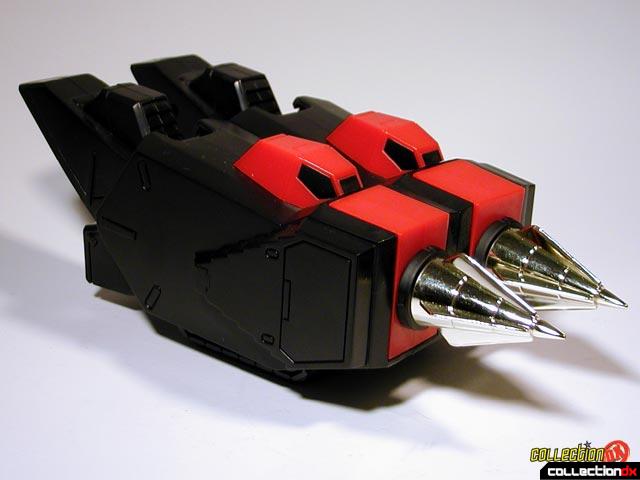 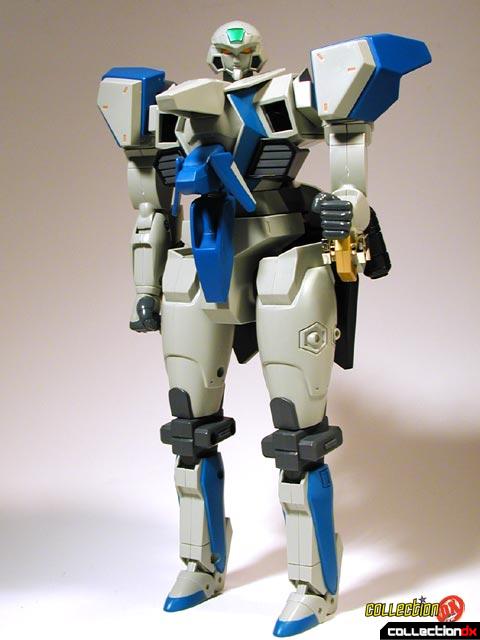 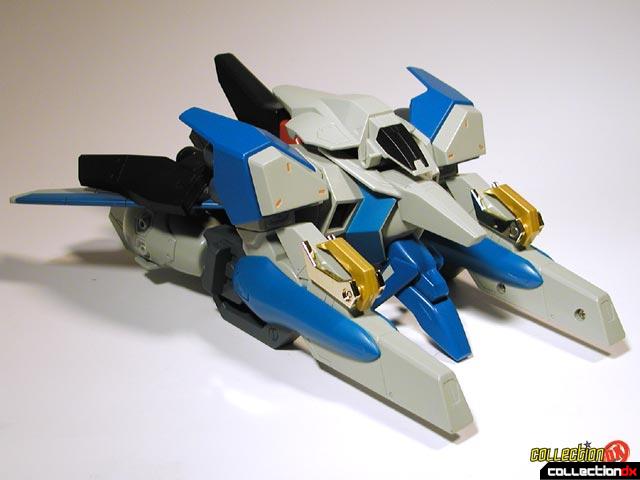 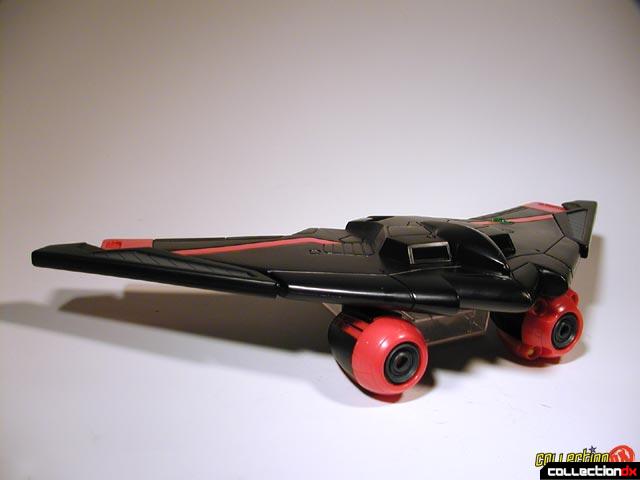 The toy comes packed in a huge Styrofoam tray. Assembling the toy for the first time is a bit difficult, as many pieces need to be removed to transform from the individual components to the GaoFighGar robot. Many pieces are only used in one mode, so you always seem to have quite a few left over at any given time.

Once transformed, the toy stays together well enough, but the plastic used is very light. The toy does not feel really substantial. Articulation is limited, but that's the nature of the design. There are no real accessories- you get one variant open-palm hand, and no weapons. 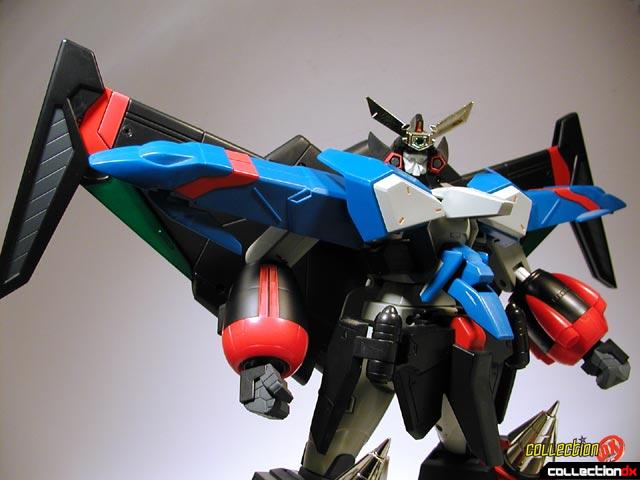 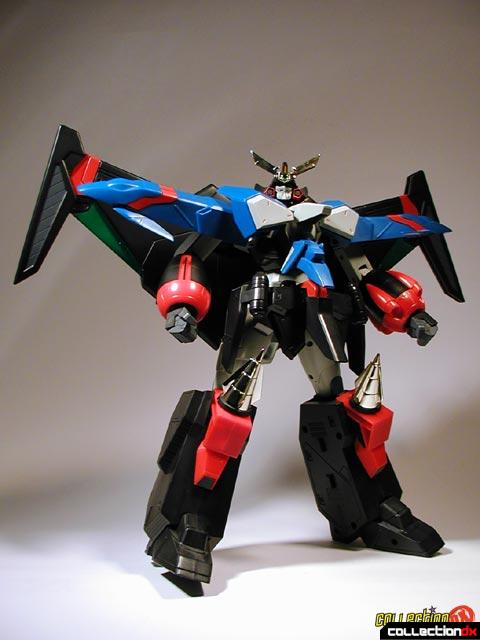 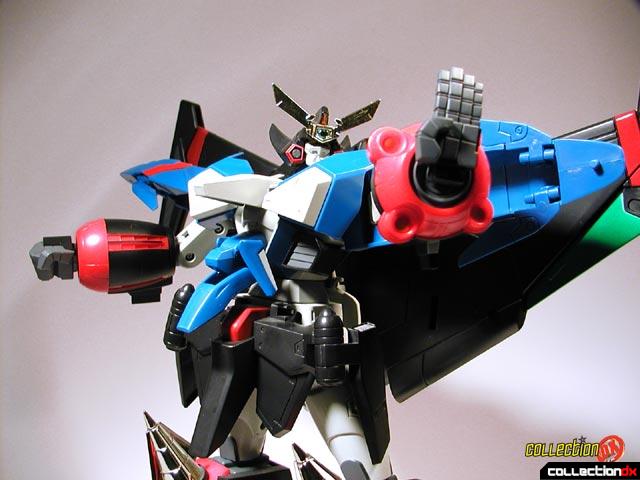 This is not a bad toy by any stretch of the imagination. It just didn't "wow" me. Maybe I expected something that came in that big of a box to do more. If you are a fan of GaoGaoGar or other brave shows, I'm sure you will dig it.

The DX Master Action GaoFighGar was released in Japan in 2001, and imported to the USA by Diamond Comics Distributors in 2003.