The Time Force Megazord was a radical departure in Megazord design. 5 separate ships combine to form 3 separate modes, and when combined with the Time Shadow Megazord can form up to 6 separate modes.

Known in Japan as the Time Robo (from Future Task Force TIMERANGER), the Time Force Megazord is constructed of high quality diecast metal and plastic. Although the metal content is minor, the toy still has a good solid feel. 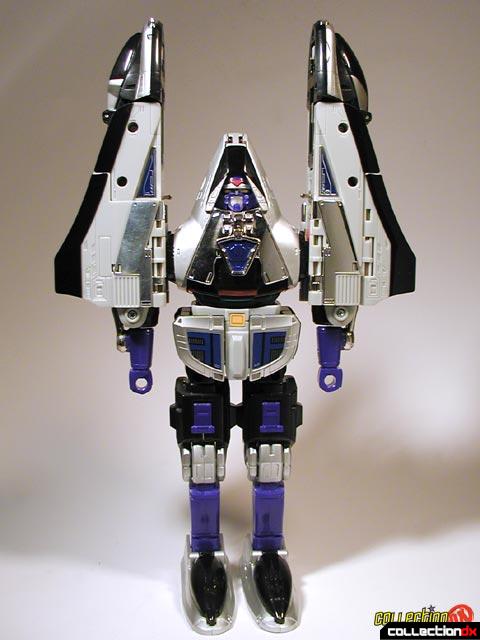 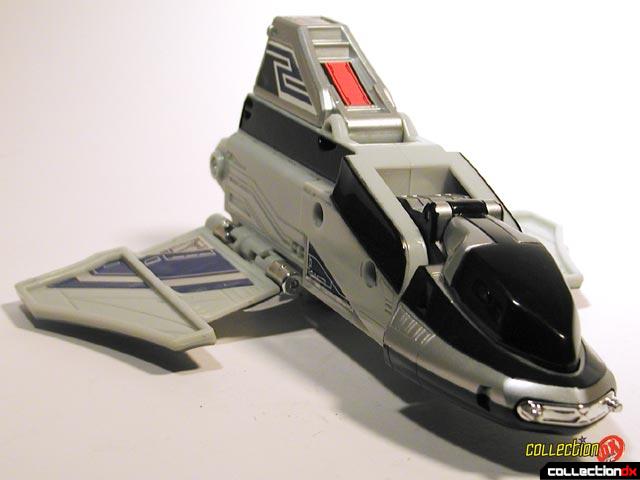 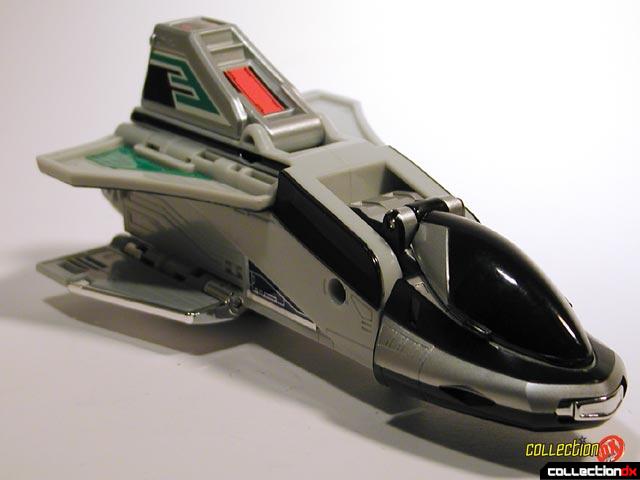 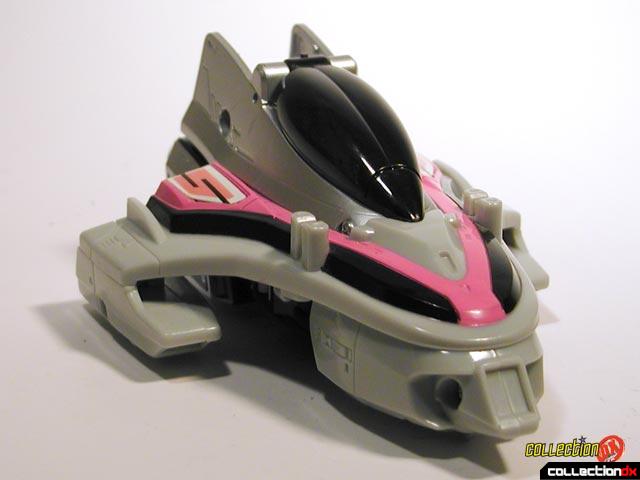 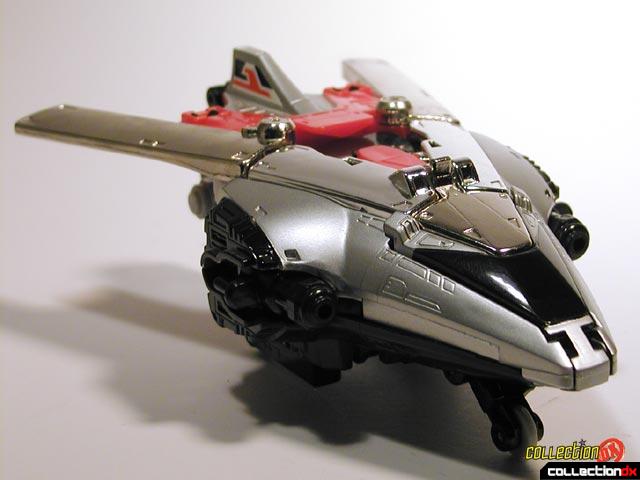 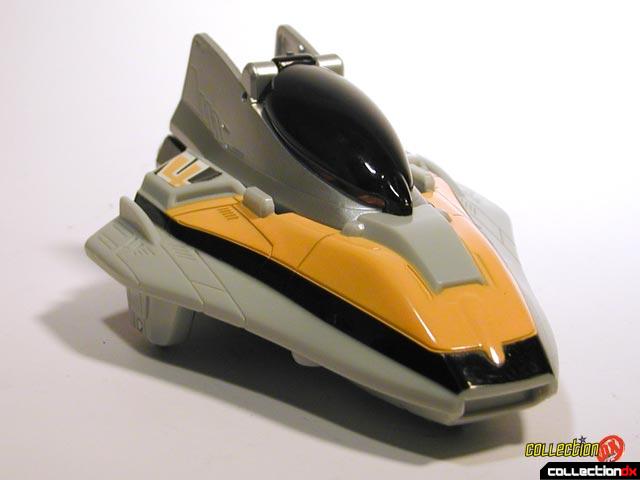 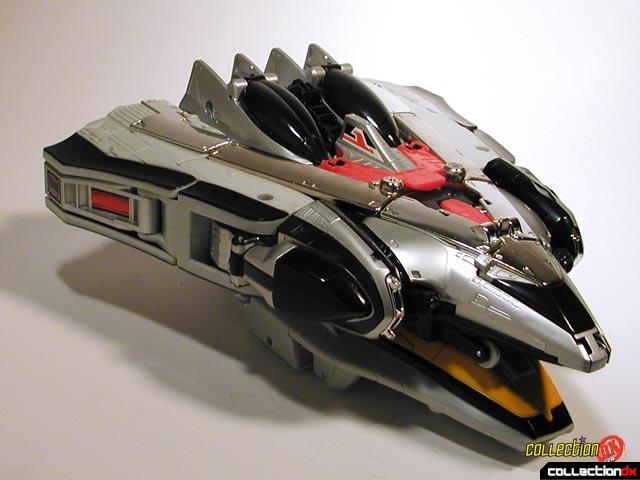 You can also combine the 5 Time Flyers into 2 distinctly different Megazord modes. Time Force Megazord Mode Red is a stocky, powerful looking mode, built for strength. It can hold a shield (made out of the leftover parts from the combination) and the Time Sword. The sword has adjustable blades. 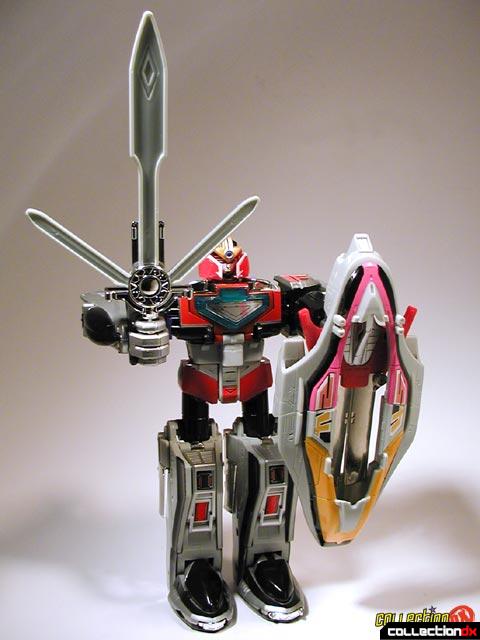 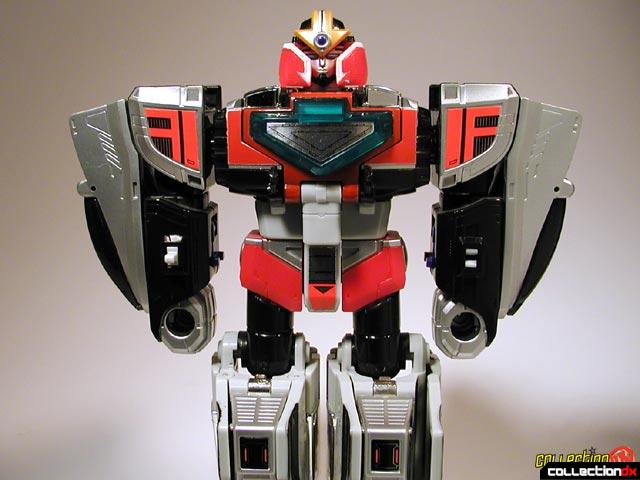 Time Force Megazord Mode Blue is a sleeker Megazord, which uses a weapon called the Timejet Blaster. For some strange reason, this blaster was not included with this version of the toy. Instead, it can be found with the smaller plastic version of the toy. 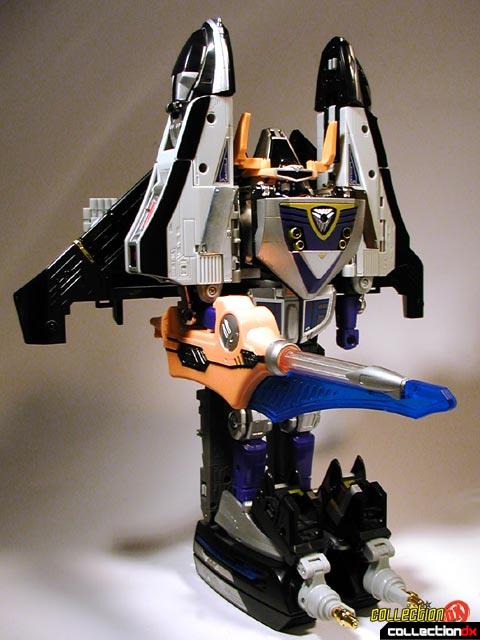 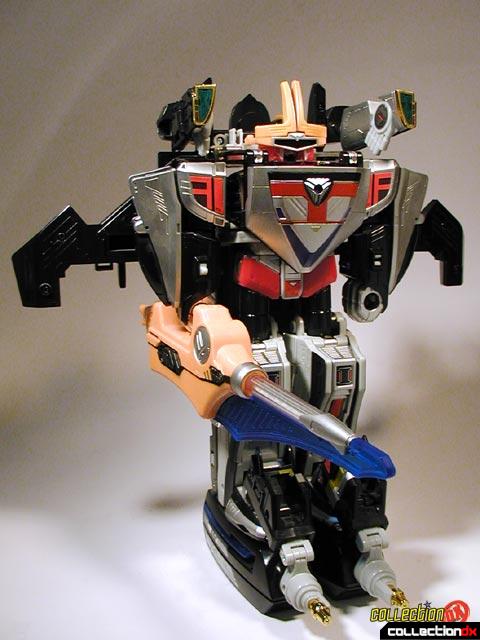 The Time Force Megazord came packaged in 2 different boxes. The first release came packaged alone in a solid green box, and it was later re-released as a Toys R Us exclusive 2-pack with the Time Shadow Megazord. 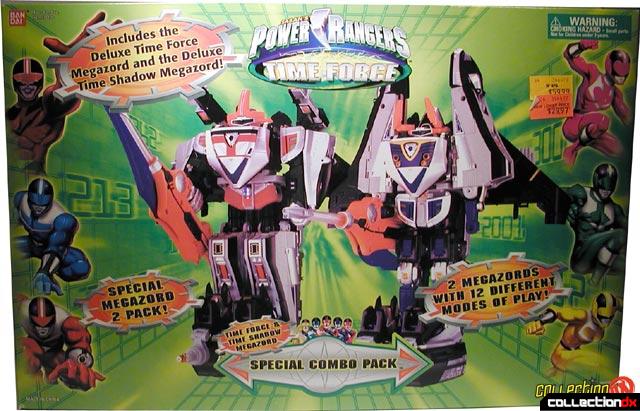 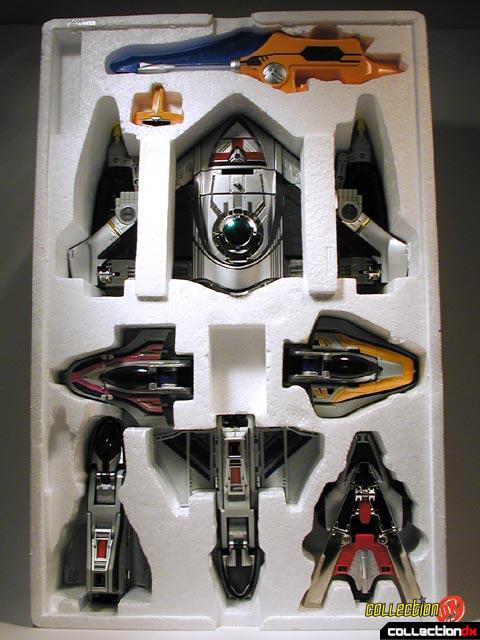