Twin Tail is an ultra Kaiju who first appeared in Return of Ultraman, with later appearances in Ultraman Mebius and Ultra Galaxy Mega Monster Battle. 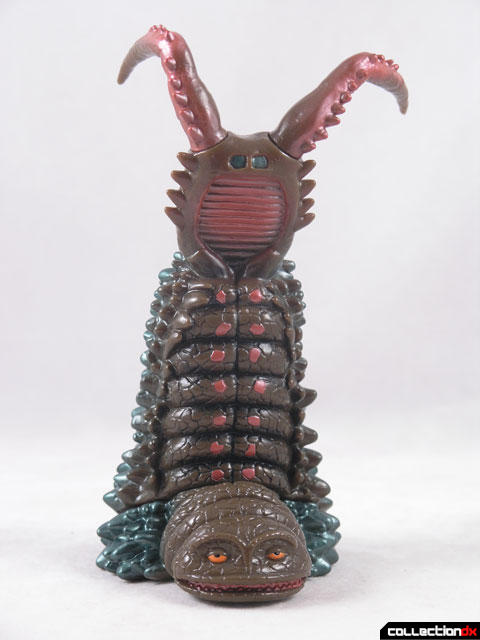 One of the odder looking Kaiju, Twin tail is a worm like creature that has his head at the ground level with his whips held high to attack. He's just plain weird. 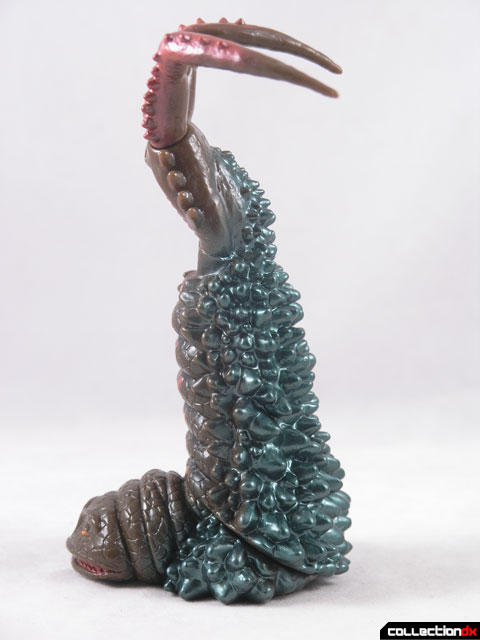 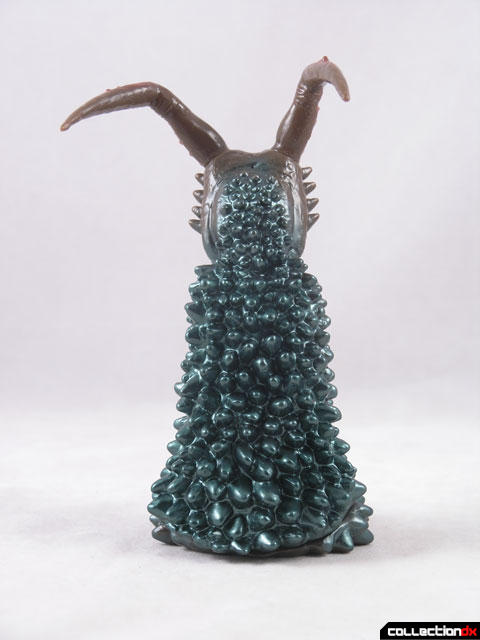 Made out of soft vinyl, Twin Tail only has 3 points of articulation - the two tails, and the joint between the body and the head. 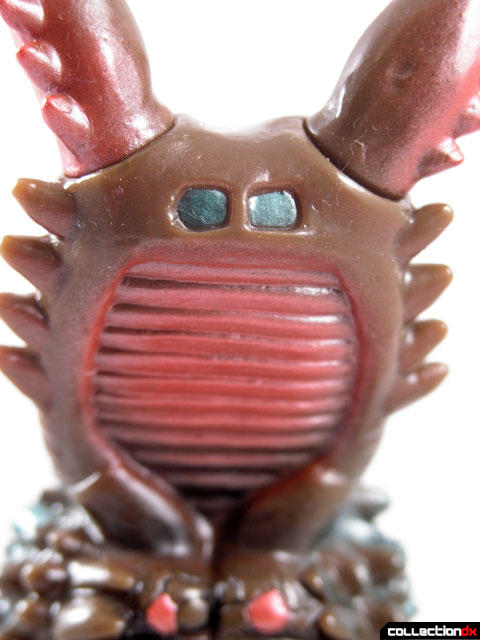 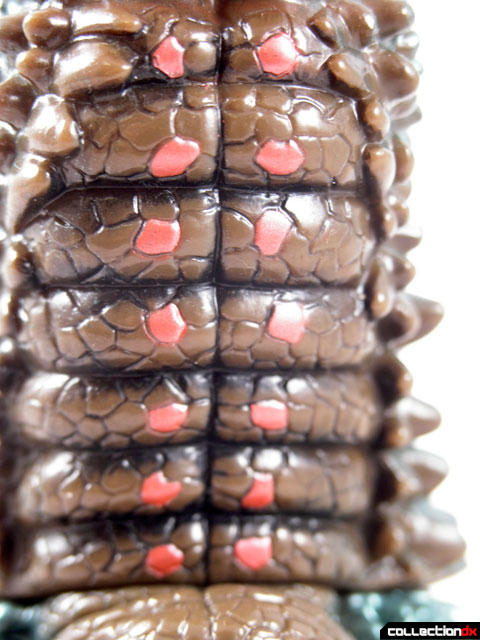 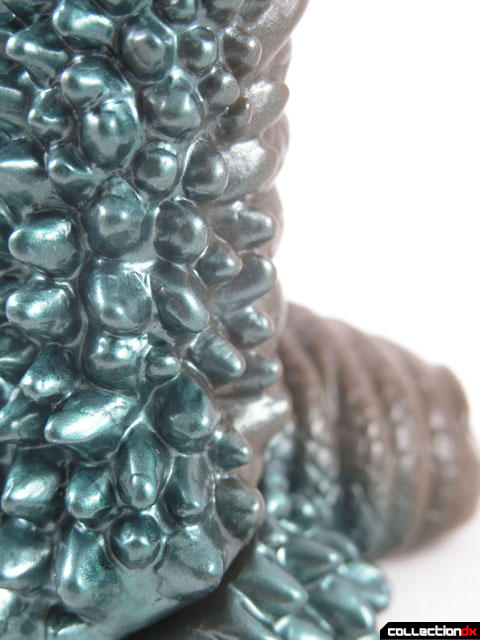 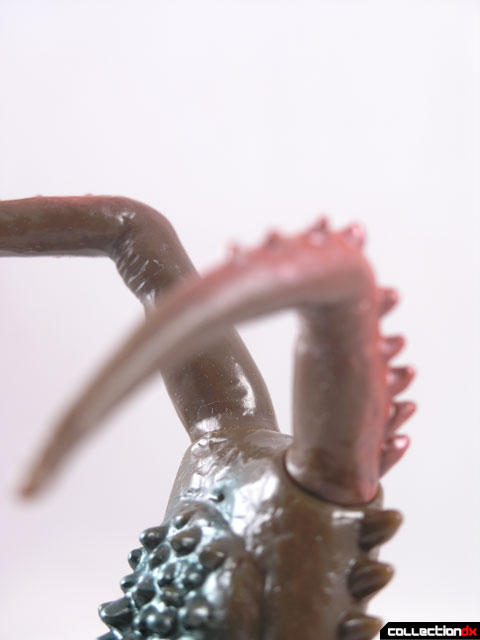 Twin Tail came with a tag and a hanger. I got mine at Mandarake in Japan for about 525yen. It's so tough to turn down cheap kaiju. 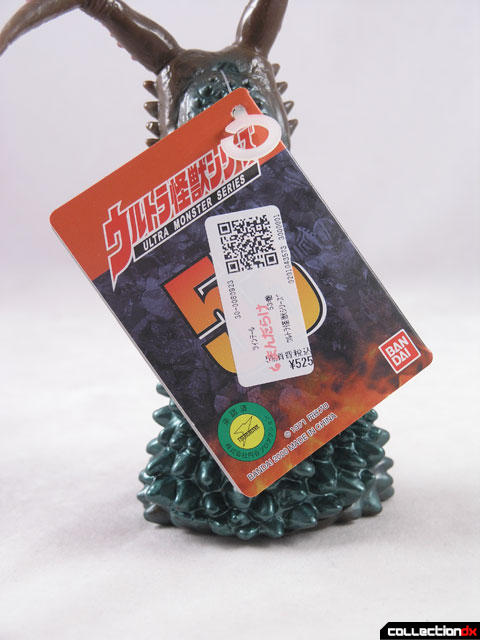 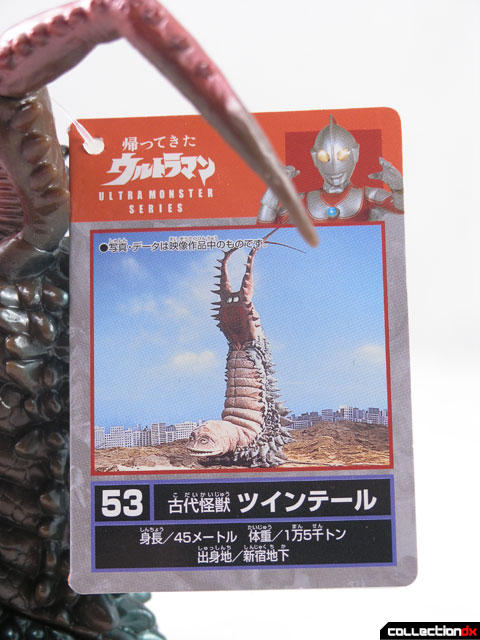 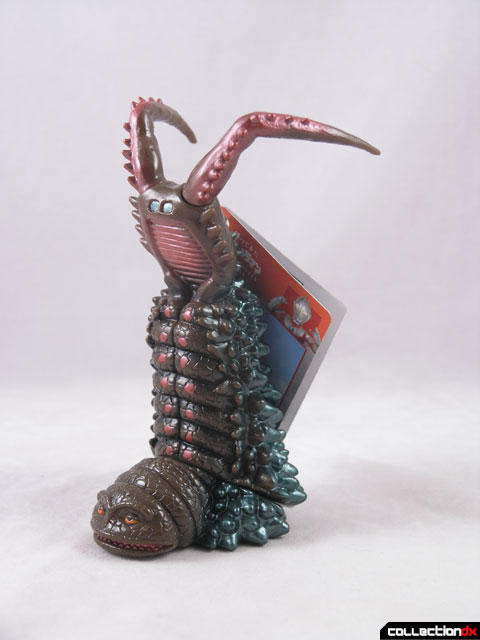 I mean, just look at this face, how can you not bring him home? 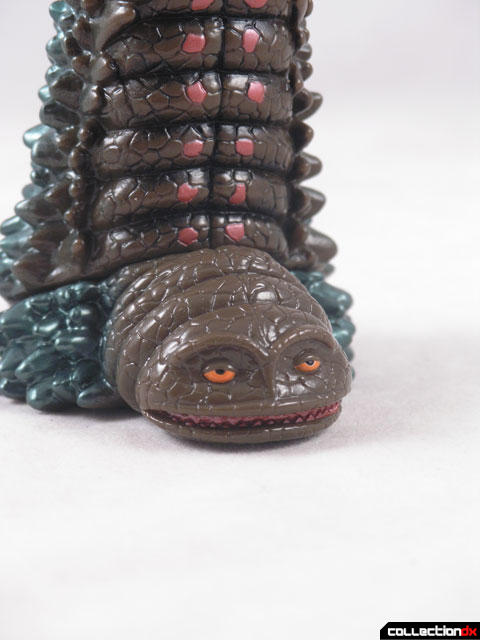 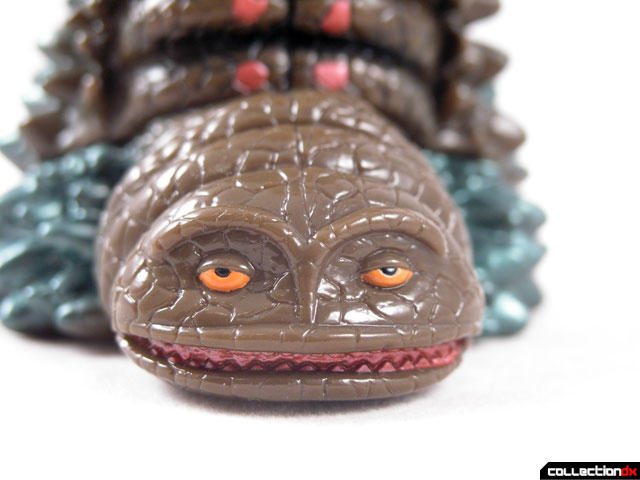 From the face, it's like he's telling you to "BUY ME!"

Twin Tail comes to me in my dreams as leader of the totalitarian order of The Black-n-White Bat Fuhrer dressed in baby-blue.

Yeah this guy grosses me out.

This kikaiju always gives me a headache when I look at it. It must have been a nightmare to be the actor in this suit.

Even more difficult if the actor was a method actor!

will gain respect from me as it's hard to do these suits, heck to just be able to do it speaks volumes of acting skill

From his face I get "Got any spare change mate.."

Will you please review a cool robot or mech soon?

"Will you please review a cool robot or mech soon?"

Huh, it is an odd assortment on the homepage right now, very light on proper robots. We'll have to change that...