Super Mach Alert is a repaint of the original Mach Alert from the Transformers 2000 "Car Robots" line. In the show, the three Car Brothers all get a power boost and new paint Jobs, hence the "super". Mach Alert is better known in the US as Prowl. 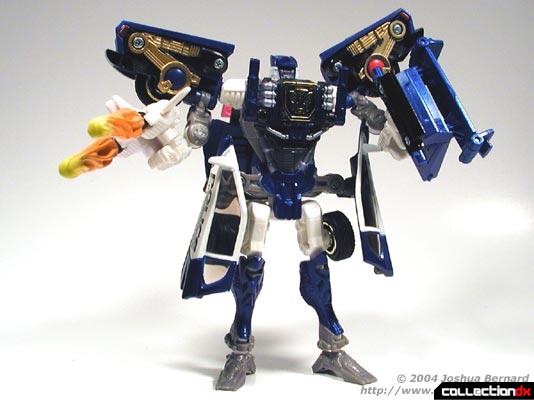 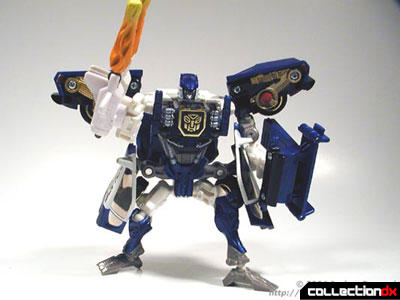 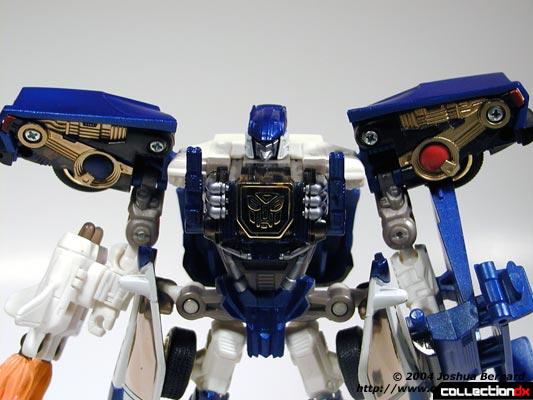 Super Mach Alert is a Lamborghini police car. The transformation is simple - it's probably the easiest of all the Car Brothers. The feet unfold from under the hood, and the rear splits into the arms, with the back hood becoming a shield. The tailpipe assembly folds down onto the chest plate revealing the head. One cool feature about the transformation - the feet fold in and become seats.

Super Mach Alert comes with 2 launching weapons. They aren't spring loaded however - you just push in the back and the force of the missile going through the assembly pops it out. I like this color scheme better than the original Mach Alert. The gold is really eye-catching.

I think the toy is different enough from the original to be worth getting. It has fantastic articulation and looks great in both modes. 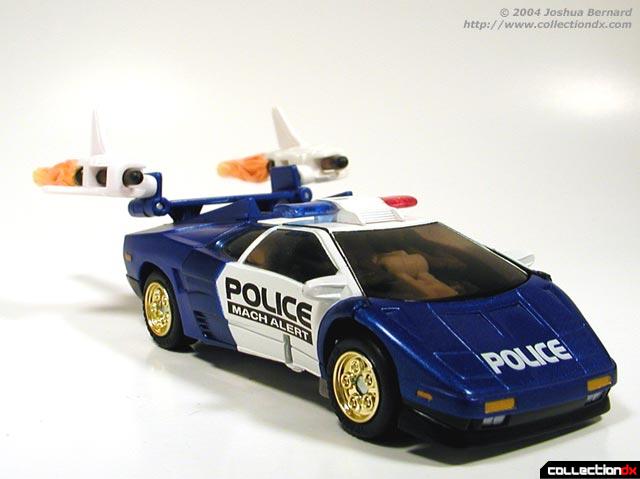 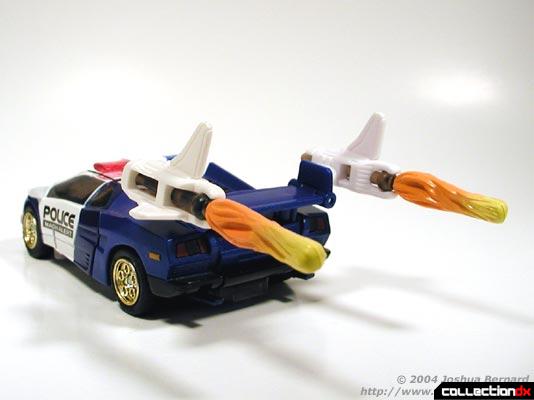