In the Final Fantasy video game, Siren is a Guardian Force that casts silence on all enemies. Siren stands 6" tall and comes with a harp, a base, and a little cactus figure named Cactuar. She is articulated at the neck, shoulders, and elbows, hips, knees and ankles. 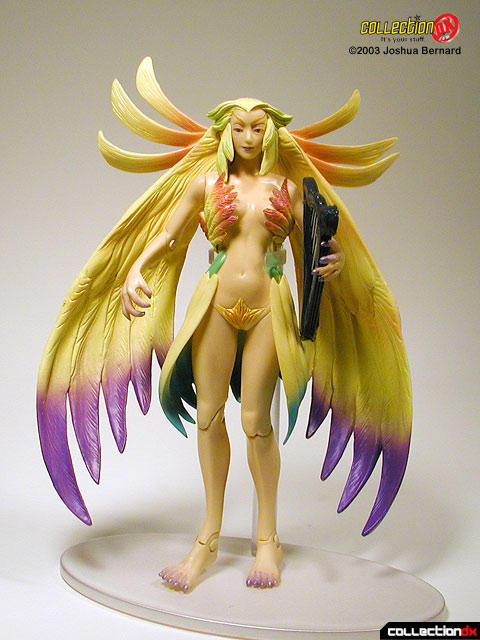 Sounds Impressive? It's not. This figure is a piece of crap. 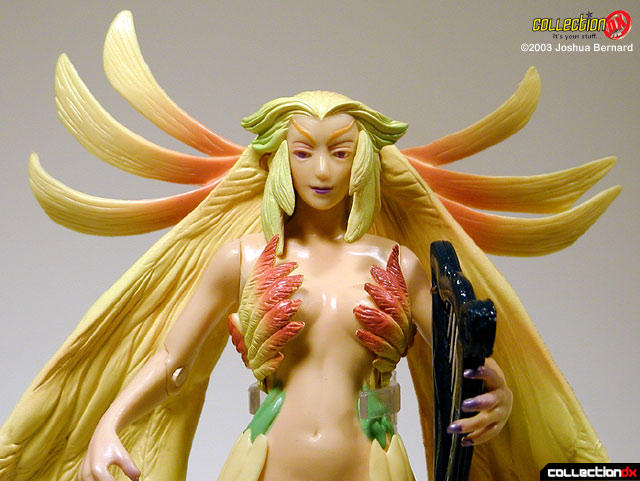 First off, the figure can't stand, and although she has many points of articulation, she can't do much with them. None of the joints are ball-joints. She comes with a 2-piece stand, which does not fit together. I had to cut out the hole of the stand with a hobby knife to make it fit. She can barely hold on to her harp accessory. 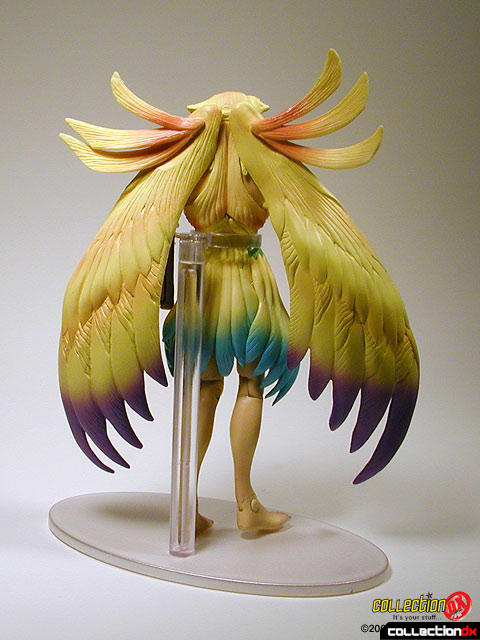 Cactuar, who looks like a prickly swastika, is useless. He does not stand on his own, and the base provides no place for him. 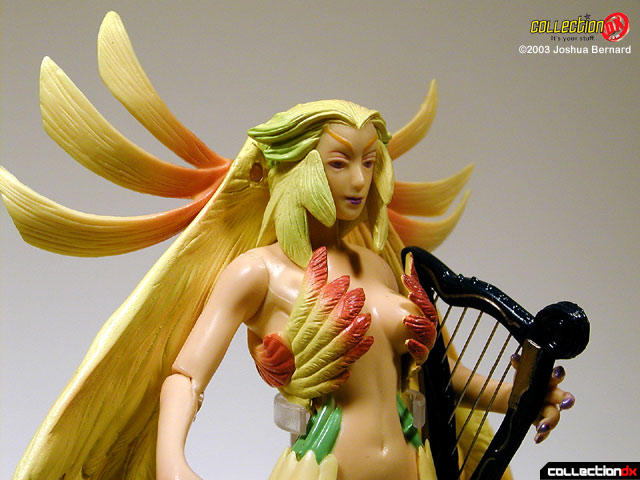 The figure looks okay on its own. The sculpt and paint are really nice, but it is ridiculously overpriced. I got it at 75% off, and I feel I was overcharged. Unless you are a die-hard Final Fantasy fan, skip it. 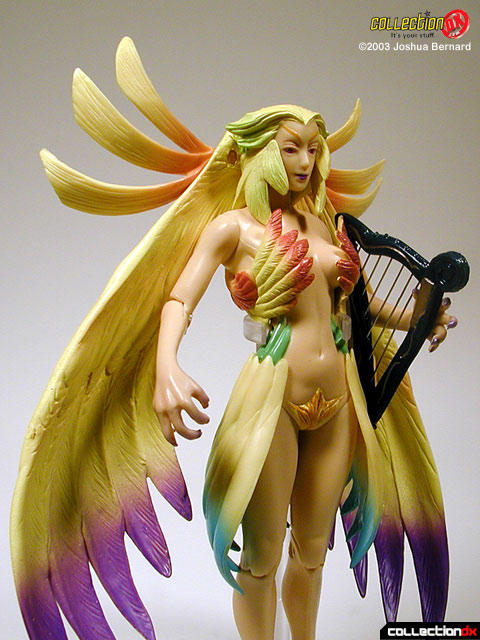