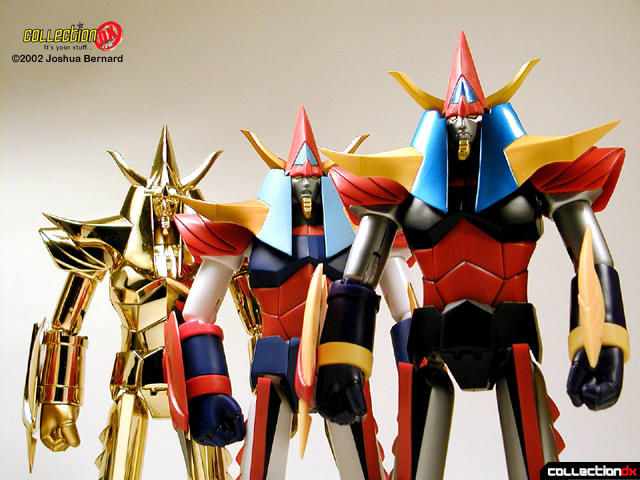 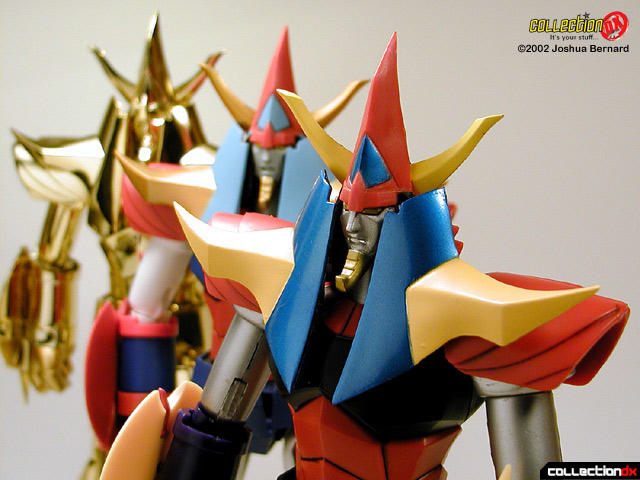 All three versions have the same features: 30 points of articulation, bird change transformation, variant hands and weapons, a miniature enemy figure (Dorome), and a tiny pilot figure on his motorcycle (Sparcar) that fits into Raideens' waist. 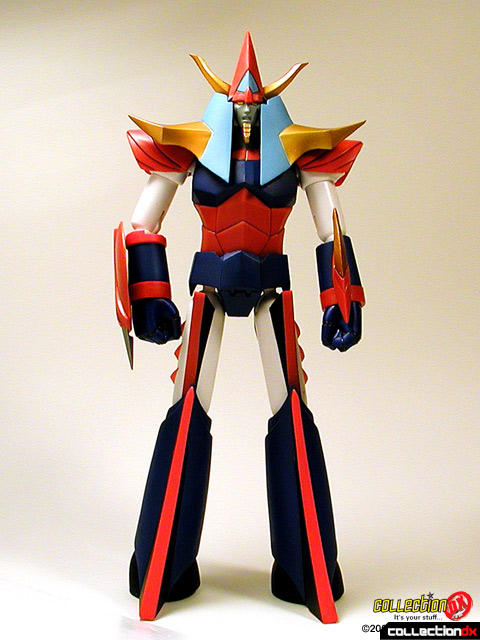 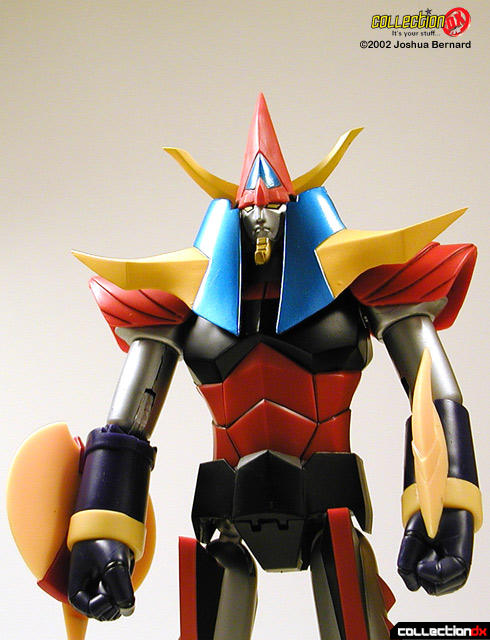 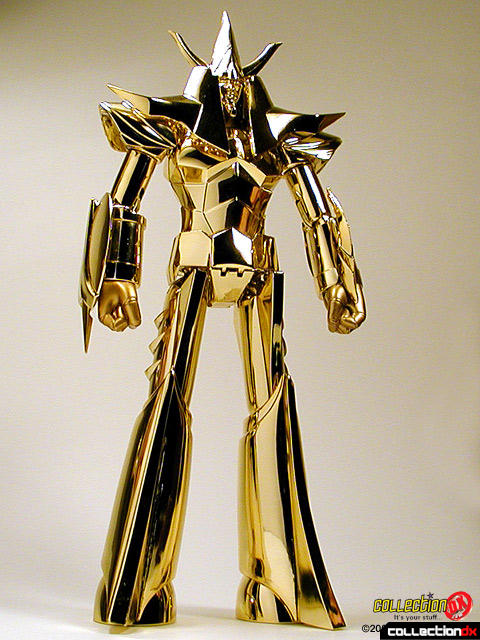 Diamond Comics imported the MAF Raideen in 2000, featuring English packaging and an English instruction sheet, created specifically for the US release.

The hardest one to find is the Chogokin-color version, which was a Toy Show exclusive in Japan. It was released at the 2000 20th century toy museum exhibition. It retailed for 5,980 yen. 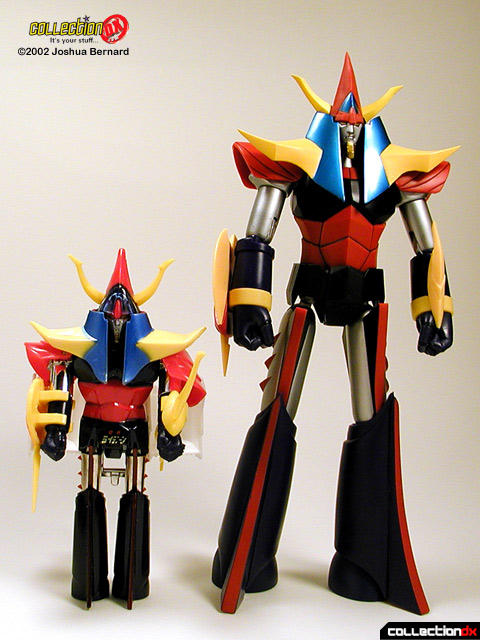 This is a beautiful figure, but many people find it too fragile for them. It does tend to break easily. Also, the transformation into GodBird mode involves adding several pieces. It could have used a stand in GodBird mode, much like it's cousin the HCM Raideen.

Due to retailers ordering too many units, this figure can be had for a fraction of its retail cost. Look for it, you won't be sorry.