GR2, the ominous black robot constructed by the nefarious Big Fire group, a secret society bent on world domination. One of the three world rending robots, GR2 is designed with naval battles in mind. Before their activation, GR2’s brother robot GR1—also known as the titular hero Giant Robo—is captured and used by the benevolent team known as Unicorn. Now with one less robot, what is Big Fire to do?

With this, Medicom gives us the GR2 from the Toei Tokusatsu show entitled Giant Robo. A large and rather simple toy, GR2 has great shelf presence but not the greatest play value.

Packaging:
GR2 comes on a simple blister pack and is held snugly inside. 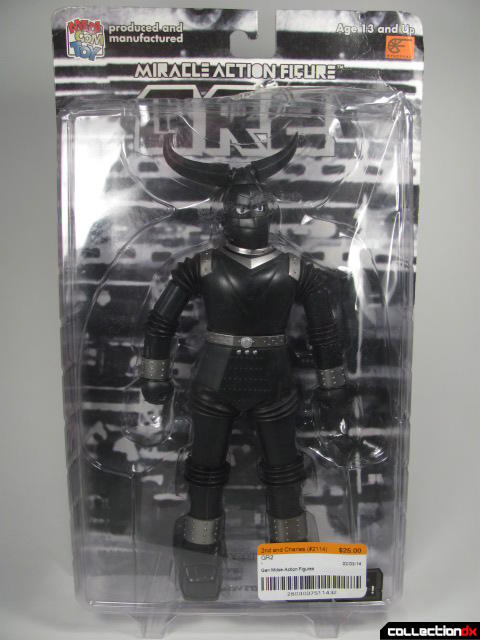 The back is rather neat with screen shots from the television show and production art! 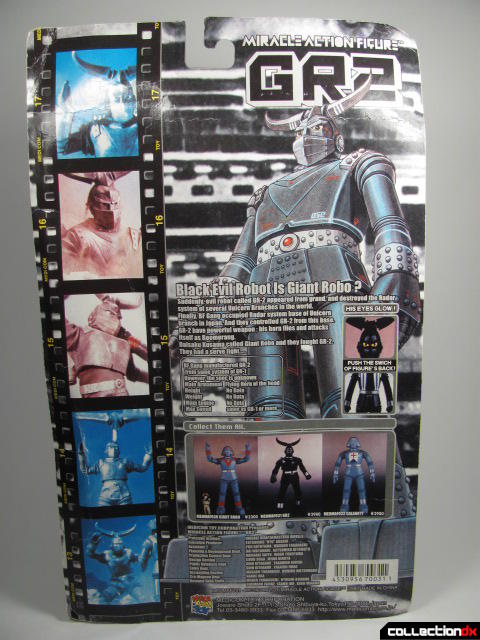 Mine was pretty beat up, so please excuse the rather poor condition of the packaging.

Aesthetics:
The GR2 is black.
And I mean jet black.
He absorbs almost all light, mostly due to the fact that he’s unpainted black plastic. Besides an all encompassing black, the only other color is shiny silver accent. 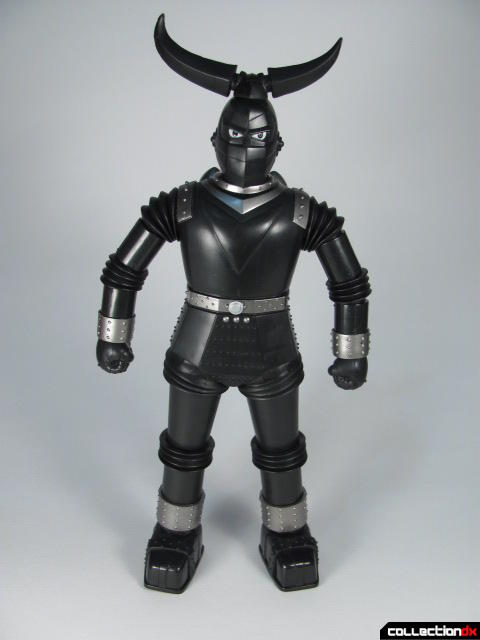 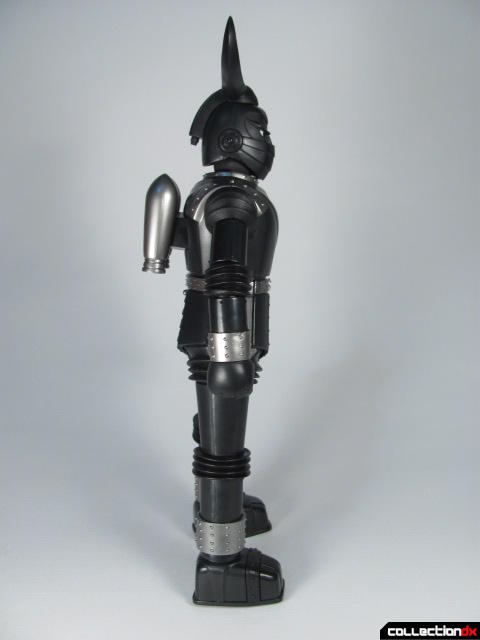 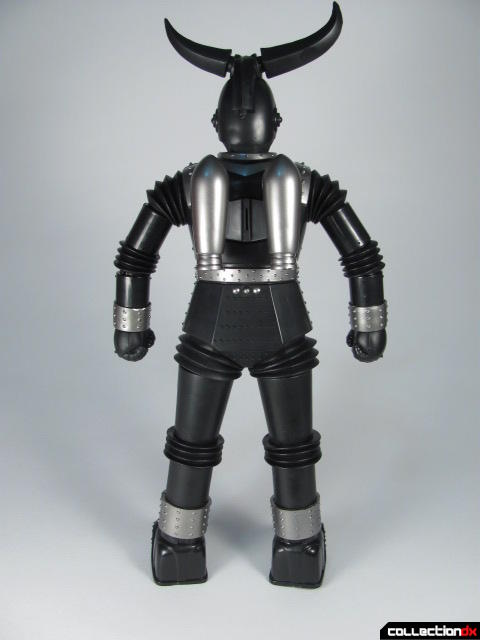 With the only paint on this figure being the silver, it is very well applied with only a few scarce examples of gloopiness and overspray; otherwise, the paint is very tight. 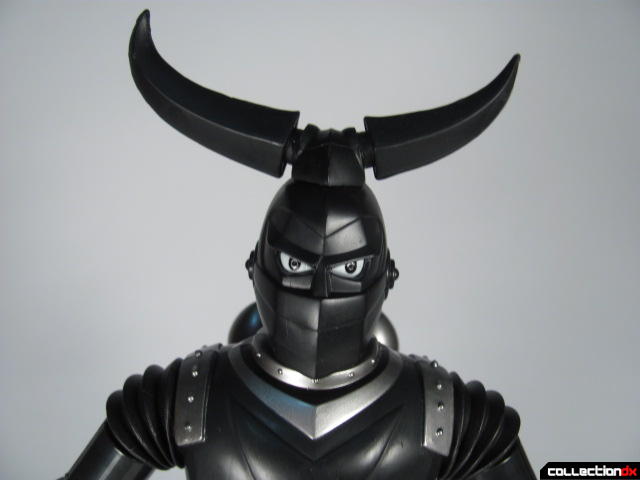 The lack of paint is disappointing as it makes GR2 look too clean, too. . . unused. One of the charms of the GR suits is how banged up and dirty they are, how much they look like they are made out of the remains of an old washing machine. This toy captures little of the onscreen charisma presented by the show but it’s an understandable omission. The Revoltech Giant Robo did this wonderfully, but it’s also much smaller and newer.

The detail on GR2 is relegated to sculpted but it’s rather fantastic. There are bolt heads all over this guy and they are raised a good millimeter. It’s like GR2 has chicken pox there are so many bolt heads! 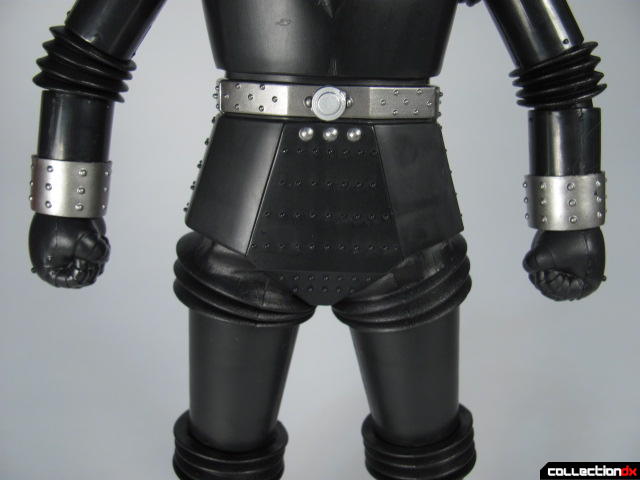 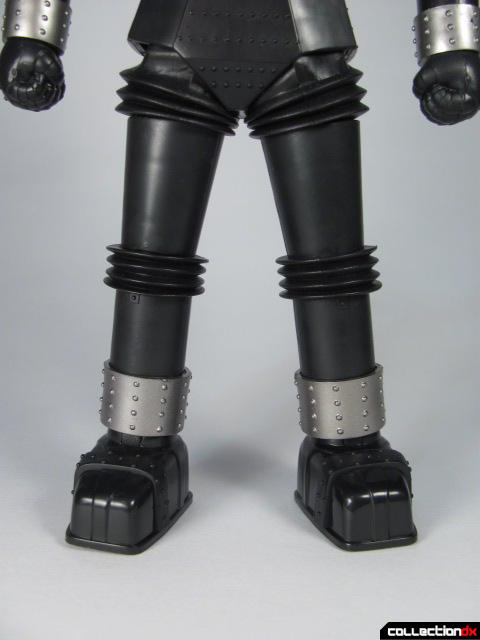 His face and jetpack are also faithfully represented on this figure with an appropriate amount of detail. 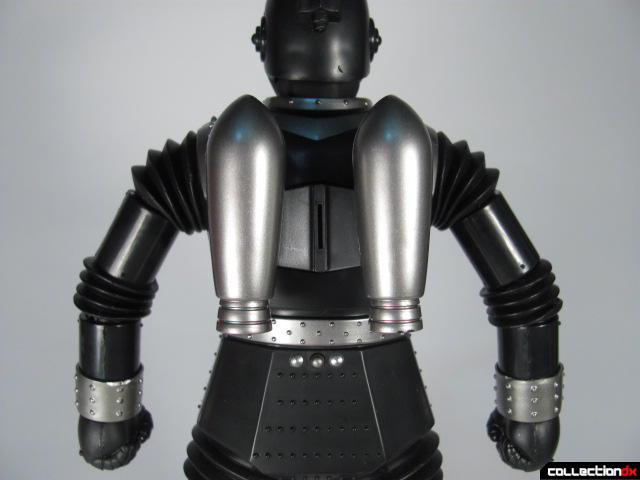 Articulation:
GR2 doesn’t move a lot.
The most moveable part of him is his head having what feels like a double ball joint. Otherwise, everything else is a rotating hinge joint. These joints move well enough and the arms can be somewhat expressive. But don’t expect much. 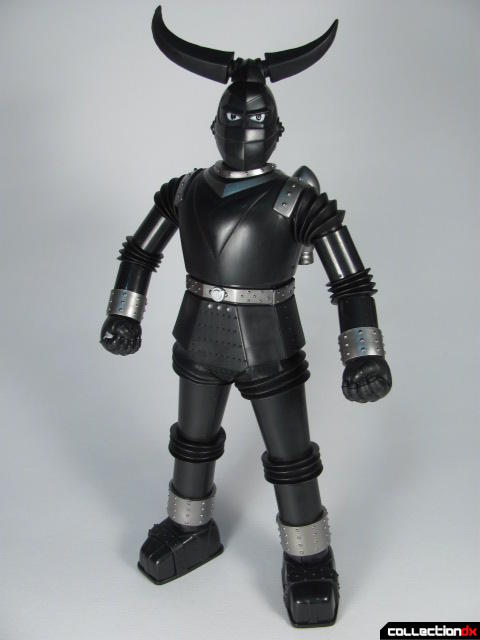 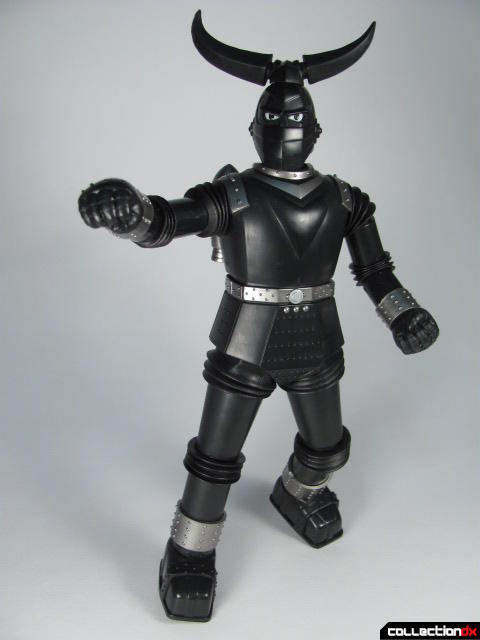 What both hurts and makes GR2 awesome are the rubber gasket joints he possesses. Though they feel good and add another level to this figure, they hamper his already limited articulation. The elasticity of the rubber here pushes the poses back out, most notably in the legs (the arms are taut enough to overcome this). 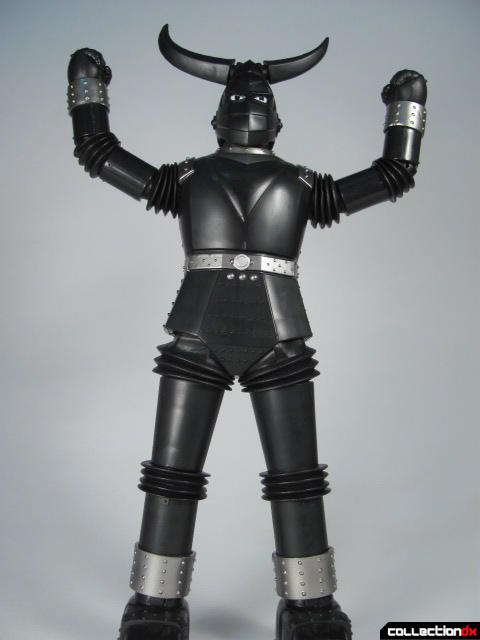 GR2 stands at 8.5 inches head height, near nine to the tips of his horns. 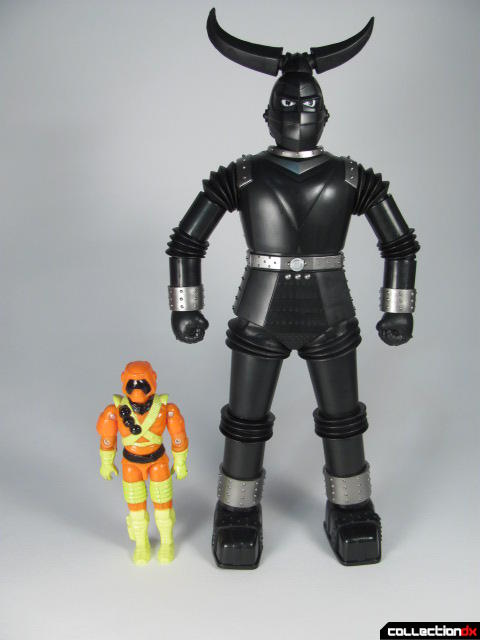 The GR2 is rather light with plastic that reminds me of cheaper toys; however, being 14 years old, this is understandable.

Accessories:
Just a heaping helping of nostalgia Gimmicks: The GR2’s sole gimmick is his LIGHT UP EYES: 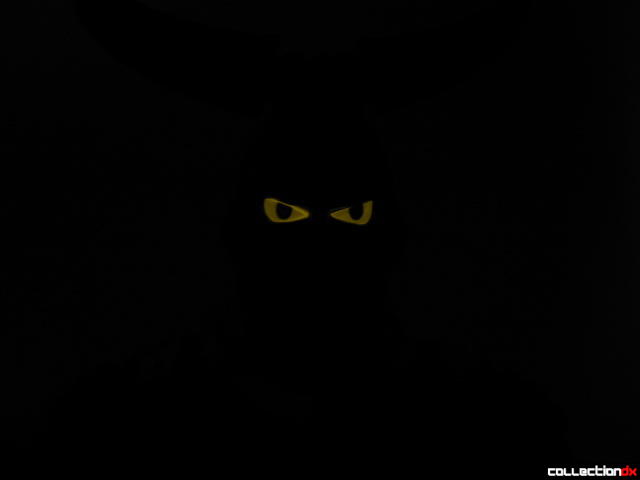 AND THAT’S TIGHT.
GR2’s eyes are activated by a disguised button on the back of his waist.

Closing Remarks:
The Miracle Action GR2 is kinda neat. It’s a faithful and fun replication of a cool robot. With blinding shelf presence and being what seems to be very few toys of this robot, it deserves a space in any Giant Robo fan’s collection. . . assuming you can find one for a good price. Being Medicom and old, GR2 easily fetches well over $100. If you can find one for cheap, then totally pick this guy up. 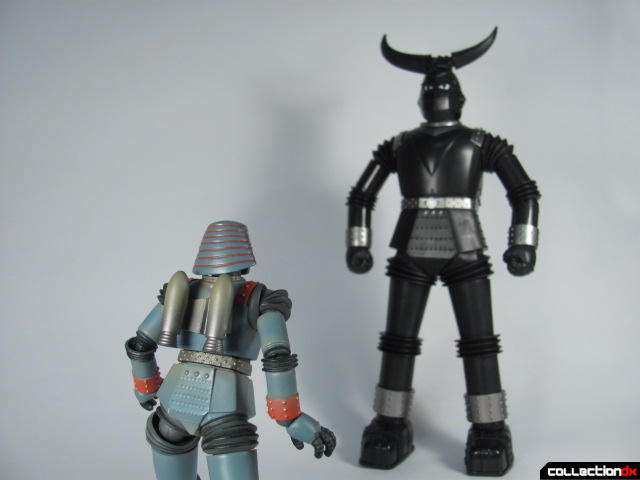