Bandai’s Mobile Suit in Action line was a huge success at the time, offering affordable, poseable figures of even the most obscure Gundam characters. The line ran from 1999 to 2008, and during that time not only were Gundam characters released, but several other “in Action” spin off lines were introduced.

One of the more notable lines was “Super Robot in Action”

Released in this line was:

The first packaging variations were HK Exclusives labeled “Eternal Force” as a nod to the old Chogokin Eternal Heroes releases. These were in slimmer boxes. Later releases in the US had wider boxes with different accessories (only Raideen, Gaiking, and Combattler were released this way.) There were also several special editions released such as black or clear versions.

Getter Robo is fine enough as a cheap toy, but does not stand up next to today’s high-end collectables. 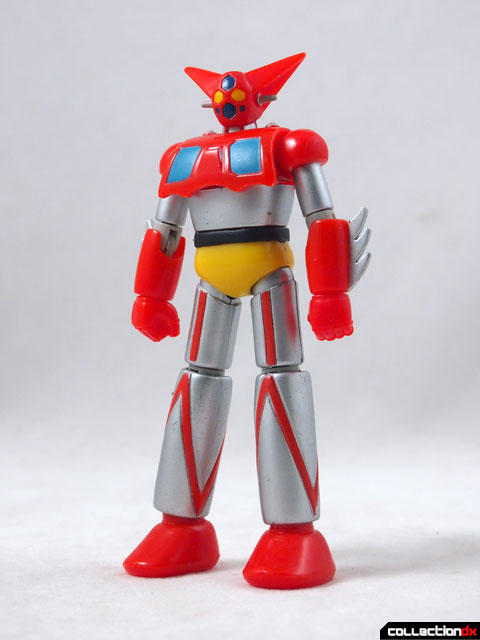 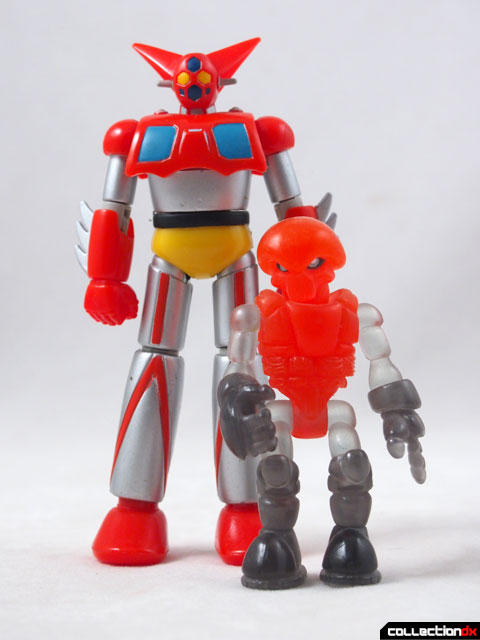 The figure stands about four inches tall and is made out of PVC. This soft plastic increases durability but sacrifices detail. The sculpts for releases in this line are remarkably simple. 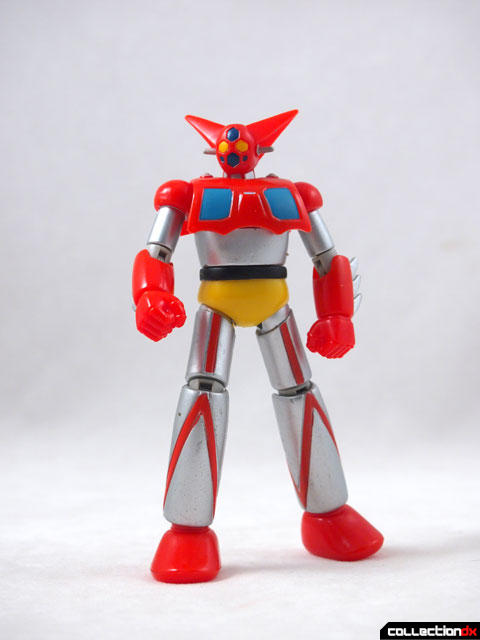 Each joint is either a pop-in ball and socket or a clip-in hinge. Parts can be detached easily, and joints are reasonably tight. 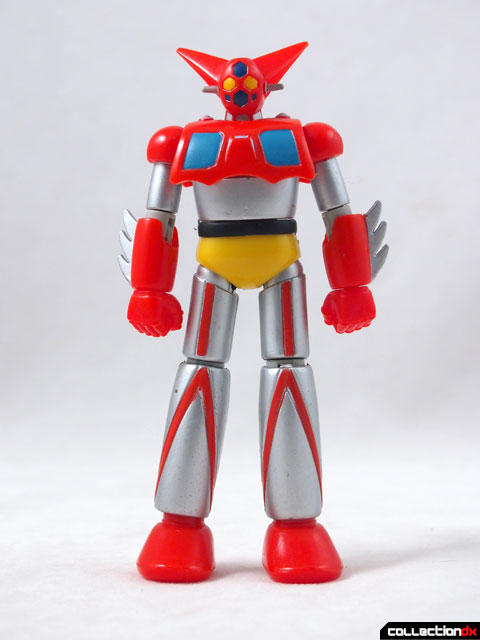 No accommodations were made in the toy design to actually utilize this joint system, however, so although the leg has good knee joints, the legs can hardly bend. 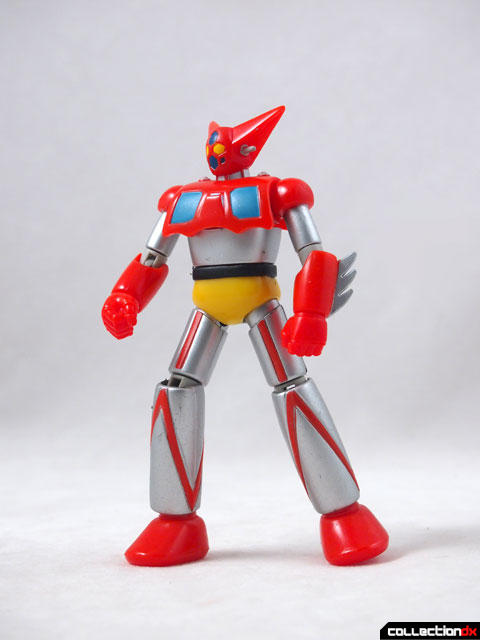 Accessories were plentiful, and were an early insight into the idea of “effects parts” that are now common with S.H.Figuarts. 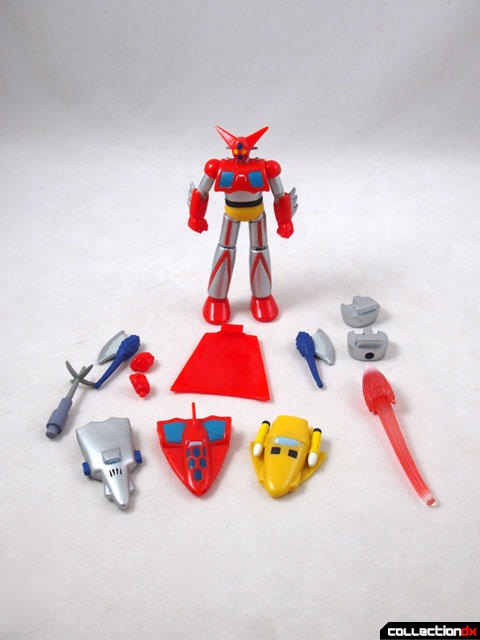 Two replacement torso parts are included. One has a cut-out in the back to enable the Getter Wing to be attached to the back. 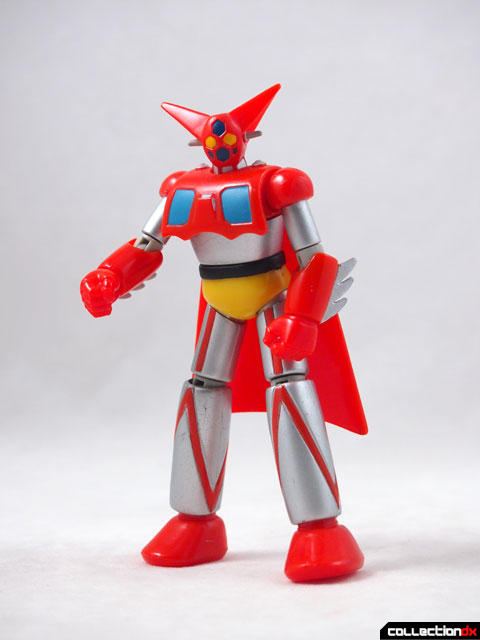 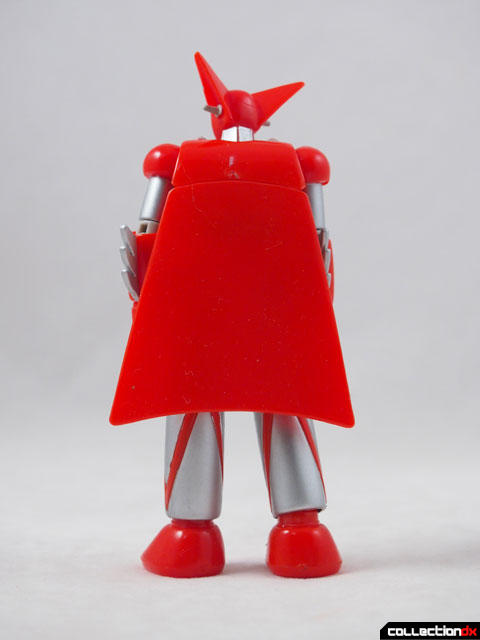 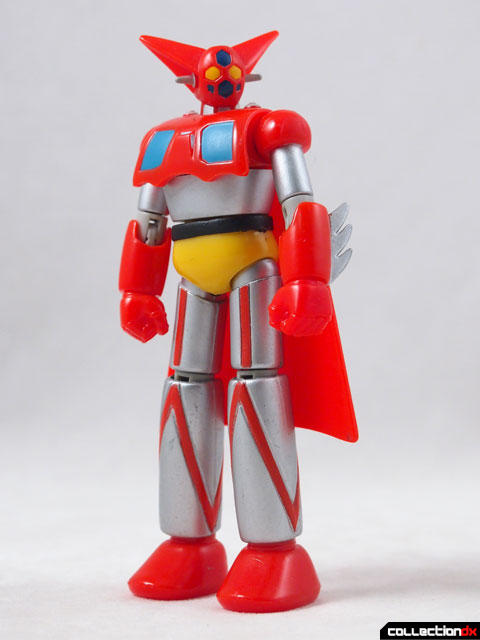 The other has a hole in the front for the weapon attachment. Included are a Getter Beam effect and something that looks like a TV antenna. 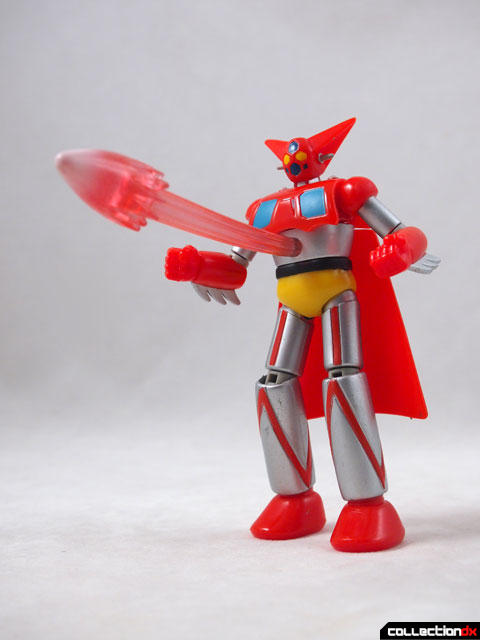 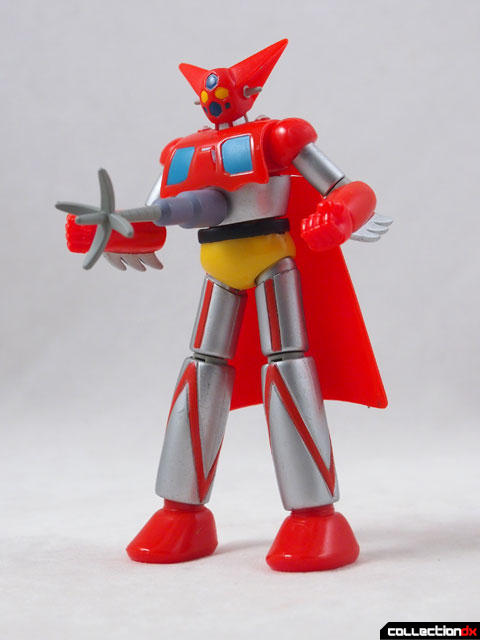 Variant hands are included to hold both axes. 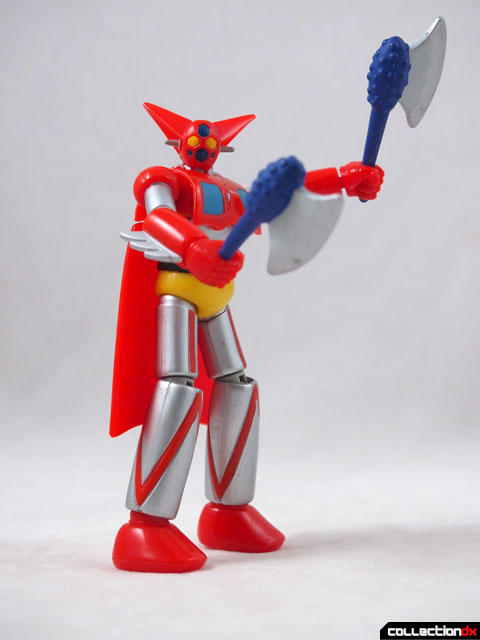 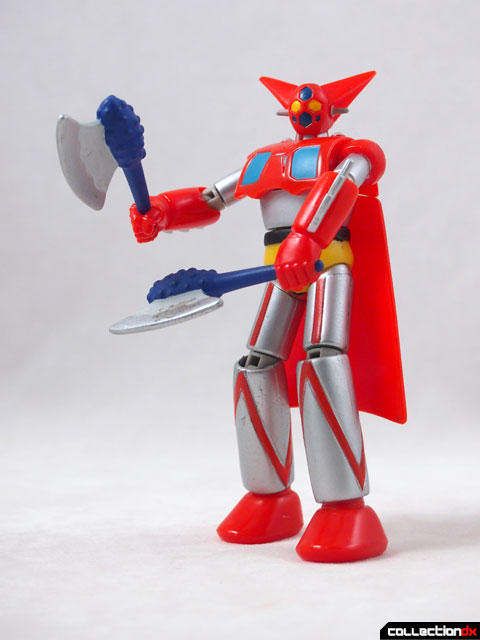 Finally, in an unnecessary but cool feature, miniature versions of the Getter ships are included. 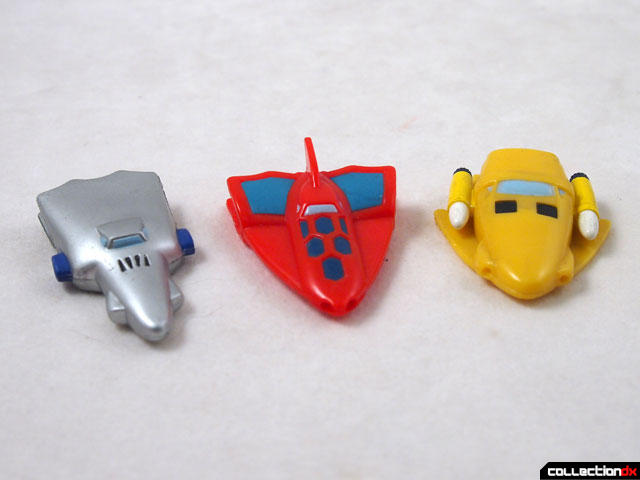 Here’s the deal – pretty much all the SRIA figures are mediocre at best. They were an attempt to capture the magic of the MSIA line in Super Robot form, and it just didn’t fare well. If you are a super fan of any of the characters in the line they are worth getting just to have, but don’t expect much.

2 comments posted
That antenna thing is a

That antenna thing is a Getter Ray collector just like the one on top of Getter Robo's home base. Like you mentioned, it basically an attempt to add an extra effect part to the figure. Getter 1 used it in one episode to supercharge its Getter Beam in order to blow up a mountain to stop a flood from destroying a small town.

Man, this poor guy was collecting dust on the shelves of the local import shop for YEARS. In fact, it may still be there now; I haven't checked in awhile. Always wanted to pick it up, but I never did, for some reason.