Along with Mobile Suit in Action and Super Robot in Action, Bandai also released Aura Battler in Action. This line was the same size and feel as the other lines, but was restricted to characters from Aura Battler Dunbine.

The good news is that Dunbine is actually a nicely sculpted figure. Where the Super Robots were lacking detail, Dunbine has fantastic paint apps and great articulation.

Still, it's sort of a gummy mess. 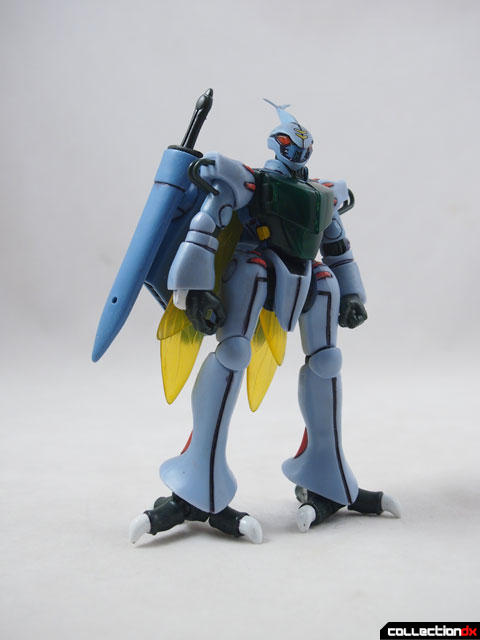 The plastic on mine has not aged well, and has begun to feel sticky. 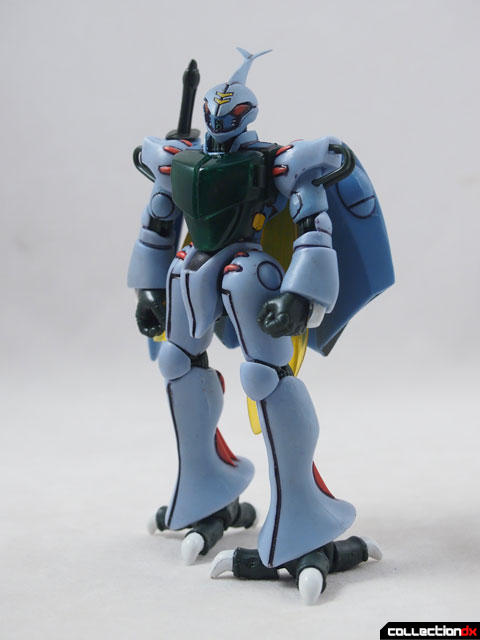 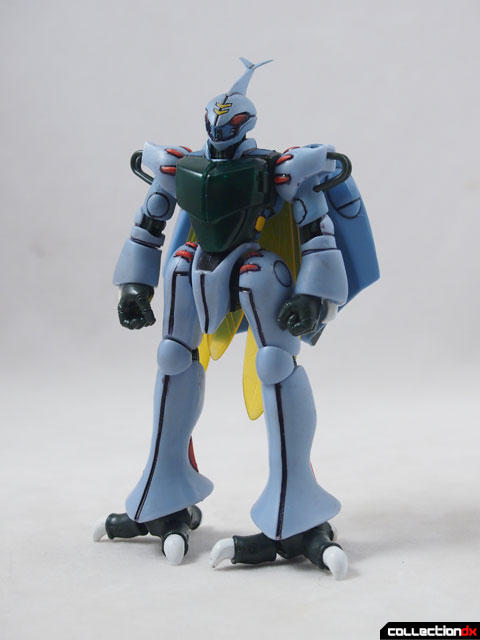 The sword is soft PVC and does not keep its shape. It can store in the removable sheath on the backpack, which is nice. 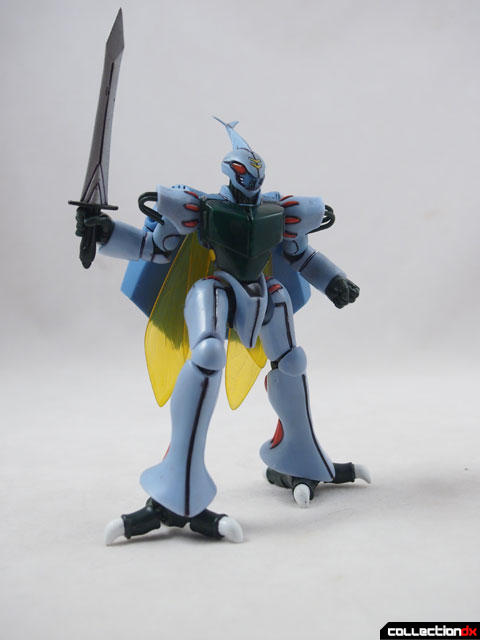 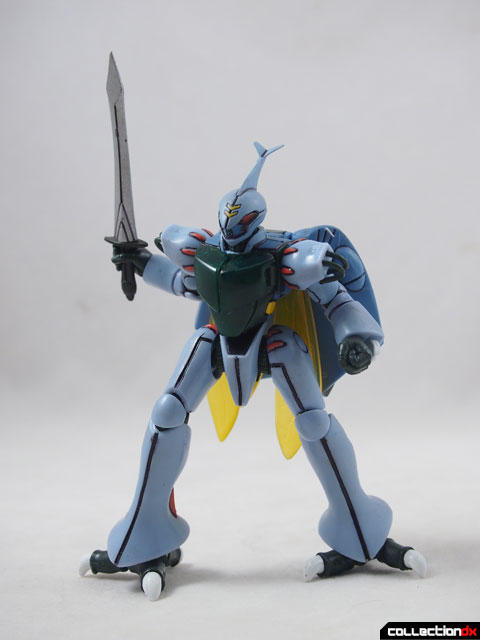 Articulation is good, but the limbs get loose easily. 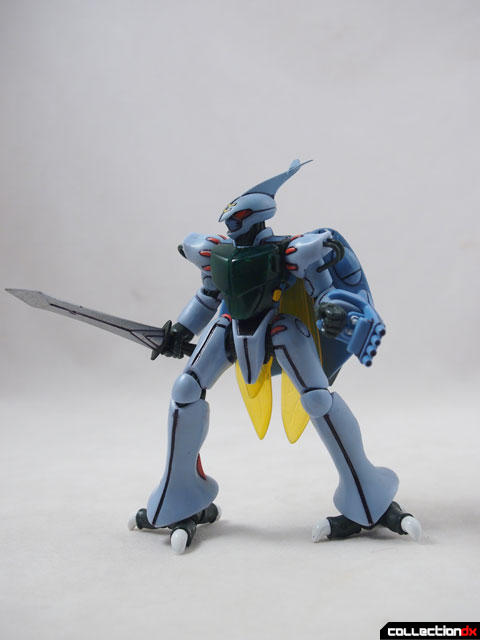 The Shot Rocket weapon attaches to the left arm. 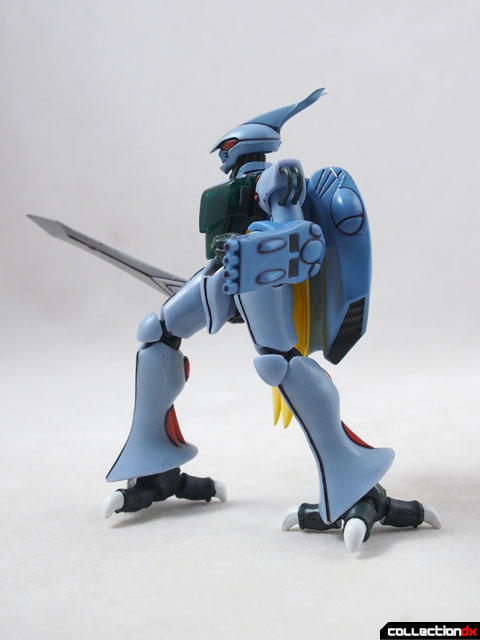 The cockpit opens up with a unique 3-panel translucent door. Sadly, no pilot figure is included. 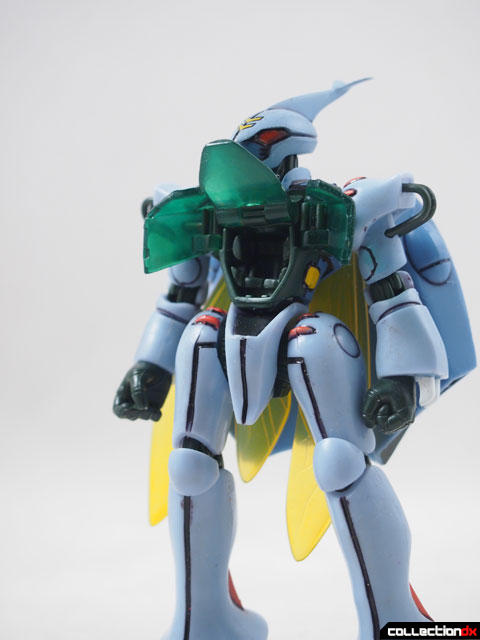 The back booster section lifts up to reveal articulated translucent wings. 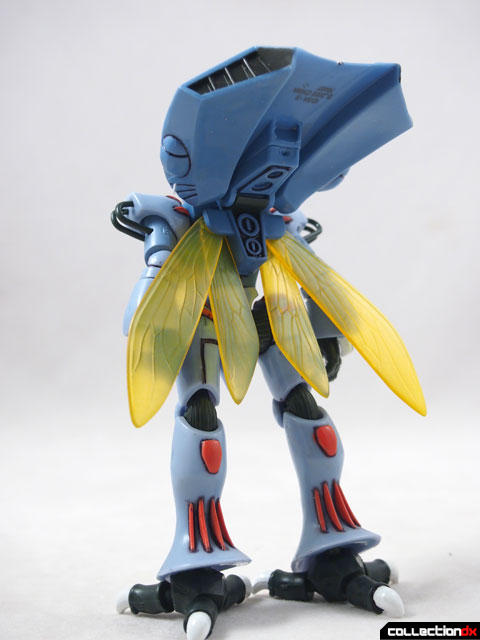 This would have been a great piece had they used better plastic and tighter joints. The upcoming Robot Spirits should hopefully rectify that. 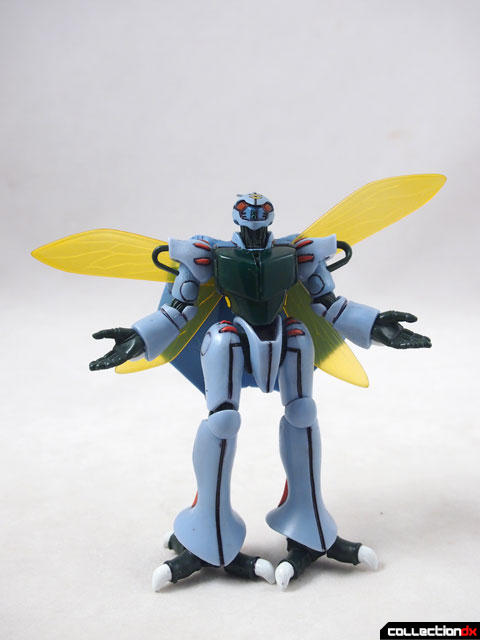 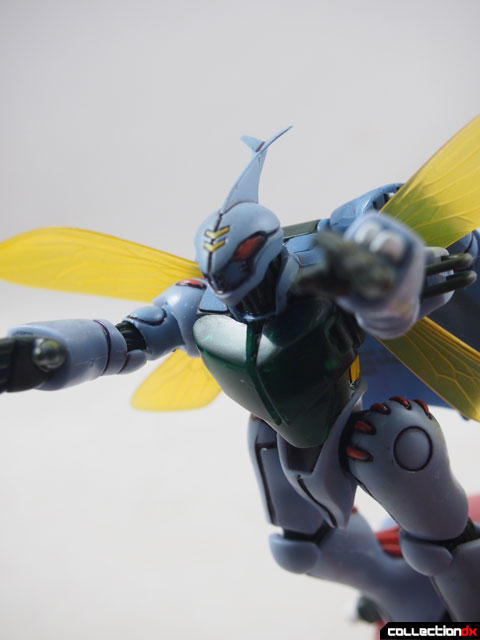 4 comments posted
I don't think any In Action

I don't think any In Action accessories were ever NOT bent.

I was always kickin' myself for not picking this guy up back in the day, but it doesn't look like it ages well. I think there have been better figures of him since, is that correct?

Anyway, it's odd that he's sticky. My other MSiA figures have aged well enough (even if the limbs fall off constantly) and the plastic is nice enough. I can see it a tiny bit in the very first RX-78 and GM, but nothing I would refer to as "sticky." Where was this one stored?

He was stored loose in a baggie, so that could be a contributing factor, but I also have a lot of MSIA and others like it and very few get that sticky film on them.

They have made other versions of this character, but your best bet is to wait for the upcoming Robot Spirits release.