So maybe Robocon is a Massive F*ckup, but he is adorable. I had no real interest in Robocon until we watched some raw episodes at the summit one year. I instantly saw the charm of the little red robot with the best of intentions.

Shotaro Ishinomori created Robocon in 1974 as the central character in the live action TV series "Gambare!! Robocon". This children's show featured a cast of robots who have to go to school among humans.

When I say Robocon is a Massive F*ckup, i'm not kidding. Everything this little guy touches goes wrong, despite his best intentions. Cars crash, floors get broken, nothing is spared.

In 1999 the series got a "reboot" in the form of "Burn!! Robokon" This series featured updated versions of the classic Robocon characters.

In honor of the new series, Bandai reissued the classic GA-14 Chogokin Robocon. The GA-14R is actually an entirely new toy, made with new molds, but it is VERY close to the original. 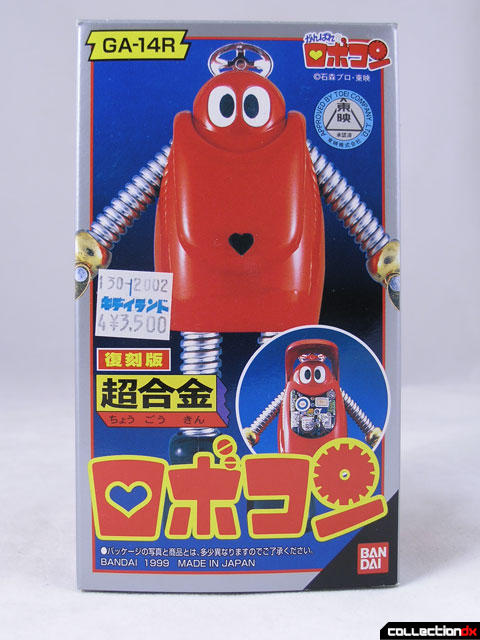 Robocon is almost entirely diecast metal. It feels like a hand grenade in the palm of your hand. The arms are made out of a tightly wound metal not unlike conduit for electrical work. This enables the arms to bend in a variety of ways. One way to tell a reissue from the original is that the reissue has much tighter wound arms, making for smaller segments. 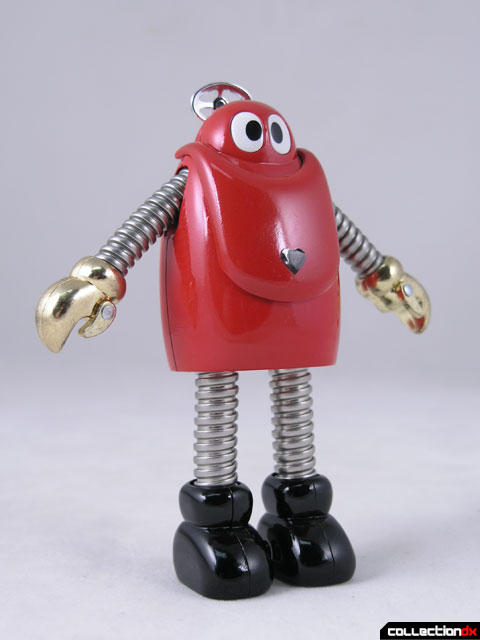 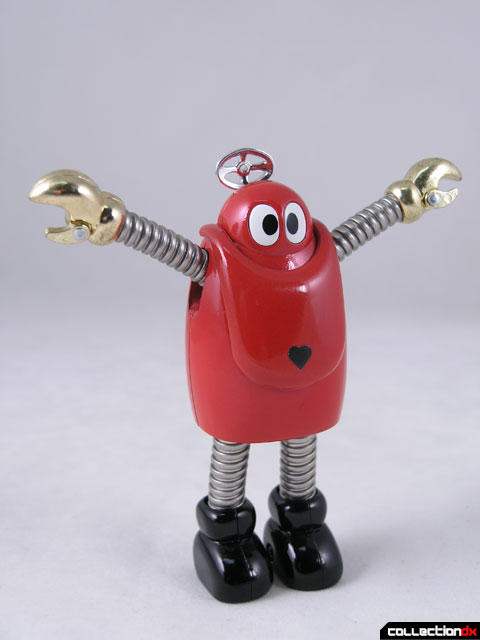 The main body is a solid chunk of metal with an opening chest plate. The detail inside feels like stamped tin. 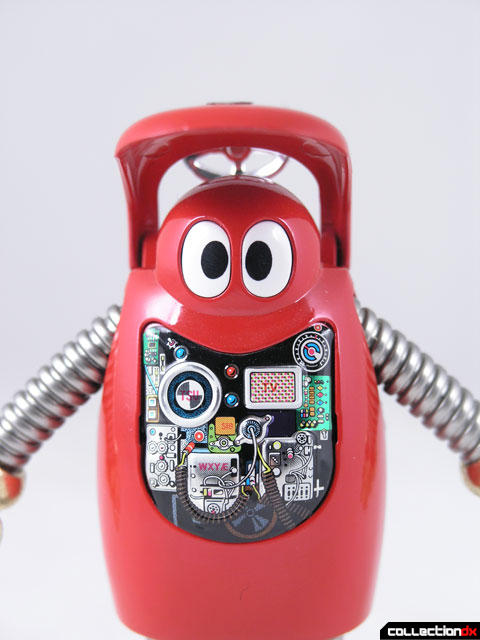 The lower section of Robocon is again, the wound metal with jointed solid metal feet. 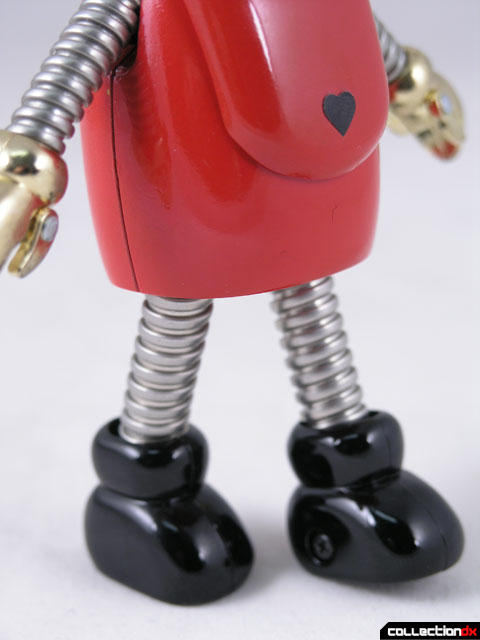 You can remove this lower section and place Robocon onto a wheeled cart to create the Robocon Car. The wheels on the car are rubber. 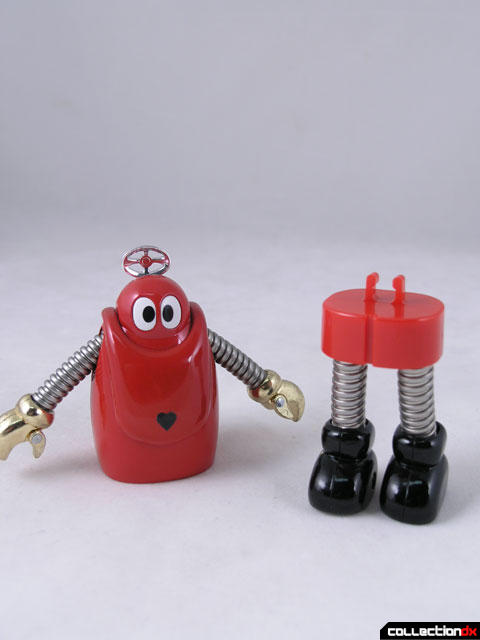 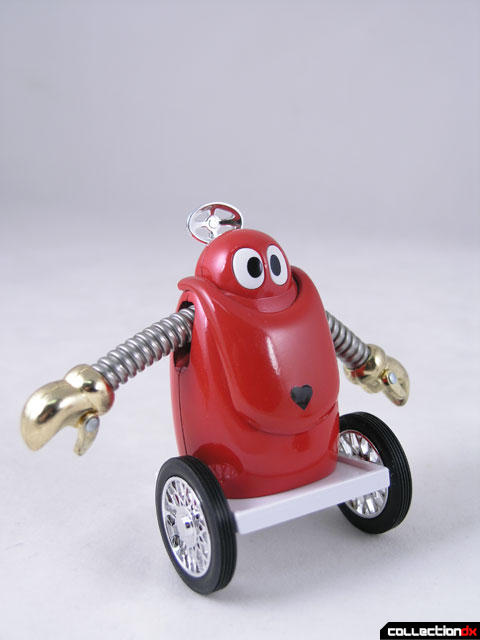 Other accessories included with Robocon include a chrome antennae that clamps to the back of his head, a propeller that plugs into the back, rubber cockroaches, heart stickers and number cards (for his grades, I think.) 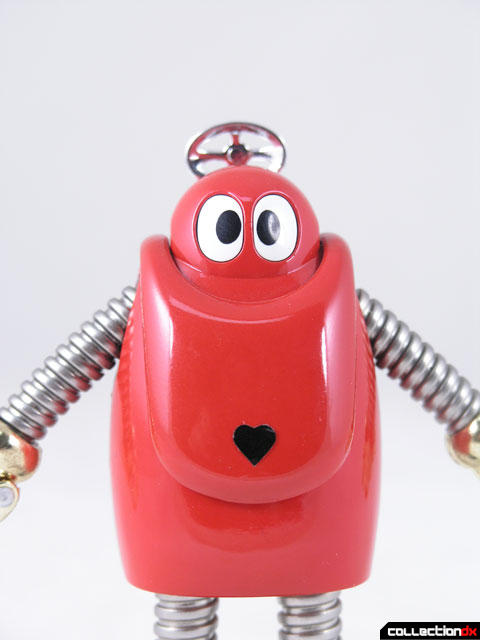 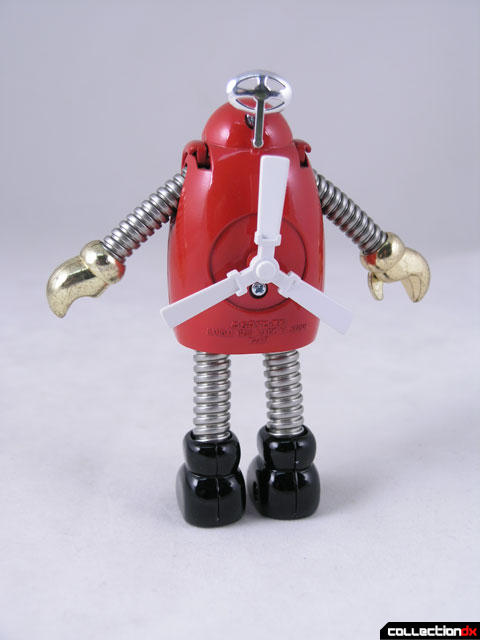 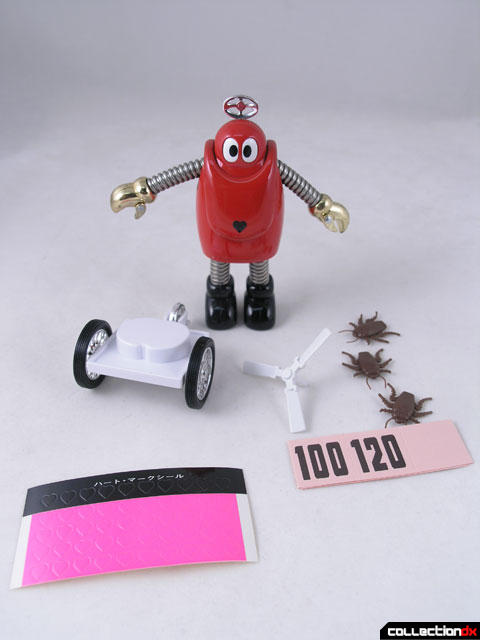 This is a great entry-level piece to collecting vintage-style Chogokin. Getting this piece will give you an idea of what vintage gokin collecting is all about, and whether or not it is right for you. 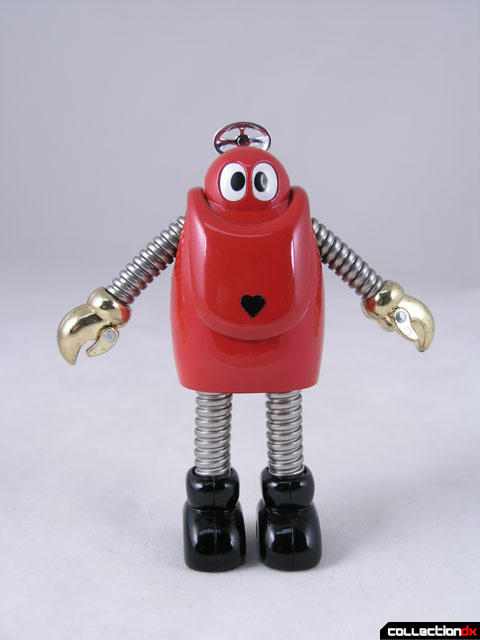 5 comments posted
Awesome! Thanks Josh for

Awesome! Thanks Josh for the review.

I just picked this one up last year in Japan and absolutely loves it.
The only gripe I have with this figure is the antenna, which keeps popping out whenever I touch it.

Was this a live action show or Animation.

I never liked the look of this robot but I'm sure if I saw the show I would think the same as you.

It's live action. And I was the same as Josh, thought it was stupid until that day. Then found out it WAS stupid, but it was also pretty funny and have had a new appreciation for the character ever since.

I thought it was Jerilock who said the Jaws quote at that Summit...?

(Let's see if the comment police are still reading this entry.)