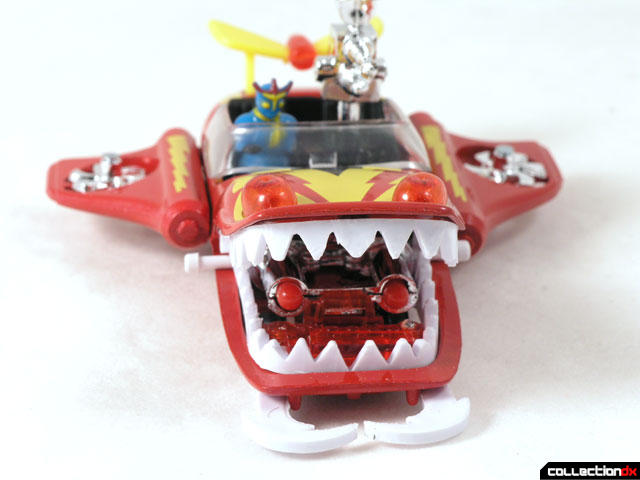 This is an almost exact reproduction of the PA-17 Popynica Raijin Go, the main vehicle from Shotaro Ishinomori’s Inazuman show. The only difference I can see is that the date has been obscured on the bottom of the toy. 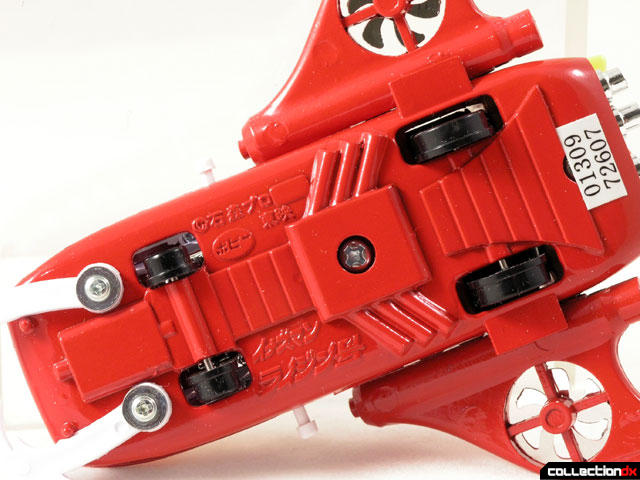 The original vehicle, released in by Popy 1973 was also released as part of the Mattel Shogun Warrior line as the Jet Car in 1978.

The toy features a ton of cool gimmicks. First, both Inazuman and the chrome weapon are removable. The metal wings rotate up and down, and the hood / mouth opens to reveal moveable claws and 2 missile launchers. Raijin Go has wheels to roll around on. The toy is made almost entirely out of diecast metal. 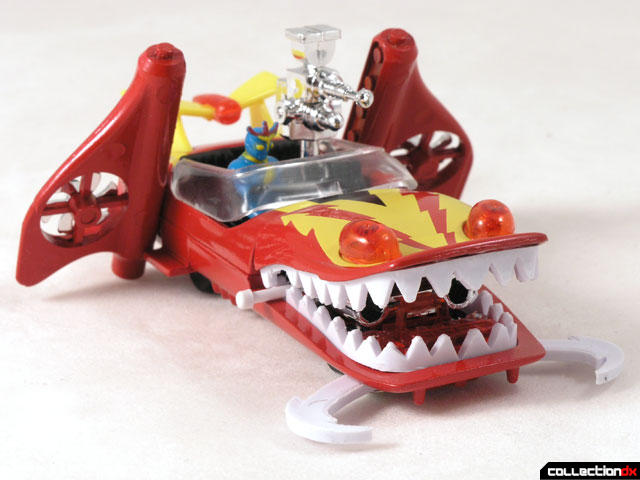 This reissue was released in 1999 and only sold at the Shotaro Ishimori Display in Daiba at the Fuji TV-Nippon Broadcasting Building. The display ran from March 20-28 and there were only 1999 of the color version available for sale. There also was a gold edition available, but I don’t know the edition size of that version. 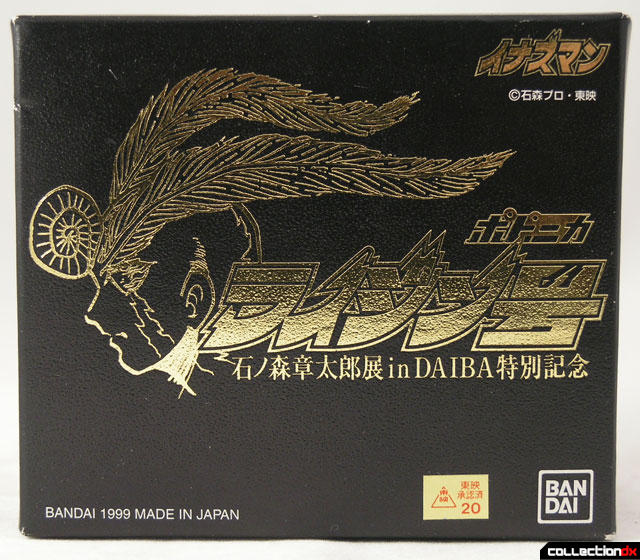