Calling these "toys" is a bit of an overstatement. Japanese prize item manufacturer Hobby Mate (ホビーメイト) released some crappy toys under their Collection Robo (コレクションロボ ) line. I can find almost nothing about the company Hobby Mate aside from a Toy Store in Japan under the same name, which seems to sell model trains and things like that. And, as far as I can tell, the only two super robot releases were this Raideen and a similar Raideen in Godbird mode.

The toy came bagged with a header, backing card, and little plastic base. 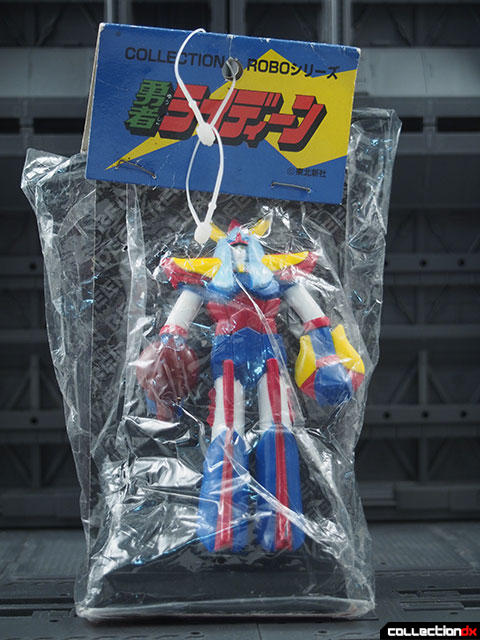 The figure does not connect to the base in any way. 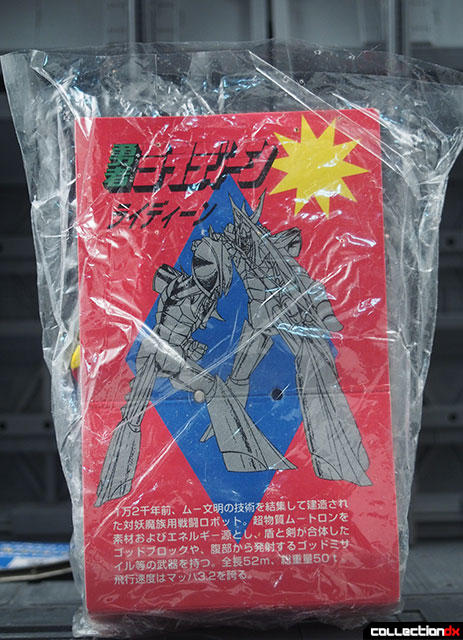 It's clearly packaged as some kind of prize item, but what a crappy prize it is. Maybe they have budget UFO catchers in Japan for crap like this. 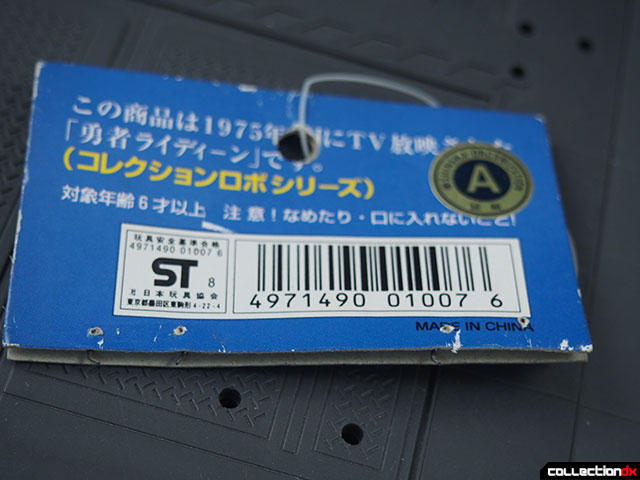 The toy itself is a 3 inch tall blob of hard rubber. There's no wire inside for posing. It's just a cheap, crappy thing, with poor paint apps and gummy details. 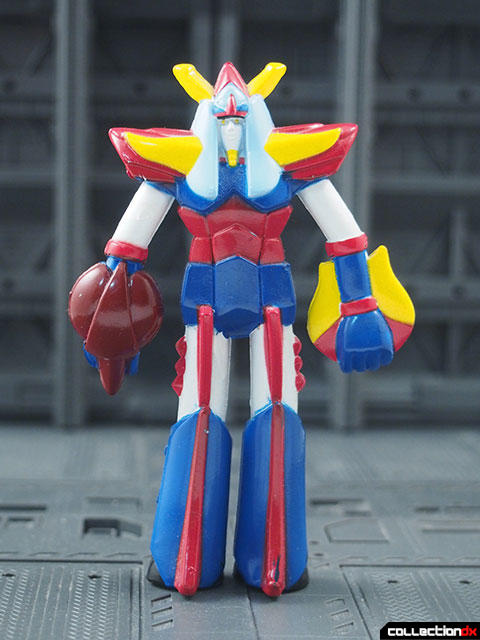 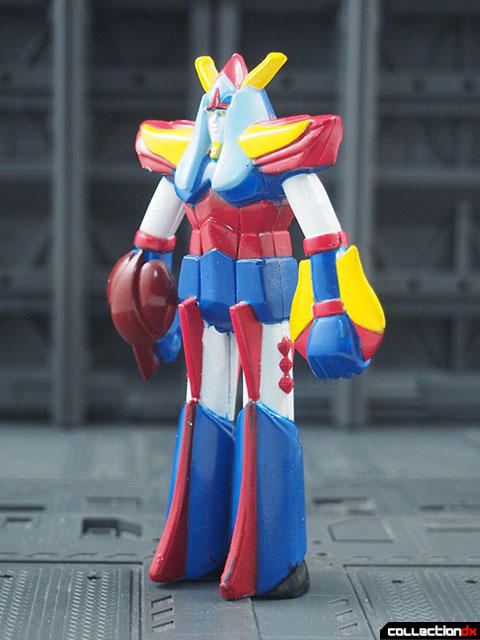 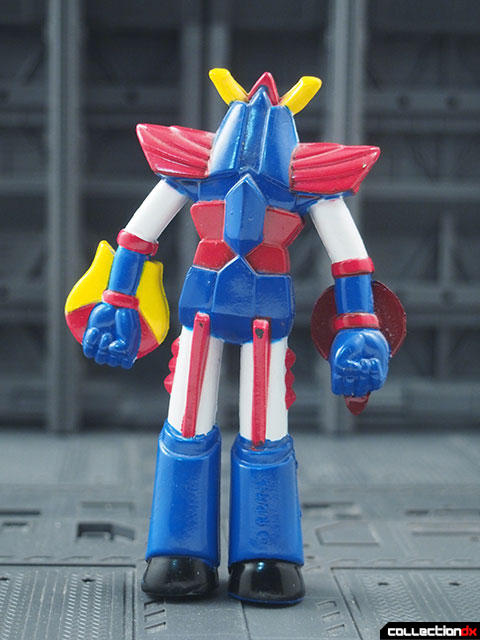 Yes, the only reason I have this is because it's Raideen, and yes, I have the other one too. 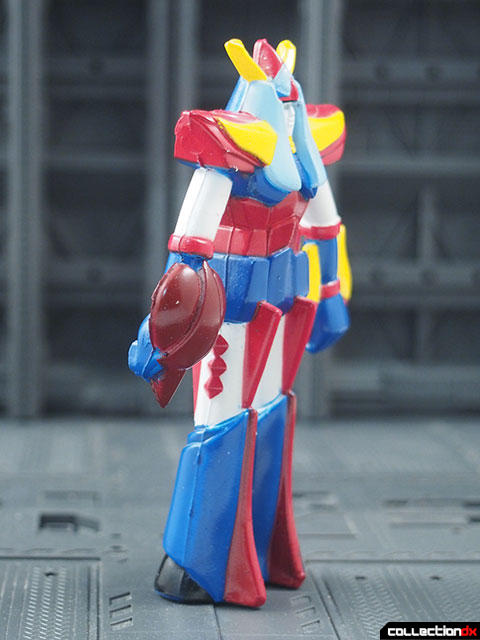 In the Cattle business, we call those scurs. They can happen genetically or after dehorning.