I really don’t know what the hell I was thinking with this one.

This is what happens when there is a toy store near your work, and you get desperate. It’s not that this is a bad figure; it is just so out of my collecting scope.

I bought this on clearance one day at a KB Toyworks store for a paltry $4.99. I was a big fan of the Misfits, and thought what the hell; it will look good in my office. I figured I would pick up the rest of them on clearance as well. It turns out that only one other figure was released – Doyle. Maybe Glenn Danzig didn’t want to be associated with the Misfits after the band continued without him? Or perhaps nobody cared enough about the new Misfits to buy figures of the relatively unknown other members. Regardless, Jerry Only became my officemate for a few years until I switched offices and brought him home. 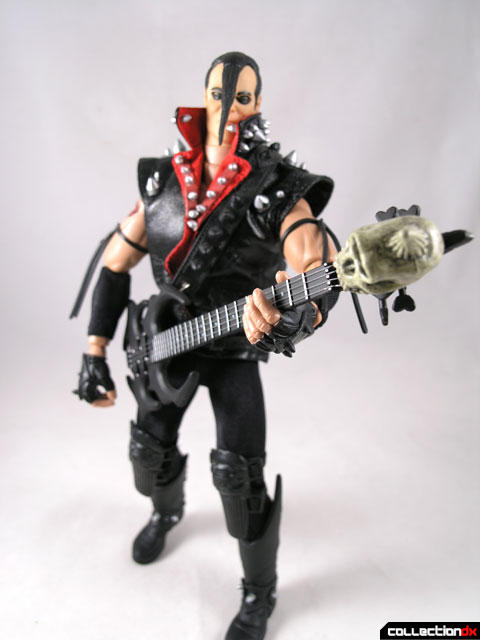 In all seriousness, the figure is not a bad figure. It is sort of goofy looking, but it is packed full of details. The guitar, for instance, has actual strings on it, and a rubber strap connected by metal rings. (note – the metal rings tend to break or get lost). 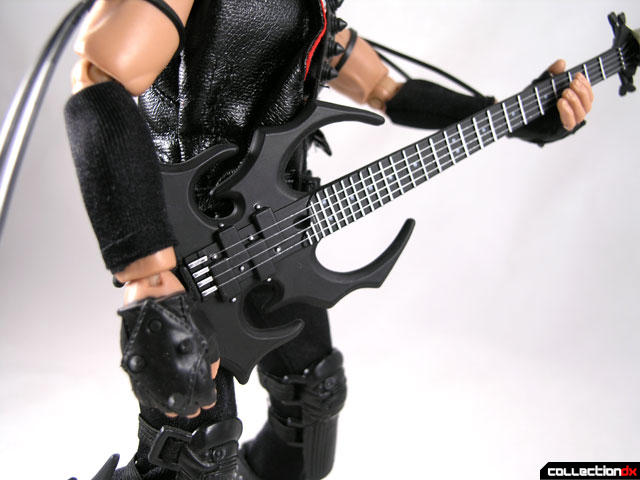 The outfit is a nice mix of fabrics. The jacket is pleather with huge spikes all over it. The pants are spandex, and he also comes with separate knee pads and rubber boots. The arms even have separate armbands. It is clear a lot of work went into the detailing of this figure. 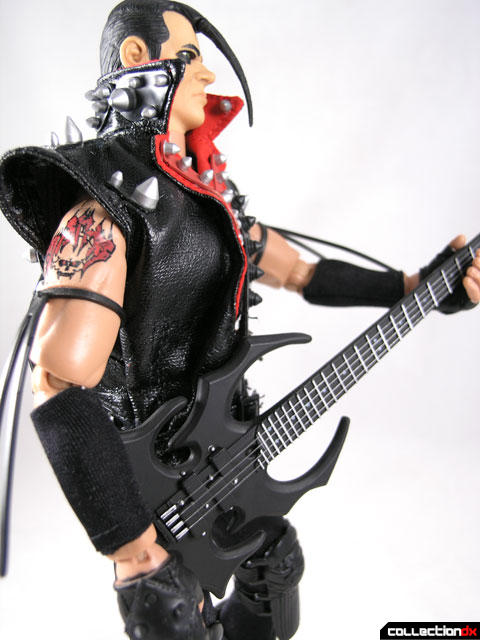 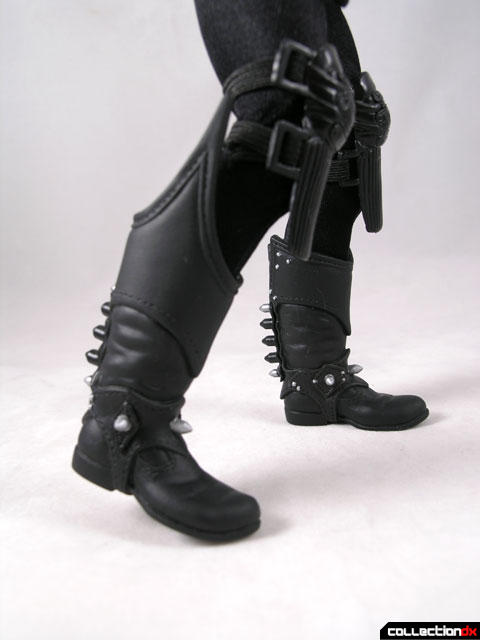 The figure body is your standard 1/6 scale body from BBI. Nothing too radical here – you can do most poses you want with it, but only so many while holding the guitar. The figure does not come with a stand, which is unfortunate. 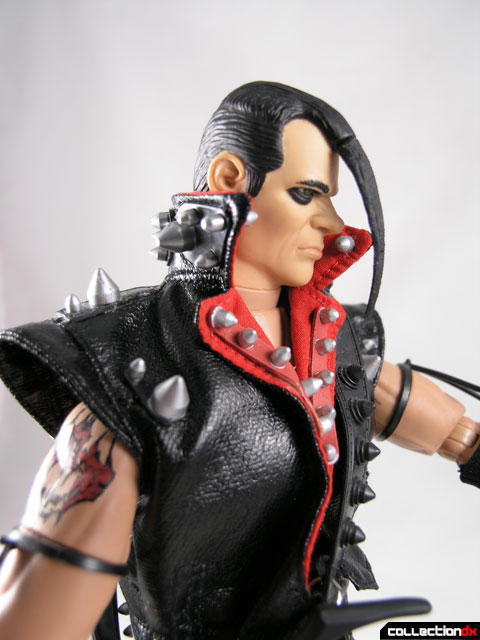 The box is cool – it is coffin shaped and has a window on the front and the Misfits skull printed on the inside back. 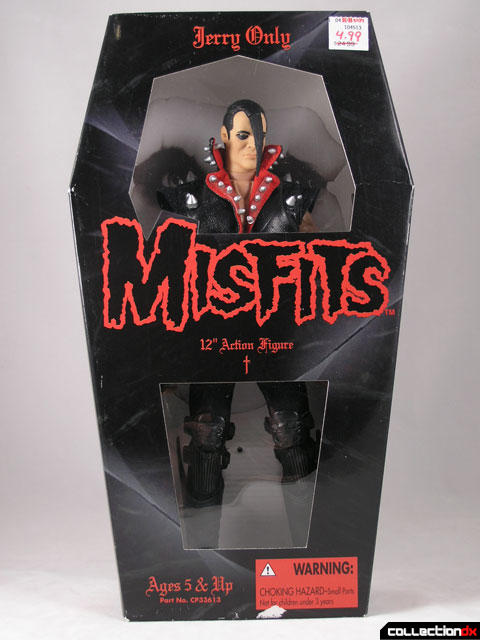 These figures are kind of hard to track down now, so if you got one on clearance, consider yourself lucky.