Despite the almost innumerable amount of kaiju characters released as vinyl toys over the years, I've been a bit disappointed with the Godzillas out there. There are more versions than I could care to count, but none ever really spoke to me. I always wanted one that had the vintage Bullmark style and represented the Godzilla I grew up with, the ones from the early 1970s. Well, it's not perfect, but so far this Marmit Vinyl Paradise release of Godzilla from "Godzilla vs. Hedorah" is my favorite. 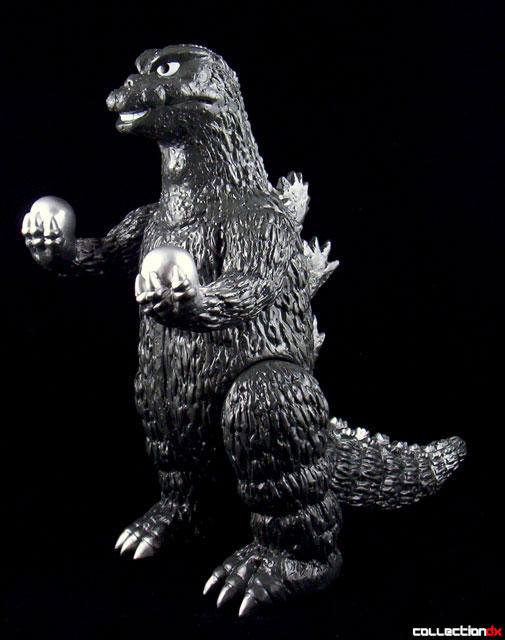 The face sculpt on this one really seemed to capture the ferocious yet somewhat comic expression that endeared Godzilla to so many kids my age at that time. The mouth is shaped in such a way that you're not sure if he's smiling or scowling. And the eyes are focused straight ahead with determined ferocity. 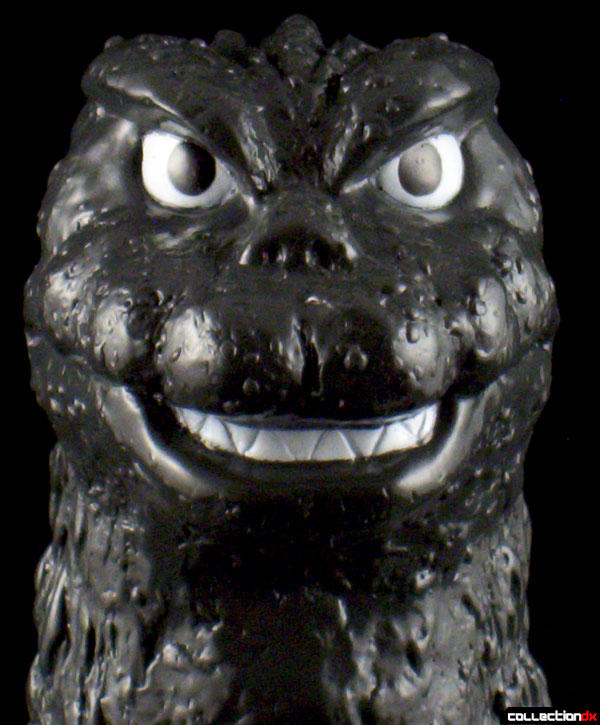 I think this vinyl tends to look MUCH better from the side rather than straight on. The body looks a little too wide to me at the base, although not too bad. 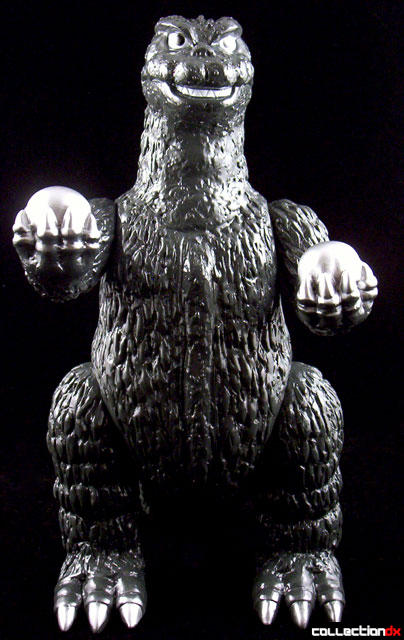 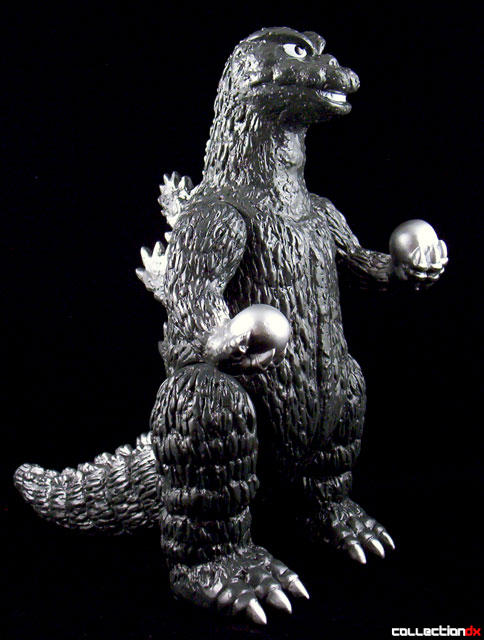 Godzilla holds Hedorah's eyes in his hands. I really like this idea, but where Marmit drops the ball a bit, in my opinion, is that they basically use the same silver paint spray for both the eyes and Godzilla's claws and scales. I think a bit more detail would have been nice. Also, it would have been cool if the individual teeth were painted.

Godzilla stands 10" tall and comes packaged in a bag with a header card. It features 5 points of articulation (shoulders, hips and tail). Unfortunately, you cannot turn the head however. But overall, it's still the best Godzilla I've come across. 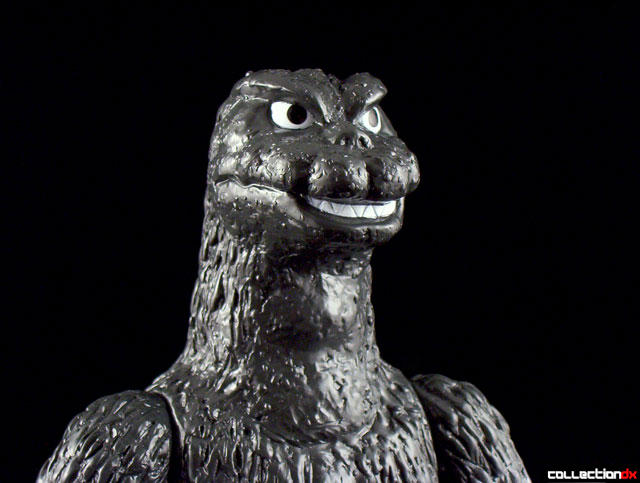 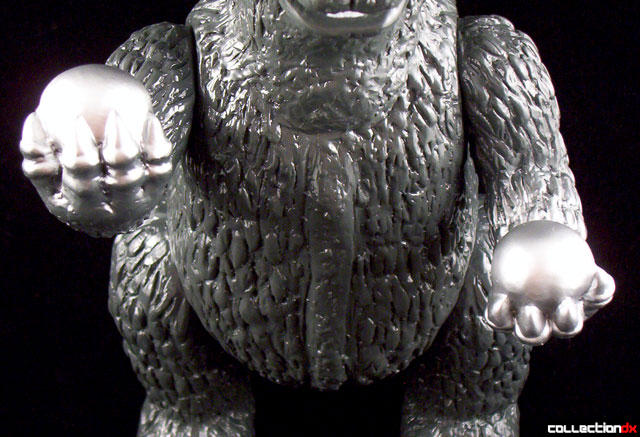 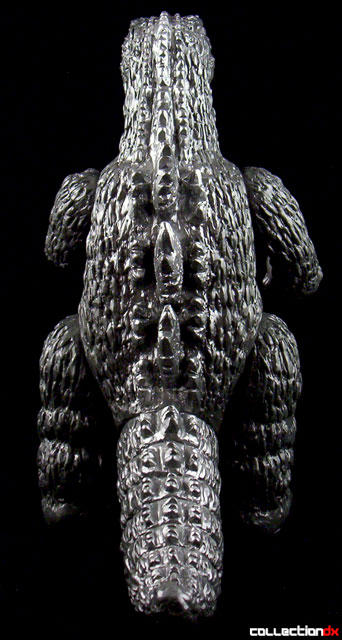 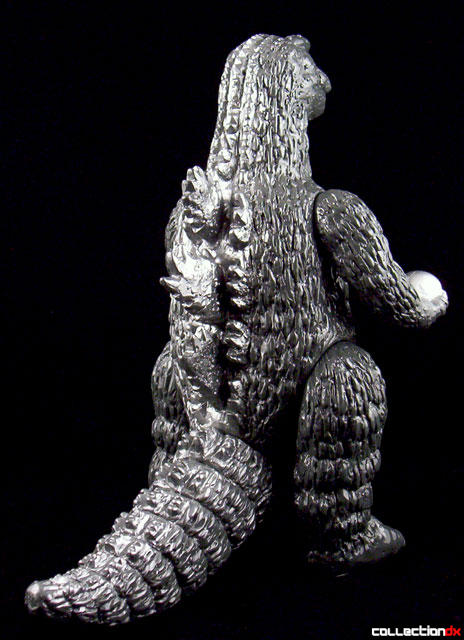 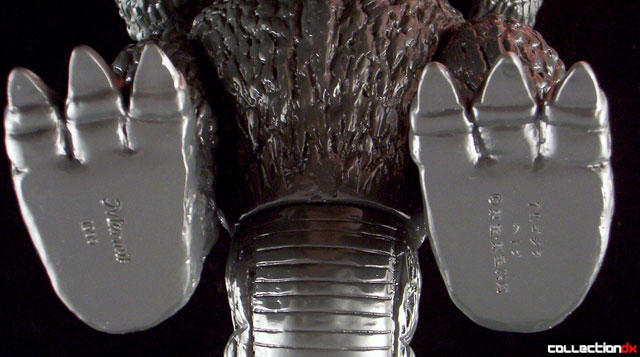