The GX-03 Combattler V was the first combining Soul of Chogokin. He comes with a ton of accessories packed in a styrofoam coffin, ready to assemble. But how does this Combattler V compare with the classic Popy toy? Is it a worthy successor? Read on to find out. 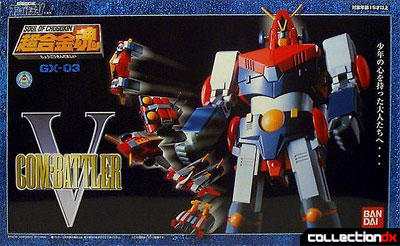 Combattler V is made out of 5 vehicles: 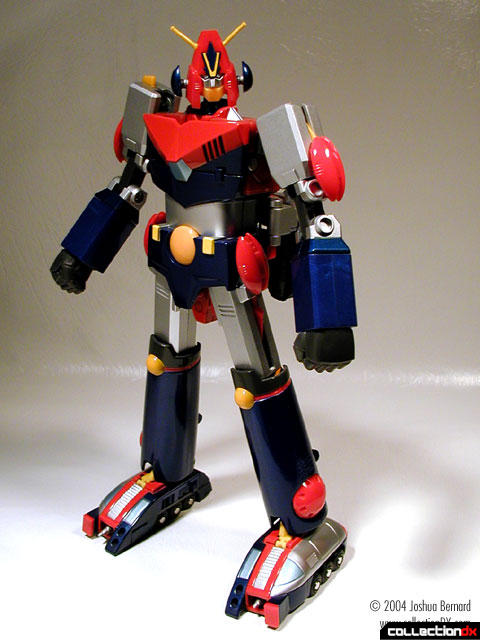 As with all other SOC releases, Combattler V has many accessories and weapons, including: 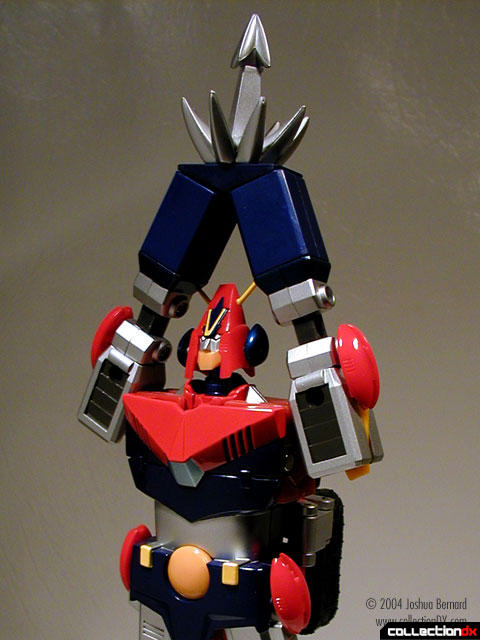 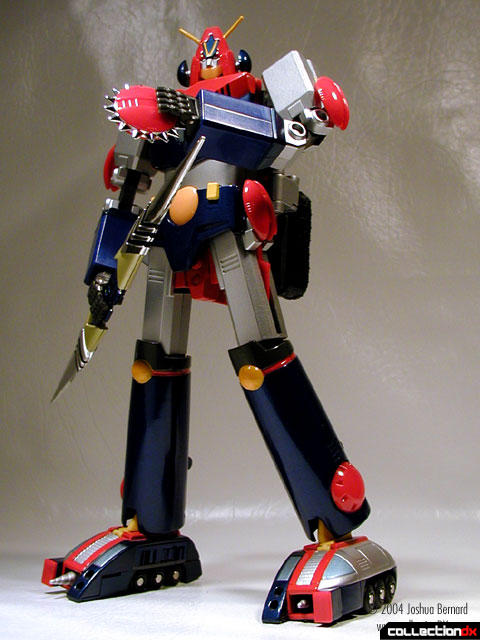 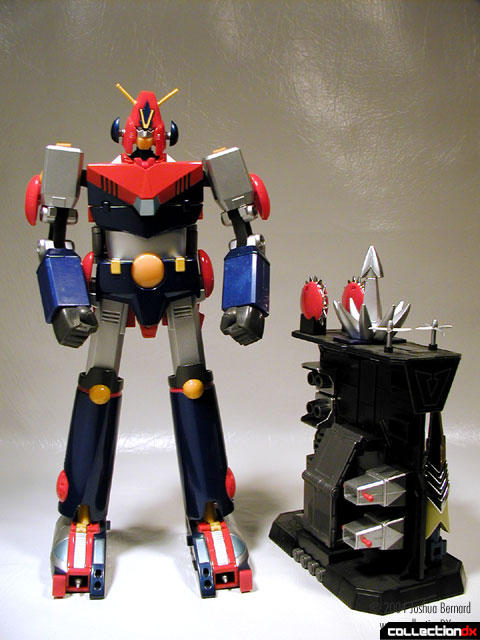 The Twin lancer can be combined into one lance, and attaches to the hands via a peg in the palms. These same pegs also hold the Yo Yo. The Atomic Bomber, variant fists, and Electromagnetic Spin all clip onto the arms once you have pushed the hands back inside. All accessories nicely fit onto the display stand.

Combattler V can also transform into Grandasher Mode, with the help of some extender bars for the tank treads.. 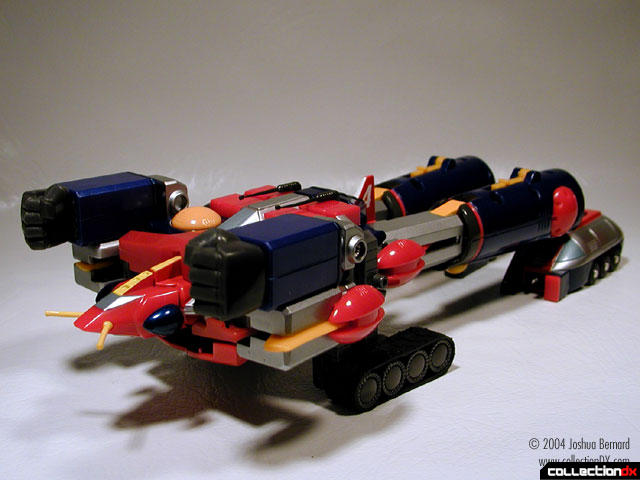 I think the GX-03 is a fantastic toy, but like all Soul of Chogokin, it is not without its flaws. For one, the toy is very floppy, especially in the feet. If not balanced properly, it's going to fall over. Also the shoulders do not like to keep certain positions due to looseness. The other major complaint is the claws on the Battle Tank are impossibly tight. Trying to get them to come in or out when the toy is new is frustrating to say the least. Also, the tread assembly on the Battle tank, when in robot mode, tend to fall off.

Still, Combattler V is one of my favorite Soul of Chogokin toys. He is loaded with metal, and he is fun to transform. Now only if Bandai included the missile firing gimmicks of the original DX Combattler V. I still prefer the sheer mass of the original toy, but this version is a welcome modern rendition of a classic character.

My friend made this short video of this toy combining...