Kamen Rider 1 (仮面ライダー 1号) was included in both the vintage and modern run of talking vinyl figures produced by Masudaya. I picked this up in Japan at the same time as Mirrorman, at the Nakano Mandarake. I'd have to say that I like this one better than Kamen Rider V3, maybe because the character of V3 seems a little bit done to death. 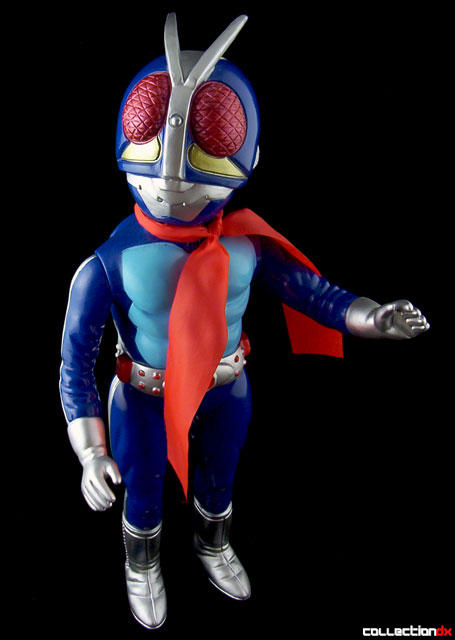 Kamen Rider 1 stands 15" tall and is articulated at the hips, shoulders and neck. The sculpt and paint is pretty typical of the series, but the red scarf adds a neat touch. The real downside to this one is the quality of the talking feature. It broke right out of the box the first time I pulled the string. Now it may or may not retract in again, but it usually screeches and doesn't always talk right. Granted, the thing just sits on the shelf and adds to the general mosaic of my toys, but if you're gonna pay money for something, you'd sort of like it to work, even for a little while. Fortunately, I only paid about 3,000yen for it, if I remember correctly.

Nothing really else to add, actually. Other than the scarf and being a different character, this toy is the same as the rest in the series. If you're into hero vinyls, talkers are neat because they are a bit bigger and have a gimmick. Just cross your fingers and hope the gimmick actually works. It's been said that vintage talkers are much more reliable, but of course, they'll tend to be much more expensive, too. I guess as a modern collector you'll have to ask yourself what you want. Something that works but costs a lot, or something that just looks neat and is cheap? At this point in my collecting "career", I gotta go with cheap. ;) 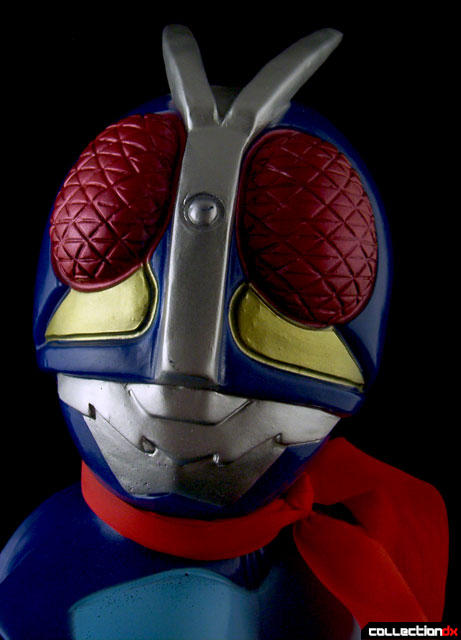 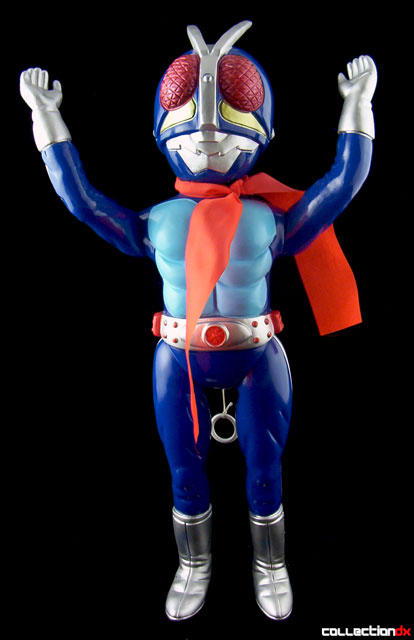 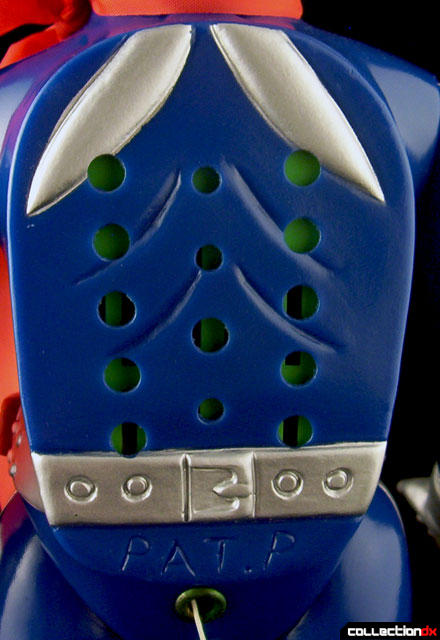 1 comment posted
IF SOMEONE WANTS TO GET RID OF THESE...

If someone invested in those Masudaya talkers reissues and now regrets it, please contact me, I am definitely interested.. especially the Mirrorman, Inazuman, Kamen Riders, Ultraseven, and Getter 1.
Thanks.