The Yamato comes from the anime series Space Battleship Yamato (宇宙戦艦ヤマト). In the US, the show was known as Space Cruiser Yamato, or more commonly: Starblazers. 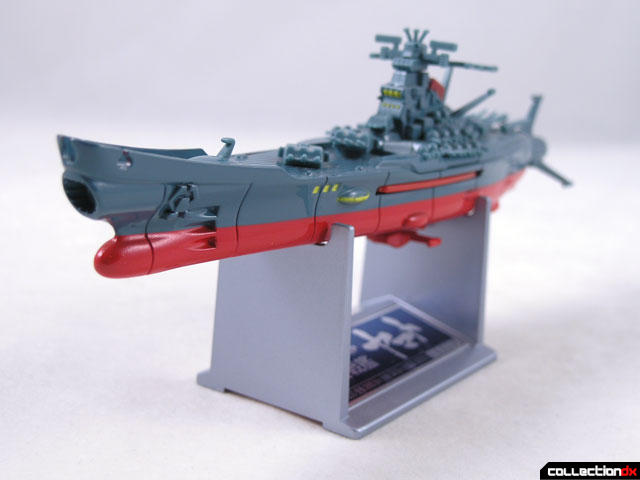 There have been many toys made of this epic battleship but I say there haven't been enough. I could have a whole fleet of these things if I had the room.

This toy is a reisuue of the 1/1300 Nomura toy, originally sold in 1975. It's a faithful reproduction, right down to the stand and the small ships. This toy was reissued in 1998, likely for the 25th anniversary of the television series. 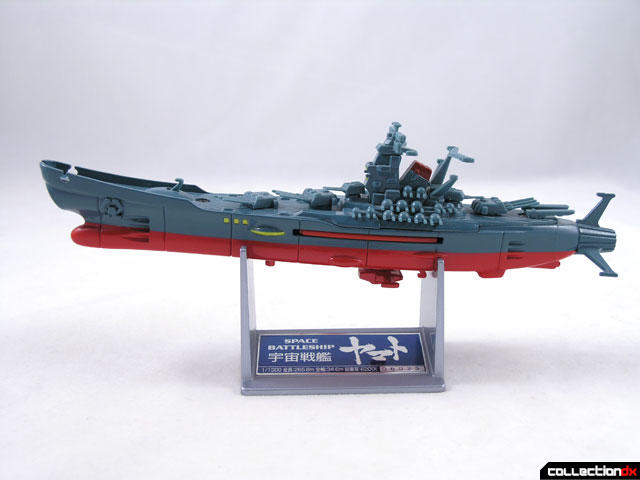 The box is a nice window box, on the back is a full color image of the Yamato's bridge. The side has a big message from Leiji Matsumoto. 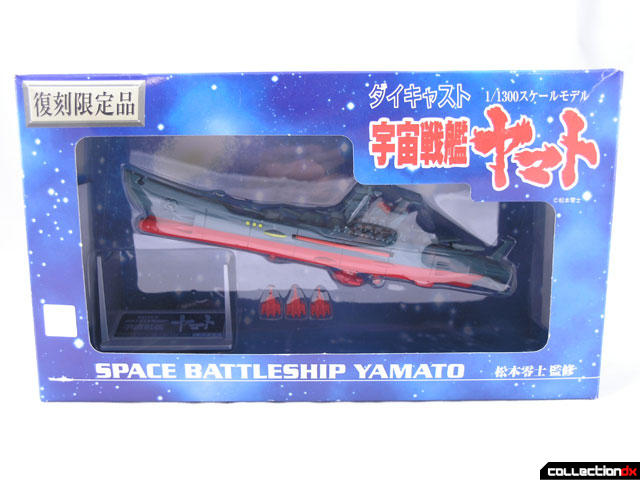 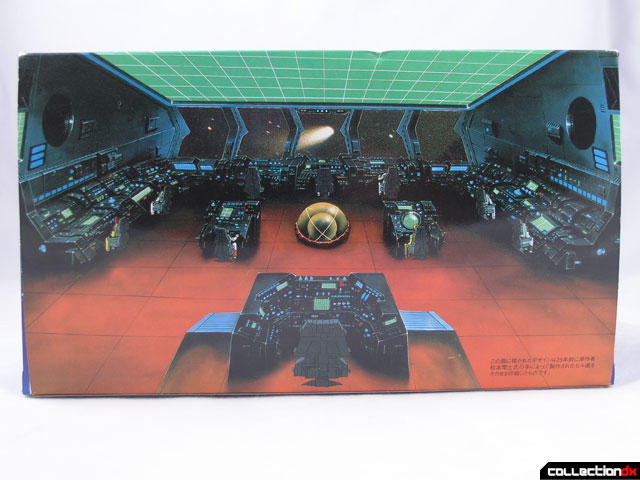 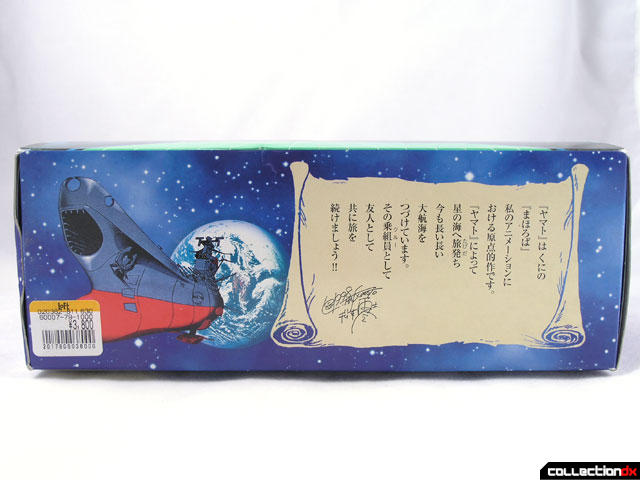 The toy is largely diecast with plastic being reserved for the gun turrets and bridge. Each of the main turrets turn and there is a door on the underside that opens. 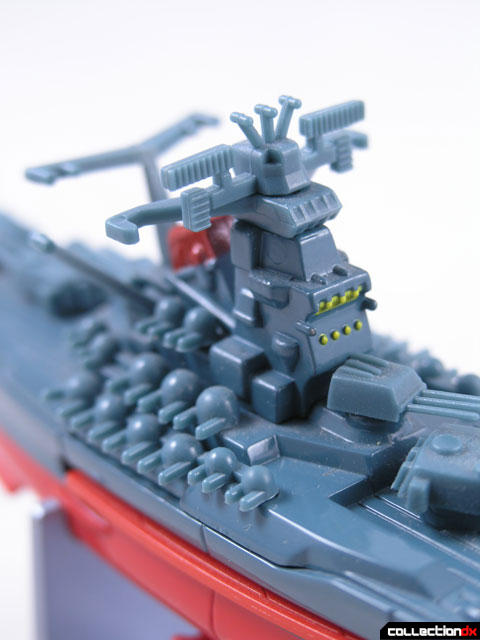 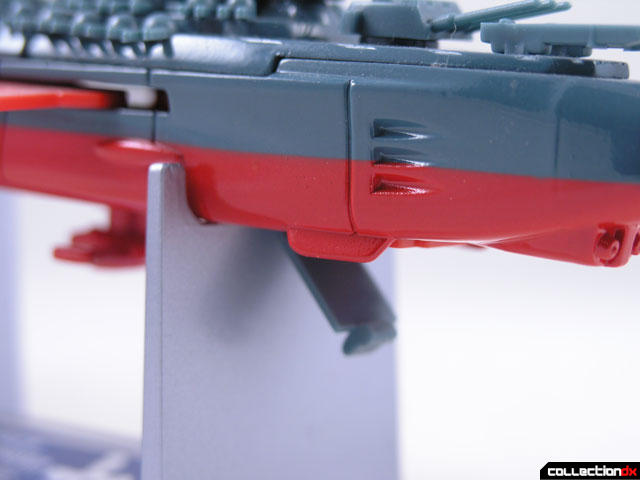 The wings spring out at the push of a button 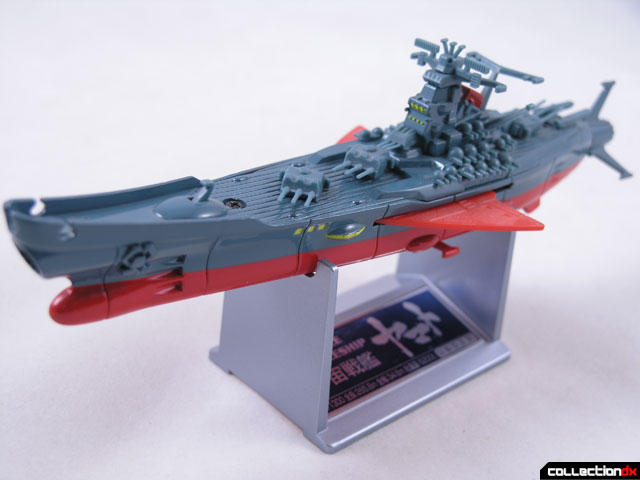 The display stand has some statistics about the Yamato and has the units serial number. This was a limited edition run, but I do not know the full run for sure (I think it was 10,000 units). 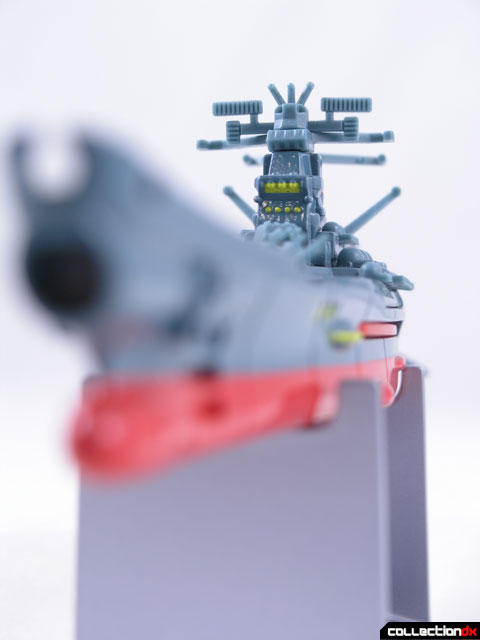 This is a great solid peice that won't break the bank. Go get one.