Believe it or not, the only other Yutaka “Spiral Zone” type figure I was interested in purchasing, besides their Votom’s Cirico Cuvie figure, was their action figure release simply named “Ninja”.

Ninja was Yutaka’s first release when they decided to issue 1/12 scale 36-point articulation action figures using Bandai’s Spiral Zone bodies back in 1998. As I do not have much more information on the background of this particular figure, I am unaware if Ninja is licensed from an original manga/anime/video game character or a newly created generic figure. 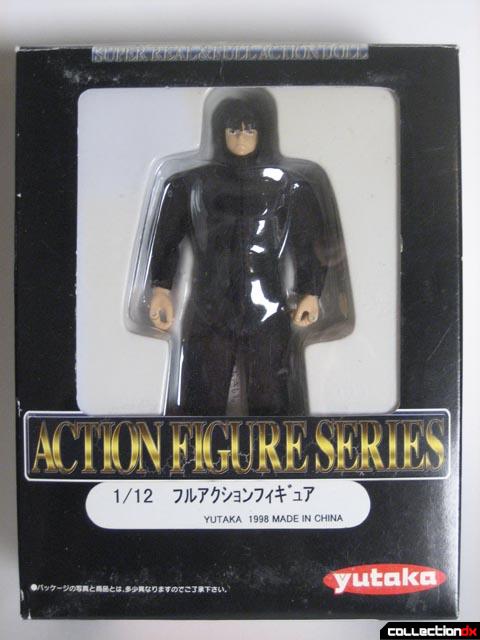 Ninja is an economic release. The package includes one generic box that is issued with all four Yutaka figures with two stickers denoting this figure as Ninja. The inner package includes: 1x System injection action figure, 1x cloth suit, 1x cloth hood and a small photocopied paper in Japanese. 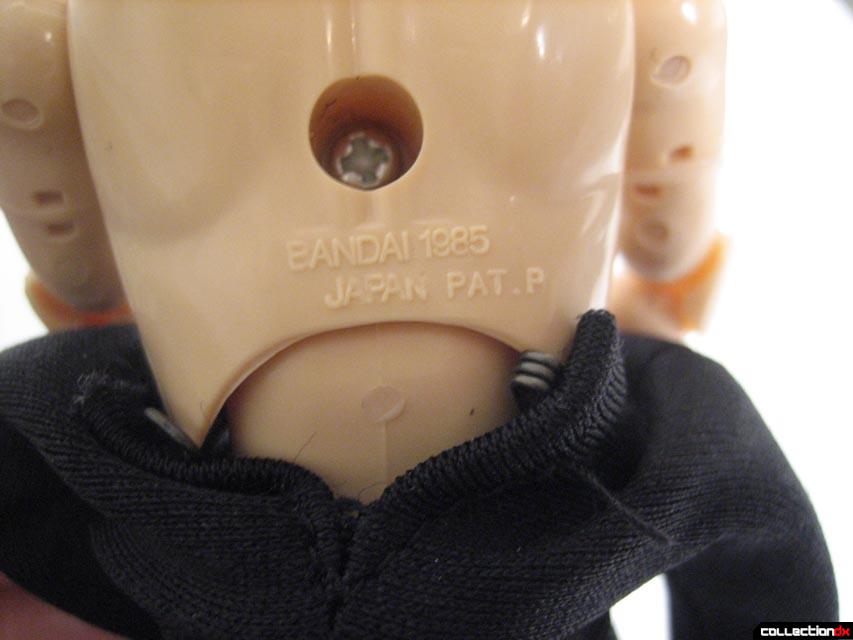 Here’s the kicker for all you Spiral Zone collectors. Unlike the Yutaka Cirico Cuvie figure, which was released with a variation of the Spiral Zone type body, my example of Ninja came with an original Bandai 1985 body! The back of the figure is embossed with “Bandai 1985 Japan Pat P”. I do not know if I have an older issue of Ninja but I now believe it is a toss up between receiving an original Spiral Zone figure or a Yutaka “Spiral Zone” type body when you purchase a Yutaka figure. Although the face is well sculpted, the face looks to young for the subject matter. 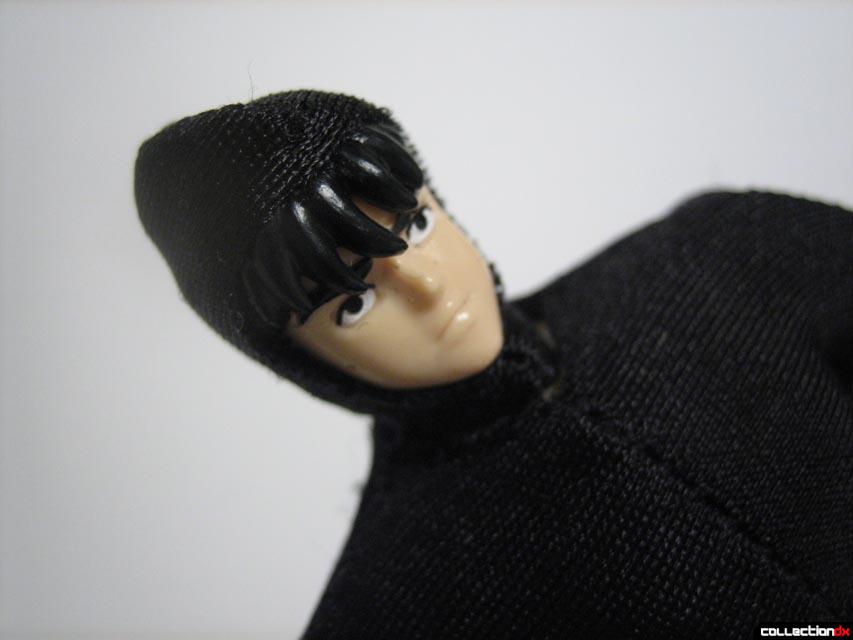 The cloth ninja suit has a different cut than Spiral Zone cloth suits, most notable is the seam that goes up the front of the suit and the metal hook on the back of the suit. To remove the hood one must separate the head from the body. Once the head is removed one must be careful when separating the hood from the head because the hair easily separates from the head. Just a little glue will fix that that issue. The hood doesn’t completely cover the figure’s head and must be tucked under the fringe for it to cover the top of the head completely.

There are two ways one could look at this release. If it is to be displayed as “Ninja”, Yutaka did not finish with they set out to do. Ninja does not come with any shoes, gloves or weapons. The hood doesn’t come with any face covering and the face sculpt does not represent the subject matter very good. Simply putting a figure in a black suit does not make it a “Ninja.” This could have been a great release but like the Votom’s Cirico Cuvie figure release Yutaka did not follow through with the subject matter. 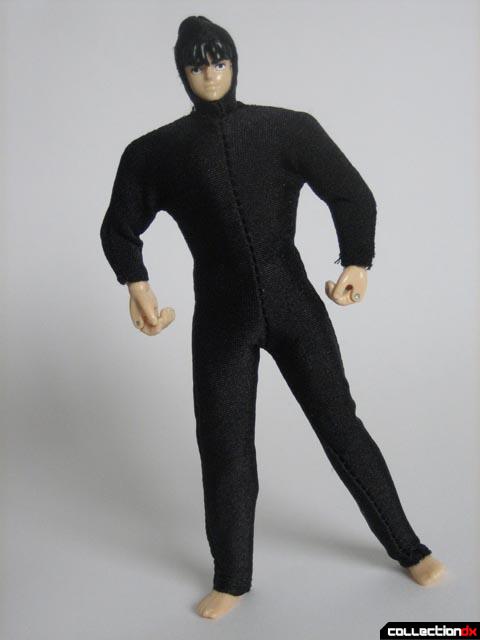 On the positive, I like the simplicity of the figure, akin to the original Spiral Zone extra figure releases: “No.11 White Man” & “No.12 Black Man.” Ninja is a great figure to be used with one of the four extra Spiral Zone uniforms manufactured in the 1980’s, making custom figures or to use as replacement parts for original Spiral Zone figures. With that in mind, the figure passes in my book.

$9.99 is not a bad price for the figure and is low enough priced for the above reasons to purchase. But if your looking to buy a well detailed generic Ninja action figure and not willing to put the extra time to update what Yutaka should of done in the first place, I would pass on this one.