In the 1998 Super Sentai show Seijuu Sentai Gingaman, the main robot, Gingaioh is composed of 5 Starbeasts that combine to fight evil.

Partway through the show, the Gingaman receives the power of the Lights of Ginga to become Super Armor Shine Gingaioh (超装光銀凱王 Chōsōkō Gingaiō). This power up consists of a new chest plate, sword hilt, and head crest. 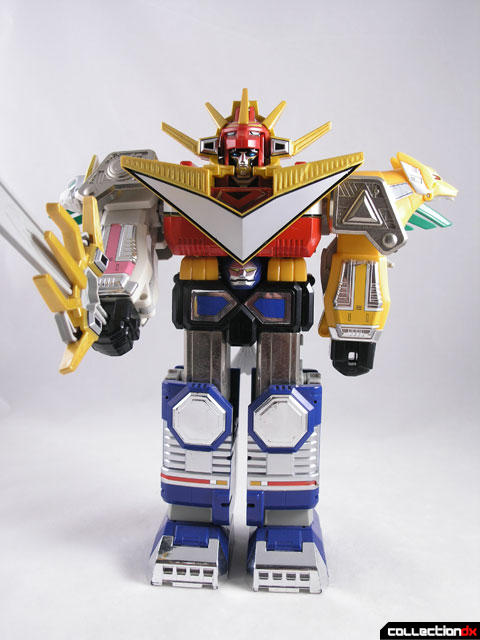 Of course, these parts were not included with the Bandai Chogokin Gingaioh robot – you had to buy them separately as part of the Ginga Dai Ketsusen Set 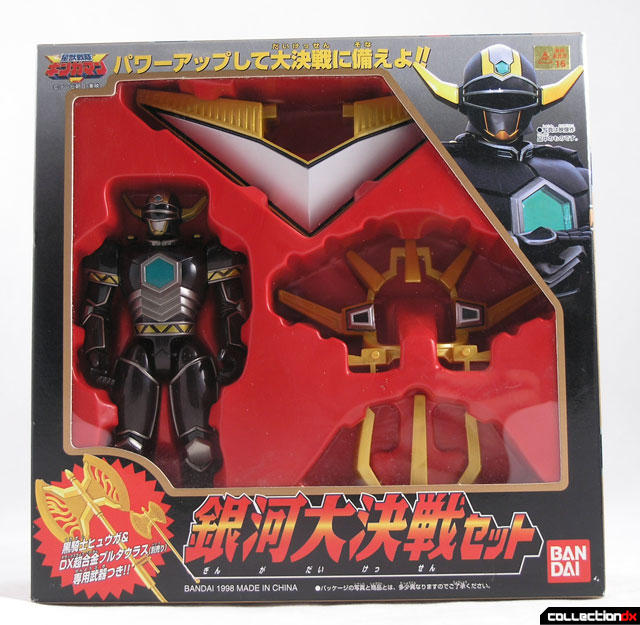 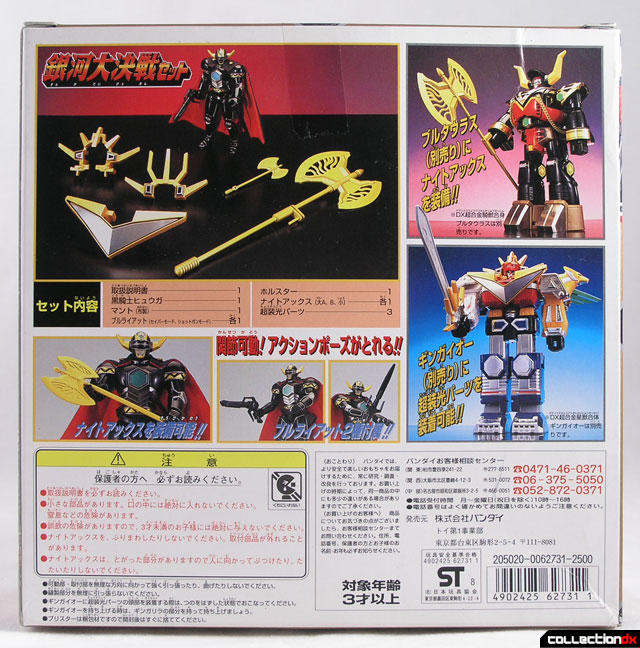 The armor parts are made of a soft plastic. Not quite rubber, but the same material as Gingaioh’s sword. The Chest piece attaches to the front of Gingaioh and attaches to the base of the new head crest. The existing horns need to be removed to add these parts. The sword crest just snaps onto the existing sword. They are not exciting pieces on their own, but they make a big difference to the already beautiful Gingaioh. 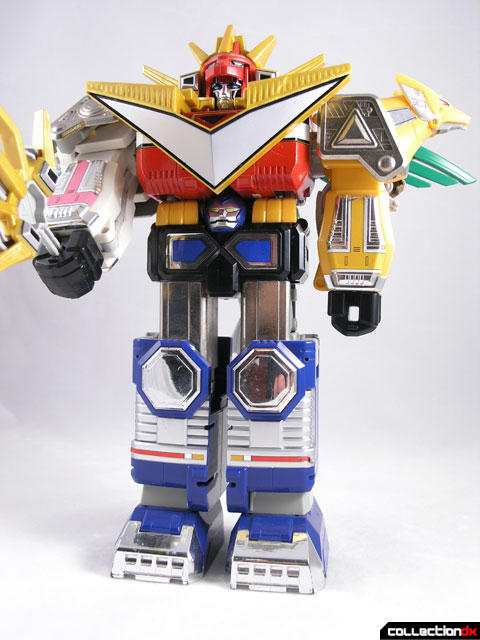 The giant axe for BullTaurus is called the Knight Axe, and as it appears later in the show, it did not come with the original DX BullTaurus. 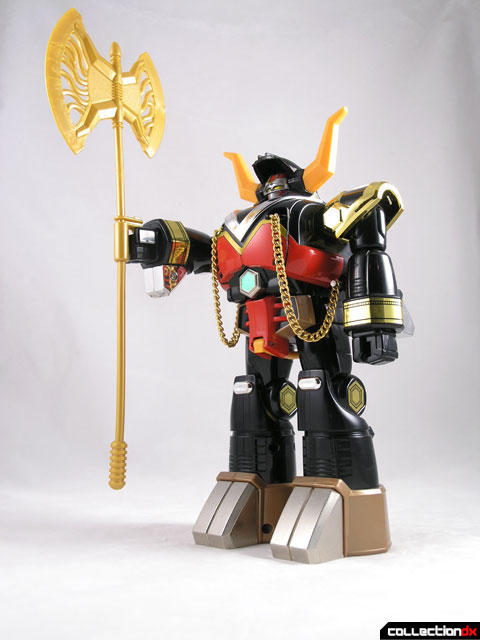 The BullBlack figure is your standard Bandai Sentai figure. It comes with a removable cape, two weapons, and a removable belt. Also included is a mini-version of the Knight Axe. 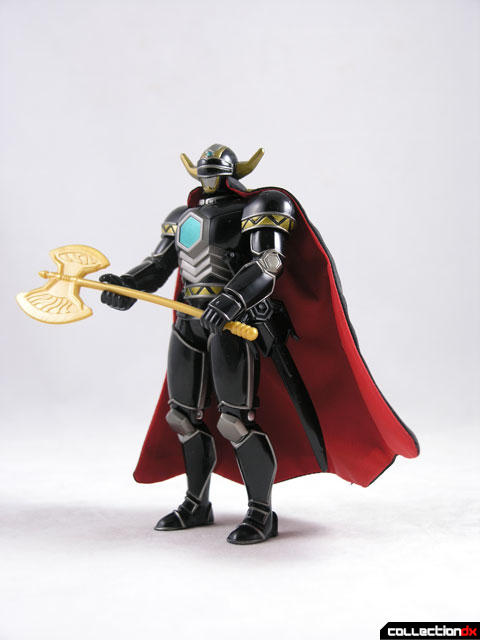 This set, although hard to find, is not terribly expensive. There was also a black version of the set available as a mail away to go with the black and gold limited version of Gingaioh.

I have this set, and completely agree, it is really nice. Gingaioh, and pretty much the rest of the Gingaman robos, are some of the most underrated in the various lines of Sentai toys.