I managed to acquire this vinyl a very similar way to how I got the Piguduron to... in a lot. As I recall, I got it and the horrible Marmit Sanda for like $15 on Ebay. I can't remember if I bought them together, but I think I got them from the same seller at the same time at least. Either way, two toys I bought for no other reason than because they were cheap.

But unlike the Sanda, I don't regret this one. It's a quality vinyl. 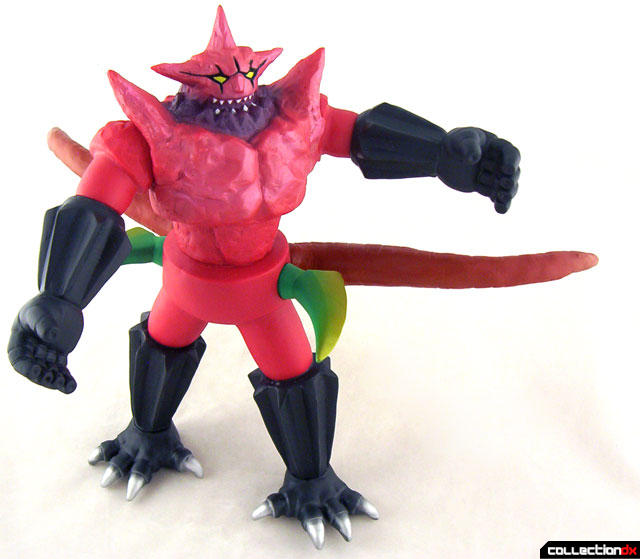 I'm pretty sure this guy is also from one of the Getter Robo shows, but I'm not gonna speak with any authority about that for fear of being wrong like last time. Let me know if you know and I'll stick just to the toy.

At 11" tall, Gil Gil Gan is a little shorter than Piguduron and is different in other ways, too. For instance, obviously there is no clear, or glow, or any other gimmicky vinyl, here. Just straight up good old fashioned sofubi. Furthermore, there is MUCH more articulation on this toy. There are 14 points of articulation here. That's huge for a vinyl. Swivel joints are located at the shoulders, elbows, knees, ankles and waist, as well as all three tails and the two "blades" on the hips. 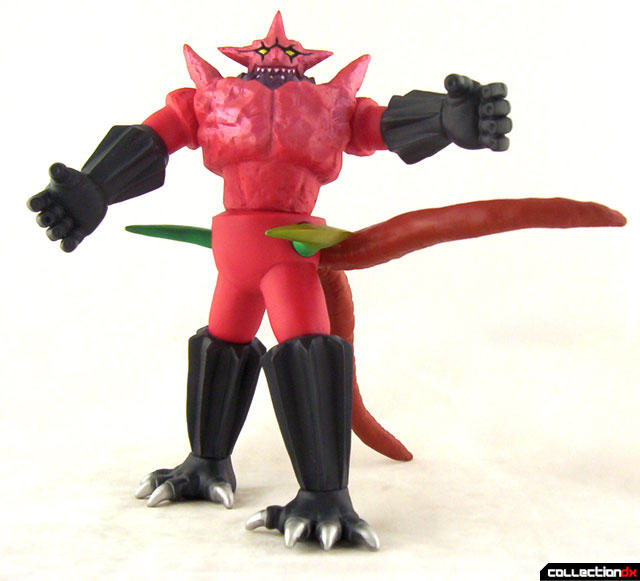 The vinyl is thick and strong and while the paint apps aren't particularly flashy, it's more than competent where it needs to be, on the face. 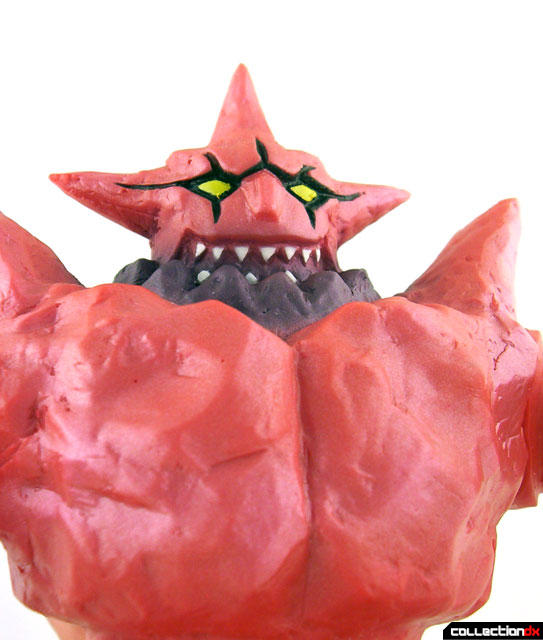 The design of the character is really sort of interesting, with solid "metal" depicted on the lower half, with a more rock-like surface for the torso. Add the fleshy looking tails and it's a real neat combination of different styles. 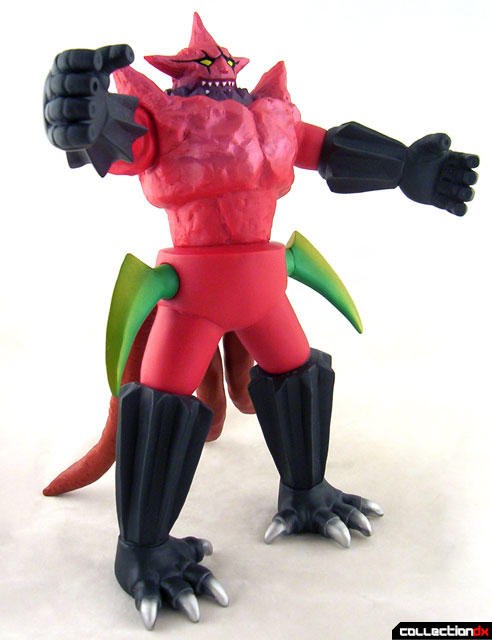 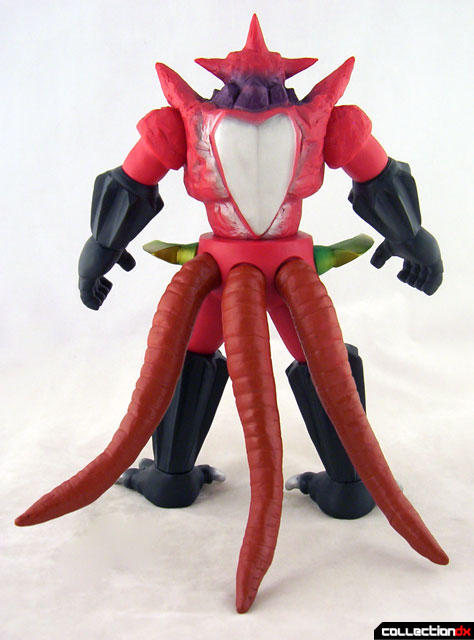 Really, much like Piguduron, I'm growing to like this toy more now than before, looong after I actually purchased it. In taking it out and handling and examining it, I'm realizing how much it reminds me of the cartoons I used to love as a kid, perhaps even more-so than the hero robots I've owned.

Awesome. He might be from the other Great Maz/Getter Robo crossover short. I think Great Mazinger ends up flying inside him and chopping up all the robotic innards, afterwhich the monster is still functional!

Didn't it also have multiple forms, with this being the final? I cannot remember if this was the one that earlier in the show had a dino-head crotch. :P

Thanks again, guys! I'll change the info field to reflect that.

Never heard of this guy but love his look. This site is my CNN! ;-)