GaoGaiGar is the main robot of the 1997 Sunrise-produced anime series Brave King GaoGaiGar, which is the 8th consecutive show in the series of Brave series that started in 1990. All series were a collaboration between Sunrise and Japanese toy manufacturer Takara, who had been looking for a replacement for their then faltering Transformers line, and many argue that Brave toys are cousins to the Transformers and basically a continuation of G1, engineering wise. The GaoGaiGar show is undoubtedly the most popular of the Brave shows, and the toys are by many considered the pinnacle of 8 years of Brave toy development.

In the mid-1990s, Korean toy manufacturer Sonokong had seen the potential in both the Brave shows and the Brave toys, and developed a licensing agreement with Takara and Sunrise to produce the toys for the Korean market. Takara has long since ceased production of their Brave toys (except for the odd re-issue once in a while), whereas Sonokong re-launches old Brave lines at an annual rate. That makes the Sonokong releases less hard to acquire than the Takara releases. 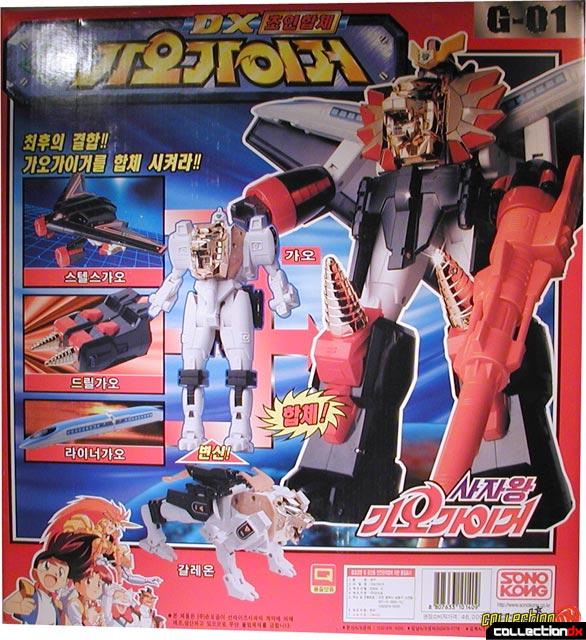 This particular toy set (the Sonokong release) comes in a plastic tray in a huge and colorful box. Surprisingly enough, considering most other Brave releases, the few stickers that are on this toy came pre-applied from the factory. The toy is all plastic, but high-quality plastic. Many people regard the Sonokong Brave toys as inferior in quality to the Takara releases, but they are actually exactly the same - with the odd exception that this particular Sonokong set is molded in off-white/cream plastics, whereas the original version is white.

The set comprises of Galeon, the lion, the three Gao Machines - Liner Gao, Drill Gao and Stealth Gao - and the orange Dividing Driver. 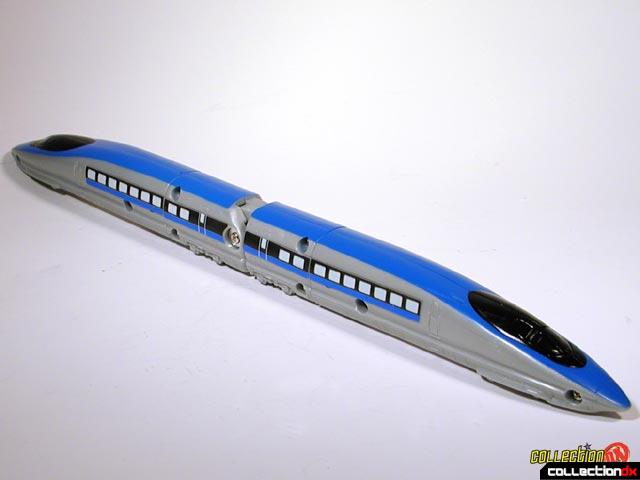 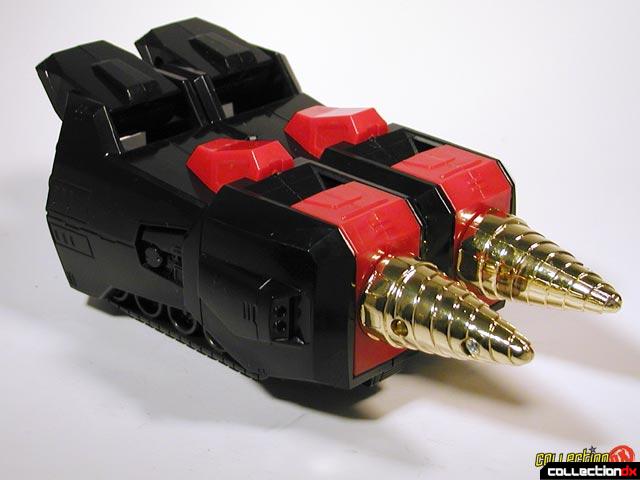 Galeon is a white-ish lion with a gold mane, and is rather blocky in this mode, but still a nice looking mechanical lion. 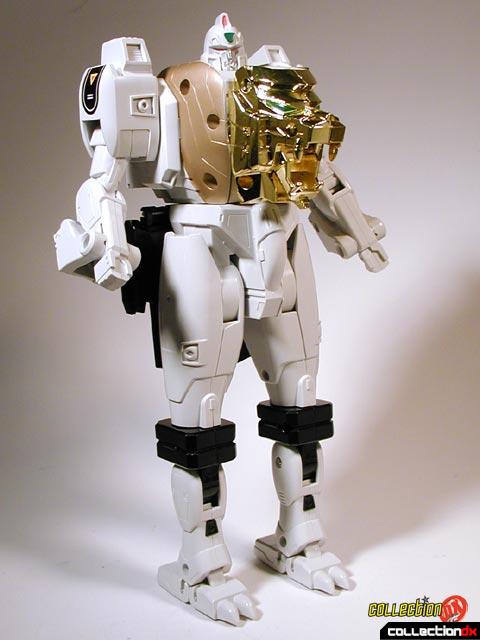 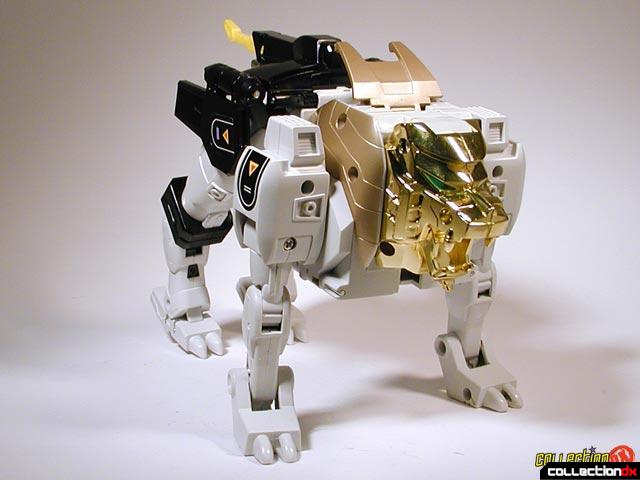 Transformation into robot mode, which stands about the same height as the average TF gestalt, is in the show done when the main protagonist, Guy, fusions with Galeon to become GaiGar. Using mostly ratchet joints, GaiGar has articulation in the shoulders, elbows, neck, waist, thighs, knees and feet, but is still rather limited because most of this mode is geared towards acting as main torso for GaoGaiGar (more on that below). 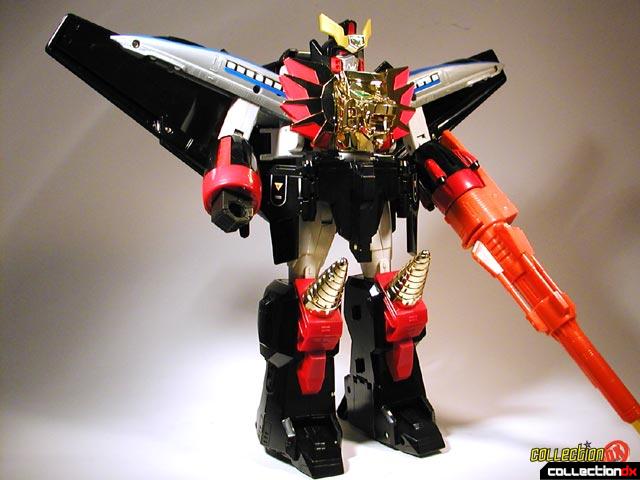 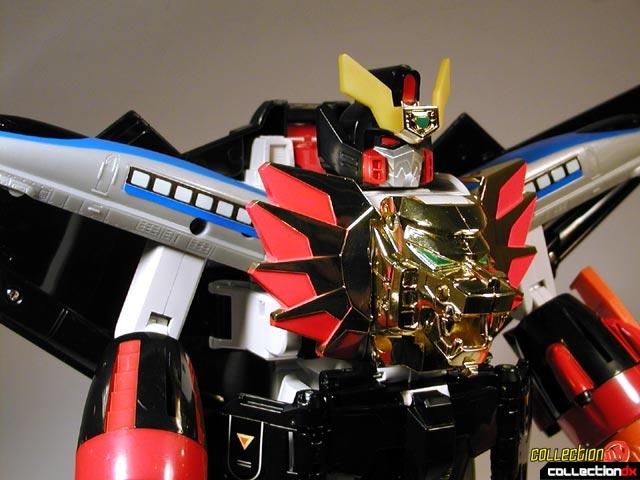 In robot mode, GaiGar can make use of two of the Gao Machines: Using Stealth Gao as a backpack in a hang glider fashion, and/or using Drill Gao, when split down the middle and attached to GaiGar's hands, as powerful tools; Liner Gao cannot be used by GaoGar.

Creating GaoGaiGar - aka "Final Fusion" on the show - basically requires GaiGar to fold his arms on the back, the train to go through the torso to become shoulders, the jet to attach on the back and the drills to seperate and become boots. Sounds simple, and is pretty much also executed just as simple. But it works: GaoGaiGar is very impressive to look at with the added height of about 2 inches, even though he is retains much of the blockyness. Articulation is more limited in this mode, as only the shoulders, elbows, waist and thighs can be moved. But GaoGaiGar gets to wield one of his ultimate weapons: The orange screw-driver like Dividing Driver, which clips on to his one hand.

For me, personally, this is an excellent toy. Not only is it large and displays excellently, it is also sturdy and offers a lot of play potential - especially the way GaiGar can make use of the Gao Machines in robot mode, even though they are very much out of scale with each other. Brave toys are known for not having too many unnecessary accessories other than weapons (i.e. no gestalt pieces), but Liner Gao and the Dividing Driver should have had more play features than they have. Also, the toy feels a bit like something designed for very young kids, especially considering size and simplicity, but that does not make it less fun to play with. That being said, I still consider this the quintessential Brave toy.

2 comments posted
The King of Braves

Superb review. You basically told me what I thought about the toy. It may not have much in articulation, but it's certanly a worthy evolution of the original G1 Transformers toys. Plus it's simple to combine and like that with this kind of toy. Exellent review. :)

For some reason,Gaigar's face reminds me of Starscream for odd reasons..maybe it's just me or I watched too much Transformers..XD