The mold for this toy first appeared as part of the Macross series in Japan. Originally by Takatoku Toys, the "Destroid Defender Macross Series Collection No. 3" was part of a whole line of 1:144 mecha from Super Dimension Fortress Macross.

Its next lease on life occurred when Matchbox imported the toys to be a part of the Robotech line. The Matchbox versions were almost identical, with only copyright changes. (The molds were now owned by Bandai). These Toys were released in two color schemes. A grey "Tactical" version and a tan "Civil Defense" version.

In 1995, Playmates got the rights to use the old Robotech toys as part of their Exo Squad line. They re-released these small mecha toys on blister cards at a very low price point. Playmates also released both tan and grey versions of this toy. These battloids had all the metal removed, making a lighter, cheaper product. Still, the toys weren't bad. the molds were OK, and they still came with a sticker sheet. For $3 at the time, you couldn't go wrong. These all went on clearance at KB toys in the late 90s and could be had for under a dollar each.

One noticeable change made to the Playmates version is in the arms. They turned the dual cannons 90 degrees so that they are side-by-side instead of in front of each other. Playmates also added a small bit of plastic between the cannons for support. (Thanks to Zor Master) 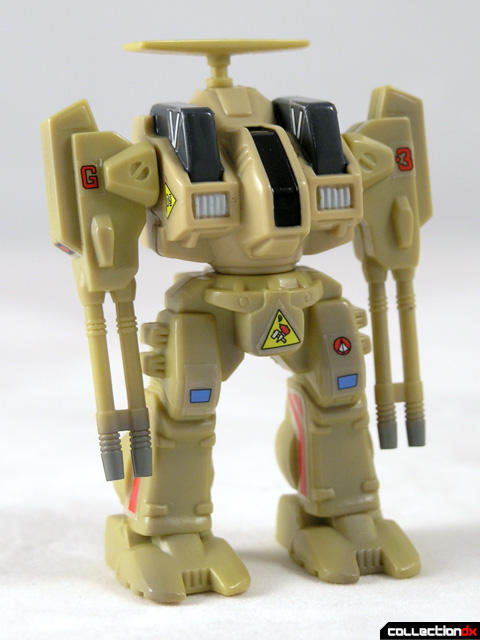 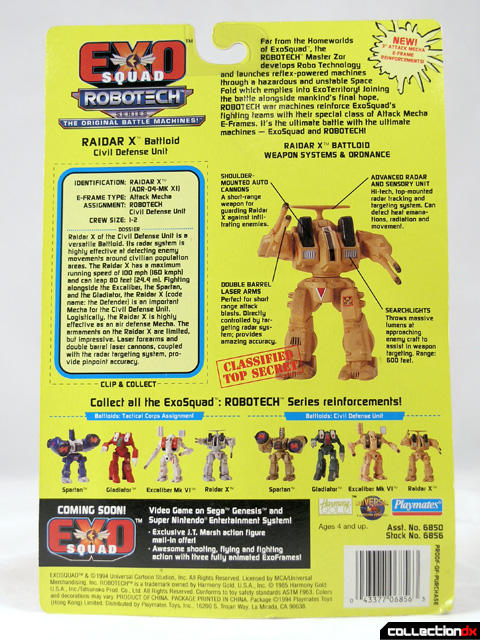 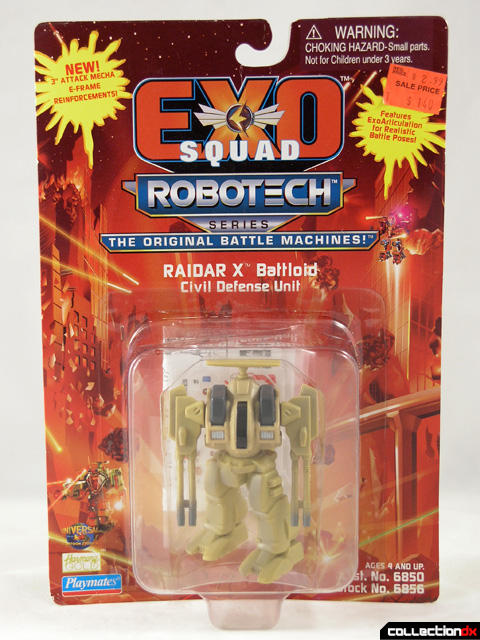 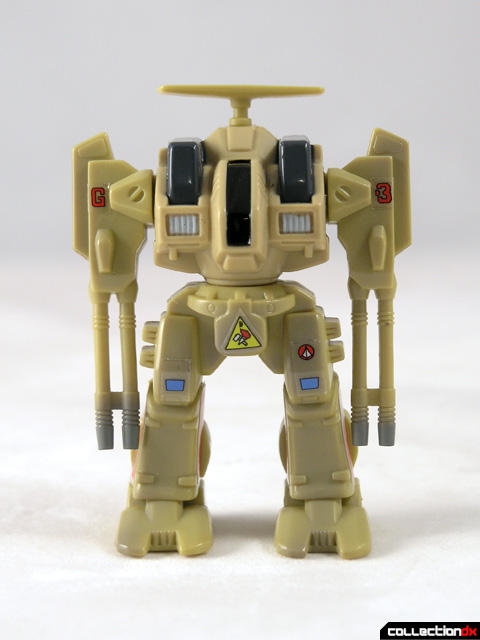 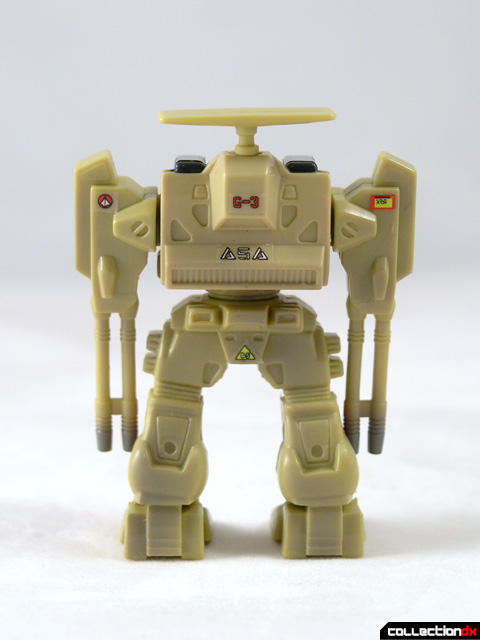 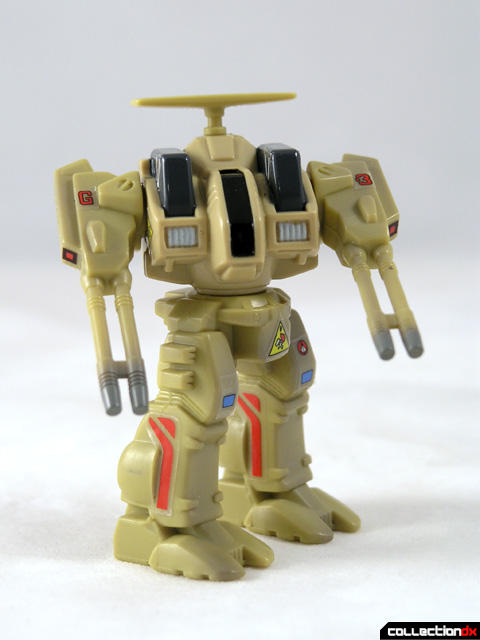