Goldar was one of the main villains who appeared in Power Rangers season 1, episode 1: "Day of the Dumpster." He is one of my most favorite villains on the show especially in the earlier seasons. I felt back then he seemed more like a serious threat than in later season when the writers watered him down to appeal to soccer moms. Anyway, enough about that, on to the review! 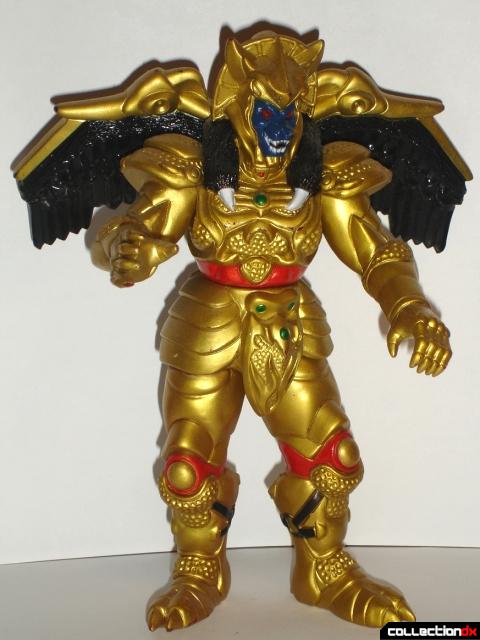 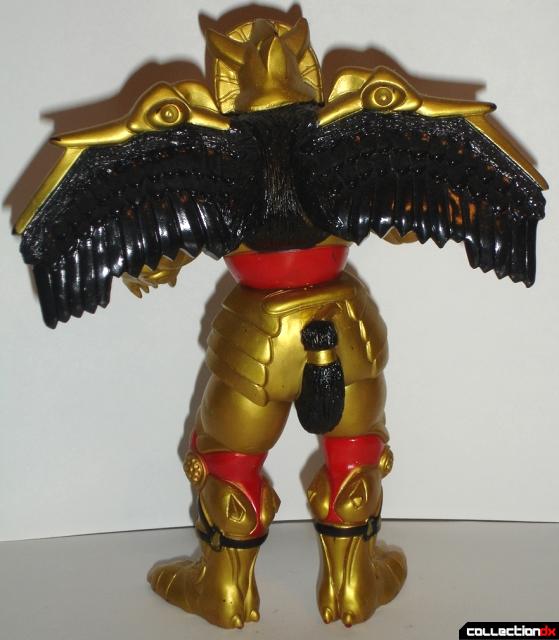 Goldar is apart of the 8 inch Evil Space Aliens assortment of figures. Unfortunately the accessory he was supposed to come with, which was his sword, came with a different villain. Not sure if this mix up was intentional or not. Goldar has five points of articulation: shoulders, legs, and waist. From the looks of things he's some sort of armored flying monkey. 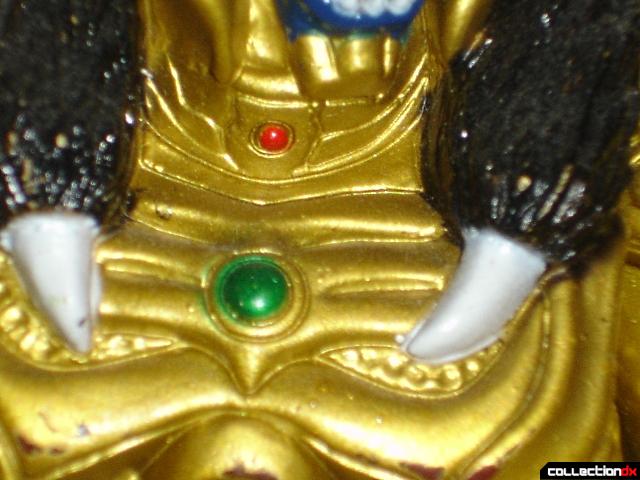 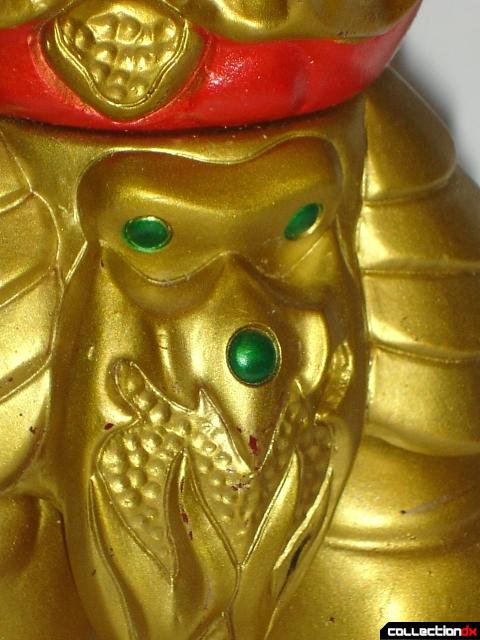 Some, but not all of the jewels on his armor are painted in. 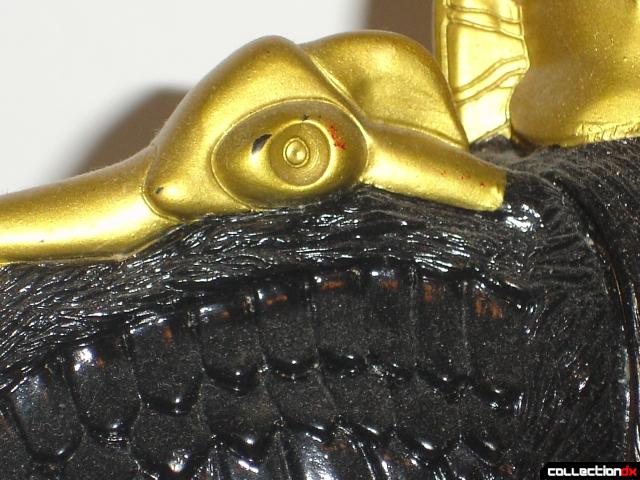 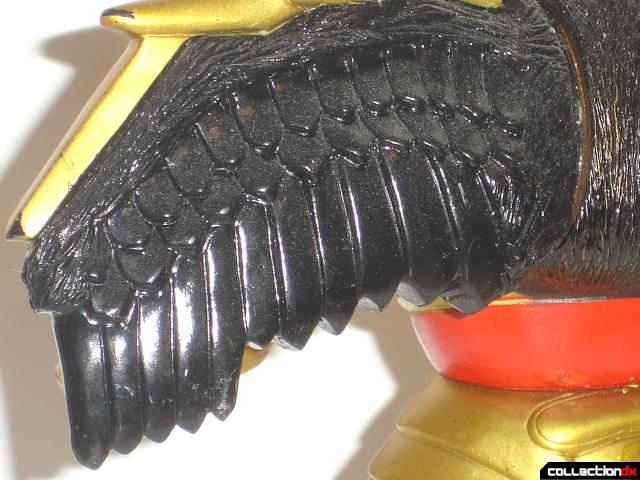 The wings have crisp and sharp details on them, even on the back. Unfortunately there's no articulation and he can't fold them up like he does on the show. 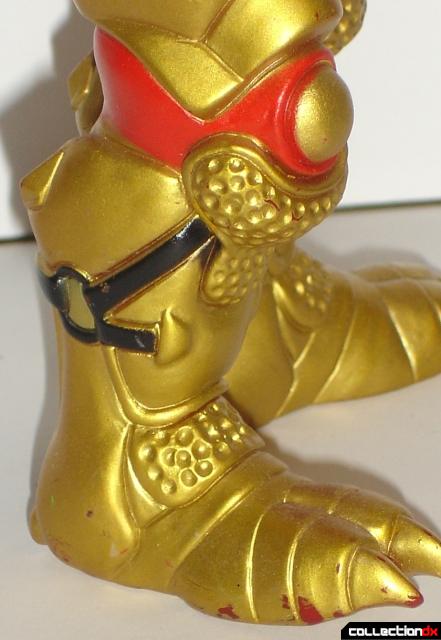 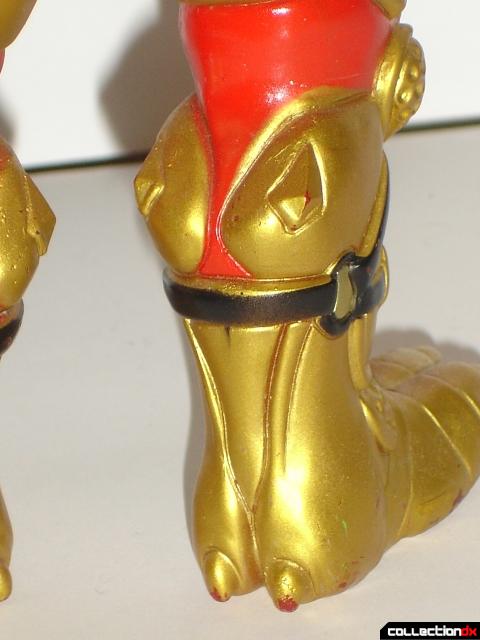 The few bits of red thrown in is a nice touch. 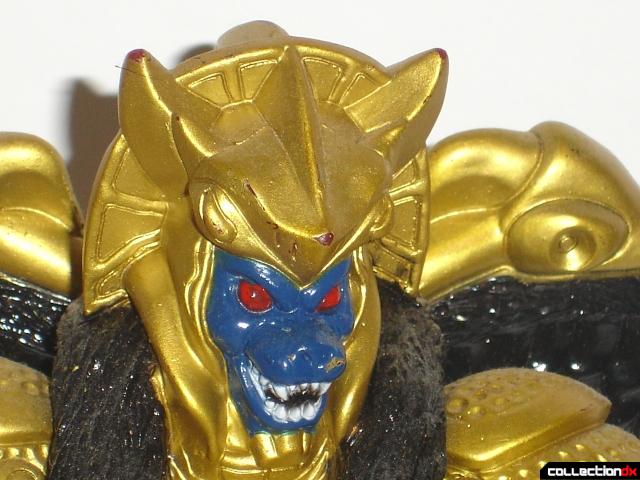 His snarling, fang bearing face, piercing red eyes, and the horns on his gold helmet really makes him look like he means business! 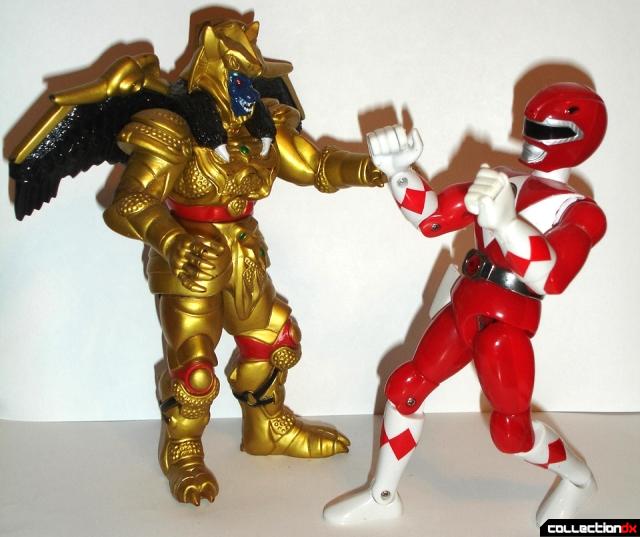 Being one of the main villains on the show and one of the most popular, pick this guy up if you can find him. I don't know if there's going to be a "Masterpiece" line of Power Rangers figures in the near future nor do I know if any 3rd party companies will be doing anything PR related. Just in case that never comes to pass, all the stuff from the older line is more than good enough for me.