First of all, Thanks to EVA_Unit_4A for the background information on this toy. 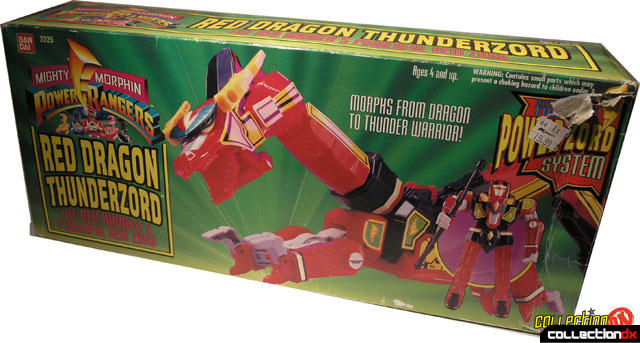 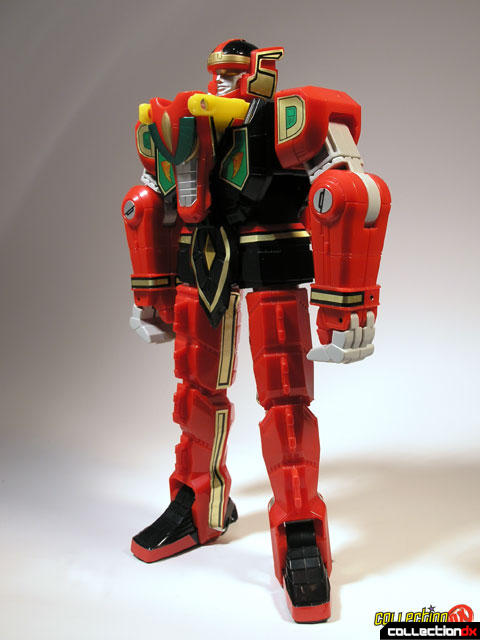 The Red Dragon Thunderzord comes from Series 2 of the Mighty Morphin Power Rangers, the domestic version of the Japanese Super Sentai show, Five Star Task Force Dairanger. The original show ran from 1993-1994, while the US version ran from 1994-1995. The original Japanese name for this toy is Ryuseioh Spirit Beast, and was packaged as part of the Ryuseioh Five Star Combination DX set.

Included in the box is:

The Power Crystal is an addition to the US release not found in the Japanese version. The only other difference between this release and the import is a slightly different sticker sheet. Lightning bolts were added to tie the toy in to the previous Power Rangers toys. For a good look at the unmolested Japanese version, click here. The small figurine of the Red Ranger that can be set on the
Red Dragon Thunderzord was included in the original version, but because English audiences never saw the "DaiRanger" suits except for the
White Ranger's, the US versions feature differently-colored versions of
the original Red Ranger from ZyuRanger". 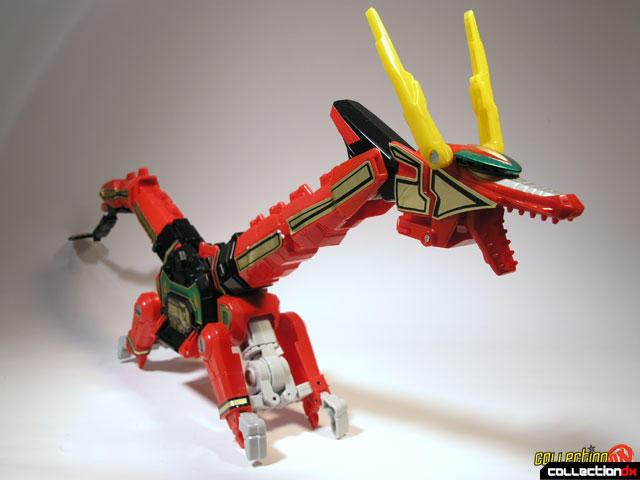 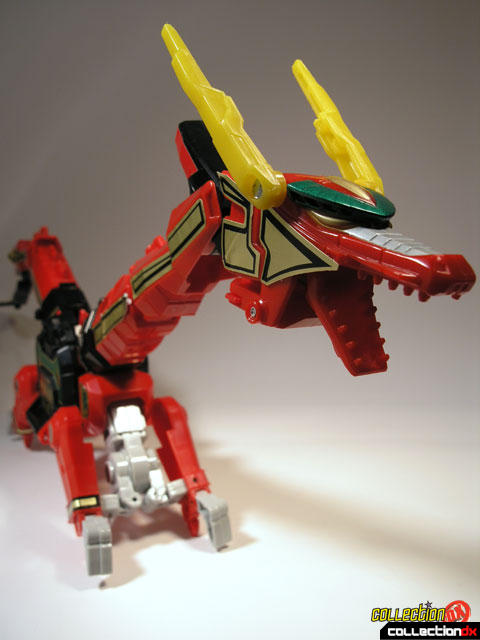 Transformation is simple, and things move into place with satisfying clicks. The toy is solid, and ready for play. In Warrior mode, the Red Dragon Thunderzord can hold a staff in his hands. 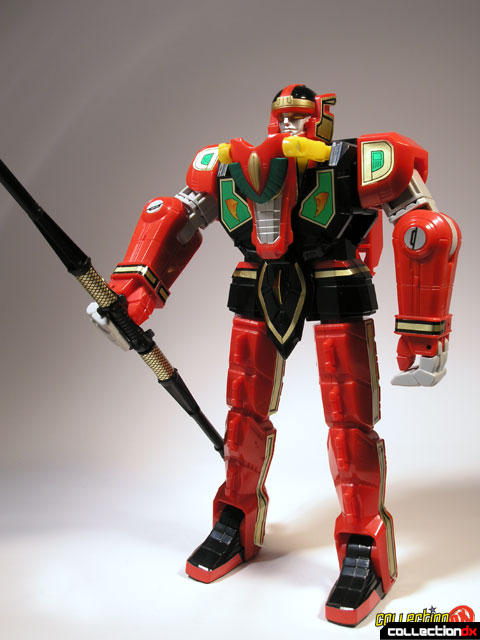 As with other Power Ranger Megazords, The Red Dragon Thunderzord can combine with other zords to create even more powerful combinations. 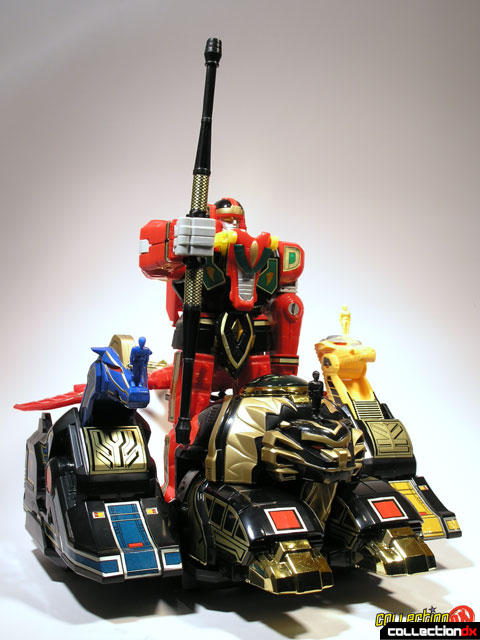 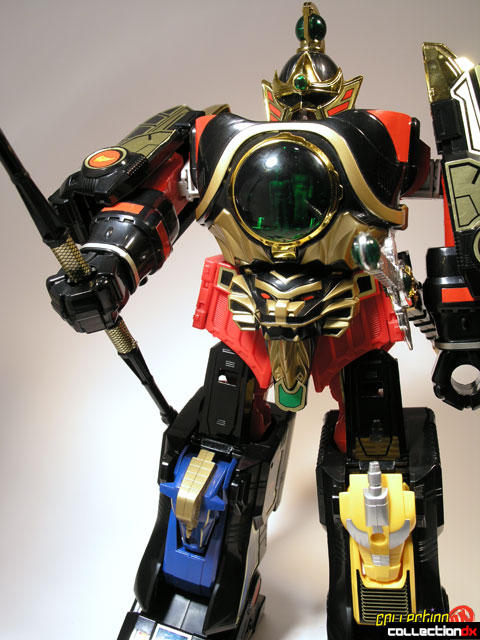 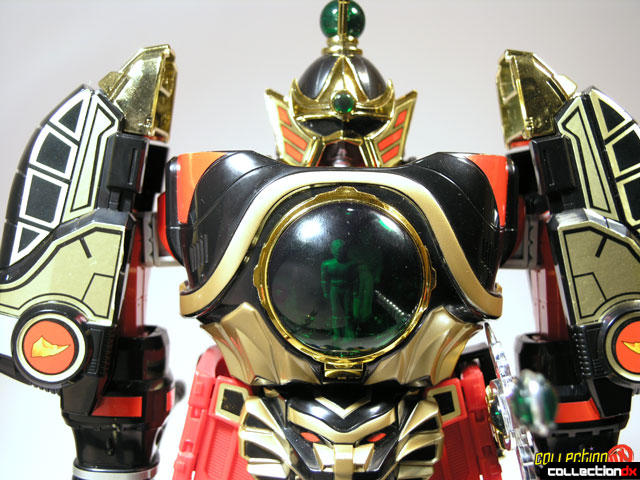