The V2 Gundam is another entry in the MS in Pocket line of Gundam action figures. Released in 1993, it was the precursor to the inferior MS in Action line.

The toy comes packaged in a decorative window box with pictures of the actual toy on the front. I love how they have taken the toy and put it into an action scene through camera effects. 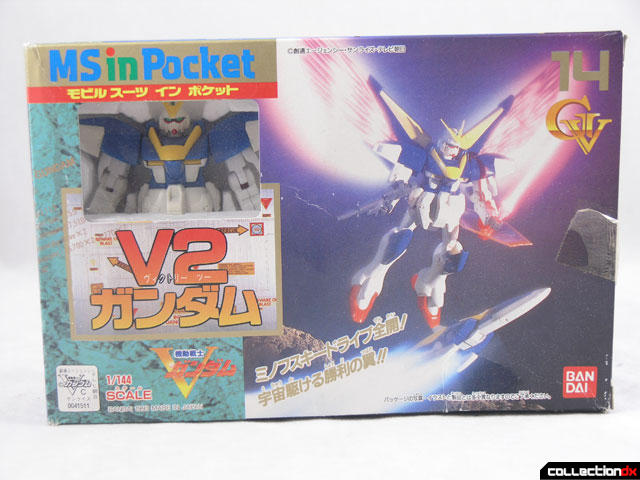 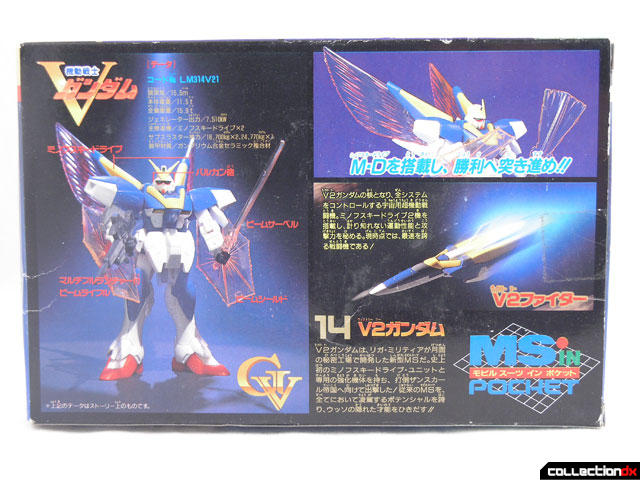 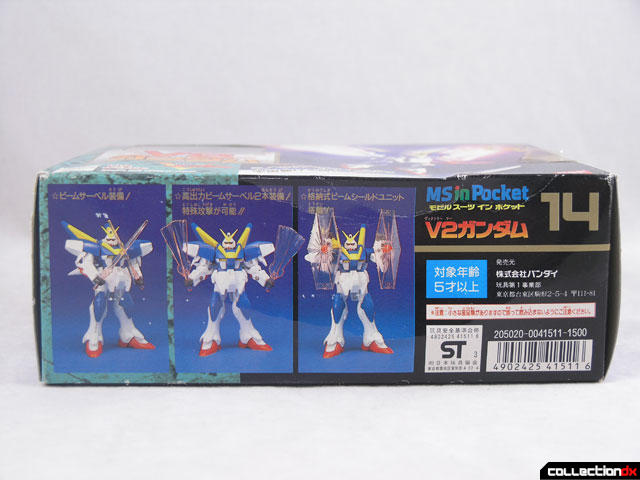 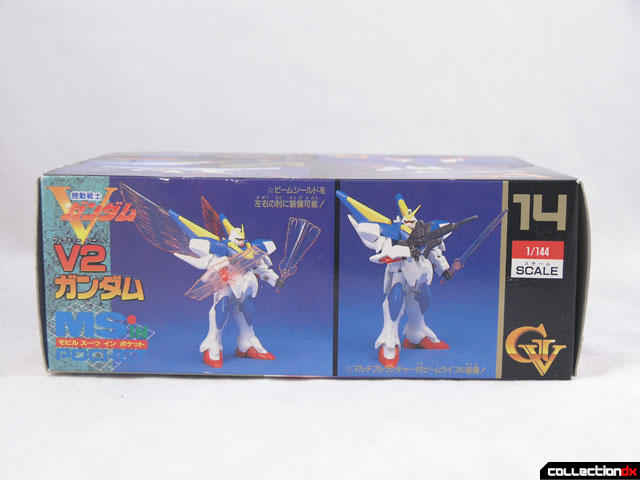 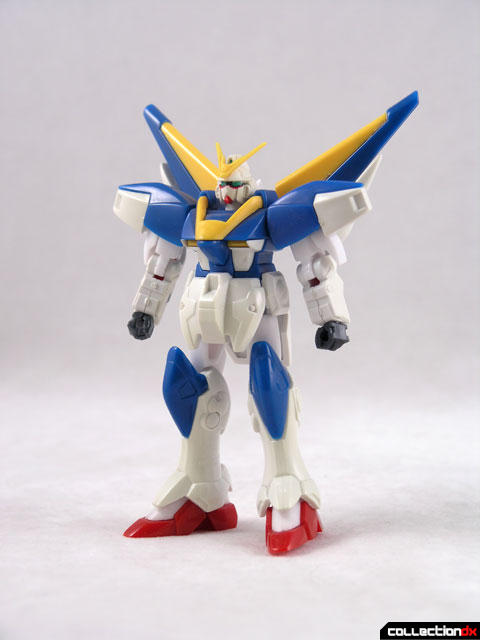 Inside the V2 Gundam rests in a Styrofoam tray, while all the other accessories are on sprues in baggies. The MSiP line has always had a bit of assembly required.

Overall the V2 is an average looking Gundam, but its big gimmick is the Minovsky Drive, an energy system that not only propels the unit, but can generate energy wings and energy shields. 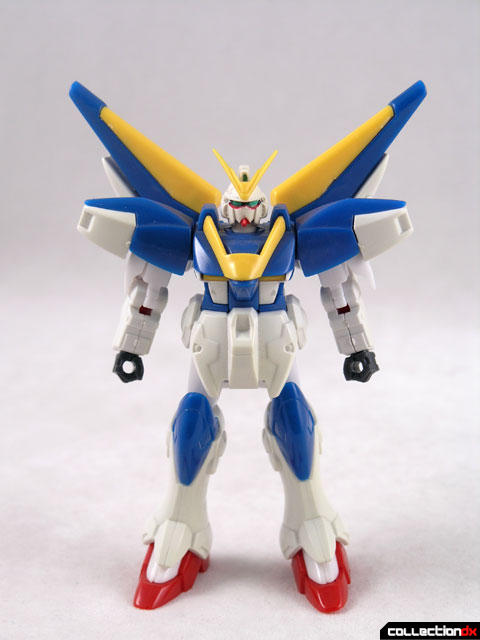 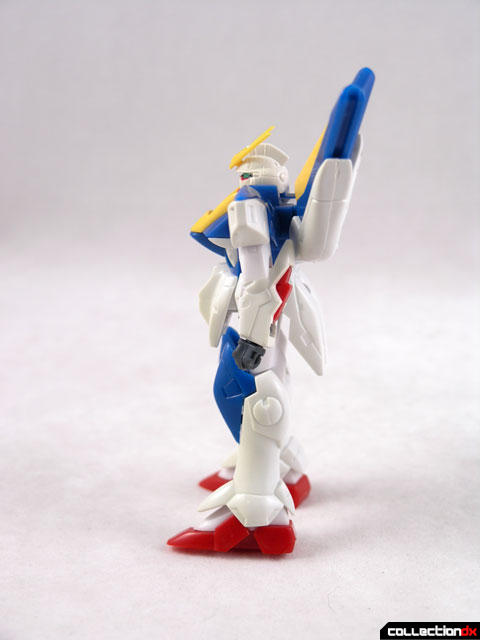 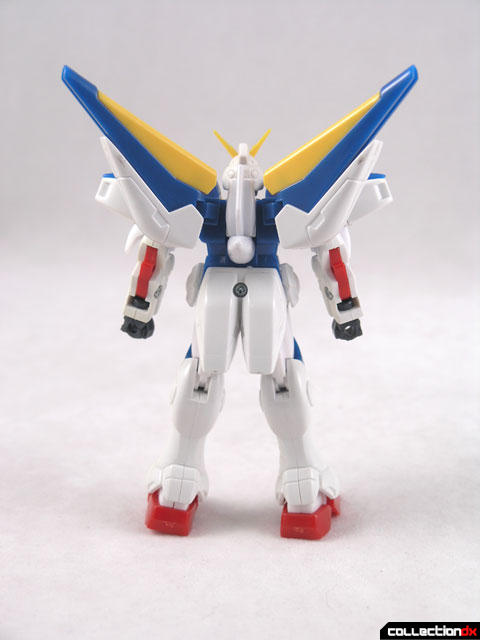 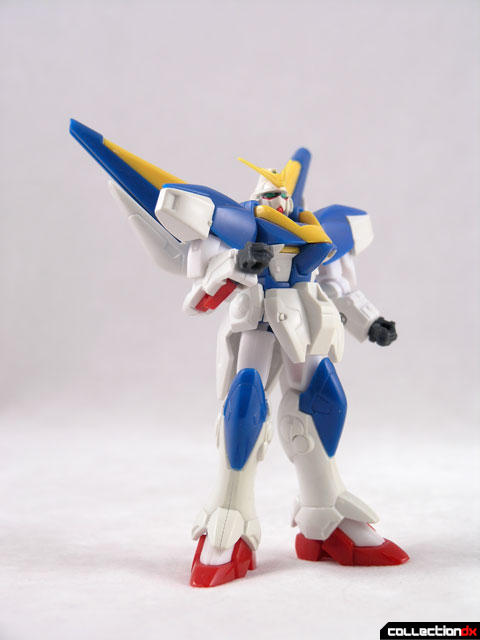 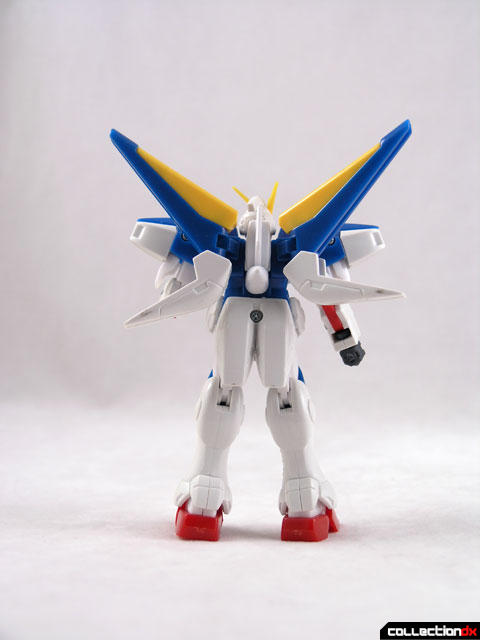 Two large moveable fins on the back open and you can place clear plastic wing sections inside. These sections both tilt and rotate. 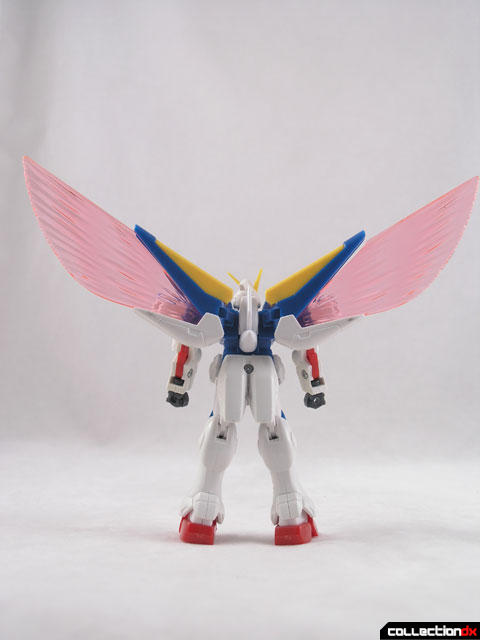 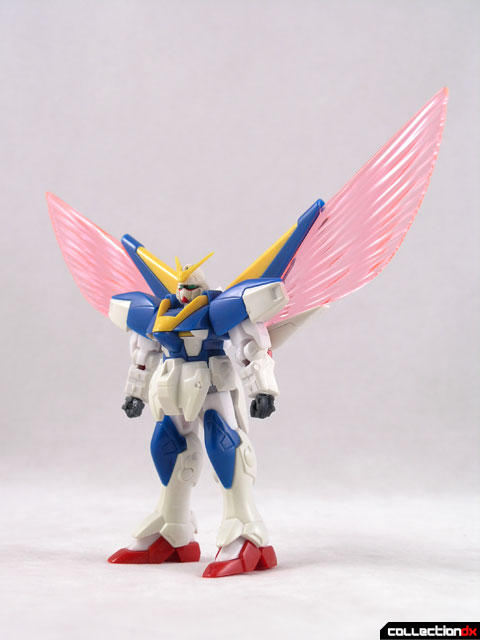 Energy shields are attached by folding out red pegs from the forearms and attaching the clear plastic shield pieces. The shields are bulky and hinder articulation significantly. 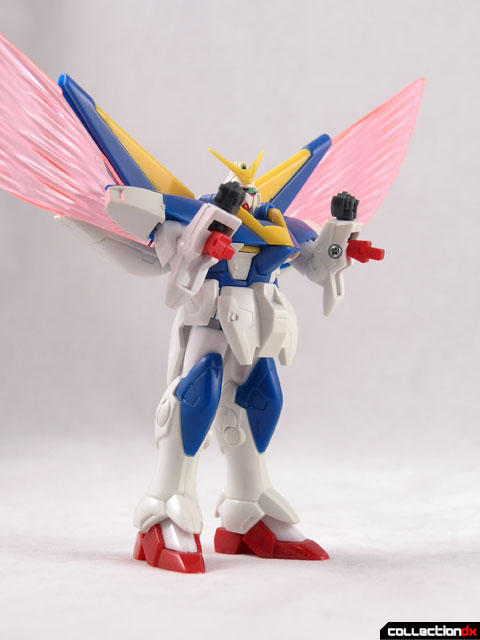 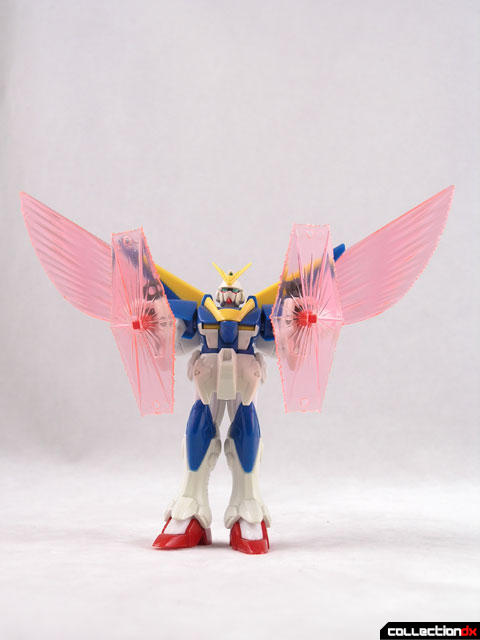 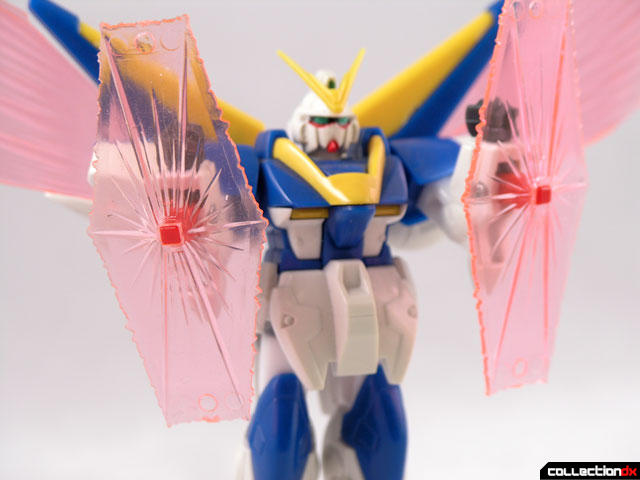 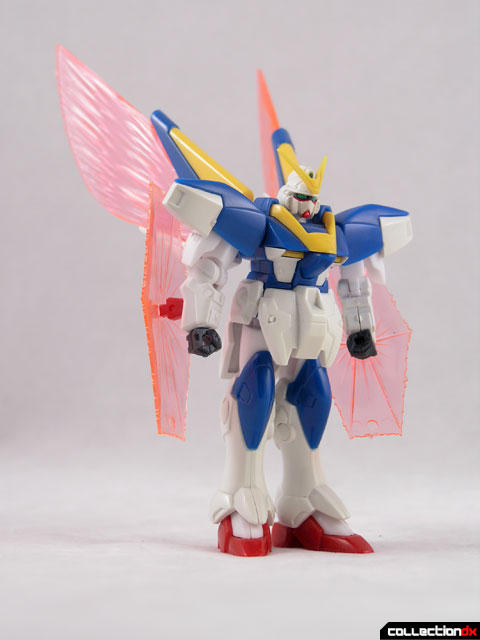 Weapons include two thin clear Beam Sabers, and two beam sabers that look as if they are being waved. 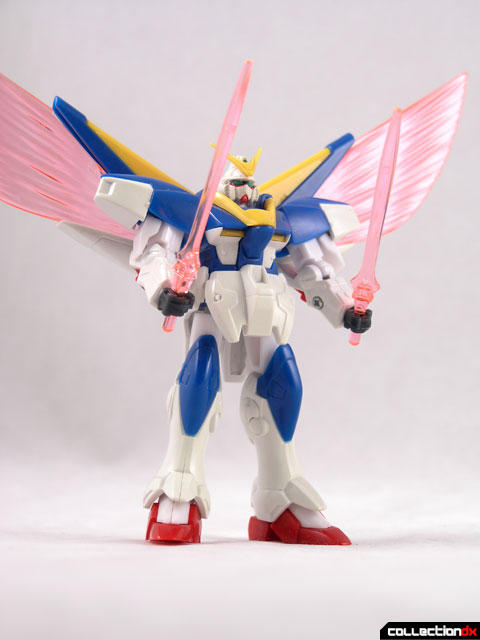 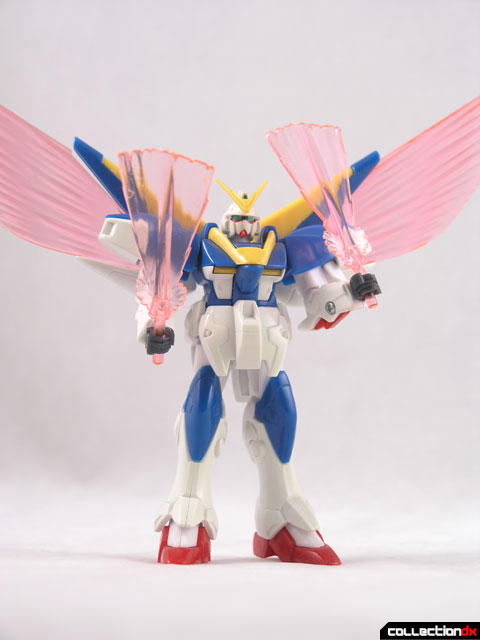 A beam rifle is also included. 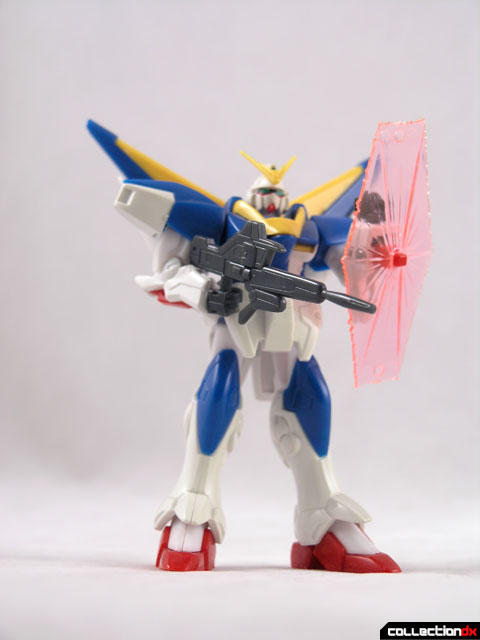 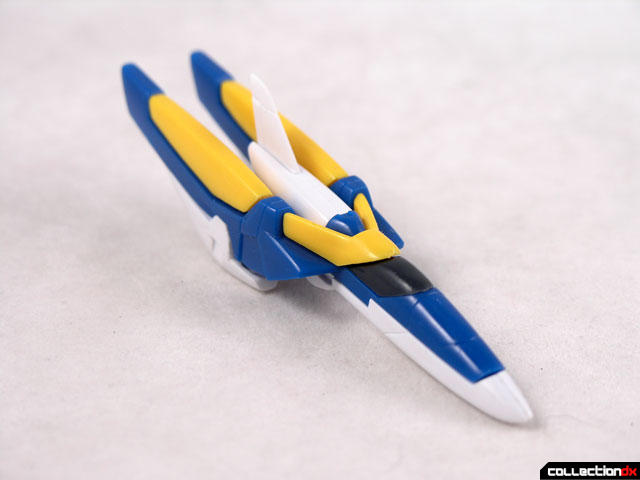 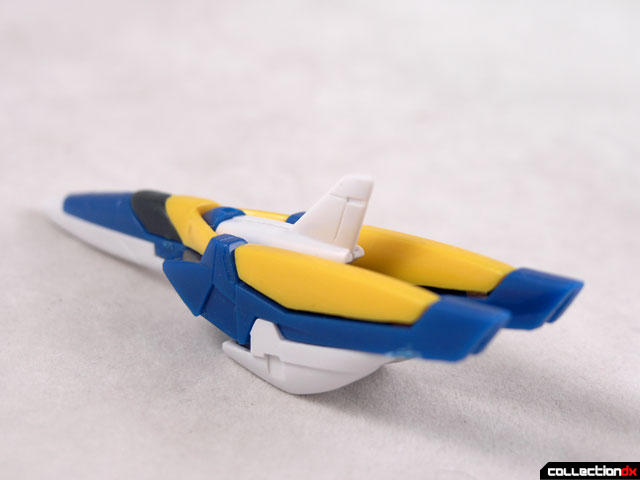 Wait, sorry, I'm kind of confused after reading this. What makes this an excellent entry in the series and what makes it a lackluster release? The former point doesn't really have anything presented for it and the latter just seems to come out of nowhere.

It's called "josh wrote one part and forgot what he wrote the other part". See, this is why I need Ben to proof all my reviews.

Haha, that clears that up.