This is the mid size version of the Mighty Morphin' Power Rangers Megazord. This is not the big DX combining Megazord; this is a smaller, cheaper 8" version that separates into 3 pieces. 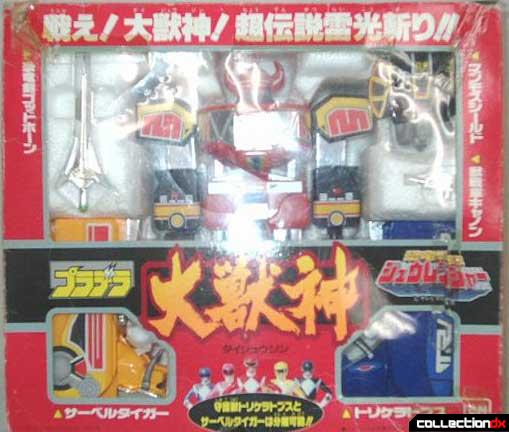 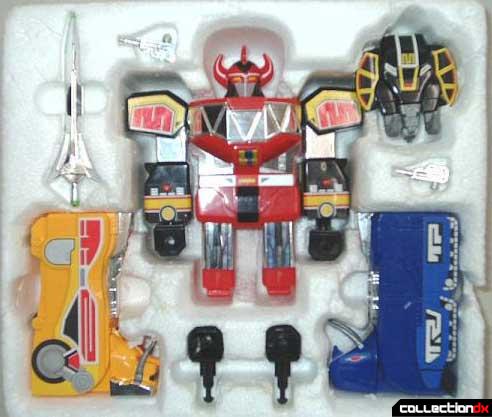 The toy is the domestic version of the Puradera Daijuujin (Daizyujin) from Dinosaur Task Force ZYURANGER. Puradera translates to "Pla-Deluxe" (plastic deluxe), a cheaper line of robot for the Japanese market. The line is designed to provide an affordable alternative to Japanese consumers. The original toy was released in 1992. 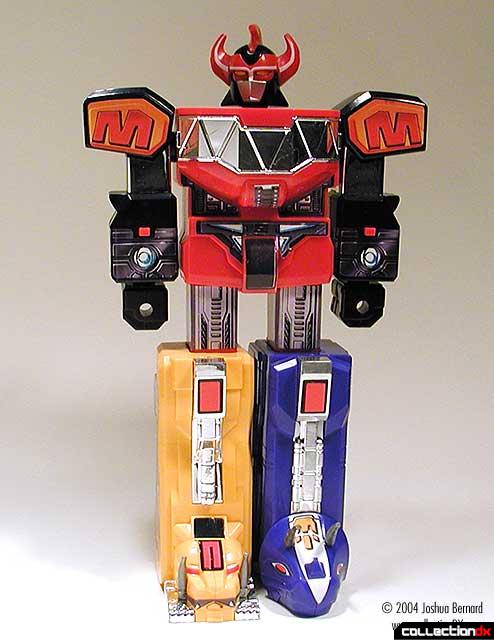 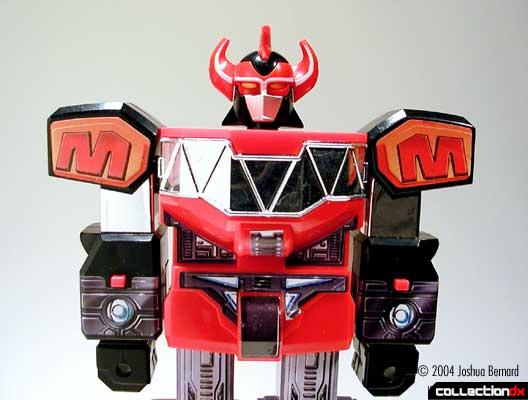 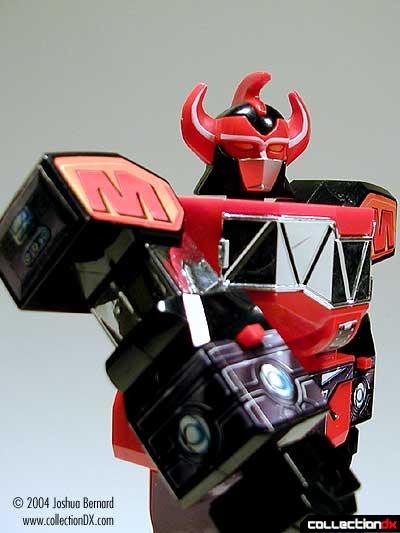 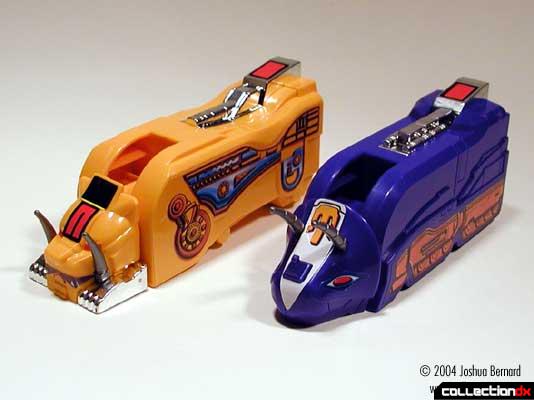 The toy itself comes with a cool launching fists feature. It also comes with a sword and shield. The legs of the Megazord can be removed, and the feet turn down to make a somewhat alternate mode. The legs and main section have wheels on the back to roll around on the floor. The US version appears to be identical to the Japanese version.

3 comments posted
So lovely. It gleams,

So lovely. It gleams, shimmers, and exudes charm. If only that shoddy remake on the shelves resembled this lovely specimen.

Do you recall how much you paid for this piece? Just curious.

Getting back into super sentai, I'd loved to see some more Super Sentai/Power Ranger toy reviews in the future. Especially more obscure stuff.